In the coming year, we should expect to see stricter laws to expose 'greenwashers' and rising demand for clear disclosure and reporting standards.

The prolonged coronavirus pandemic continued to force seismic shifts in public policy and company behaviour. It brought about important fixes in the financial system and altered how businesses reacted to the impacts of climate change.

Before this year’s COP26 climate conference in Glasgow, more than 1,000 companies had committed to adopt science-based targets to reduce emissions in line with the Paris Agreement goals. At the landmark summit, governments and businesses put forth more grand pledges and ambitious plans to decarbonise.

These governments and corporates, however, have given scant detail on how they plan to meet their climate pledges. In the year ahead, there would be a need to push for more transparency, to ensure that the promises are matched with genuine action. The key outcomes from COP26 are expected to influence climate action.

Eco-Business identifies seven major trends that will shape business and society in 2022.

Stock exchanges around the world have been seeking a larger role in pushing companies to decarbonise.

The United States is looking at mandatory disclosure on climate risks, and for its securities and exchange commission to develop a rule by the end of the year. The United Kingdom said it will introduce mandatory climate-related financial reporting for the first time.

In Asia, the Singapore bourse unveiled a roadmap for climate-related disclosures to be made compulsory in sustainability reports, while Japanese regulators are mulling mandatory climate risk disclosure requirements starting April 2022.

India and China have already come out with mandatory reporting rules, while most Southeast Asian countries are recommending companies to report their emissions, though the requirements are not obligatory.

“Regulation pushes companies to make the information available to a larger audience, but pressure also comes from various stakeholders including consumers. Sustainability disclosure necessitates a global partnership where everyone plays a role,” said Mishra.

2. Companies’ net zero pledges will be put to the test

Advances in regulation will force companies to start getting serious about their net-zero goals, exposing those who are making empty promises.

An analysis released in October found that a fifth of the 2,000 largest publicly-listed companies in the world have committed to a net-zero strategy. However, the report also revealed that many of these companies either do not count emissions produced by their supply chains, or depend on unreliable strategies to offset their carbon production. 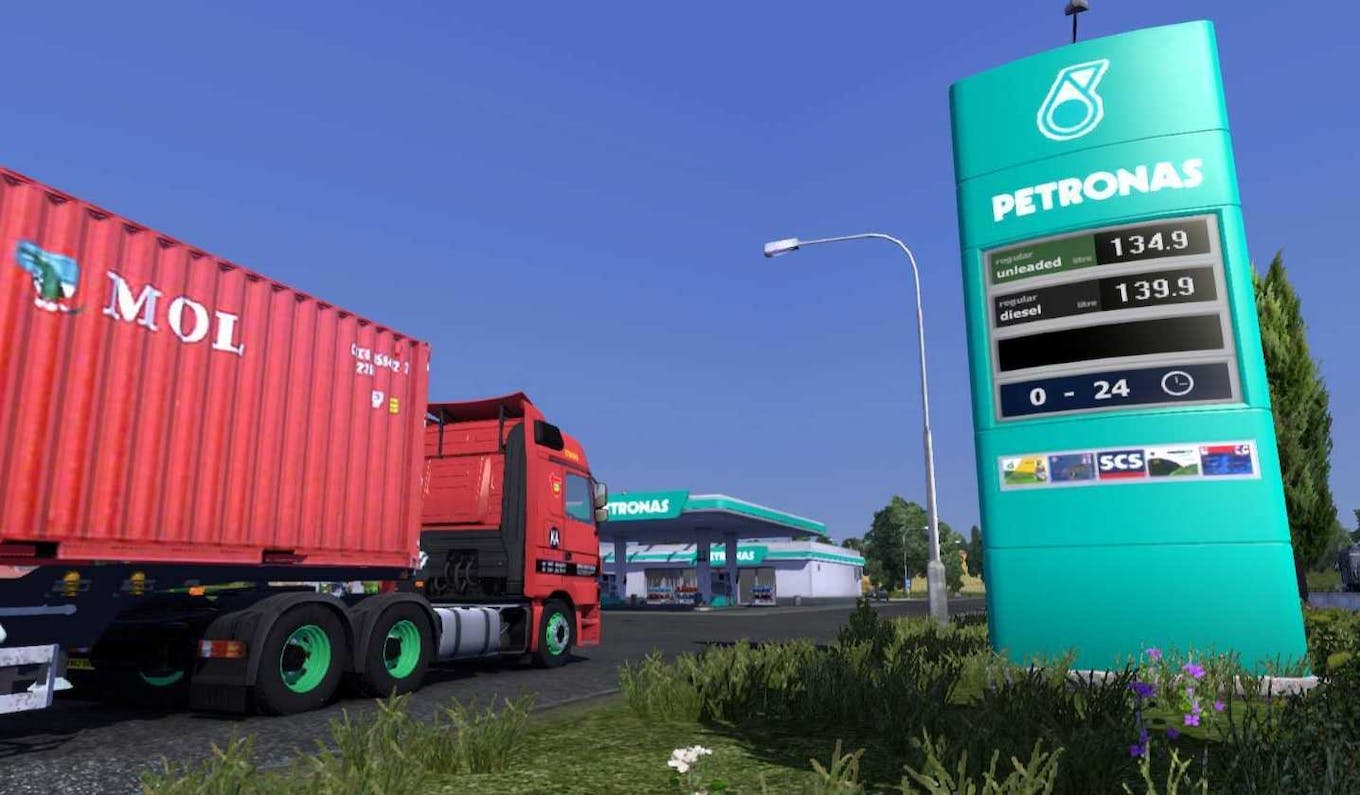 Malaysian oil and gas giant Petronas declared that it was going to be carbon neutral in 2050, but noted it only as an “aspiration”, and not a science-based target that aligns the firm with the Paris Agreement. Image: Euro Truck Simulator 2 Malaysia

The United Nations (UN)-backed non-profit Science Based Targets initiative (SBTi) is helping companies translate the Paris Agreement’s goal into concrete measures by accrediting only companies that have serious carbon-mitigation plans, to eliminate greenwashers.

Companies must then develop a concrete plan and detail how they will report on and bring about the emissions reductions that will bring their company in line with the level of decarbonisation required to keep global temperature increase below 2 degrees Celsius, compared to pre-industrial temperatures. Most companies will require deep decarbonisation of 90 to 95 per cent to reach net-zero under the standards of the SBTi.

3. Regulation tide moving towards strengthening the ‘S’ factor in ESG

Regulators are coming up with clearer measurements of the “S” or the social factor in ESG.

Germany adopted a new suppy chain law that requires companies to ensure human rights standards at all tiers of their supply chains. The UK provided a clear-cut methodology to calculate the pay gap between its male and female employees.

The year 2021 also saw a  European single access point, a centralised platform allowing access to publicly disclosed information on financial services, being pioneered. The impact it brings about will likely trickle down to Asia-based companies.

Australia’s modern slavery law is set to commence on 1 January 2022, where government agencies and local councils will be required to take reasonable steps to ensure that the goods and services they procure are not the product of modern slavery.

COP26 blazed a trail in strengthening social issues through its adoption of a landmark deal where more than 100 world leaders promised to end and reverse deforestation by 2030.

This would not be possible without heavy consultation with farmers on the ground, said Pat Dwyer, founder and director of The Purpose Business, a Hong Kong-based sustainable business consultancy.

“This year’s COP allowed us to keep 1.5°C alive [and that] it isn’t purely about fighting coal. Rather, it is about all the interconnecting issues, such as issues involving deforestation, methane, or reporting and transparency,” she said. “This is a very human and ‘S’-centric approach to solving what is essentially a ‘E’ or environment problem.”

4. Illegal fishing at a turning point

An agreement to remove harmful fishing subsidies and halt global fish meltdown is set to be finalised by the end of February, in a bid to end over 20 years of negotiations to prohibit funds which enable overfishing.

Every year, more than US$20 billion of taxpayers’ money finances harmful fisheries subsidies around the world.

The World Trade Organization (WTO), which deals with the global rules of trade between nations including rules regarding fishing, was set to meet end-November in Geneva, Switzerland to come up with the consensus. But after an outbreak of the newly announced Covid-19 variant, Omicron, the meeting was postponed. 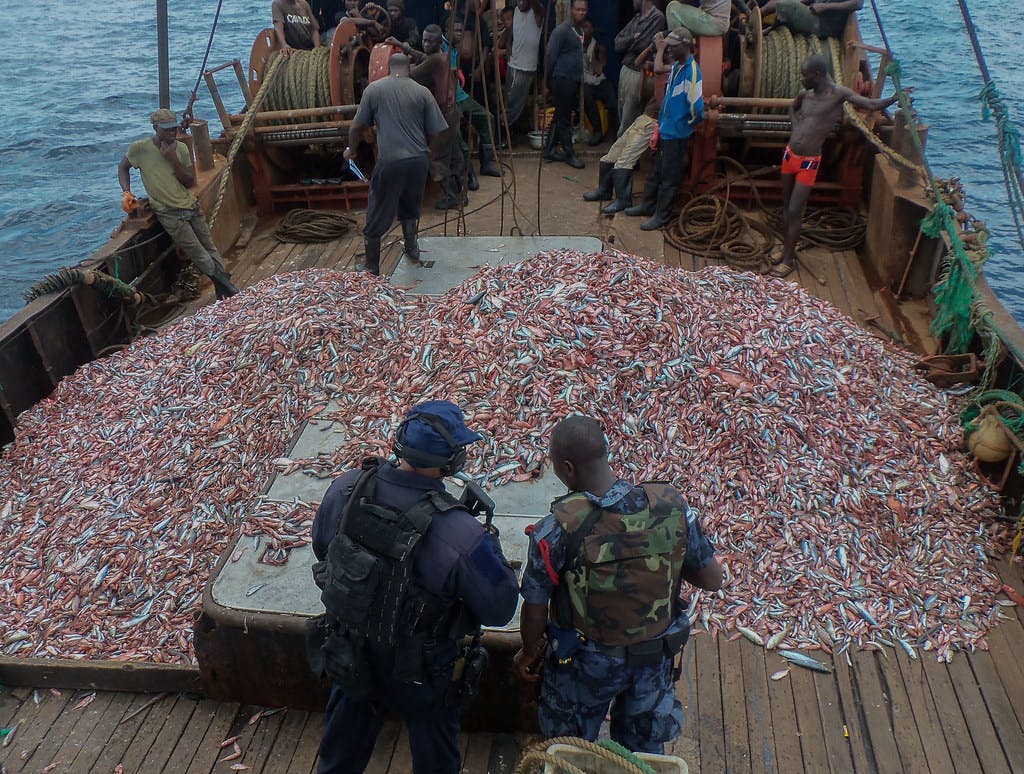 WTO director-general Ngozi Okonjo-Iweala said she had spoken to several ministers to push through with online meetings among ambassadors and experts, to arrive at an agreement.

Okonjo-Iweala comes from a country familiar with the environmental and social cost of overfishing. West Africa has been significantly impacted by industrial fishing by distant-water fleets operating with generous fuel subsidies from their home countries.

“This does not mean that negotiations should stop,” she said in a statement. “On the contrary, delegations in Geneva should be fully empowered to close as many gaps as possible. This new variant reminds us once again of the urgency of the work we are charged with.”

5. Natural gas and nuclear energy poised for a comeback

The gas industry has fervently been pushed as a climate-friendlier alternative to coal. As Asia shifts to a lower-carbon economy, many now see gas as a ‘bridging fuel’.

UK-based consultancy Wood Mackenzie predicted that the region will see 60 per cent of global gas demand growth over the next three decades, with the largest increase expected in emerging markets across South and Southeast Asia.

In the Philippines, where dwindling gas reserves and the absence of new finds have spurred the country’s shift towards importing LNG, the infrastructure boom amounts to US$13.6 billion worth of planned import terminals, power plants, ports, regasification facilities, and pipelines.

A global rehabilitation of nuclear power, which produces no greenhouse-gas emissions, will also likely gain ground in the coming year.

China, the third biggest nuclear energy consumer in the world after the US and France, is set to build its first small modular nuclear reactor to keep with its ambitious goal to lead the world in nuclear.

Ten years after the Fukushima disaster, its share of primary energy use has waned, but more countries will seek to imitate France, which derives about 70 per cent of its electricity from nuclear energy.

A COP26 declaration to sell only cars and vans with zero emission by 2040 or earlier will signal more manufacturers, especially those in emerging and developing markets, to shift to electric cars in the year ahead.

To support them, the UK presidency announced a more than US$5 million initial contribution to the Global Facility to Decarbonise Transport, a facility created by the World Bank this year. 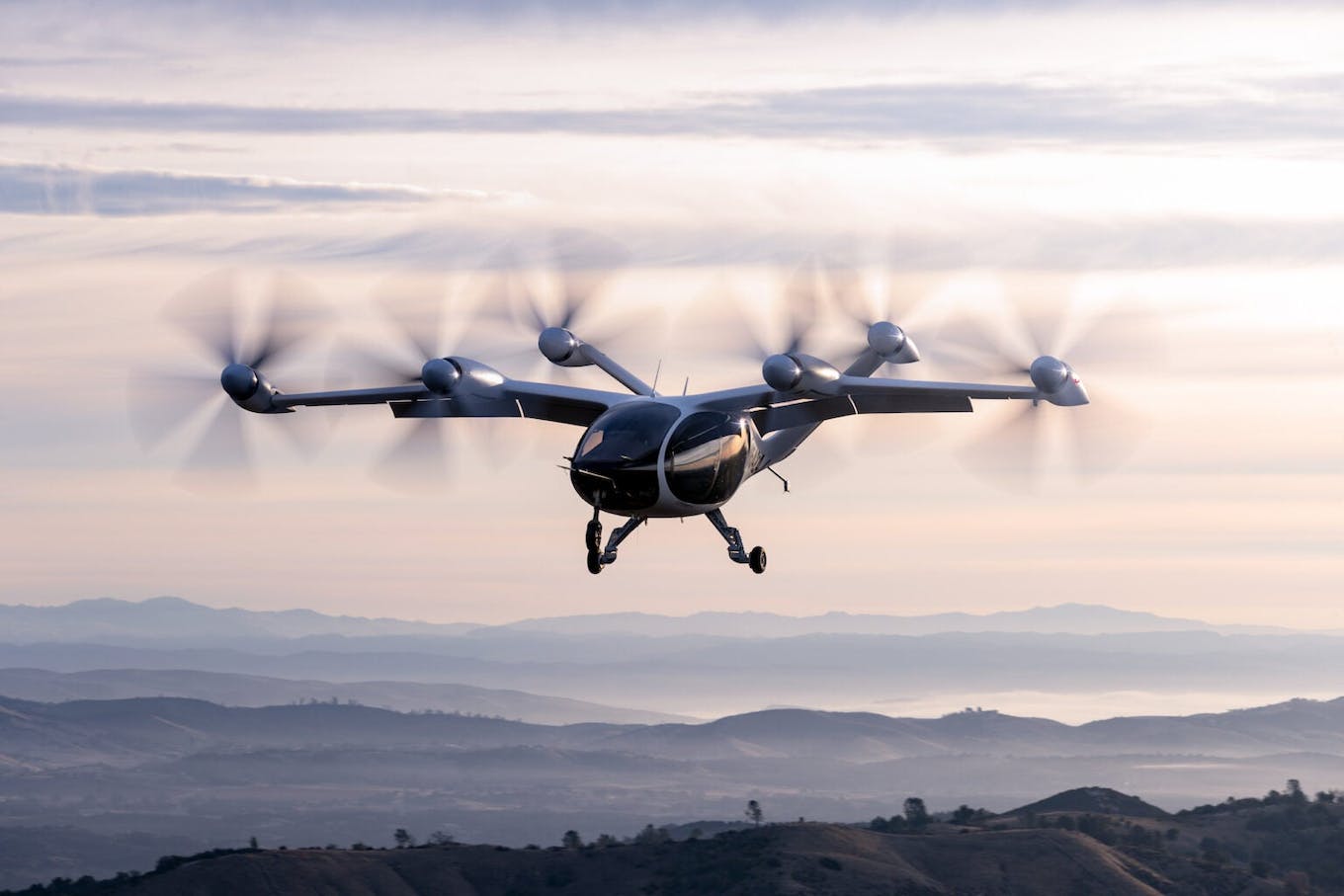 Aside from efforts to modernise road transport, more sustainable aircrafts will be manufactured in 2022. Toyota-backed Joby Aviation, based in California in the US, plans to build more than a dozen of its five-seater electric air taxis. Pilot tests will also happen in the year ahead as passenger planes with hydrogen fuel cells will make its first flight in the summer at Delft University of Technology in the Netherlands.

French multinational Michelin Tire has signed up to ship some of the tires it makes in Nova Scotia, Canada across the Atlantic to France on a cargo vessel powered mainly by sail, to reduce its greenhouse gas emissions. The service will reduce fuel consumption by up to 20 per cent, said the company.

Covid-19 is a stark reminder to stakeholders that safeguarding natural capital would have the biggest impact on climate, ecoonomies and health. The world will likely see new nature-based solutions emerge in the coming year.

Rumah YAPEKA, an Indonesian nonprofit conservation and community development organisation, has begun the process of developing plans to protect and restore seagrass ecosystems through community-led activities.

Seagrass is one of the most productive ecosystems in the world as they nurture fish populations and weaken storm surges but it has been disappearing due to overfishing, coastal development, and climate change.

Growing seaweed offshore is another emerging trend, where the first seaweed farm in US tropical waters was installed in Puerto Rico, to support large-scale production of algal biomass for biofuels and other valuable bioproducts.

Have we missed any new trends? Let us know by writing to news@eco-business.com or leave a comment in the comment box. This story is part of our Year in Review series, which journals the stories that shaped the world of sustainability in 2021.