From lab-grown wood to panties made from waste milk, Eco-Business highlights the top sustainability innovations of another problematic, pandemic-stricken year when humanity needed solutions.

In a year beset with environmental and social problems made worse by a pandemic that refused to go away, scientists, engineers and other types of clever people found solutions to the world’s most pressing problems.

From lab-grown furniture to net-zero alcohol, Eco-Business highlights the sustainability innovations that gave humanity a bit of hope in another troubling year. 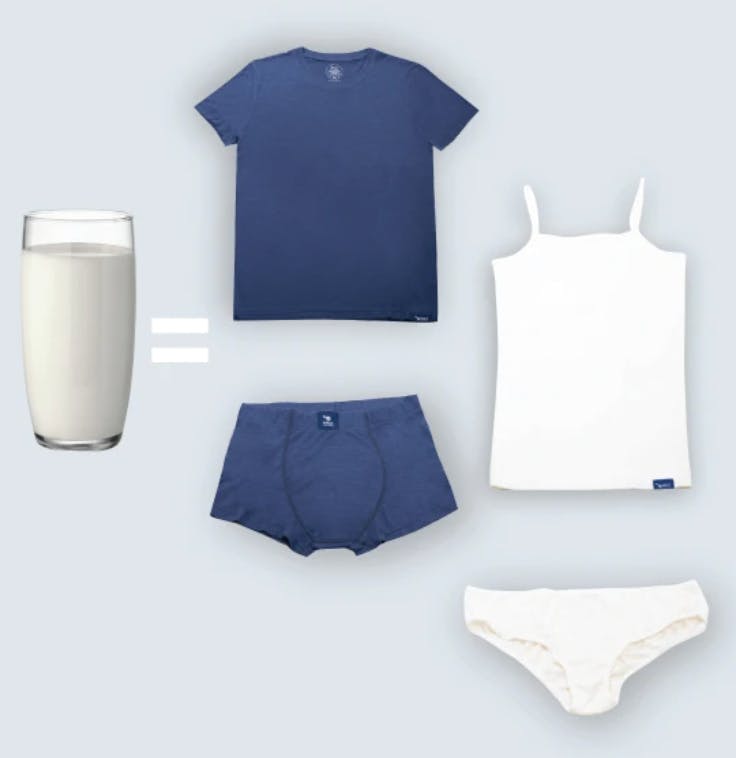 Underwear made from waste milk doesn’t sound particularly hygienic. But United States-based sustainable fabric brand Inner Mettle claims to be able upcycle underwear from surplus milk. The underwear is natural, breathable and super-soft, according to the manufacturer, which also makes shoes from recycled lycra and vegan suede.

Loggers take note. Furniture could soon be produced in a laboratory. Massachusetts Institute of Technology (MIT) boffins say they can rear in a lab what would take decades to grow in nature. They could even engineer the wood tissue to grow into the specific shape of the chair or table. “Trees grow in tall cylindrical poles, and we rarely use tall cylindrical poles in industrial applications,” Luis Fernando Velásquez-García, a principal scientist in MIT’s Microsystems Technology Laboratories, told Fast Company about his research paper, published in Journal for Cleaner Production. “So you end up shaving off a bunch of material that you spent 20 years growing and that ends up being a waste product.” Though the research is still in its infancy,  MIT’s researcher say this could be the beginning of a new way of producing biomaterials that could also help to replace single-use plastics.

Producing a single bottle of vodka emits an average of 6 kilogrammes of carbon, according to New York-based carbon-neutral alcoholic spirits startup Air Company. The company produces carbon-negative vodka, making their alcohol from recaptured CO2 and takes an extra 45 grammes of carbon from the air in the process. Air Company’s carbon-neutral booze clinched a prize at Fast Company’s World Changing Ideas Awards this year.

Surfing to save the ocean 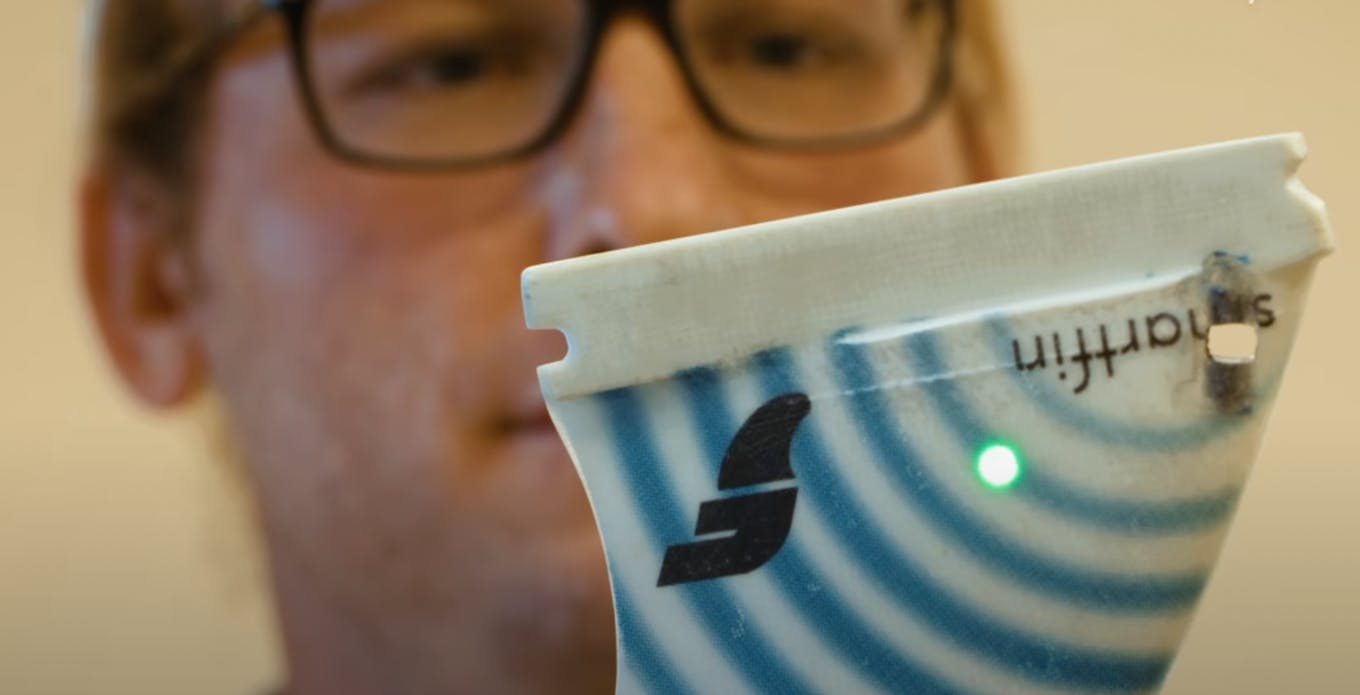 A surfboard that measures water acidity, temperature and wave movements could be used to find out more about the declining health of the ocean. “The reason these parameters are important is because they’re changing directly as a result of climate change,” says Dr Andrew Stern, founder of Smartfin, in a video interview with Great Big Story. “We have detailed information about the deep ocean, but very limited accurate information about the near shore.” Data is collected from an implant in the surfboard’s fin and sent the user’s phone for analysis.

The sort of invention that should have been invented ages ago and before disposable coffee capsules made from aluminium and plastic began lining landfills: coffee capsules that actually breakdown in the environment. The Nexe Pod, developed by plant-based materials design firm Nexe Innovations, is for people who want to drink half-decent coffee instantly, without worrying as much about the packaging footprint of such convenience (because they’re already worrying about the deforestation footprint of the coffee). Nexe Pods are plant-based, compostable in just over a month, non-toxic in soils and and can apparently fit more coffee than a standard single-serve Nespresso capsule. “We are chasing the compostability side of the market,” said Nexe Innovations president Ash Guglani in an interview with Proactive in May. “There’s a lot of recyclable alternatives out there. But recycling requires work. We’re bringing convenience back to single-serve.” 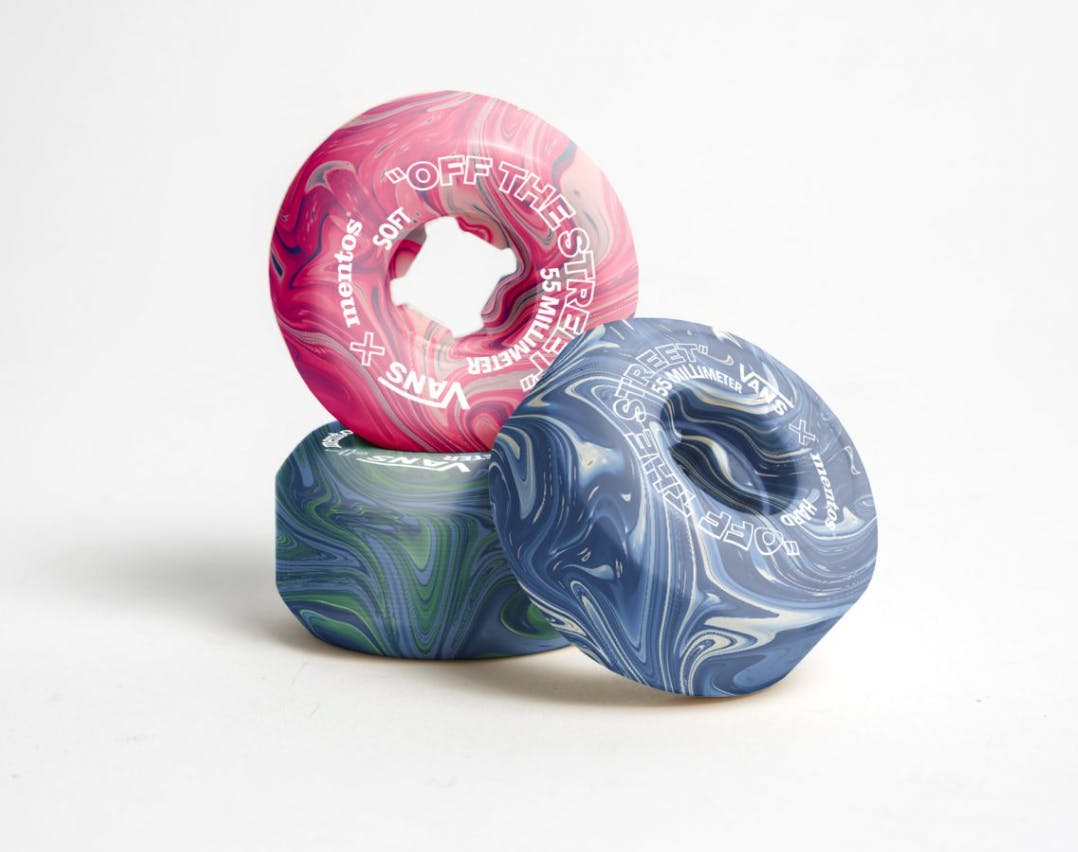 Early versions of chewing gum were made from tree sap, but most modern gum is made from the same stuff as car tyres, a synthetic rubber called polyisobutylene. Image: Dezeen

Skateboard wheels made of recycled chewing gum. Design students Hugo Maupetit and Vivian Fischer, from Nancy in France, found a way to collect discarded chewing gum, encouraging people to stick their used gum on a sign board rather than drop it on the floor. Once 10-30 used gums had been collected, they were melted down and moulded into wheels.

The material most often used for the anode in lithium-ion batteries is synthetic graphite, which is non-renewable. Finish pulp and paper manufacturer Stora Enso says it can replace synthetic graphite with lignin, the sturdy stuff found in the cells and bark of trees, for use in the batteries found in electric vehicles, mobile phones and laptops. 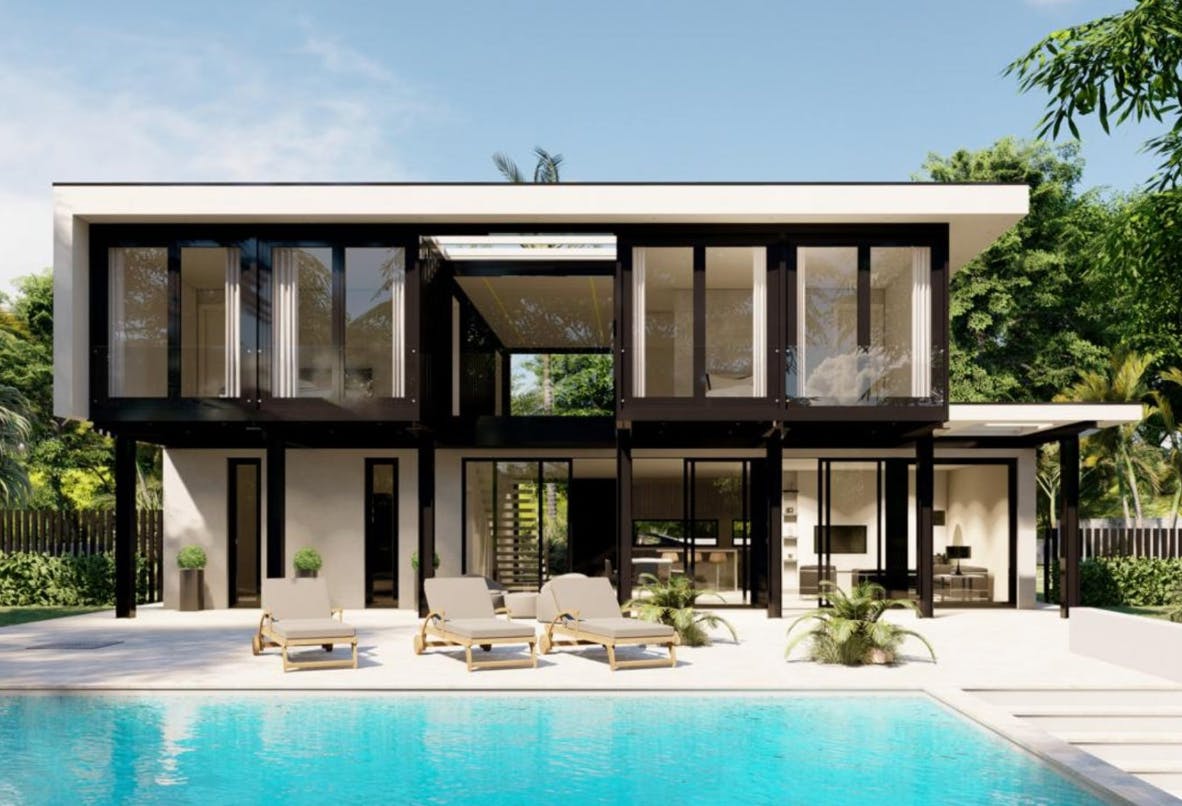 A home made from used shipping containers. Image: Sean Woolley

There’s a growing surplus of shipping containers that have reached the end of their lives. German architects and developers the Schween family teamed up with real estate expert Sean Woolley to create aesthetically pleasing and affordable homes made from used containers in Marbella, Spain.

German chemicals giant BASF has found a way to create the fragrance found in perfume and the flavours found in food from industrial waste. Called n-octanol, the stuff, which is made from a mixture of carbon monoxide and hydrogen, is sourced from steel industry waste. Using this technology, companies will be able to make any product containing n-octanol from municipal and industrial waste gases, replacing fossil fuels in the production process and also preventing them from getting into the atmosphere. 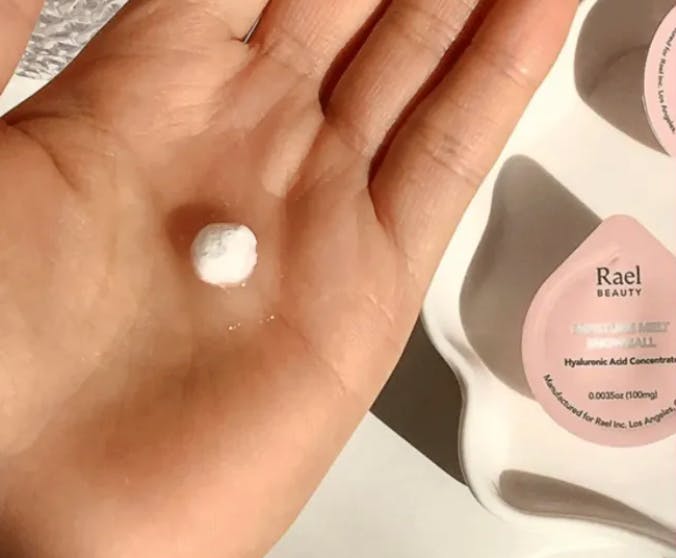 Freeze-drying used to be a popular technique for preserving food for astronauts. Now beauty brands such as Korean brand Saro de Rúe and Beijing-based biotech company Weibo Hi-Tech Cosmetics are using the method for skincare products. Freeze-drying helps the product last longer, as there is no water for bacteria to multiply on, so no need for preservatives, and the product’s ingredients can be transported in vacuum-sealed bags rather than liquid containers, saving on space. If there is a drawback, they still use plastic packaging. 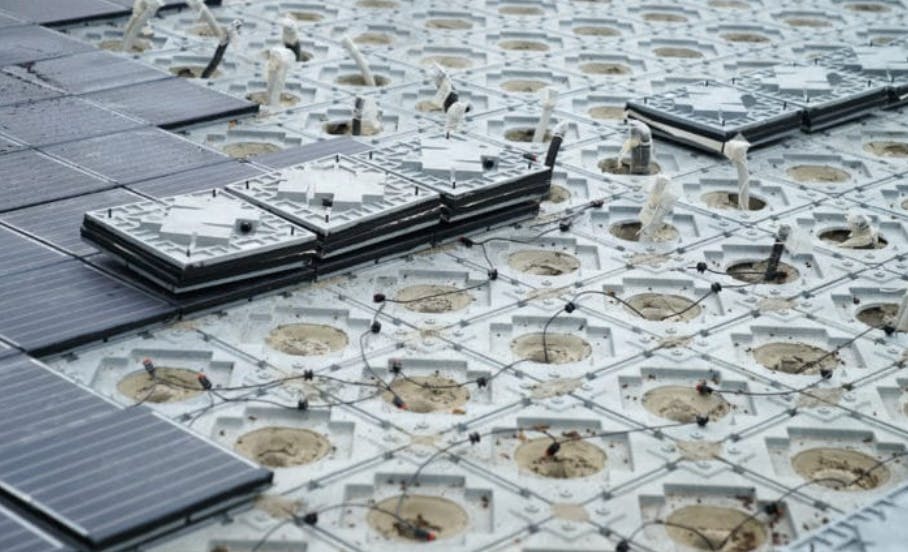 The city of Barcelona is on a mission to achieve net-zero emissions by 2050. To help it do this, it has starting laying solar panels on pathways. The first installation is 50 square metres of photovoltaic panels in a park in the Glòries district. The path will generate 7,560 kWh a year, enough to supply three households. “We’ll have to assess the wear and tear because obviously it’s not the same as putting panels on a roof, although they are highly resistant,” Eloi Badia, who is responsible for climate emergency and ecological transition at Barcelona city council, told The Guardian newspaper. 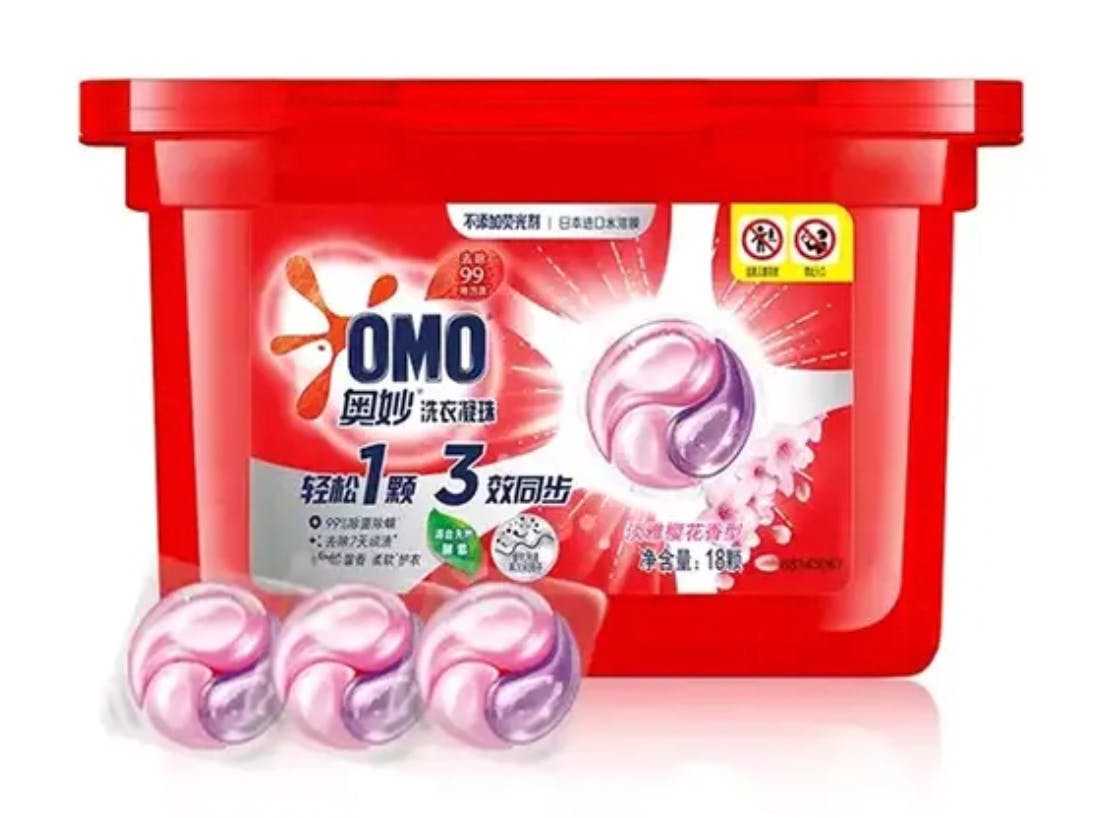 Personal care giant Unilever teamed up with biotech company LanzaTech and green chemical company India Glycols to manufacture laundry capsules made from recycled carbon emissions. Launched in China in April, the capsules are made from recaptured industrial emissions which are repurposed into surfactants, a product normally made using fossil fuels.

Footsteps can be converted into enough electricity to power LED lightbulbs or other small appliances, by attaching an energy-harvesting device to wooden flooring. Called a nanogenerator, the device is based on sandwiching two pieces of wood between electrodes. 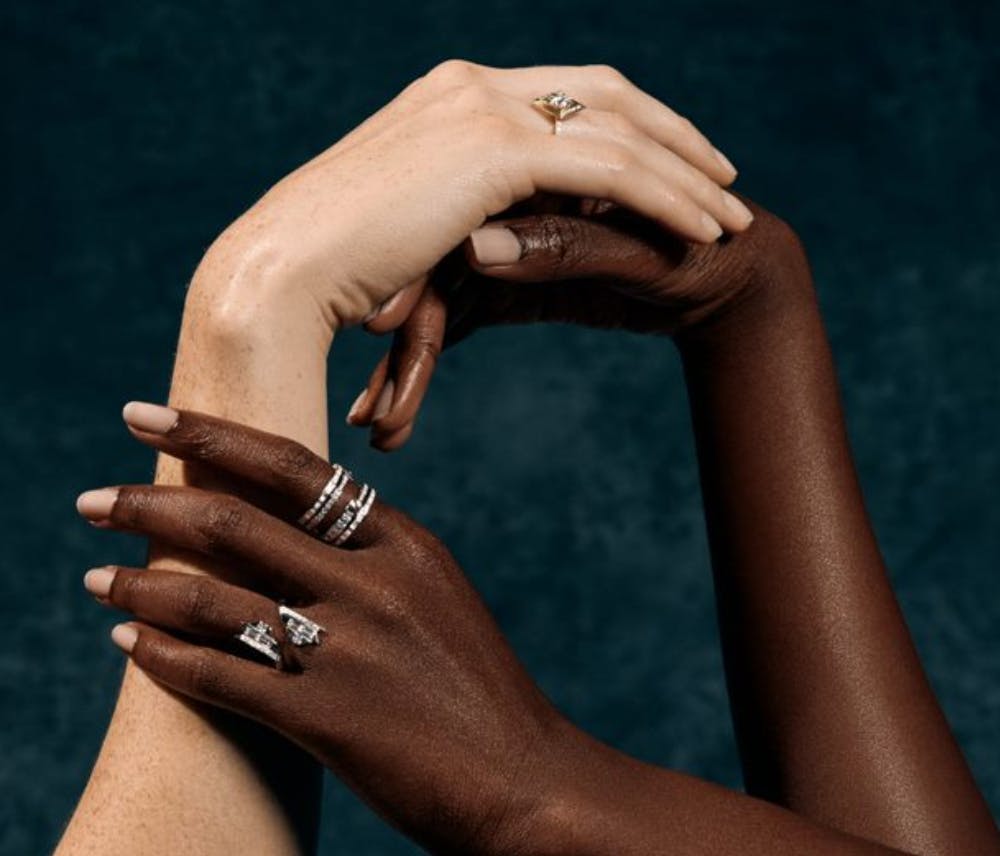 Diamonds are typically dug up or produced in labs. Both methods are environmentally-intensive. US firm Aether claims to make the world’s first diamonds that “help reverse the historical damage done to ecosystems and the environment by the diamond industry.” The company’s atmospheric collectors suck carbon dioxide from the sky, pulling it into specialised filters. The CO2 is then synthesised into the right hydrocarbon for growing diamonds. The raw materials are placed into powerful reactors for the diamonds to be grown. The energy used comes from “renewable and low-emissions sources”, the company told Forbes. The product is now vegan certified.

Have we missed any? Let us know by writing to news@eco-business.com or leave a comment in the comment box. This story is part of our Year in Review series, which journals the stories that shaped the world of sustainability in 2021.