To protect its water resources in the mountains of Dauin, geothermal producer EDC helped slash-and-burn farmers transition to a sustainable farming model that is profitable and environmentally friendly.

Some 860 metres above sea level in the mountains of Cuernos de Negros in Negros Oriental, on a rocky dirt road 40 minutes by scooter from the nearest town centre, is an unexpected tourist destination: the quaint coffeehouse Baslay Highland Brew Coffee.

Barely four years old, the coffeehouse is fast becoming a highlight in Dauin, a municipality 16 kilometres from Dumaguete City, the capital of Negros Oriental province in central Philippines. Dauin is best known for its golden beaches, but it also has verdant mountainous regions, which is where Baslay Highland Brew Coffee is found. 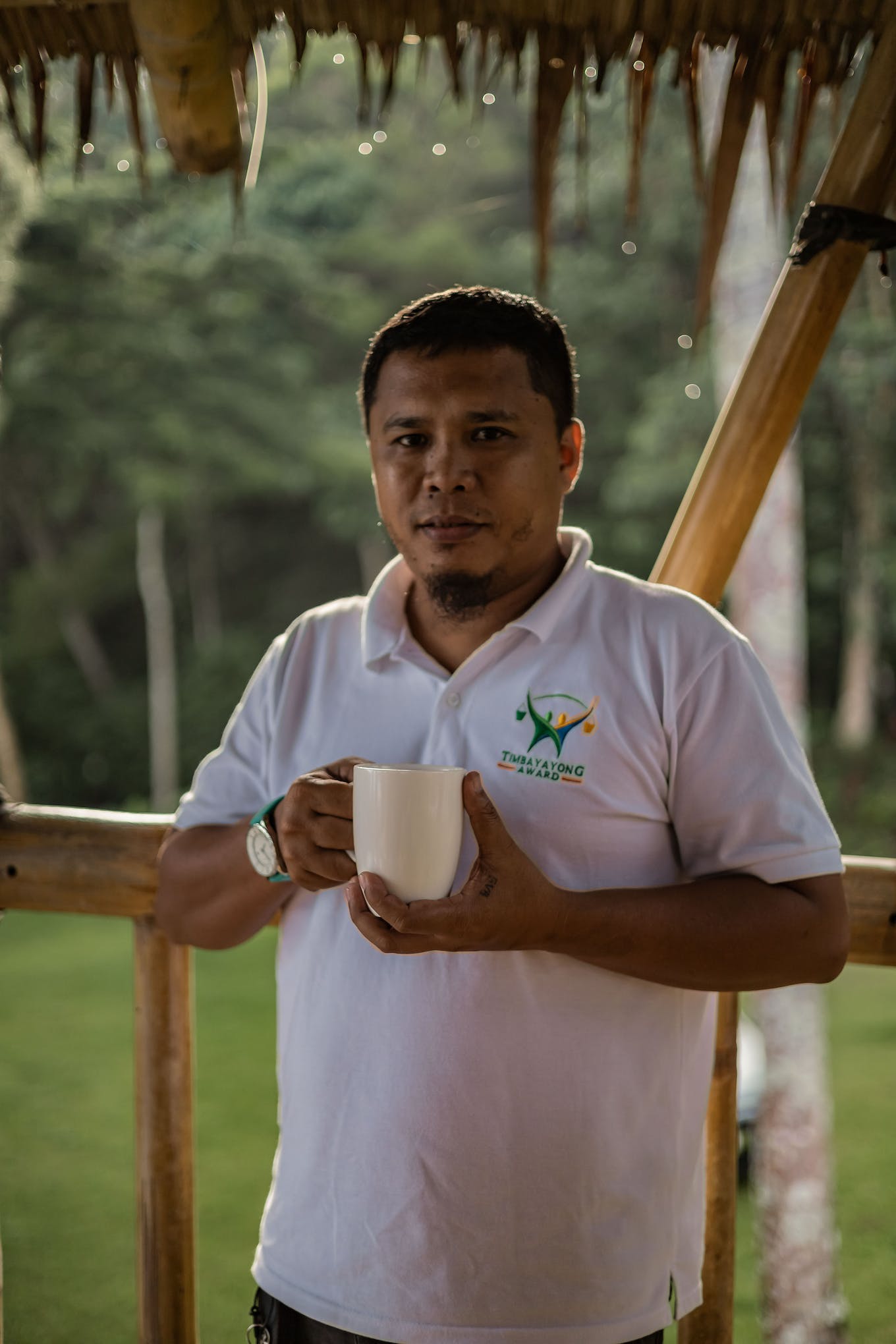 Housed in a three-storey bamboo building, with views of the majestic hill range of Mount Talinis and the Dauin coastline, the cafe serves organic coffee grown in the cafe’s adjacent plot of forest land.

The coffee shop is run by the Baslay Highland Agriculture Cooperative (BASHACO), which was incorporated in 2019. It was formerly known as the Baslay Farmers Association, which was founded in 1985. Now BASHACO comprises 88 farmers who produce coffee using agroforestry, a method which integrates trees and shrubs into farming systems. BAHASCO grows coffee under the cover of nearby woodlands.

The farmers communally own and manage 220 hectares of dense forest land, with some 120 ha cultivated for coffee production. BASHACO produced more than 15 tonnes of coffee cherries last year, which is processed and sold under the Baslay Forest Coffee brand.

Because the cooperative harvests, dries, sorts and roasts its own beans, it cuts out the middlemen—traders and distributors—who often pocket most of the profits.

Coffee farmers are among the most exploited in the agricultural sector of the Philippines. Despite the laborious production process, an average Filipino coffee farmer only makes around 34.95 Philippine pesos per kilogram of beans, or just over 50 US cents.

BASHACO is a cooperative run entirely by Baslay’s farming community, with its members compensated wages for their work cultivating their communal land and contributions to the operations of their cafe, as well as being paid profit-sharing dividends. The cooperative’s senior citizen members have also been afforded an additional monthly rice allowance since early last year.

“The journey from forest destroyers to forest caretakers hasn’t been easy for our farmers. Often, reforestation efforts in our upland communities lead to displacement,” BASHACO chairperson Ruel Perez told Eco-Business in his native Bisaya and Tagalog

“However, without involving the community and addressing the true root of kaingin, which is poverty, most of these programmes don’t prosper. The coffee we now produce is a testimony to our community’s persistence and hard work,” he continued.

There’s a saying that ‘we don’t inherit this world, we only borrow it from the generations after us.’ What I want to leave to my children is a world that is not degraded. A Baslay rich with natural resources.

But it hasn’t always been this way. Three decades ago, the land these farmers tilled was patches of denuded woodland. Subsistence farmers scorched swathes of the land to plant corn and root crops. According to Global Forest Watch, between 2002 and 2021, Negros Oriental lost at least 105 ha of primary forest, some 44 ha of this tree cover loss has been attributed to fires.

BASHACO transitioned to a more sustainable model through the help of renewable energy provider Energy Development Corporation (EDC), under its Binhi initiative. Under this scheme, the power generator partnered with local communities to foster a culture of woodland protection and biodiversity conservation. 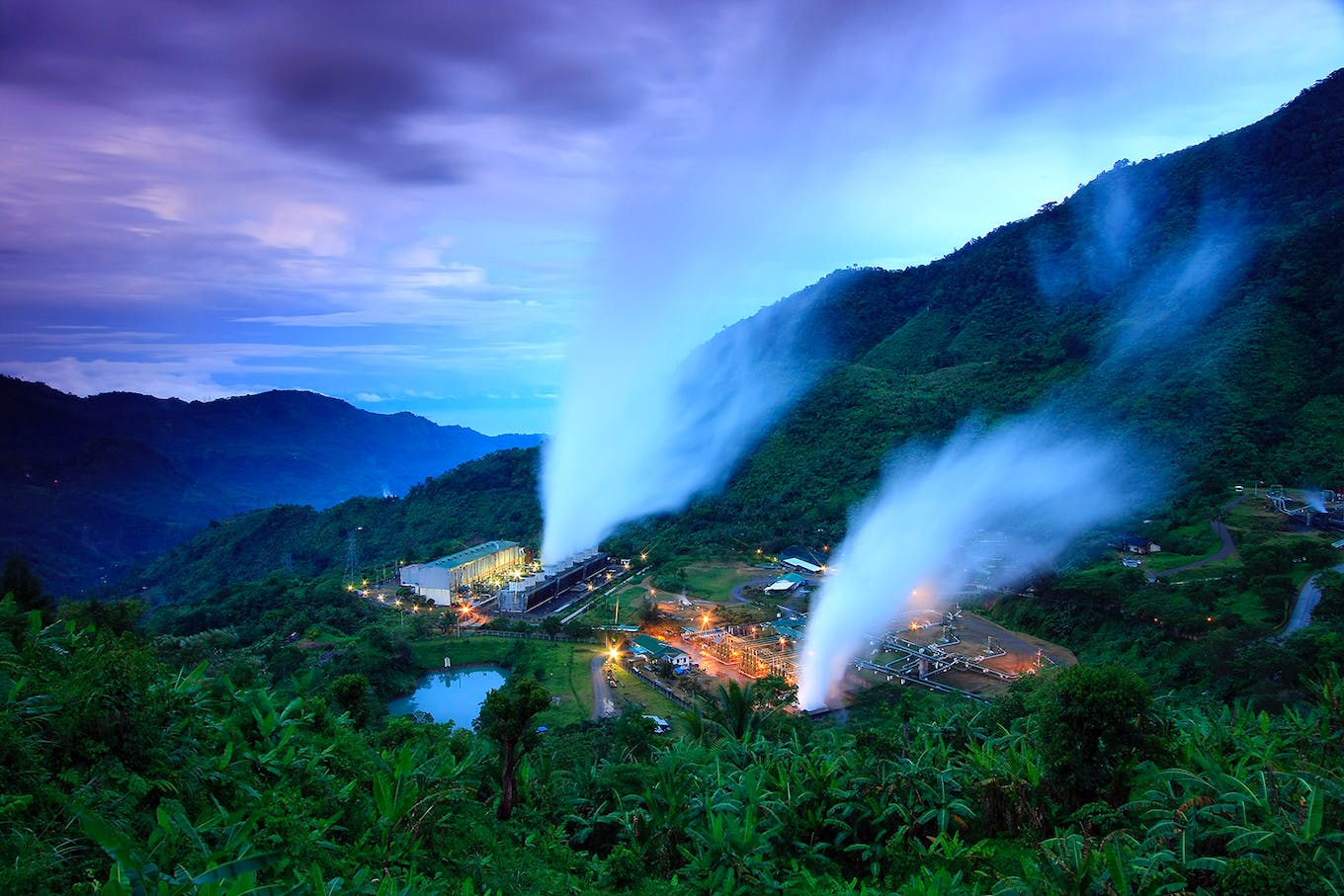 In Negros Oriental, EDC operates the 112.5-MW Palinpinon I and 60-MW Palinpinon II geothermal power stations and the 49.4-MW Nasulo plant. Negros Island is shaped by Mt. Kanlaon, one of the most active volcanoes in the Philippines. Much of EDC’s stations are located adjacent to Mt. Cuernos de Negros, or more locally known as Mt. Talinis. The geothermal potential of the mountain range has made the area the country’s renewable energy hub.

EDC provided farmers with seedlings and training in sustainable farming. It also bore the costs of reforesting the area. Over the decades, Baslay’s farmers have grown increasingly self-sufficient and now EDC’s contributions are geared more toward marketing and connecting the community to institutional partners like the Department of Trade and Industry and the Cooperative Development Authority.

Perez shares that the transition from damaging farming practices to sustainable agriculture took some “25 years of unlearning”. 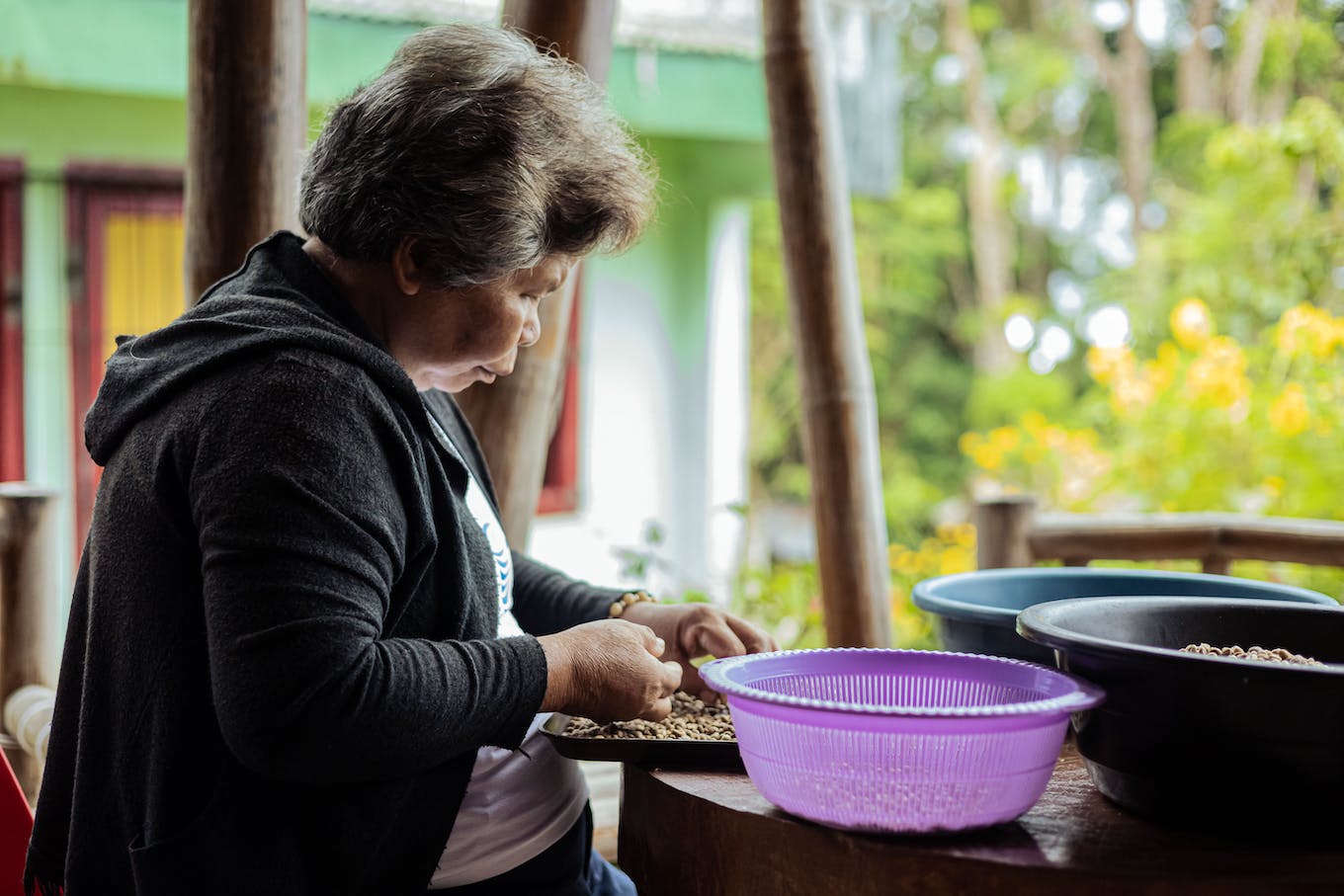 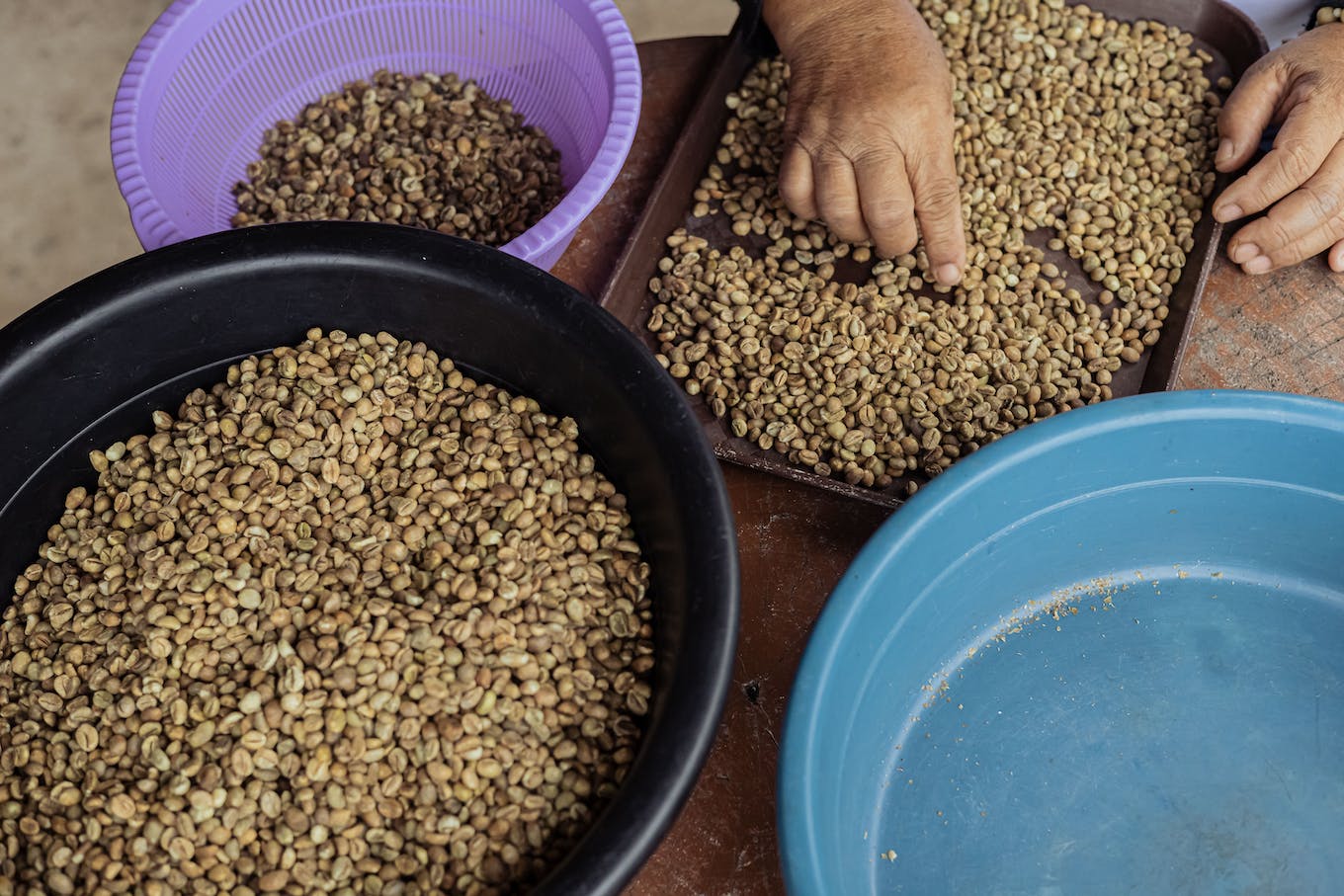 Perez’s parents were among the first cohort of EDC’s reforestation programme in Baslay in 1985, when he was just five years old. He would later join the Baslay Farmers Association as a teen. On weekends, he worked in the community’s plant nursery, where seedlings are grown before being transplanted, for some pocket money and later took himself to school.

He went on to graduate with a degree in forestry from the Central Philippines State University in Negros Occidental. Now, Perez applies his formal agricultural education to bridge the gap between Indigenous farming practices and modern science-based applications, like permaculture.

“I wanted to give back to my community and afford more opportunities for the generations to come in our barangay,” he said, using the local term for a small town or municipality. “I humbly believe I’m already doing so now.”

Negros Oriental’s upland communities, like other mountainous rural areas in the Philippines, suffer from acute poverty. A 2015 Philippine Statistics Authority survey noted that the upland region of Dauin reported a 34.7 per cent poverty incidence, threefold that of capital Dumaguete City at 11.8 per cent.

The company’s southern Negros geothermal steam field and power plants rely heavily on forests to sustain its water resources. Wet steam field technology generates power by pumping water from geothermal wells to the surface. Steam from these reservoirs can then be used to spin turbines and produce electricity. 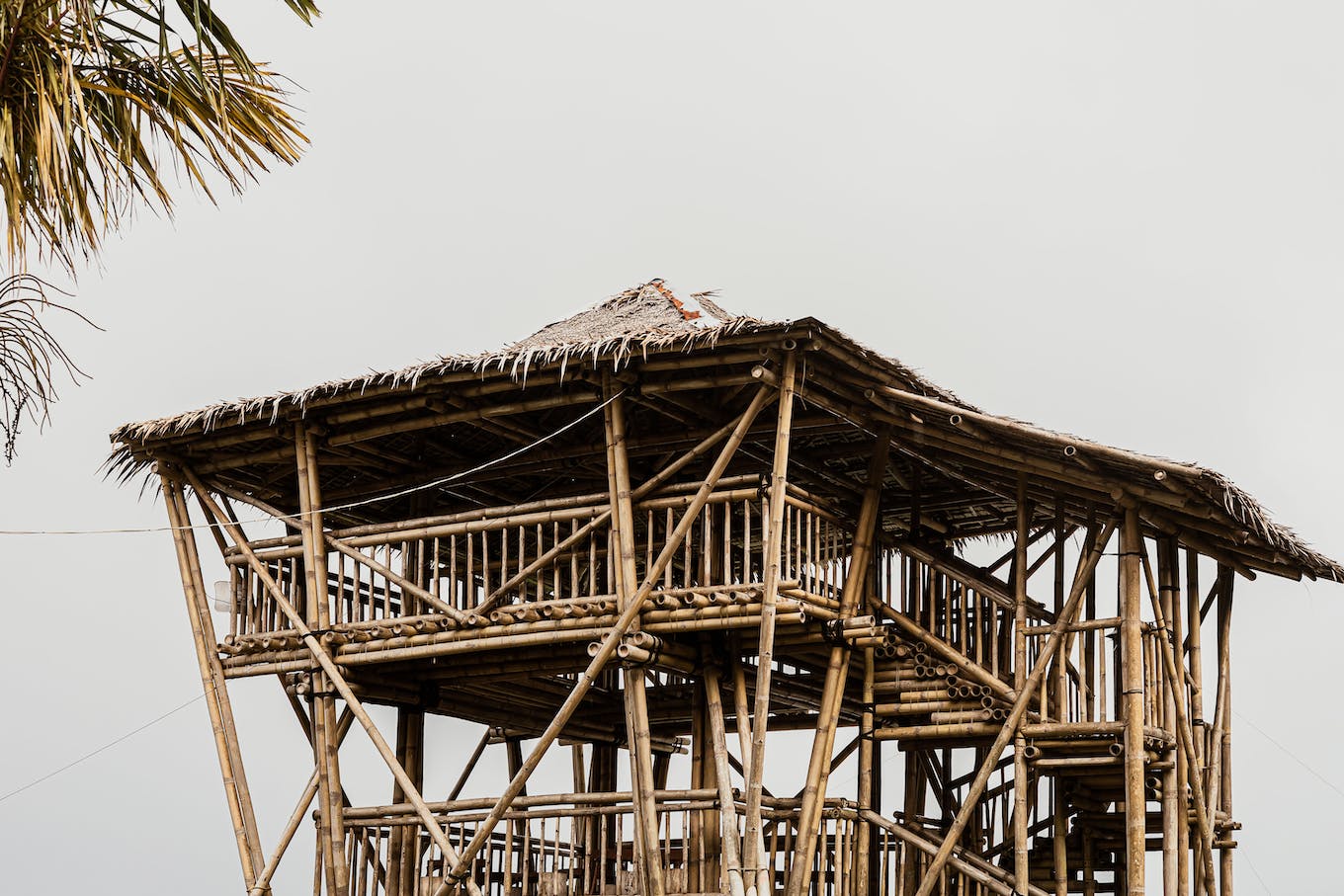 To protect its water resources, EDC has planted over 6.5 million seedlings of indigenous forest trees over at least 9,449 ha of previously degraded watersheds and protected areas in the country.

These efforts have helped to renew Dauin’s biodiversity. The area is now frequented by wild civet cats and has become a refuge for some 113 species of endemic birds and bats.

“What I’ve witnessed [in Dauin] is a symbiotic relationship between EDC, Baslay’s farmers, and the forests of Negros Oriental. The longevity and success of this banner project are owed to the strength of the trust between these partners,” said Norreen Bautista, EDC Negros’ head of corporate social responsibility.

EDC’s vast forest restoration portfolio has enabled it to become a rare “carbon negative” company in the Philippines. While the firm’s annual emissions are estimated at 966,000 tonnes of carbon dioxide equivalent (tCO2e), some 127,608 ha of forestlands and geothermal watersheds that EDC maintains have the sequestration potential of 1.7 million tonnes tCO2e every year, offsetting nearly twice the company’s operational emissions.

“With our operations powered by renewable energy, our energy facilities have significantly lower carbon emissions than national grids, which are mainly reliant on fossil fuels. In comparison, the carbon intensity of EDC‘s facilities is seven times lower than an average coal plant,” underlined EDC in its 2021 integrated report. 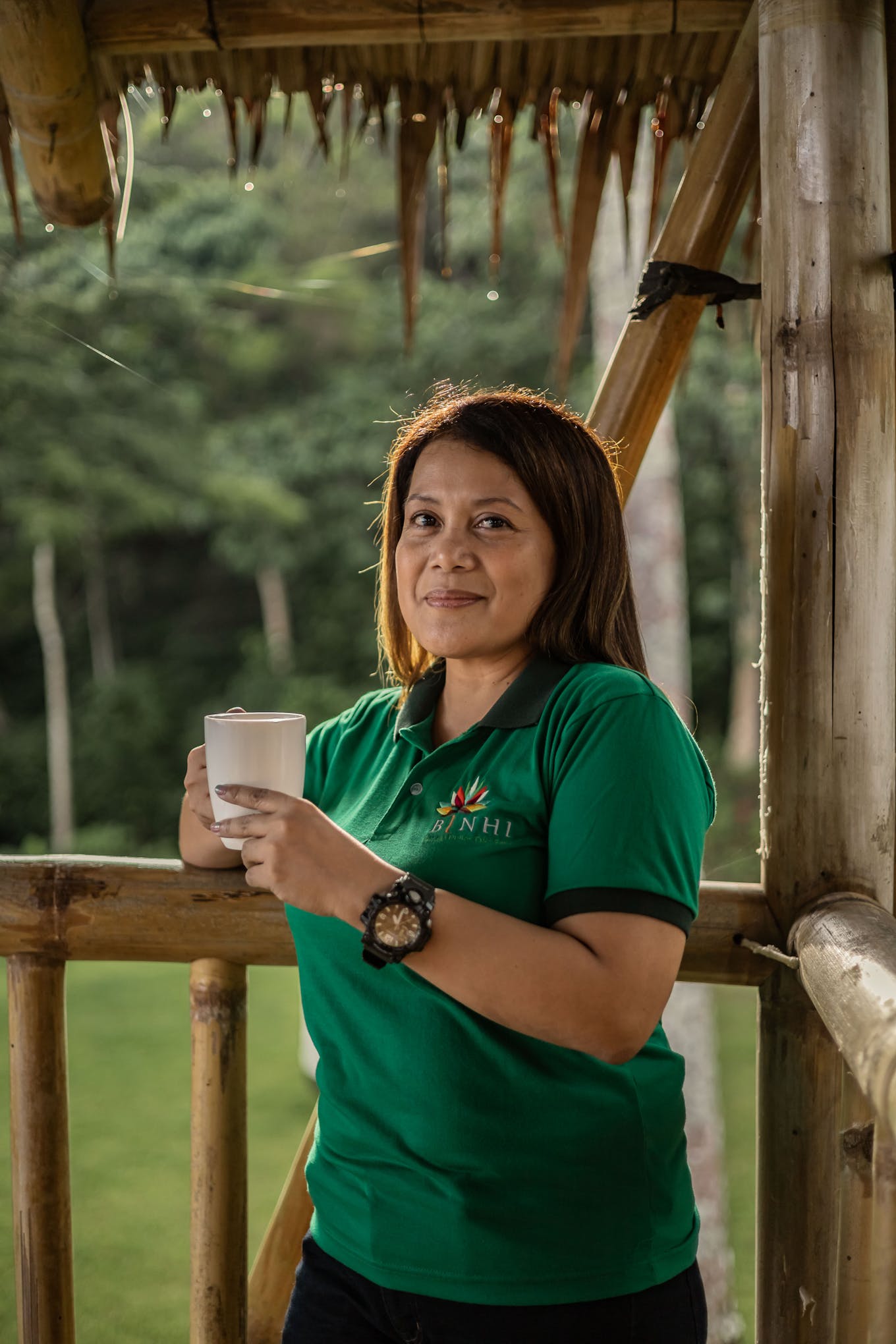 Looking to the future, Baslay’s farmers and forest stewards are exploring how they can tap on other natural resources in their dense woodlands to complement their coffee crop. These include harvesting wild honey and cacao plants, as well as rearing water buffalos for carabao milk.

At the coffee shop, they hope to run a restaurant that serves native cuisine and local produce.

Earlier this year, Baslay Forest Coffee was named in an ordinance as the official town product of the municipality of Dauin.

“It has been inspiring to see the growth of Baslay’s farmers into forest protectors and now coffee entrepreneurs,” said Bautista. “Our initial goal was to empower the community and liberate them [from poverty]. Now, three decades and three generations later, they’re entirely self-reliant, sustainable, and contributing to the protection of Negros Island’s natural resources.”

Perez says: “There’s a saying that ‘we don’t inherit this world, we only borrow it from the generations after us. What I want to leave to my children is a world that is not degraded, a Baslay rich with natural resources.” 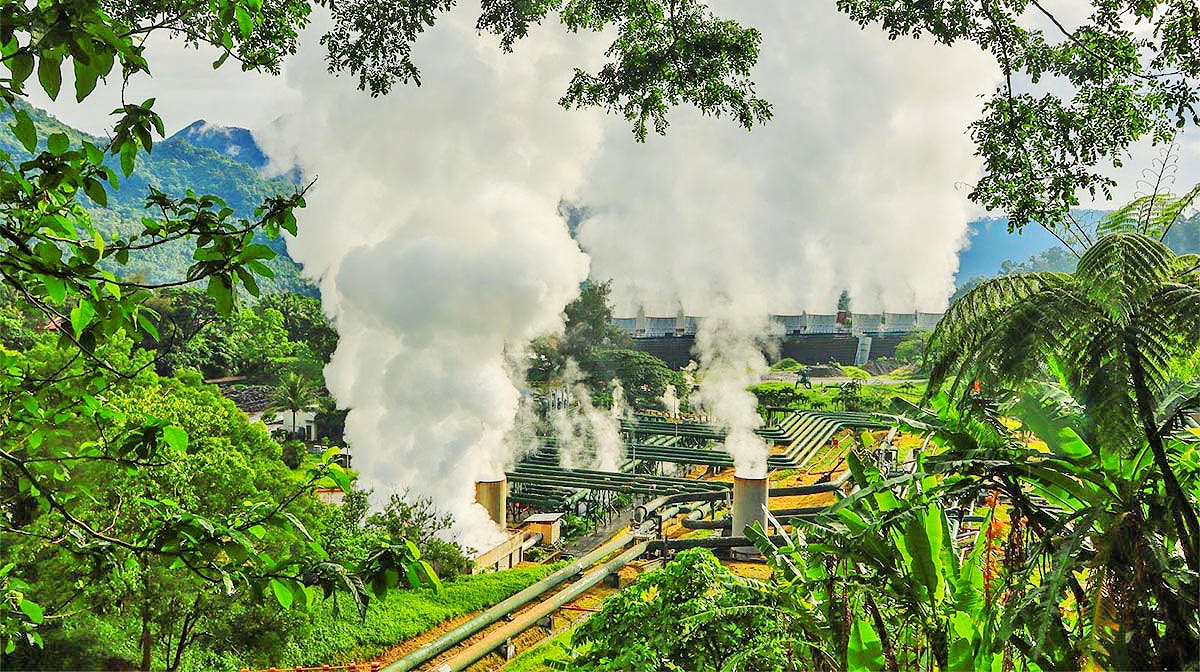