The sustainability of face masks, migrant workers' cramped quarters, and the reinvention of jobs—these were some of the themes related to Covid-19 that drew our readers this year as the virus evolved into more than a public health issue.

When Covid-19 first emerged and began infecting people around the world, it seemed to have limited relevance to sustainable development.

But as all sustainability practitioners now know, the deadly disease is much more than a public health issue. It is no surprise, then, that many of our most-read stories this year are about the pandemic’s impact on Asia’s environment and communities.

While Covid dominated headlines, this was also a year that saw many businesses pledge to curb emissions and continue searching for solutions to waste management, a massive challenge that the region continues to grapple with. Our stories on waste, energy and palm oil were well-received, as they have been in the previous years.

1. Guarding against the coronavirus, sustainably: Are reuseable face masks the answer?

A news story even before the coronavirus was declared a global health pandemic, it reported on the shortage of disposable face masks as the outbreak gained ground. This led enterprising producers to create and sell their own reusable face masks, which are more environmentally-friendly than the throw-away ones if used a minimum number of times, but offer varying levels of filtration.

Our top-read story for the year resonated with readers at a time when hand sanitisers, face masks and toilet paper were flying off supermarket shelves as the public and health authorities digested the latest news and scientific findings about the novel coronavirus. It reflected the search for more sustainable options and, perhaps, offered a glimpse of the surge in use of disposable items that was to come.

2. Covid-19 has made HR the most important job in sustainability

This opinion piece highlighted the role of the human resource manager during a pandemic, as companies grappled with their workforce in lockdown and tried to minimise job losses. It argued that in the post-Covid-19 world order, the role of the Chief HR Officer (CHRO) was likely to become even more prominent.

Written by former diversity and sustainability executive for Unilever Amita Chaudhury and Eco-Business deputy managing director Junice Yeo, the article called HR managers the “most critical sustainability leaders” that businesses could have in the Covid era, as they protect the well-being of their employees, engage them to go the extra mile, and instill a moral compass rooted in sustainable values.

3. Why we will never be able to recycle or incinerate away ocean pollution

In another opinion piece, Vincent Kneefel and John Duncan of the World Wide Fund for Nature argued that while improving recycling systems is fundamental to improving the plastic pollution problem, it is not nearly enough to effect transformative change.

Challenging readers to rethink quick fixes and new wonder materials that promise to solve our erstwhile battle with plastic waste, they said packaging redesign and a shift to reusable materials is essential. All plastic packaging should be reusable, recyclable or compostable, and a global binding international agreement that increases accountability for all stakeholders will also drive progress on the issue. 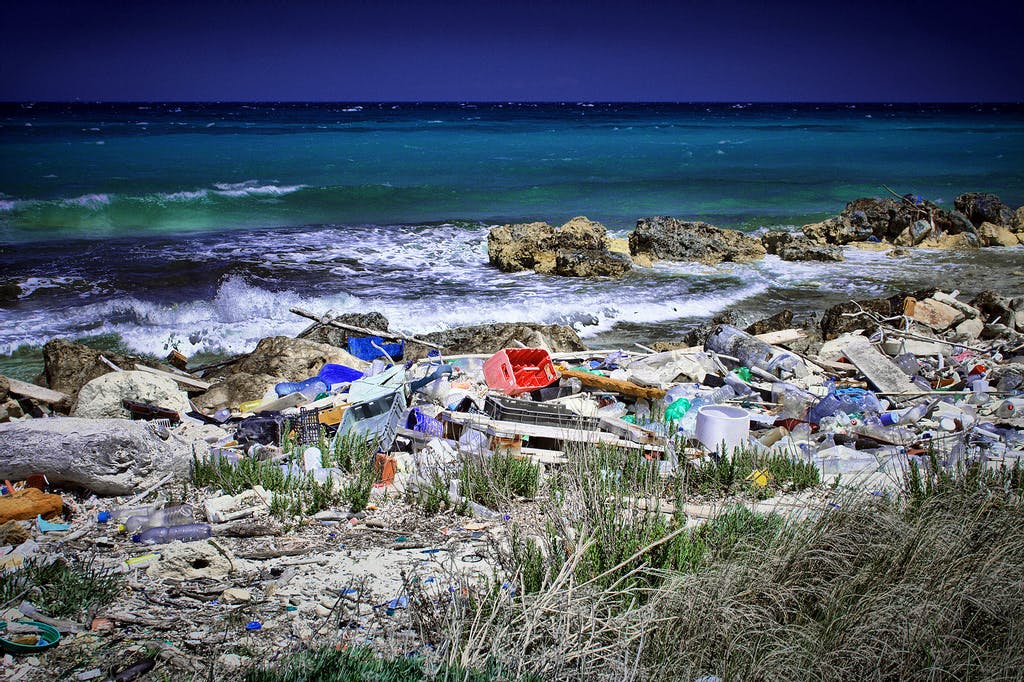 4. Why plastic-clogged Philippines must face up to dearth of waste disposal and recycling

This story put the spotlight on food and consumer goods companies in the Philippines, which still continue to manufacture and use more single-use packaging than the country’s waste disposal facilities can cope with. This has contributed to the country’s ranking as the world’s third-biggest polluter.

But industry players say they have little choice as no other material has been found to be as effective in ensuring the safe transportation of food in an archiplego of 7,641 islands. Poorly resourced municipal governments, poorly located dumps and the low recycling rate of low-value plastic material compound the problem.

Putting a lens on the nuances in geography and politics that the Philippines faces in solving its plastic woes, it was the most well-read story about the country in 2020.

An exclusive by Eco-Business, this story revealed an emerging market dynamic borne out of the coronavirus-induced collapse in the price of oil: Mixing cheaper virgin plastic and selling it as 100 per cent recycled material.

According to a source, one of the ways that a mix of new and used plastic has been falsely marketed as 100 per cent post-consumer content is in reuseable “eco” bags made in China and sold worldwide.

The story flagged the lack of transparency in the recycling business to ordinary consumers and to multinationals under pressure to use recycled plastic to meet their sustainability commitments. It also discussed if certification is the way to go.

Eco-Business has reported on carbon majors like Shell, Total, and BP setting climate goals, but this story marked a milestone. For the first time, an Asian oil company has declared that it wants to be carbon neutral.

7. Asia’s ticking solar time bomb: Without recycling laws, the region could drown in hazardous waste by 2030

Solar power is expanding faster in Asia than anywhere else in the world, but no country in the region has adequate policies to deal with the panels at the end of their useful lives.

By 2050, the world could be saddled with 78 million tonnes of solar panel waste and three out of the five countries with the largest amounts of waste will be in Asia, namely China, Japan and India. Experts say governments need to begin rolling out recycling laws.

Republished by various organisations like the ASEAN Centre for Energy, the article shed light on an issue that renewable energy companies will have to deal with in the coming decades.

Stories about the world’s largest palm oil trader tend to draw intense interest, and this story about its decision to quit the High Carbon Stock Approach (HCSA) was no exception.

Critics said Wilmar International’s resignation from HCSA, a civil society organisation that determines which forests should be protected according to their conservation value, was to avoid being held to their no deforestation, no peat, and no exploitation commitment. But Wilmar said it was due to poor governance of HCSA.

The popularity of this article shows that when big companies make climate commitments, the public cares about how they deliver on those promises.

Initially lauded for its containment of the virus, Singapore came under scrutiny when failure to address its spread among migrant workers in a timely manner led to a surge in infections in crowded dormitories, where about 320,000 low-wage workers live.

As Singapore eased out of a partial lockdown on 2 June, new laws were imposed requiring these workers to obtain their employers’ consent in order to leave their dormitories. Non-governmental groups criticised the new regulations for seemingly giving many employers “almost unfettered power over workers’ movement”.

The story may have struck a chord with readers as the pandemic exposed deep inequalities between the city-state’s lowest earners and the rest of the country, who were able to go shopping and resume small social gatherings soon after the partial lockdown lifted.

New inventions have always piqued the interest of our readers, especially those related to low-carbon energy.

The shadow-effect generator developed by researchers from the National University of Singapore excited readers, possibly because of its potential to produce electricity in indoor environments.

The generator was found to be twice as efficient as conventional solar technology when exposed to the effect of shifting shadows. And because it costs 10 times less to manufacture than solar panels available today, the device could be easily scalable and commercialised.