Amid the doom and gloom of a year in which sustainability took a step backwards, scientists and engineers came up with solutions that gave us hope in the year of the coronavirus.

From carbon-free steel to shoes made from pineapple husks, Eco-Business highlights the sustainability innovations that made a painful year slightly more bearable.

In October, a San Francisco-based company unveiled an antimicrobial protective coating that could be used on paper, card, glass, and metal packaging. Called Matter, the coating was made using advanced silver technology; silver disrupts how viruses reproduce. The coating does not affect the recyclability of the packaging, said Danielle McWaters, chief executive of the firm behind the product, Designsake Studio.

Wind power is growing apace, but not without environmental consequences. Wind turbines are heavy to transport and built using hard-to-source materials. Swedish company Modvion unveiled the world’s first wooden wind turbine on an island outside Gothenburg in May. Initially for research purposes, the modular wooden windmill will enable wind turbines to be built taller. The first commercial wooden wind towers are projected to go into operation from 2022.

Though there are many alternatives to dairy milk, nothing tastes like cow’s milk. Impossible Foods, maker of the Impossible Burger, announced in October that it is working on a plant-based milk that looks, tastes and feels the same as dairy milk. 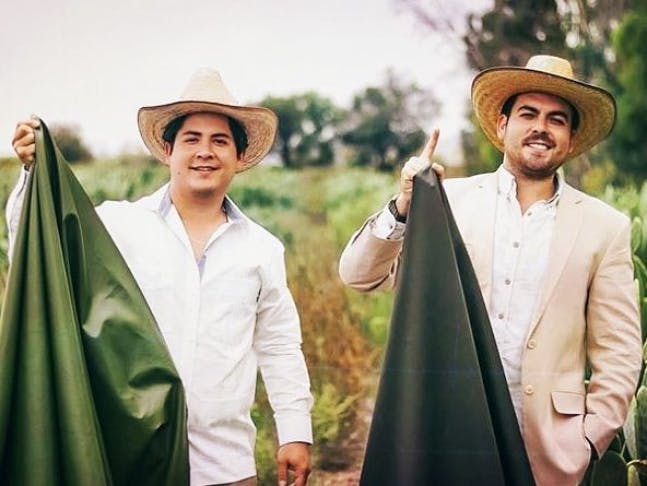 Taking on an industry that kills more than a billion animals for their skin and hides, Mexican duo Adrián López Velarde and Marte Cázarez developed a novel alternative to animal skin to make shoes, bags and car seats using nopal, a species of cactus. Once processed, nopal softens to feel like regular leather. And since it is cactus, it uses far less water than regular leather and biodegrades faster.

The Pakistani city of Karachi hatched a plan to use biogas to power its buses at the start of the year. The biogas comes from cow manure. Using dung to run the buses is projected to reduce planet-warming emissions by 2.6 million tonnes of carbon dioxide-equivalent over 30 years.

Masks for the deaf 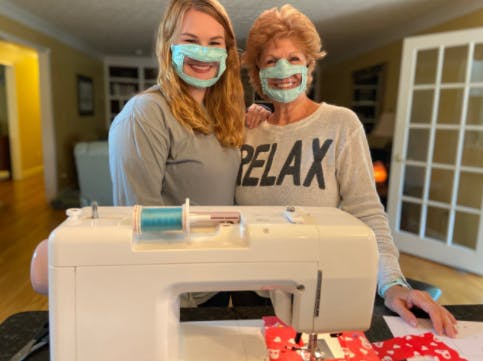 Ashley Lawrence (left) with her mother wearing masks made for the deaf. Image: Lex18.com

A few weeks into the pandemic when everyone started wearing masks, the world went dark for deaf people who could no longer reads people’s lips. A 21 year-old education for the deaf student from Eastern Kentucky University, Ashley Lawrence, invented a mask with a window so that the mouths of the wearers can be seen.

Scientists have found ways to extract water from air before, but only using energy of some kind. Researchers at National University of Singapore created a substance that extracts water from air without any external power source, which could have major implications for tackling water scarcity. NUS’s aerogel autonomously gathers water molecules from the air, condenses them into a liquid and then releases the water. One kilogram of the aerogel can produce enough potable water for a single household in a day. 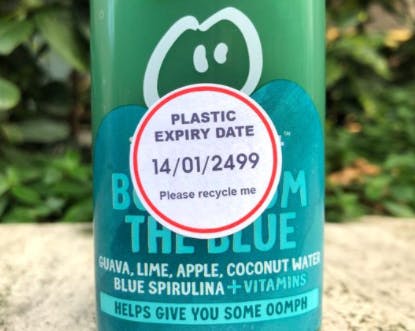 Plastic expiry date: this bottle will biodegrade in 479 years

To raise awareness of how long it takes plastic to degrade in nature, British advertising executives-turned-activists Gagandeep Jhuti and Joe Foale-Groves placed stickers on single-use meal deal packaging in supermarkets to highlight the ‘expiry date’ of plastic.

In a year in which major strides were made towards the first commercial electric flight, Airbus, the French aviation firm, declared in December that it would have developed an aircraft that doesn’t pollute the sky within five years. Betting on a hydrogen powered plane, Airbus’ announcement was ambitious, since hydrogen is difficult to store, highly combustible and expensive to produce without generating greenhouse gases.

San Jose-headquartered battery firm QuantumScape announced that it had fixed the problems holding back the development of solid-state batteries, which promise much higher capacity than conventional lithium-ion batteries. Results from testing QuantumScape’s batteries revealed they could charge from 0 to 80 per cent capacity in 15 minutes and only start degrading after 240,000 miles. Tesla co-founder JB Straubel called the battery “a major breakthrough”.

The iron and steel industry accounts for more than a quarter of industrial emissions and seven per cent of carbon dioxide in the atmosphere. Swedish mining firm LKAB announced in November that it would pivot to sponge iron produced using green hydrogen and eventually phase out the production of iron ore pellets. The move signalled a move towards a “fossil-free iron and steel industry,” the company said. 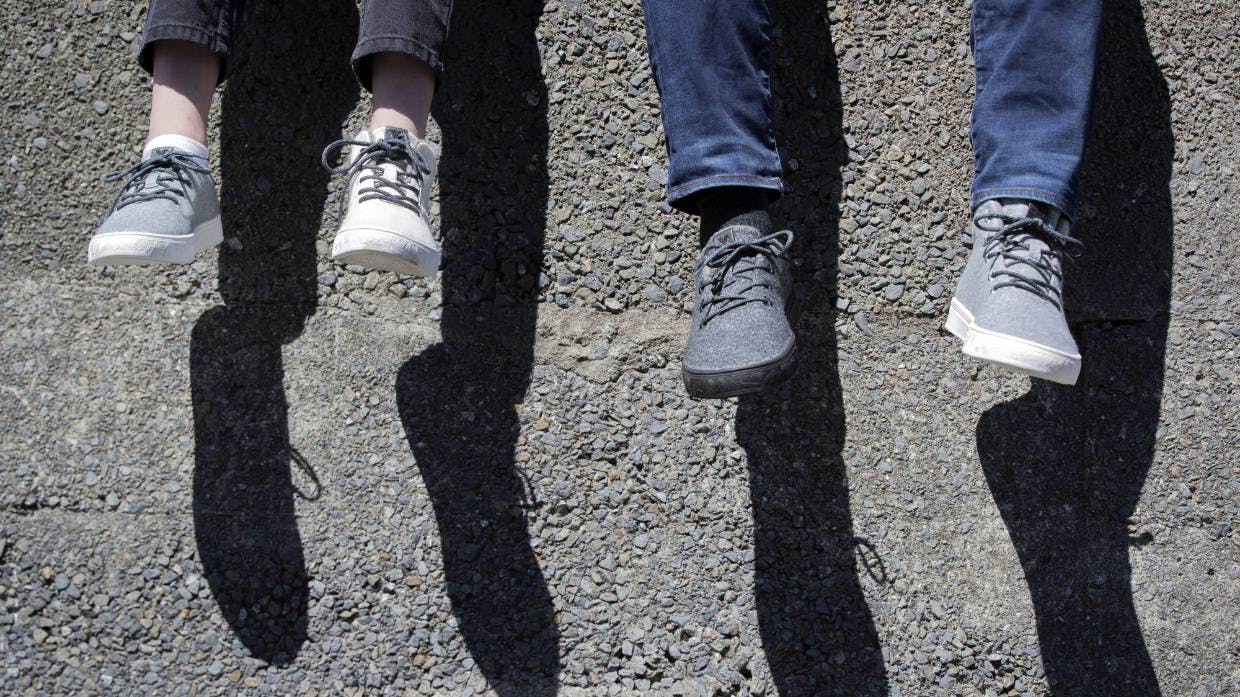 YY Nation shoes made from bamboo, algae and pineapple husks

In a good year for vegan leather, New Zealand company YY Nation produced a new line of shoes made using pineapple husks, algae, bamboo and ocean plastic. The husks and bamboo are used to make the exterior of the shoes, algae is used for the soles and recovered plastic for the shoelaces. After a crowdfunding campaign raised funds to go into production, the shoes — which are promoted as the world’s most sustainable — are expected to be available to buy in early 2021.

Battery waste is toxic, and the recycling rate of batteries is in the low single digits globally. Researchers from Singapore’s Nanyang Technological University found a way to recover valuable metals such as cobalt, lithium, nickel and manganese from discarded lithium-ion batteries using old orange peel and a solution of citric acid. The process involves temperatures of 100°C and produces hardly any waste.

Tyres can take 500 years to decompose. About 1.5 billion tyres are discarded globally every year. In September, an Australian firm announced that it could extract hydrogen from used tyres. There are no emissions from the process known as destructive distillation, according to Denis Randall, technical director of tyre recycling company Green Distillation Technologies.

Have we missed any? Let us know by writing to news@eco-business.com or leave a comment in the comment box. This story is part of our Year in Review series, which journals the stories that shaped the world of sustainability in 2020.