From blatant lies that the Amazon wasn’t burning to unexpected net zero pledges, here are the countries that pulled in opposite directions for climate change in the most unforgettable year of the decade.

As governments around the world scrambled to respond to the Covid-19 pandemic, experts worried that the virus would put a spanner in the works for climate action.

2020 marked the fifth-year anniversary of the Paris Agreement, an international pact to limit global heating to no more than 2 degrees Celsius. Although the 26th United Nations Climate Change Conference was postponed by a year, some countries have inspired and stepped forward with net zero ambitions.

UN secretary general Antonio Guterres has also urged all countries to pursue a low-carbon recovery from Covid-19, and to declare a climate emergency to devote more resources to fight global warming and rising seas.

Eco-Business rounds up seven countries that were outstanding in their efforts, or lack of it, to counter the biggest environmental and social challenges of our time.

Although China was slammed for the initial Covid-19 secrecy, Chinese scientists have won international praise for understanding the novel coronavirus and sharing the information with the rest of the world.

The first reported case of Covid-19 surfaced in late-December last year and, by 10 January, China had released the genomic sequence of the virus. It began enacting a raft of rigorous countermeasures that same month. According to its foreign ministry, China had provided assistance to over 125 countries by April.

In September, the biggest greenhouse gas emitter took the world by surprise with its pledge to be carbon neutral by 2060. China currently accounts for about 28 per cent of global carbon emissions, and its commitment could put the world within reach of the Paris Agreement target. President Xi Jinping said the country will cut carbon intensity by 65 per cent from 2005 levels by 2030.

However, the country’s post-pandemic revival has been stoked by coal power. China will account for 53 per cent of global coal-generated power in 2020, while the use of the fossil fuel in the rest of the world is expected to fall by 12 per cent this year.

In a year that saw countries scrambling—and some failing miserably—to contain the pandemic and its fallout, Vietnam offered a masterclass of sorts. It took swift, early action to control the spread of Covid-19, and reaped the economic benefits of the efforts while plowing full steam ahead with its energy transition. 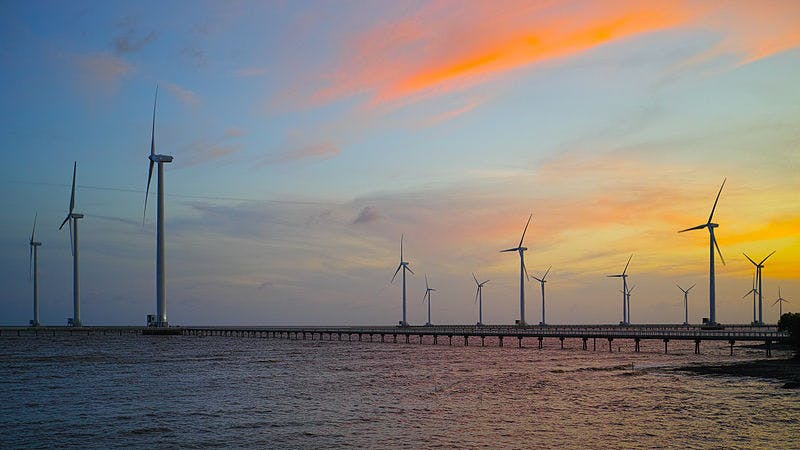 In contrast to many Southeast Asian economies that are set to shrink by several percentage points, Vietnam’s economy is set to grow this year. It has also benefited from companies that have relocated operations from China amid escalation of the trade war between China and the United States.

Vietnam continues to lead Southeast Asia’s clean energy race. In June, the Vietnamese government greenlighted 7 gigawatts (GW) worth of new wind projects, putting the country on track for wind power capacity of nearly 12 GW by 2025. This new development is on top of the solar miracle that the country has performed over the last two years.

Its 8th Power Development Plan for the next decade could see the country shelving nearly half of its currently planned coal power plant capacity, pivoting away from its rapid coal power expansion strategy of the previous years.

This year, Vietnam also proposed measures to curb urban air pollution control for the first time. The new directive will task cities and provinces with the responsibility of implementing plans of air pollution and gas emission control. A study released earlier this year placed its capital Hanoi as the seventh most polluted city in the world.

Under president Donald Trump, the United States pulled out of the Paris Agreement this year. For the first time, the US was ranked last in the 2020 Climate Change Performance Index—an independent monitoring tool that tracks climate protection performance of 57 countries that are responsible for 90 per cent of global emissions.

Under the Trump administration, the US has rolled back over 125 environmental policies, side-lining scientific and environmental experts in favour of industry executives and lobbyists.

Australia ushered in 2020 with its worst bushfire season to date. More than 11 million hectares of land were torched, 33 people died and almost half a billion native animals may have perished.

The bushfire season blew so much smoke into the upper atmosphere that it blocked sunlight from reaching the Earth’s surface for a few months this year, potentially causing a brief global cooling effect comparable to a moderate volcanic eruption.

Although latest research shows that the fires were made 30 per cent more likely by climate change, the Australian government has yet to take responsibility and commit to net zero emissions—making it one of a handful of developed nations that have yet to do so.

Its lack of climate ambition was emphasised when Prime Minister Scott Morrison was unexpectedly excluded from the United Nations Climate Action Summit this month. Participants “must show genuine progress from existing policies and Paris targets” and Morrison’s plan, even with the positive move to drop use of Kyoto credits to achieve its 2030 target, did not make the cut.

Morrison’s continued support of the fossil-fuel industry saw him promoting the role of Australia’s oil and natural gas exports in pulling the country out of the pandemic-induced recession, rather than planning for a green recovery.

In the midst of another record-breaking year for forest fires in the Amazon, Brazil’s far-right president Jair Bolsonaro said, “The story that the Amazon is burning is a lie.” 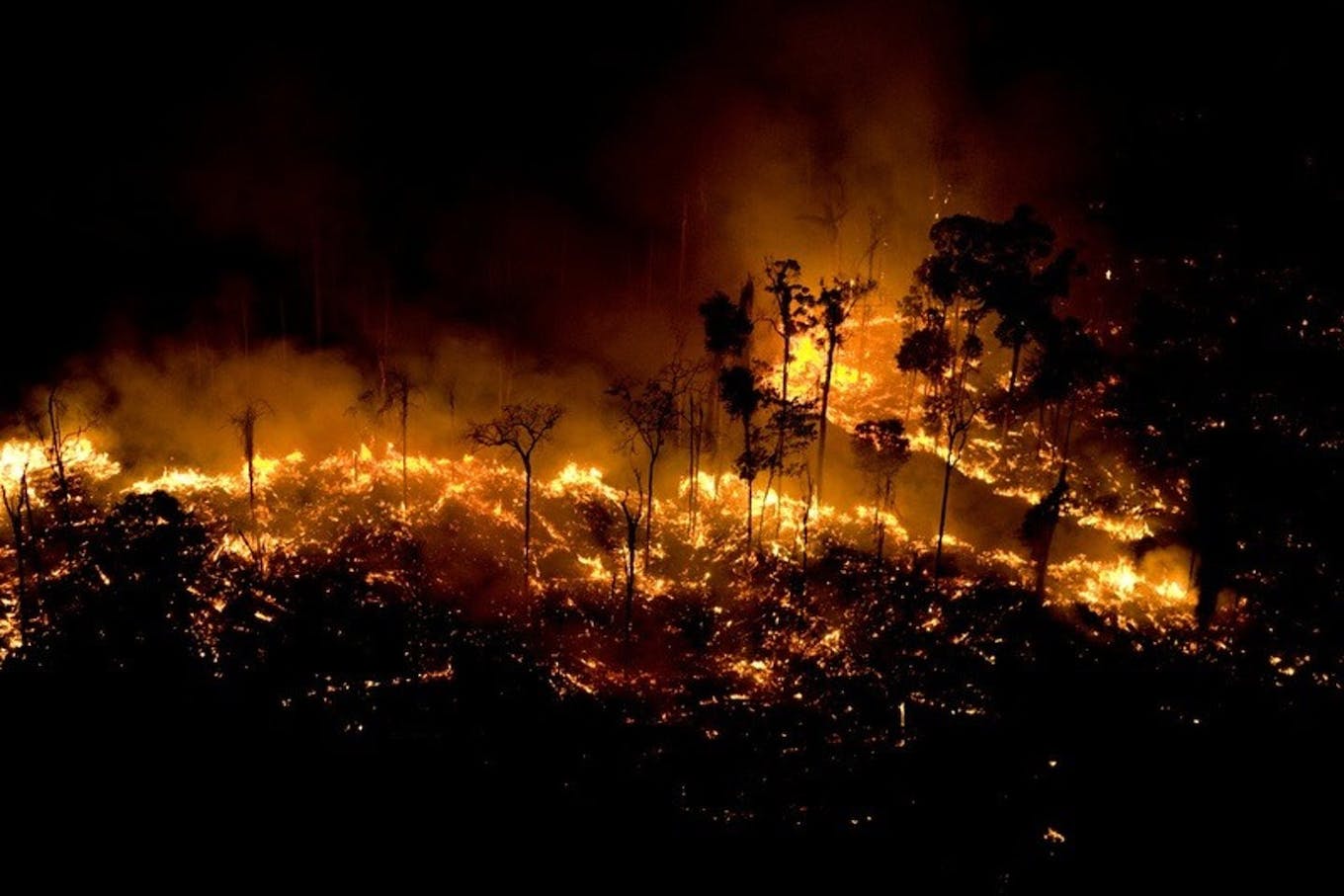 Bolsonaro’s resistance to the root cause of the fires leaves one of the world’s largest carbon sinks open to deforestation. Particularly alarming this year was that 41 per cent of major fires occurred in standing Amazon rainforest, where fires were historically not naturally occurring.

2020 marks the year that countries update their nationally determined contributions under the Paris Agreement. Instead of enhancing its targets, Brazil has weakened its already insufficient climate action targets for 2025 and 2030.

Brazil’s emissions in 2030 could be 27 per cent higher than they were when it ratified the Paris Agreement in 2016.

The UK recently set the most ambitious climate target so far, promising to reduce annual carbon emissions by 68 per cent by 2030, a significant increase on the previous target of 57 per cent.

The new target binds the UK to reducing its emissions at the fastest rate among major economies, and places it on a path to achieving its 2050 net-zero goal.

The UK will also ban the sale of new petrol and diesel cars by 2030, 10 years earlier than planned. Other projects include new offshore wind farms, and ramping up investment in hydrogen fuel.

While the new targets are a positive sign, the government’s analysis in October 2020 showed that major policies had failed to put the UK on track to cut emissions by 57 per cent by 2032. Its new target widens the gap further and will demand even more ambitious policies.

Fiji is one of the Pacific Island nations that have contributed the least to the climate crisis, but will be among the most impacted. 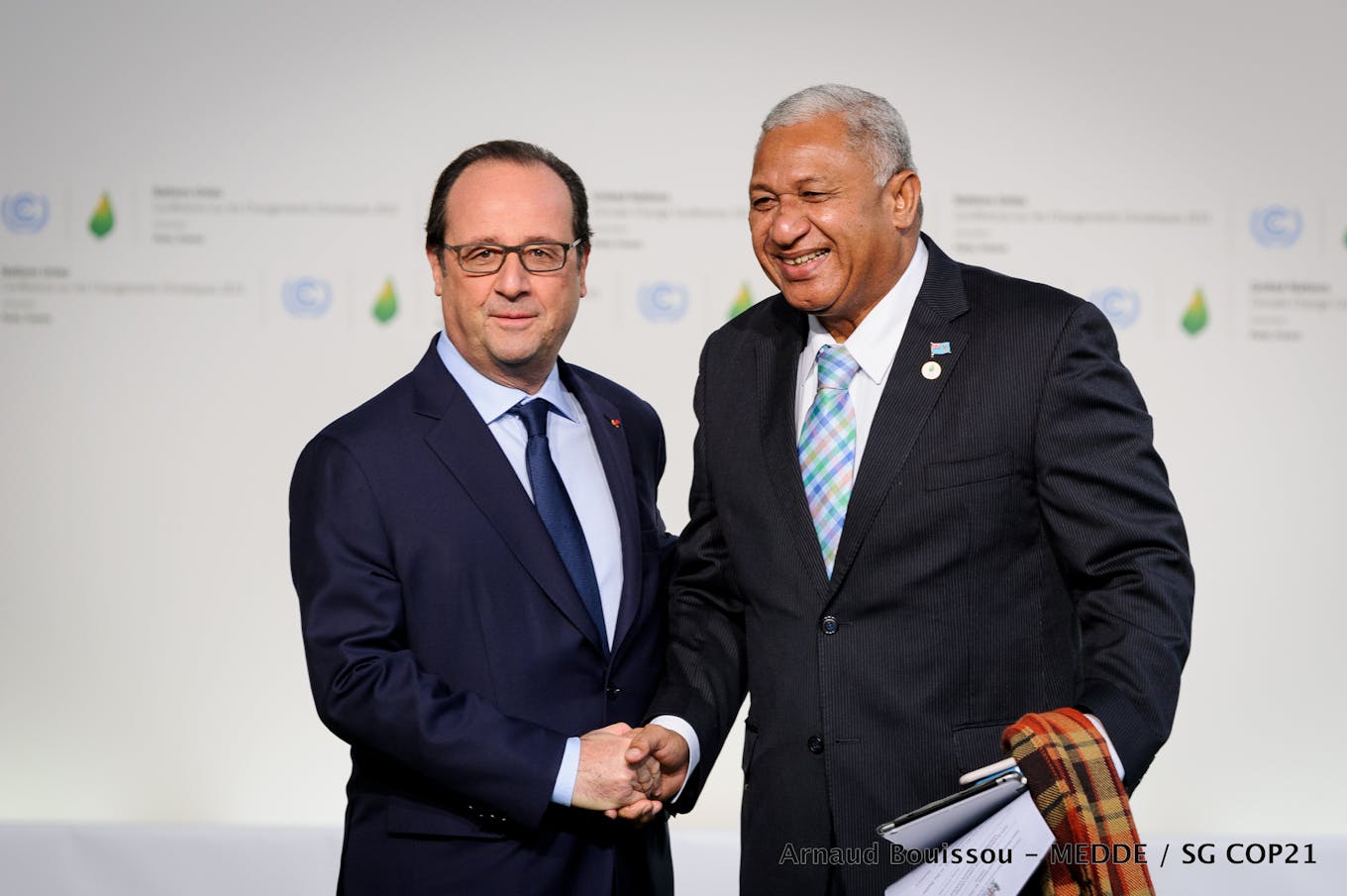 At the time of writing, the country of over 880,000 is bracing itself for tropical cyclone Yasa, a Category Five storm.  About 95 per cent of the population lives in the direct path of Yasa and will be exposed to flash flooding and severe coastal inundation that includes waves up to 10 metres high.

Prime Minister Frank Bainimarama highlighted the links between climate change, the health of the world’s oceans and rising sea levels, and Fiji has become a strong proponent for climate action. Some policies include protection of coral reefs and related ecosystems, ramping up renewable energy deployment, and a rural electrification scheme.

Bainimarama’s global stewardship in climate response has earned him the UN’s highest environmental award, the 2020 Champion of the Earth award. The premier won in the Policy Leadership category.

This story is part of our Year in Review series, which documents the stories that shaped the world of sustainability in 2020.