Mishandled baby sea turtles, a university's plastic straw ban, and tips on how to save a world-famous beach—these were some of the most popular stories from Eco-Business this year. Why did they make such an impact with our readers?

In a year where plastic straws were banned by the world’s largest retail chains and where students skipped school to protest government inaction against climate change, the stories that resonated most with readers on Eco-Business were the ones that reflected a desire for or inspired change.

The most well-received articles were ones on plastic polluters, environmentally conscious living in Asia, sustainable innovations and even ecosex.

Here are the 10 stories that made Eco-Business’ list of most-read stories for 2018.

A news story that Eco-Business was first to, the National University of Singapore’s initiative to ban plastic straws on campus met with backlash from a number of students, who complained on social media that it was difficult to drink without a straw. One even complained that he or she had “super sensitive front teeth” and therefore require straws. Campus retailers did the cause no favours by selling metal straws wrapped in plastic.

This story, which gained almost 30,000 page views, spotlighted that good intentions alone will not a sustainability movement make, not to mention the entitlement of a small group of students and the laughable excuses in defence of their plastic addiction.

Sponsored by Coca-Cola, Unilever, and Nestlé, the release of 1,000 baby turtles in Bali to mark the opening of an international oceans conference was heavily criticised by environmentalists.

The baby turtles were kept in buckets of water until the VIPS arrived, with tourists picking the turtles up for selfies during the wait. By the time they were released into the ocean, most were too tired to swim and remained motionless on the beach until participants were asked to pick them up and put them in the sea.

This was an example of companies trying to look good with a high-profile corporate social responsibility programme, but lacking the expertise, experience or genuine motivation to make it work—and failing with tragic results for the ones most vulnerable.

3. Clean, green and safe: The Philippines’ first sustainable city to be built by 2022

Could this have been posted by a popular celebrity in the Philippines with an army of followers? This story scored thousands of hits and the 9,450-hectare site has not even officially broken ground.

Designers of the city now under constructuion, called New Clark City, aim to build the archipelago nation’s first smart, green, and disaster-resilient city. The city will feature a central business district, an agri-forestry research and development area, and an eco-tourism district powered by renewable energy and a waste-to-energy plant.

Perhaps people are looking for reasons to remain hopeful in a country with a crass-talking leader like the Philippines—it was the most well-read story about the country in 2018.

4. Here’s a new air conditioner that cools without warming the planet

Air conditioning is one of biggest reasons to worry about global warming in Southeast Asia, as it could account for almost half of the region’s electricity demand by 2040.

So it’s good to know that researchers from the National University of Singapore have developed an eco-friendly air conditioner that uses 40 per cent less energy to operate without using environmentally harmful refrigerants, and can cool a space to as low as 18 degrees Celsius.

Stories about new sustainable technology tend to stand out against the regular diet of gloom and doom news in environmental reporting.

One of the world’s most beloved beach destinations, Boracay, was shut down early in 2018. Called a “cesspool” by President Rodrigo Duterte, the once-pristine beaches of the island faced challenges such as erosion and wastewater pollution.

Our article gathered from experts a range of solutions to rescue Boracay, including policy reform, a shift to renewable energy, and saving Boracay’s disappearing social and cultural heritage. The story’s message resonated not only with Filipinos but sun-seekers the world over.

6. 10 sustainable products you need in your life

Recyclable sneakers, furniture made from trash, and pocket-sized drinking straws—these are some of the sustainable products featured in this story that hit more than 10,000 views.

A fun guide to sustainable living that is useful, inspiring and shareable, it concretised ideas on what it means to be a conscious consumer and struck a chord with readers.

As Greenpeace ramped up the number of beach plastic audits around the world last year, the environmental advocacy group named and shamed the latest results of the world’s biggest plastic polluters for 2018: Coca-Cola, Nestlé and PepsiCo. 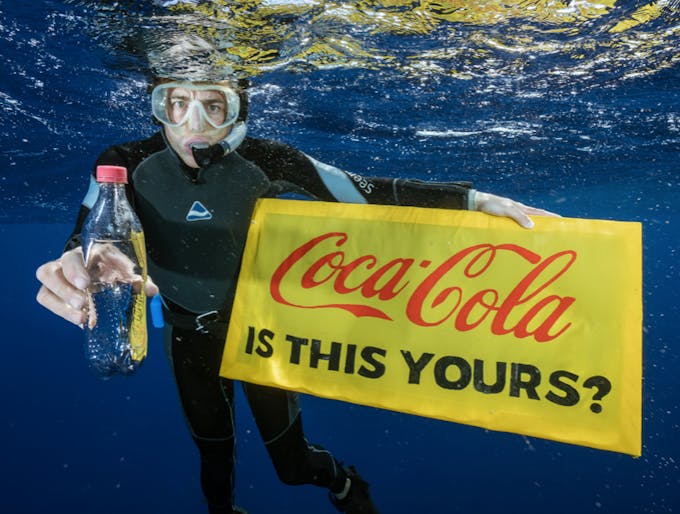 Having been singled out in audits from previous years, it appears these consumer goods companies have not made much progress when it comes to plastic waste.

The brand audit in 2018 stood out for its powerful images indicting large multinational corporations for their role in ocean pollution, like that of a diver holding up a Coca-Cola plastic bottle underwater.

Talking about sex in Asia is taboo, much less writing about it. Eco-Business’ special report broke the silence to explore what makes for sustainable sex.

Tackling vegan condoms, organic lubricants, the report was backed up with solid research on ideas like why having one less child is the best way to reduce carbon footprint. It also answered questions about the sex trade that people have always wanted to ask but are too shy to.

The popularity of the article is proof that shedding light on cultural inhibitions are what people desire, sustainable or not.

9. Why is it so hard to sell sustainable palm oil?

As palm oil producers continue to struggle to find the balance between business and conservation interests, Malaysia’s Sime Darby Plantation spoke frankly about the difficulty of selling sustainable palm oil in this interview with Eco-Business.

As the producer of 2.48 million tonnes of crude palm oil a year, of which 98 per cent is certified sustainable, Sime Darby struggles with the reality that the market is not willing to pay more for sustainable palm oil just yet.

Our article touches on a company that is not walking away from the issue despite its struggles. Who says hopeful, positive stories don’t find an audience?

10. Our dying soils: The invisible crisis under our feet

We rely on healthy soils for food and water, but erosion and contamination are causing soils to lose the ability to support life. This special report put a human face to an otherwise little reported-on, nebulous topic by providing farmer testimonies of how their livelihood has been affected by poor soil health, along with a study on soil degradation in the Asian region.

The article unearthed an issue that is seldom thought about but vital to human existence, which piqued reader interest.