In a year in which the likes of Donald Trump, Jair Bolsonaro and Scott Morrison cut the environment adrift, others tried to protect it. Here are seven people from government, business and civic society who stood up for our planet this year.

Some powerful people played a big role in slowing climate action this year. United States president Donald Trump did everything in his power to roll back the environmental protection measures of his predecessor Barack Obama, while Southeast Asian leaders, from Indonesia’s Joko Widodo to Vietnam’s Nguyen Xuan Phuc, pursued their passion for climate-changing coal while doing relatively little to boost clean energy.

But some people fought to make the world better. Eco-Business has picked out seven of the many who championed climate action and sustainable development this year.

1. Climate kids, protesting for their future

Climate change may not affect the lives of the political leaders running the world now much—but it will affect their children and grandchildren. Young people took to the streets this year to remind the powers that be of this. In November, 15,000 students across Australia went on strike to protest their government’s inaction on climate change. The strikes were inspired by Greta Thunberg, a 15 year-old Swedish student who misses school every Friday to demonstrate outside parliament. She says she will continue to do so until the country reaches its emissions targets. Kids too young to vote in Colombia, Canada and the United States are suing their governments, and similar lawsuits were filed in India and Pakistan over the last two years. In the UK, children were part of the Extinction Rebellion civil disobedience movement that saw roads blockaded as they demanded a reversal of climate-toxic policies.

2. Joan Carling, indignant for the indigenous 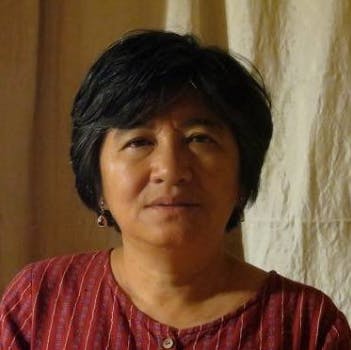 Carling: “Indigenous peoples are not just trying to protect the environment for ourselves. We are protecting it for humanity.” Image: Twitter

“I was surprised to learn that I was labelled as a terrorist,” said Joan Carling in March, when she received the news that after a lifetime of campaigning for the rights of indigenous people and their land in the Philippines, she had been defined as a terrorist under the National Security Act by the Rodrigo Duterte government. She was also added to a list of armed rebels. Despite the danger to herself and her family, Carling continues to stand up for indigenous rights, and was named winner of the ‘Champions of the Earth’ award by UN Environment in September.

This is not just another cost-cutting exercise. It’s an existential exercise. 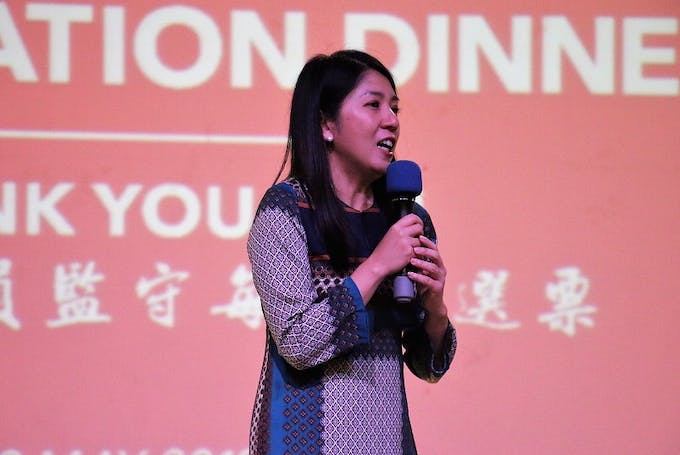 Yeo Bee Yin came into office shortly before her 35th birthday as Malaysia’s Minister of Energy, Science, Technology, Environment & Climate Change in May. As the country’s youngest minister and one of only nine women in the cabinet, Yeo represents a new direction in the country’s development. She has raised Malaysia’s renewables targets and has set her sights on making Malaysia a leading regional player for solutions to climate change. Earnest, pragmatic, and not to be messed with, Yeo leaned on Australian mining company Lynus to remove radioactive waste it has accumulated in Malaysia, daring the company to take legal action against the government. She also wants to be a role model for Malaysian women. “As a politician I think that my role is not only to lead and solve problems, but to communicate how to girls and our community,” she told Eco-Business. A man who once swung a piece of willow tree for a living makes an unlikely champion for forests. Imran Khan, one of the greatest cricketers of all time, was elected Pakistan’s prime minister in August and has overseen the planting of 1 billion trees in Khyber Pakhtunkhwa province, restoring 350,000 hectares of forest in an area that has been stripped over decades of illegal logging. Khan’s initiative, dubbed the “billion tree tsunami” has all but wiped out timber smuggling and spawned a cottage industry of tree nurseries. Khan plans to expand the initiative nationwide and plant 10 billion trees in five years in a drought-plagued country that is among the most vulnerable to climate change.

After a profitable year in which the company saved US$10 million as a result of corporate tax cuts introduced by the Trump administration, Patagonia chief executive Rose Marcario chose to donate the company’s tax savings to fighting climate change. “Our home planet needs [the money] more than we do,” said the boss of the outdoor clothing company who described political apathy towards climate change as “just evil”. Patagonia, a poster child for corporate activism, donates 1 per cent of its profits to grassroots green projects and campaigns against environmental injustices. 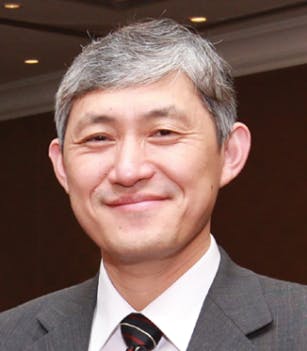 Dr Jiang Kejun is the lead author of arguably the most important piece of scientific literature of the year, the Intergovernmental Panel on Climate Change’s latest report, which dropped like a bomb when it was released in October. In an interview with a company driving climate change, Shell, Jiang said he hoped the report would prompt world leaders to act, and “put aside politics and stop playing games.”

“This is not just another cost-cutting exercise. It’s an existential exercise, where we as a company need to set ourselves apart,” said Søren Toft, chief operating officer of Maersk, the world’s largest container shipping company, in an interview with Financial Times this month. Shipping is a highly polluting, carbon-intensive sector, so for its biggest player—which emits about 36 million tonnes of carbon dioxide a year— to pledge to slash net carbon emissions to zero by 2050 is big news, and will nudge others to follow. “We will have to abandon fossil fuels. We will have to find a different type of fuel or a different way to power our assets,” said Toft.

This story is part of our Year in Review series, which looks at the top stories that shaped the world of business and sustainability over the last 12 months.