In a year replete with dire warnings about environmental catastrophe and senseless rhetoric by climate-denying politicians, words have also inspired people around the world to take climate action. Here are nine quotes from 2018 that captured the joy and despair of environmentalism.

In 2018, words won over actions as carbon emissions reached record levels, despite a collective howl from scientists, CEOs and even some politicians, to keep them in check to avoid the worst effects of climate change.

Here are some quotes from this year that capture the good, the bad and the ugly in environmental news.

1.“Southeast Asia is the only region in the world where I hear officials from the utilities and energy ministries refer to the concept of ‘clean coal’ with a straight face” – Justin Guay, strategy advisor, Climateworks

The term “clean coal”, has entered the vernacular of those attempting to market the world’s dirtiest fossil fuel as environmentally friendly. The widespread use of the term, particularly by politicians in Asia looking to expand coal-fired plant development, has drawn criticism from experts like Guay, who made this comment to Eco-Business recently. 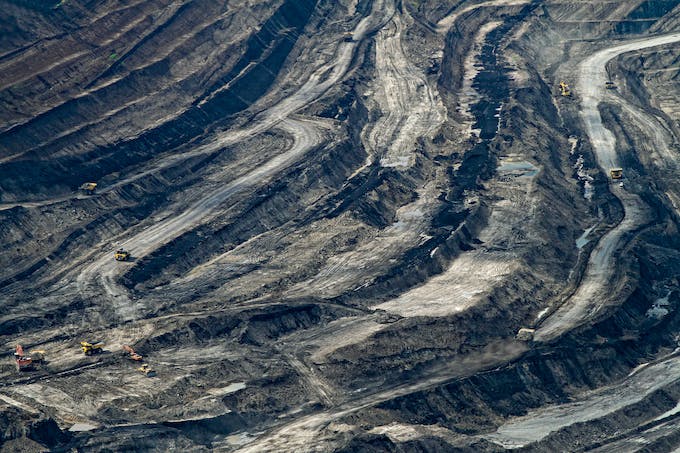 A coal mine in South Kalimantan, Indonesia. Image: Dominik Vanyi via Unsplash

The head of Indonesia’s infrastructure investment arm talked about clean coal at the Asean and Asia Forum in  September, as did the director of the Energy Resource Development Bureau of the Philippines in an interview.

But clean coal is a myth at worst and hyperbole at best. As Lauri Myllyvirta, lead analyst of the global air pollution unit of Greenpeace, says: “Branding [technologically advanced coal plants] as a green step is complete greenwash.”

2. “This report is not a wake-up call, it is a ticking time bomb” – Gro Harlem Brundtland, ex-prime minister of Norway, deputy chair, The Elders

The countdown began when the Intergovernmental Panel on Climate Change’s (IPCC) report was published in October, warning that the world only has 12 years left to take action and limit global warming to 1.5 degrees Celsius. Brundtland’s comment, part of a statement made by The Elders, was one of many calling for urgent and dramatic change.

Even keeping within 2 degrees of warming would bring about irreversible damage: the loss of vertebrate species would double; 99 per cent of coral reefs would die; and sea levels would rise by a further six centimetres. The fate of the planet has never been spelled out so clearly, yet the world responded with a “collective yawn“. 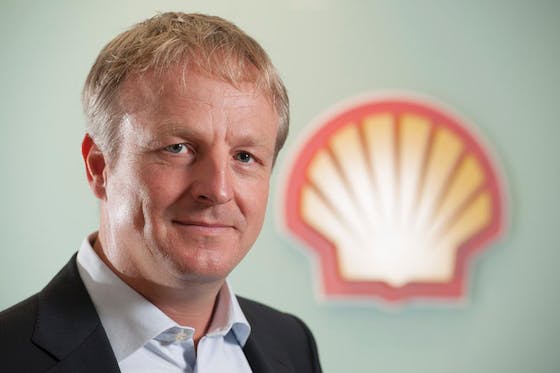 3. “If we stopped producing oil and gas tomorrow we would have an economic crisis. We would have famine and we would have a world war.” – Maarten Wetselaar, director of integrated gas and new energies, Shell

At a Shell-sponsored debate on the future of energy, Wetselaar emphasised how dependent the world is on oil and gas. As of last year, fossil fuels still comprise 85 per cent of the global energy system.

Although a number of big oil companies such as Shell and Total say they want to reduce their carbon footprint, the industry’s ceaseless lobbying against climate legislation and the coal industry’s show of force at the recent COP24 conference indicate fossil fuel giants don’t plan to change course anytime soon. 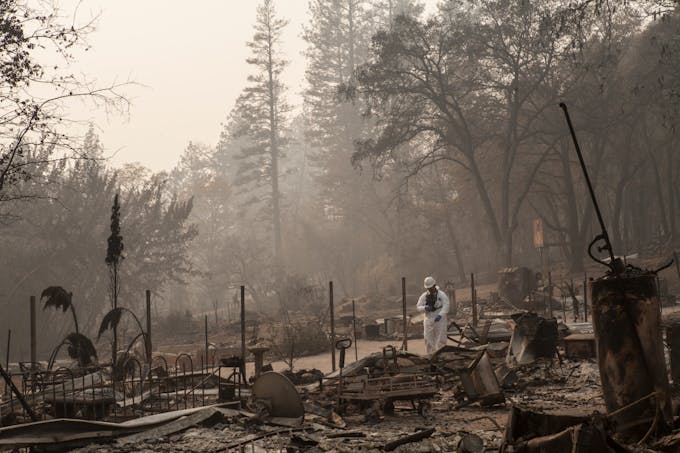 Asked if his opinion about climate change had changed following the devastating California wildfires in November, this was all Trump had to say.

The current POTUS’ views on climate change (“Chinese hoax“) are well known. A year after the United States said it would withdraw from the Paris Agreement, Trump’s actions have inspired other countries including Turkey and Russia to follow suit, slowing down global progress against climate change. If Trump truly wants to make the climate “great” again, his actions have only served to achieve the opposite.

This was what Greenpeace Indonesia said to The Jakarta Post in response to complaints by the Indonesian Oil Palm Farmers Association about the NGO’s protest on top of Wilmar’s refineries, accusing the palm oil giant of sourcing ‘dirty palm oil’. The same statement was echoed almost ad verbatim by British food retailer Iceland, after its advertisement attacking the palm oil trade was banned. Iceland has pledged to ban palm oil in its products by 2018. 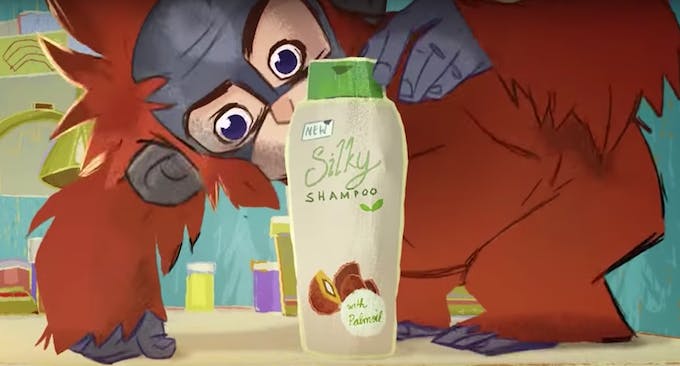 A screengrab from the television commercial made by Greenpeace and rebadged by Iceland, depicting the displacement of a orangutan from its natural home due to the palm oil trade. The ad was banned in the UK for breaking rules on political advertising. Image: Greenpeace

The furore surrounding both incidents cuts to the core of the debate around the banning of palm oil. While the world’s most efficient and widely used edible oil has been linked to deforestation and human rights abuses, the industry is critical to rural livelihoods and the economies of Malaysia and Indonesia.

According to British environmentalist Sir Jonathon Porritt, the only way to green the palm oil industry is for players to stop vilifying the product and start buying certified sustainable palm oil. 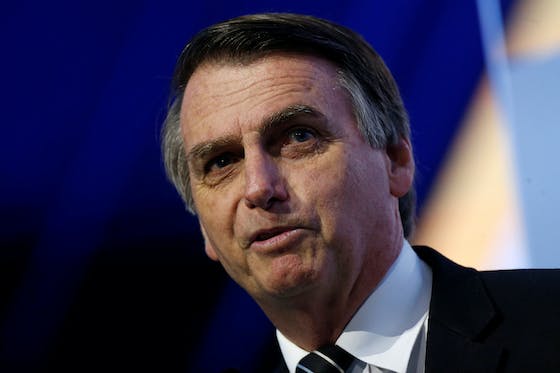 Heinze’s comment comes as no surprise to those who know him as a close ally of Brazil’s president-elect, the far-right conservative Jair Bolsonaro, who plans to allow mining and agriculture activities in the rainforest and the protected indigenous lands within.

Brazil has been the custodian of the world’s most biodiverse habitat and biggest carbon sink, the Amazon rainforest, for years. But 2018 has seen the country’s forest clearance rates reach a decade high. Bolsonaro has already promised to abolish the country’s environmental ministry, and has pulled out of hosting 2019 UN climate talks in Brazil.

If Bolsonaro continues down this warpath, the climate sceptic’s presidency could spell environmental disaster for the country and the world. 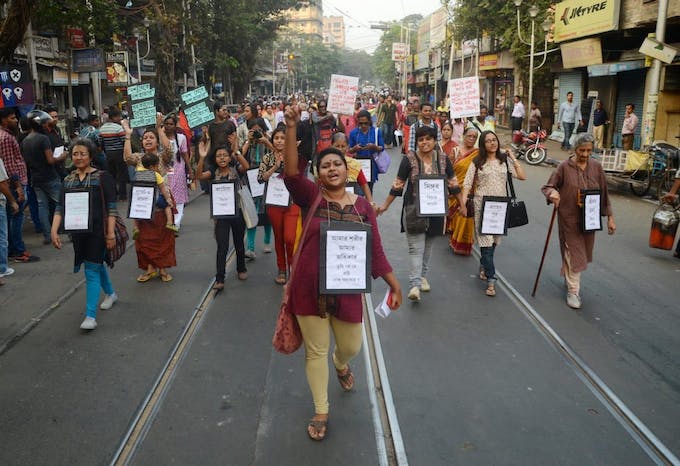 7. “My country’s women are saying loud and clear that they won’t be told to shut up like their predecessors, and won’t accept the indifference of those in authority.” – Rana Ayyub, journalist and writer

The #MeToo movement, which started in the United States, exploded across India after journalist Priya Ramani published her harrowing account of sexual harassment at the hands of her ex-boss.

Within days, women across India stepped out of the shadows to share their own experiences of harassment on social media.  The upswelling of anger from women throughout the country, drove Ramani’s former boss, a prominent minister, to step down. The government also announced that it would tighten the country’s sexual harassment laws. 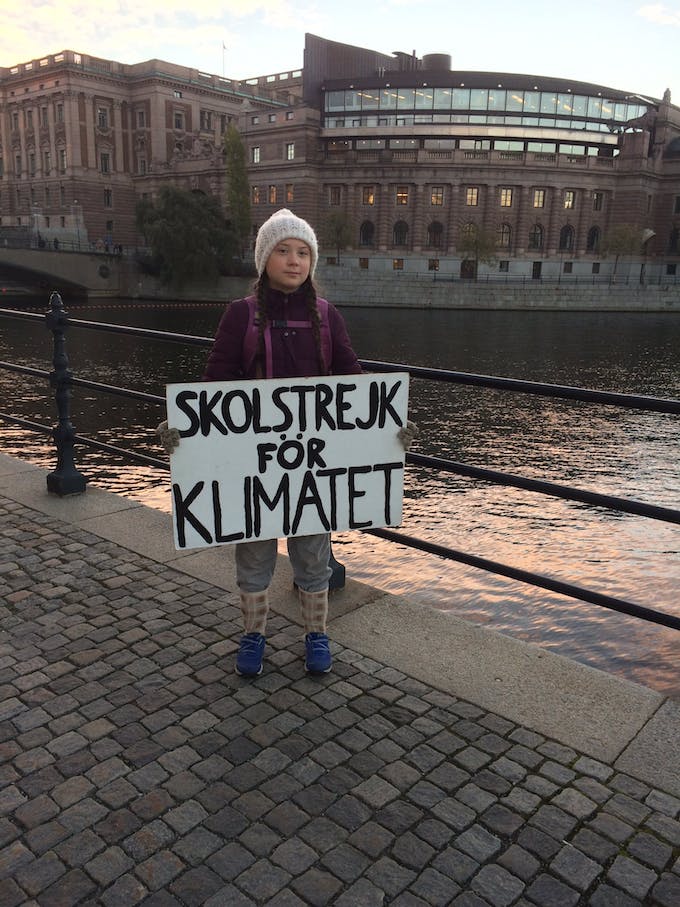 8. “What is the point of learning facts when the most important facts given by the finest scientists are ignored by our politicians?” – Greta Thunberg, student activist

“Why should any young person be made to study for a future when no one is doing enough to save that future?” Thunberg wrote in The Guardian, criticising the government’s inaction on climate change.

In order to convince leaders to take climate action seriously, the 15-year old started a “school strike” by skipping class to demonstrate outside the Swedish parliamen. The solo protest now inspired more than 20,000 students around the world to do the same.

The movement has drawn ire from Aussie prime minister Scott Morrison, who believes students should focus on “more learning… and less activism”. But that hasn’t stopped Thunberg, who spoke as a representative for future generations at the recent climate conference in Katowice.

9. “If we don’t take action, the collapse of our civilisations and the extinction of much of the natural world is on the horizon.” – David Attenborough, naturalist

For decades, wildlife documentaries have presented nature as an unspoiled paradise, and no one is guiltier of this than British naturalist and television presenter Sir David Attenborough, who has been criticised for ignoring environmental issues in his documentaries.

However, at the recent COP24 conference, “the most trusted man in Britain” for the first time issued a dire warning about climate change. Speaking on behalf of the people, Attenborough urged decision-makers to “act now” to protect nature and prevent the devastating loss of biodiversity.