7 countries that shook up our planet in 2018

From China’s ban on foreign waste imports to Vanuatu’s plan to take fossil fuel firms to court, this year saw countries toughen their national and foreign policies to tackle the world's biggest social and environmental problems.

As the 2018 Intergovernmental Panel on Climate Change report warned, it now takes a colossal and collective effort to save the world from climate doom and prevent countries from drowning in their own (and imported) plastic waste.

This year, countries made major moves that had a significant impact on the world’s progress in keeping global warming below 1.5 °C and tackling the most critical sustainability issues of our time, such as plastic pollution, disaster mitigation and food security.

Here are seven countries that took on the world’s biggest sustainability challenges in 2018.

In September, Malaysia announced that it aims to eliminate single-use plastic by 2030, making it the first country in Southeast Asia to take bold action against plastic pollution. Its weapons in the plastic battle include a nationwide charge on plastic bags and a market for environmentally-friendly alternatives. A month later, the country moved to restrict imports of plastic that had led to the rise of illegal recycling plants across the region after China’s waste ban in January.

The new government also has the region cheering for its appointment of Yeo Bee Yin, Malaysia’s newly minted Minister of Energy, Green Technology, Science, Climate Change and Environment. A few months into office, she exercised her power to bust the country’s long dependency on fossil fuels, cancelling four independent energy contracts this year that would have otherwise gone to coal companies. The country’s youngest female minister in cabinet is also ready to take legal arms against Australian company Lynas for their accumulation of radioactive waste within their Malaysian operations. 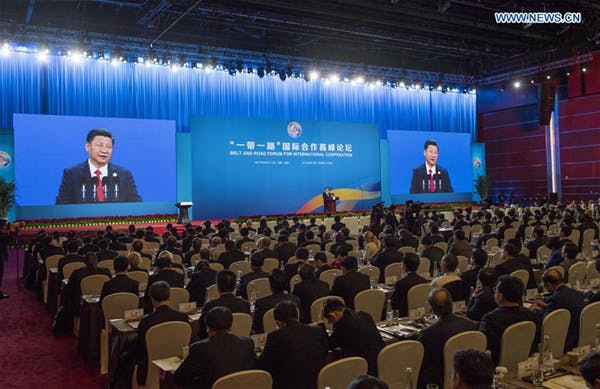 Chinese President Xi Jinping delivers a keynote speech at the opening ceremony of the Belt and Road Forum for International Cooperation in Beijing, May 14, 2017. Image: Xinhua via China.org.cn

China took the world by storm this year, dominating headlines for its rising confrontation with the United States, its lead on renewables and a blanket ban on foreign waste imports that left Western nations reeling from the fallout. Its refusal to be the “world’s garbage dump” pushed it to restrict all imports of foreign rubbish that had been piling up at its ports—a decision that triggered a series of waste bans in the rest of developing Asia.

And while the country is investing heavily in renewable energy, its carbon emissions rose in 2017, according to a report released at the start of this year. Adding to the worry is the potential environment costs of its vast Belt and Road project, and its existing infrastructure developments around the world. The collapse of the Xe- Pian-Xe Nam Noy hydroelectric plant in Laos in July raised concerns over China’s standards in safety and environmental protection, after it emerged that many megadams are linked to Chinese-backed companies.

With a growing reach over the developing world and an ambitious development project that will shape international trade and commerce for years to come, China looks poised to be the world’s next superpower. The question is: Will China pave the path towards a green global economy?

Proving itself a champion of the world’s small, climate-vulnerable nations, the Pacific state of Vanuatu recently declared that it has plans to sue fossil fuel companies and the governments that back them for their role in driving climate change. The announcement was made two years after Vanuatu and five other island states released the People’s Declaration for Climate Justice at its capital, Port Villa, after the worst cyclone to hit the Pacific region devastated the small archipelagic nation. The executive director of Greenpeace International referred to Vanuatu’s move as a symbol of political and moral leadership “in a world full of political short-sightedness and cowardice.”

If Vanuatu does sue, it would the first climate liability lawsuit filed by a national government.

The United States might no longer be the climate leader of the free world, but it sure tops the list when it comes to climate litigation. Currently, the country has the highest number of lawsuits filed against government and fossil fuel companies for their role in driving climate change. This year saw multiple cities in the US—New York City, San Francisco, Oakland and Baltimore—suing major firms such as Exxon Mobil and Shell, while the Children’s Climate Lawsuit, which pitted 21 youths aged 11 to 22 against the US government, arrived at the highest level of court.

However, despite the US administration continuing to cast a dark shadow over the state of global climate policy, it is clear that Americans will not let Trump have the final say on climate change. In defiance of the administration’s coal-friendly policies, 2018 also marked the highest number of shutdowns of coal plants in the country. 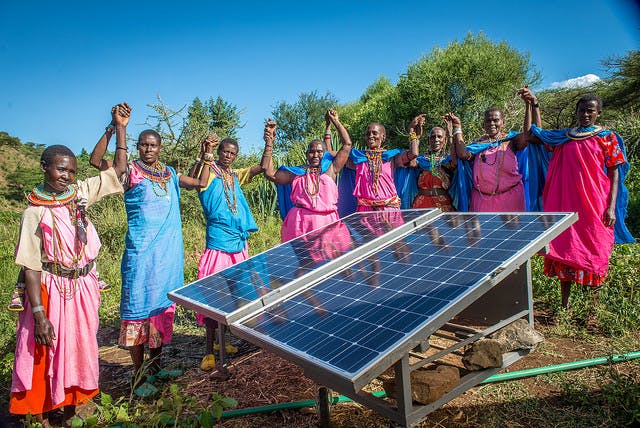 Not a country to be held back by the fact that it is particularly vulnerable to the impacts of climate change, Kenya unveiled an ambitious plan of reaching 100 per cent clean energy sufficiency by 2020. The East African country is also shaping itself to be a climate leader in the region and worldwide, as five of its counties recently enacted laws that required a portion of their annual development budgets be directed to climate change adaptation and resilience building.

And while Kenya’s goals appear ambitious, the country is on the right track to achieving its targets. More homes are becoming powered by renewable energy, as shown by the country’s electrification rate more than doubling last year. President Uhuru Kenyatta also revealed at a roundtable in January that renewable energy currently takes up an impressive 70 per cent of Kenya’s installed electricity capacity.

Taiwan made headlines this year for a November referendum that rejected the government’s policy to phase out nuclear energy by 2025. Almost 6 million people voted to bring nuclear back into the country’s energy mix in a landslide victory, seven years after the Fukushima nuclear disaster in neighbouring Japan shook Taiwan off nuclear expansion. Voters also approved a halt to the construction of coal power plants and an energy plan that would wean the country off coal. Experts have attributed the move to voter concerns over rising air pollution in the country.

The referendum was held one year after Taiwan passed legislation that would make it easier to pass and propose referendum questions. The move had been hailed as a democratic step forward for Taiwan. 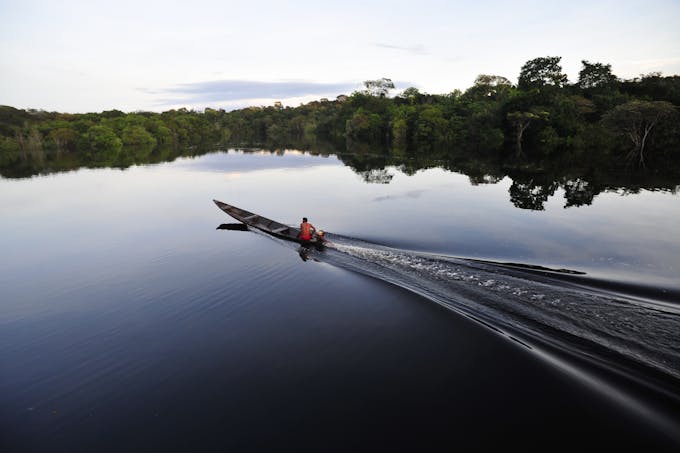 Dawn on the border of the Juma Reserve in the Brazilian Amazon. The appointment of Jair Bolsonaro as Brazil’s next president will have far-reaching consequences for the environment. Image: Neil Palmer/CIAT, CC BY-NC-ND 2.0

One month after Brazil ushered nationalist hard-liner and climate sceptic Jair Bolsonaro into office, the largest country in Latin America withdrew from its offer to host the COP25 United Nations climate conference in 2019, citing “budget constraints.” The decision affirms worries from environmentalists and international observers that the president-elect will move to overturn Brazil’s environmental laws and tarnish the country’s position as a key influencer on climate change policy in the region.

The sharp shift comes as recent findings reveal that deforestation in the Amazon has reached a decade high, increasing by almost 14 per cent from last year. Considering the Amazon is the world’s largest carbon sink, the new government’s plan to destroy more forests to make way for more farmland is bad news for us all.