The coolest sustainability innovations of 2022

From growing plants on the moon to ‘pee-cycling’, Eco-Business highlights the top sustainability innovations in a year when war broke out in Europe, and food and energy shortages made humanity scramble for better solutions.

2022 was the year when newspaper editors started to worry that they were depressing their readers with doom-and-gloom climate news, so many news outlets have started to run more stories about solutions to climate meltdown and environmental degradation to stop their readers from tuning out.

Some of these solutions were groundbreaking, some gimmicky. From plants grown on the moon to bycatch-avoiding fishing nets, Eco-Business highlights the sustainability innovations that gave humanity a bit of hope in a year that the Covid-19 pandemic eased but a war in Europe led to food shortages and a power crunch.

Botanists from Queensland University of Technology are planning to grow plants on the Moon by 2025, an effort they say will help shore up food security as crops start to fail on Earth. A capsule containing seeds from selected hardy plants such as the Australian species known as ‘resurrection grass’, which can survive for months without water, will travel on a private Israeli shuttle to the moon, along with sensors, a camera and water, in 2024. The seeds will be watered inside a sealed chamber after landing and monitored for signs of growth. 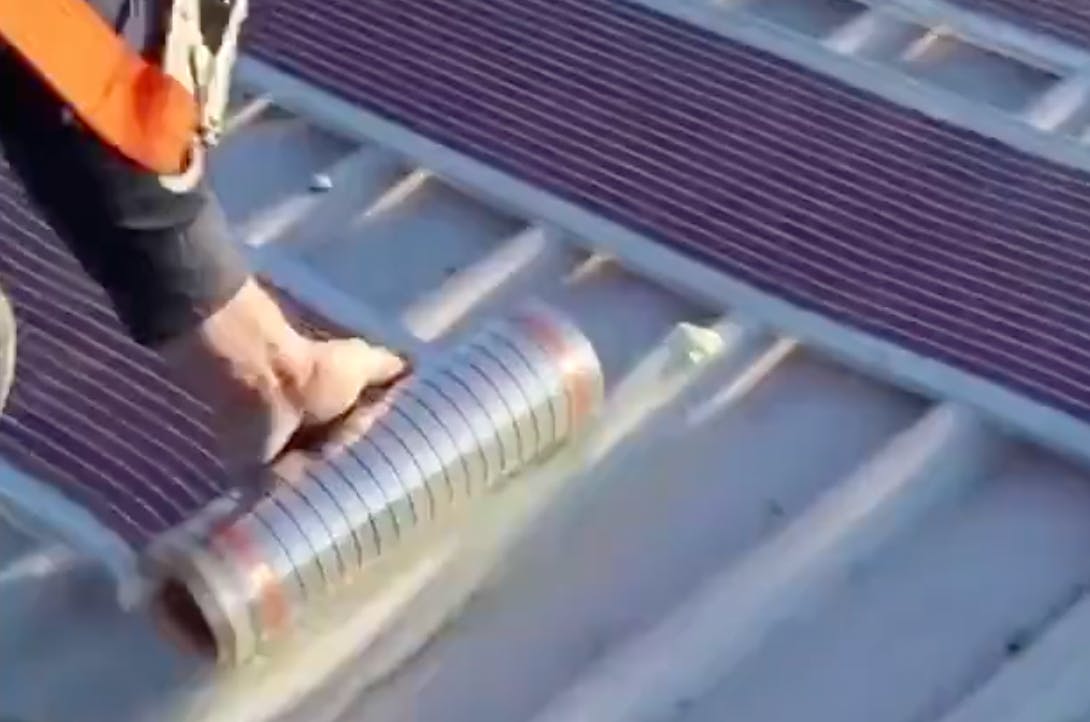 Solar panels that can be printed and rolled out up like newspaper have been developed by scientists at the University of Newscastle in Australia. The panels are lightweight, recyclable, can be manufactured using conventional printers, are cheap to make – they cost US$10 per square metre – and are the thickness of a crisp packet.

Scientists from Germany and the United States are working on a novel way to recycle polyethylene terephthalate (PET), the material used to make plastic water bottles – by turning it into tiny diamonds. By exposing PET to a high-powered X-ray laser, the scientific team have been able to recreate the conditions found on icy planets such as Neptune and Uranus, where hydrocarbons are pummelled into diamonds beneath the surface. 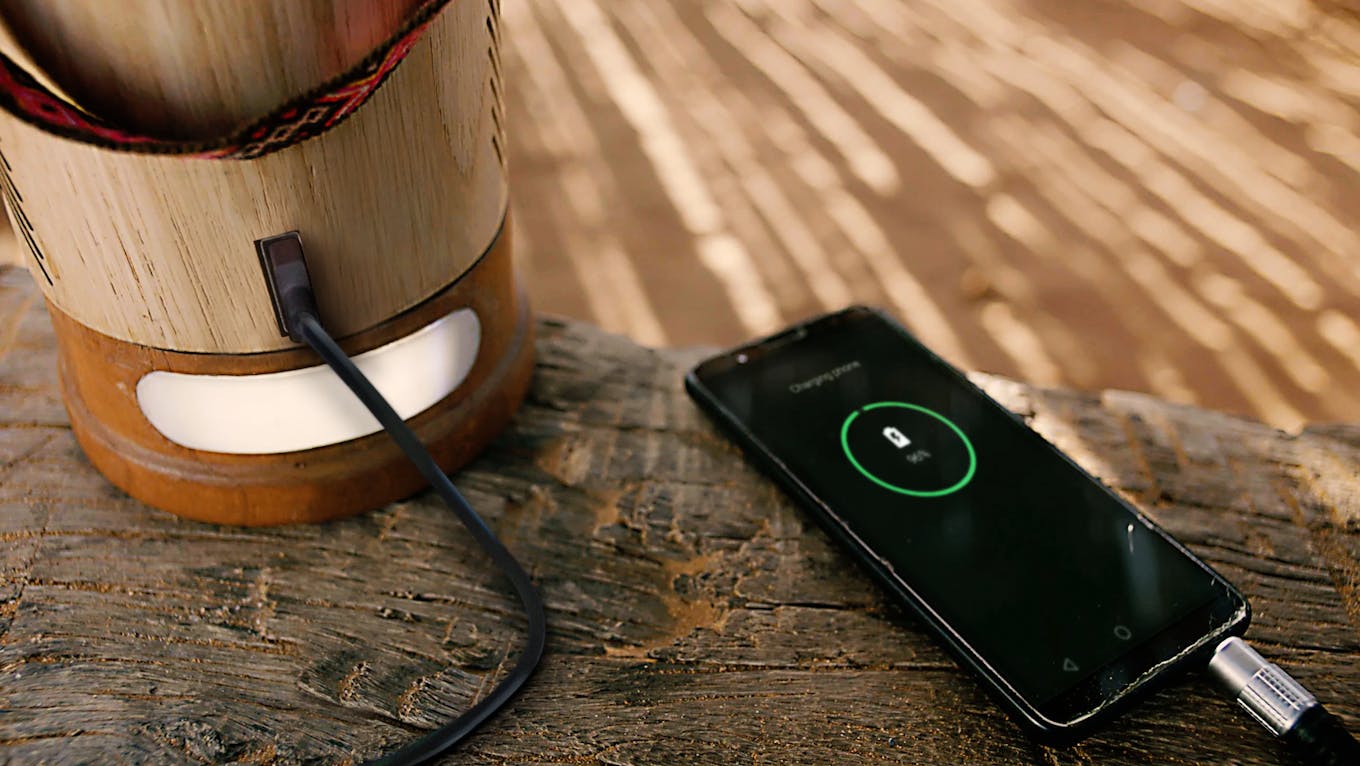 A portable device suited for remote, off-grid communities, “WaterLight”, developed by Colombian renewable energy startup E-Dina, can convert seawater into electricity. Adding 500 milliliters of salt water – or urine, if sea water is unavailable – to the device can generate light for 45 days. The sea water reacts with copper and magnesium plates on the inside of the lamp to produce electricy. WaterLight is recyclable.

Wind turbine blades are made of a number of different materials embedded in resin, and so are difficult to recycle. Spanish-German renewables firm Siemens Gamesa claims to have created the first recyclable wind blade on a commercial wind farm in Germany. Imaginatively named RecyclableBlade, a mild acid solution can be used to separate the blade’s resin, fiberglass, and wood, which can be used again. 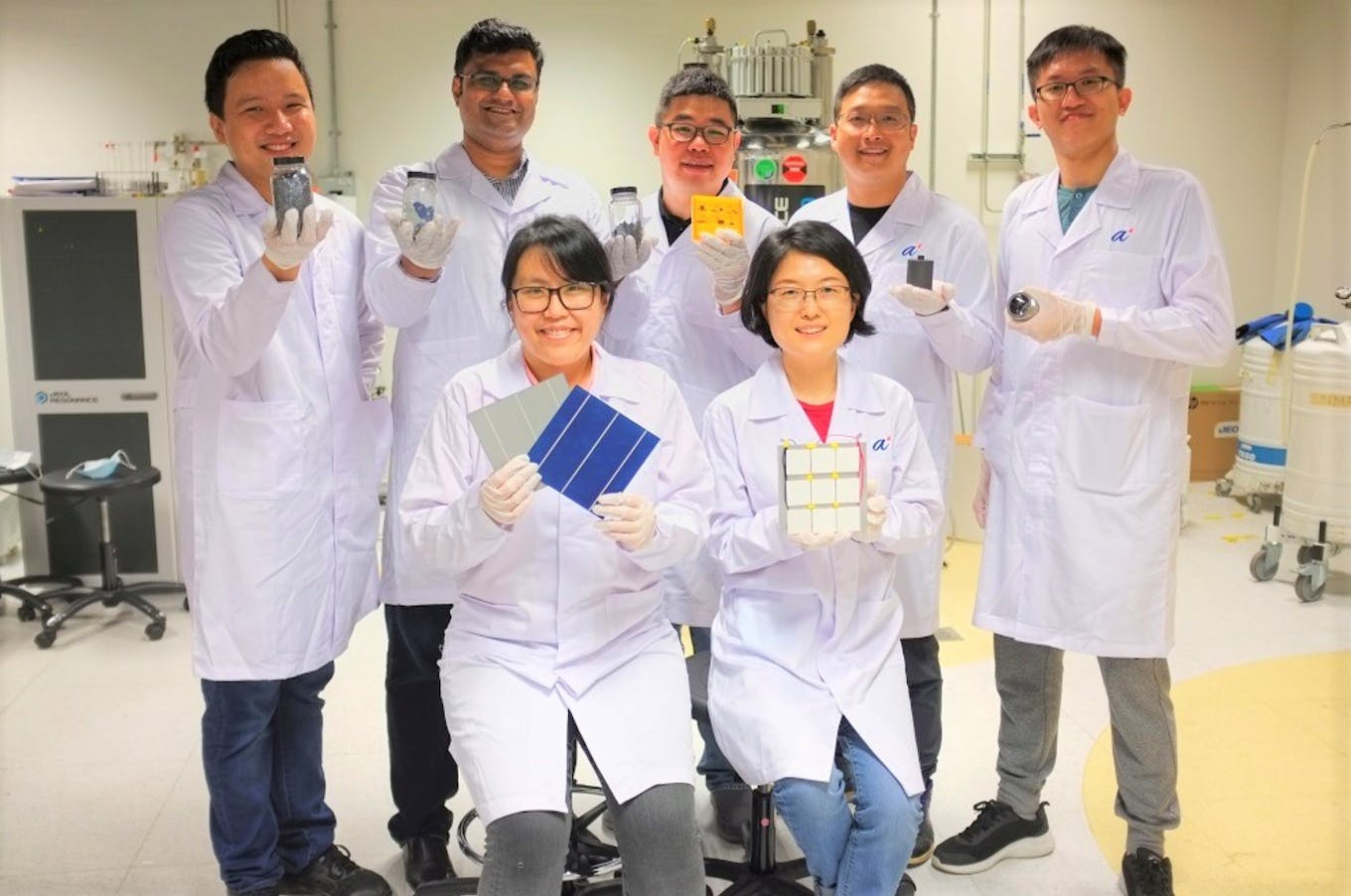 Scientists from NTU have found a novel way to recover the silicon from solar panels. Image: NTU

Scientists from Singapore’s Nanyang Technological University’s Singapore-CEA Alliance for Research in Circular Economy (SCARCE) developed technology that can salvage valuable material from old solar panels, which like wind turbine blades are tricky to recycle. By pulverising solar cells into a fine powder, adding phosphorus and germanium and then exposing it to high temperatures, the scientists say they are able to recover the silicon so that it can be used again. 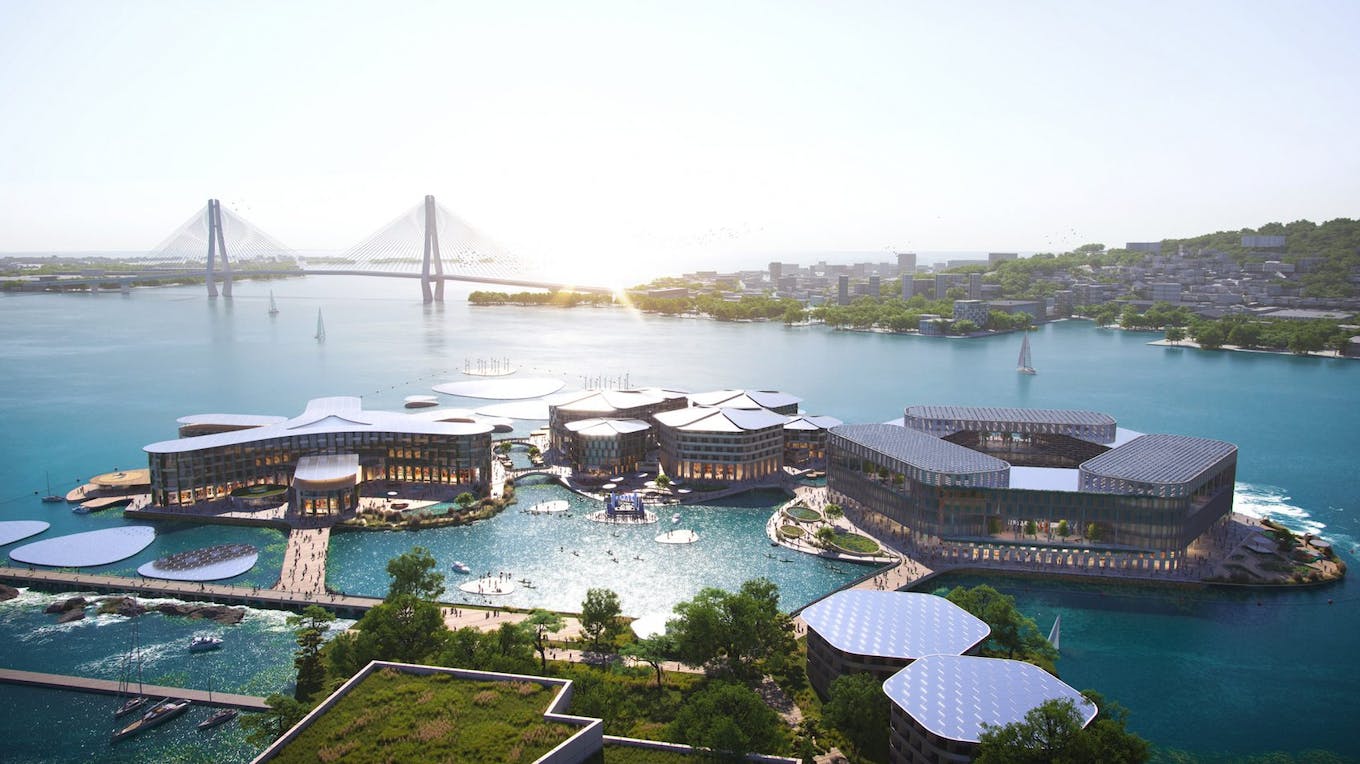 A city that floats is one way to protect the built environment from rising sea levels. Tech firm Oceanix, Danish architecture company Big and Korean building outfit Samoo have drawn up plans for a climate-resilient floating city off the coast of Busan in South Korea. The floating city will be made up of three platforms hosting 12,000 residents, and will expand to more than 20 platforms over time. Covering 6.3 hectares, the city will feature wind-resistant low-rise buildings, terraces for indoor-outdoor living, and gardens and greenhouses for growing food. Billed as “the world’s first prototype floating city”, construction is slated to begin in 2023. 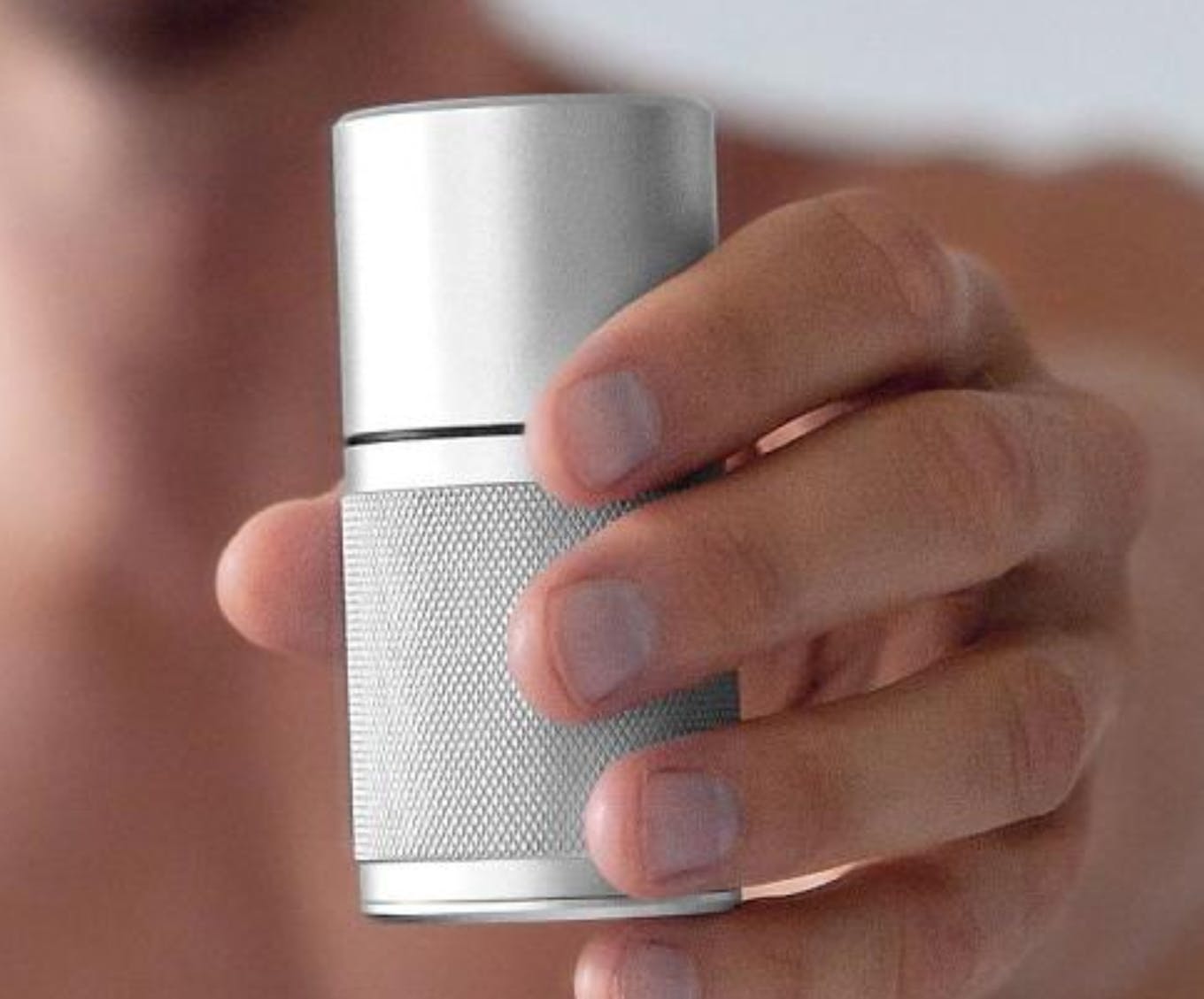 A refillable, reusable, washable deodorant applicator made by Swedish startup Lifelong launched on Kickstarter this year, with the aim of replacing disposable plastic deodorants. The applicator works using a powdered deodorant mixed with water. The refill pouches are made from compostable paper.

Salmon farming has its critics due to marine pollution and high mortality rates as a result of sea lice infestations. But now at least there could be a way to use the huge amounts of waste salmon farming produces. Green Fuels Research, a British renewable fuels firms, has refined salmon farming waste into a fuel for ship engines. The fuel does not require additives and ship engines do not require modification to run on the fuel. 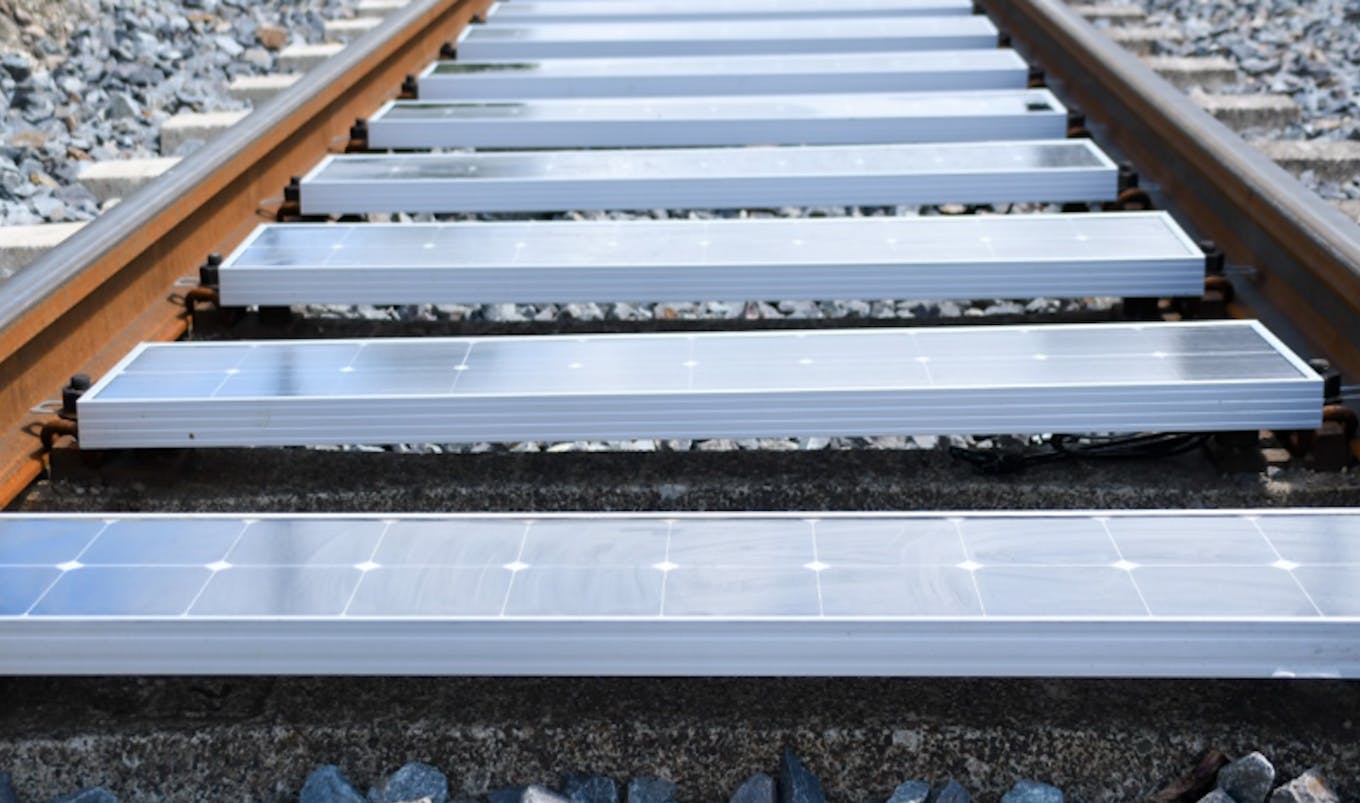 Could railway tracks harness the power of the sun? German rail operator Deutsche Bahn and British energy company Bankset have been trialling the use of photovoltaic systems on railway lines in Saxony. If deployed across Germany’s entire rail network, the track panels could generate as much electricity as five nuclear power plants, Bankset claims.

Cosmetics giant Coty developed what it claims is the world’s first perfumes made from the capture and fermentation of carbon emitted by industrial activity before it is released to the atmosphere. Working with partner Lanzatech, a carbon recycling firm, Coty aims to integrate “sustainable ethanol” into a majority of its fragrance portfolio by 2023. 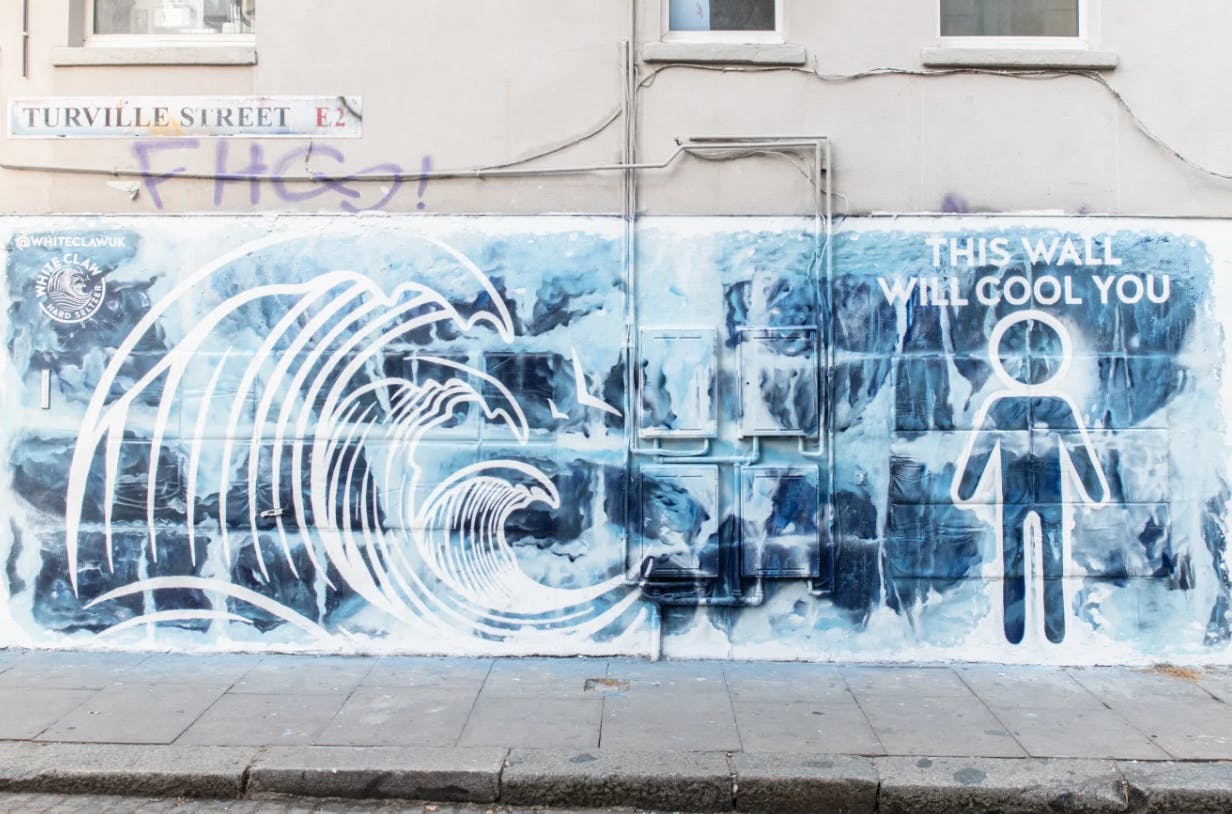 When a record-breaking heat wave scorched the United Kingdom in July, an alcohol brand erected a billboard that it claimed could cool commuters down. The structure was coated with heat-proof paint and adorned with gel cooling mats that supposedly work by absorbing body heat when touched. Is this what advertising will be like in the future – not just annoying but useful?

Vyld, a brand of sanitary towel made from seaweed instead of the conventional ocean-polluting plastic-based napkins, launched last year, and in March got closer to achieving scale by closing a round of seed funding. Vyld’s algae products can be used for packaging as well as the tampons themselves, and require no fertiliser to grow.

Estonian startup The Naturist has developed mock meat brand Crump from hemp (scientific name Cannabis sativa), which its inventors say is a healthier, more sustainable alternative to soy, a common ingredient in other alternative meat brands. Hemp can survive in low-moisture soil, grows quickly, does not require pesticides, and has potent carbon-locking properties, says The Naturist. In its marketing, the firm took a swipe at soy, claiming that it gives men gynecomastia, or “man boobs”, because soybeans contain plant oestrogen. 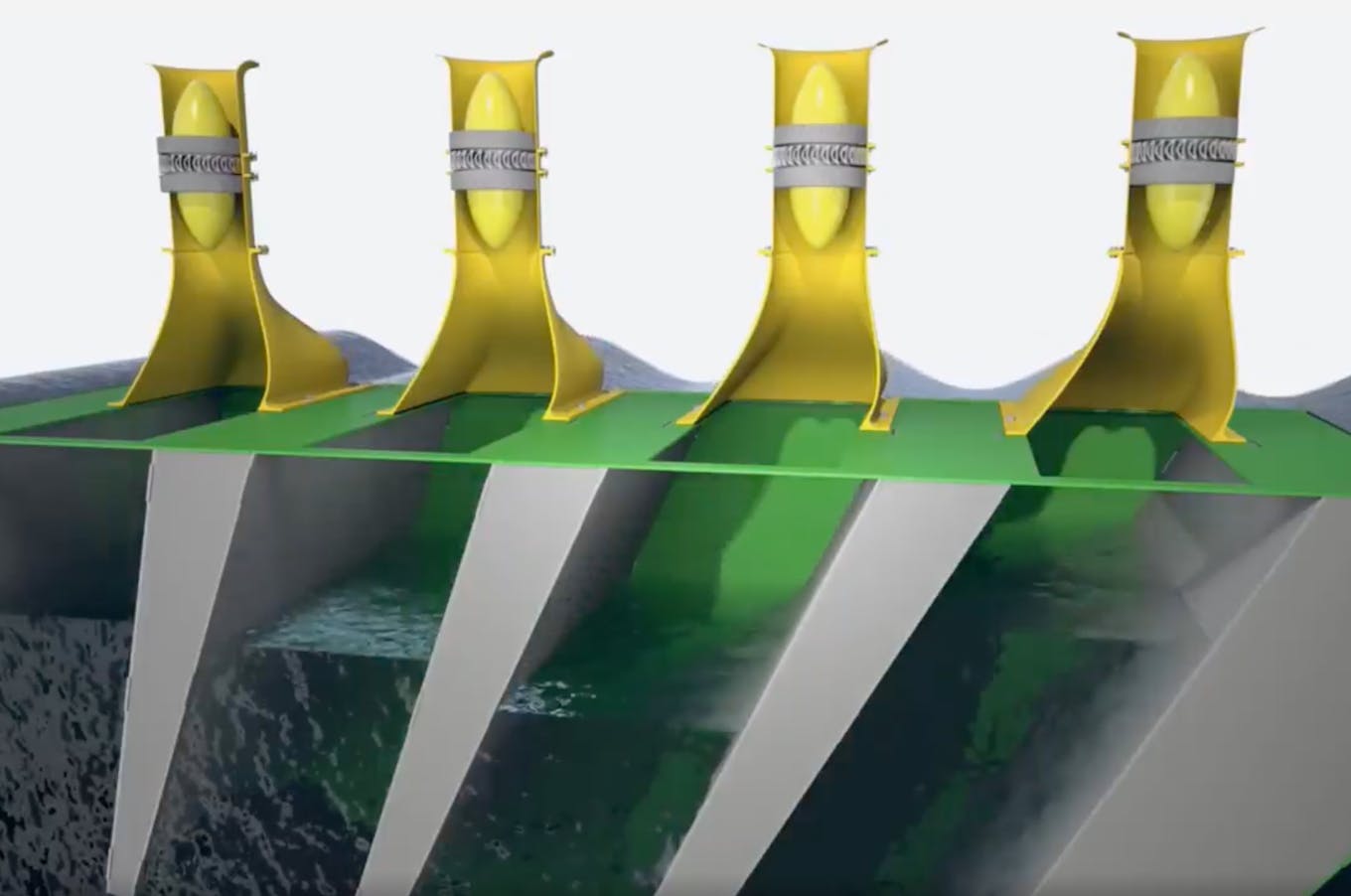 Ocean waves push up pressurised air to drive a turbine. The wave power innovation developed by Norwegian firm Havkraft AS can generate 200 kilowatts to 1 megawatt (MW) capacity range per module. Havkraft AS claims that its technology is up to 50 times more efficient per MW than solar energy.

The war in Ukraine has created a chemical fertiliser shortage. Enter “pee-cycling” – the use of human urine to fertilise crops. Pee is full of the same nutrients that plants need to flourish and, unlike chemical fertiliser, is not derived from climate-wrecking fossil fuels. “We make this amazing fertiliser with our bodies, and then we flush it away with gallons of another precious resource. That is really wild to think about,” Kate Lucy, who started a movement to collect thousands of litres of urine for farmers, with her husband, told The New York Times. 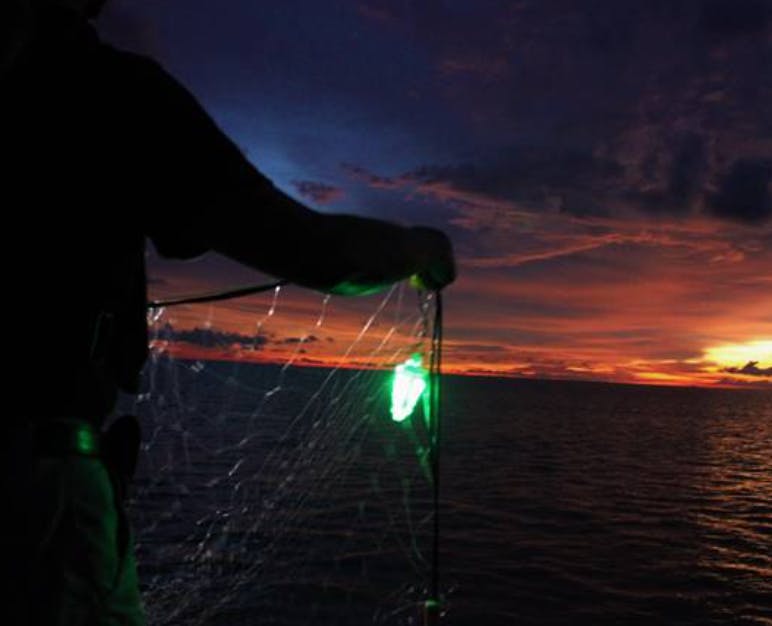 Using fishing nets with lights attached can greatly reduce bycatch of sharks, rays, and sea turtles, according to a study published in Current Biology. Lighted gillnets cut bycatch by 63 per cent, which included a 95 per cent reduction in sharks, skates, and rays, an 81 per cent reduction in Humboldt squid, and a 48 percent reduction in unwanted finfish, while maintaining catch rates and market value of target fish.

Have we missed any? Let us know by writing to news@eco-business.com or leave a comment in the comment box. This story is part of our Year in Review series, which journals the stories that shaped the world of sustainability in 2022.