After being battered by a super typhoon late last year, the Danjugan Marine Reserve and Sanctuaries is pushing for a network of marine protected areas to share resources on biodiversity-rich Negros Island.

Danjugan Island, a small island three kilometres off the coast of sleepy Cauayan, Negros Occidental, was also in the storm’s path.

A year after the devastation, Danjugan Island Sanctuary is up and running again, championing a network of marine protected areas (MPAs) to bolster conservation and share resources on biodiversity-rich Negros Island.

“Marine protected areas shouldn’t be treated as individual isolated protection efforts, they need to be networked,” said Dave Albao, executive director of the non-profit Philippine Reef and Rainforest Conservation Foundation Inc. (PRRCFI). “[Our organisation] is committed to championing a network of MPAs, from here in Cauayan to Sipalay and even to Siaton on the Oriental Negros side, spanning some ten municipalities and two cities.”

Odette may have been the single most devastating extreme weather event the protected island has survived in the 28 years that PRRCFI has worked to protect the Danjugan sanctuary.

The super typhoon left a considerable portion of Danjugan’s 444 ha of preserved coral reefs and seagrass beds partially or totally damaged, according to Albao, noting that the deluge was especially destructive to the shallow reefs that dotted their protected coastline.

Danjugan Island’s head guide, Rayman Armada—a Bulata, Cauayan local—recalls the ordeal of being on the remote island when Odette made landfall.

More than anything, [super typhoon] Odette was a rude awakening. It made us realise that decades of conservation can be put at risk by just one extreme climate event. It’s our new reality. We now need large-scale change to make a difference,

“I could barely sleep that night because of the howling winds and the sound of nearby trees snapping,” Armada recalled in his native Hiligaynon. “When I finally stepped out of the [staff house] the next morning, the island was unrecognisable.”

Much of the 43-hectare island’s forest cover was lost to the storm, dead fish and debris were washed ashore by the strong riptide, and uprooted trees blockaded the island’s many hiking trails.

“More than anything, Odette was a rude awakening,” Albao told Eco-Business. “[It made us] realise that decades of conservation can be put at risk by just one extreme climate event like a super typhoon. It’s our new reality. We now need large-scale change to make a difference.” 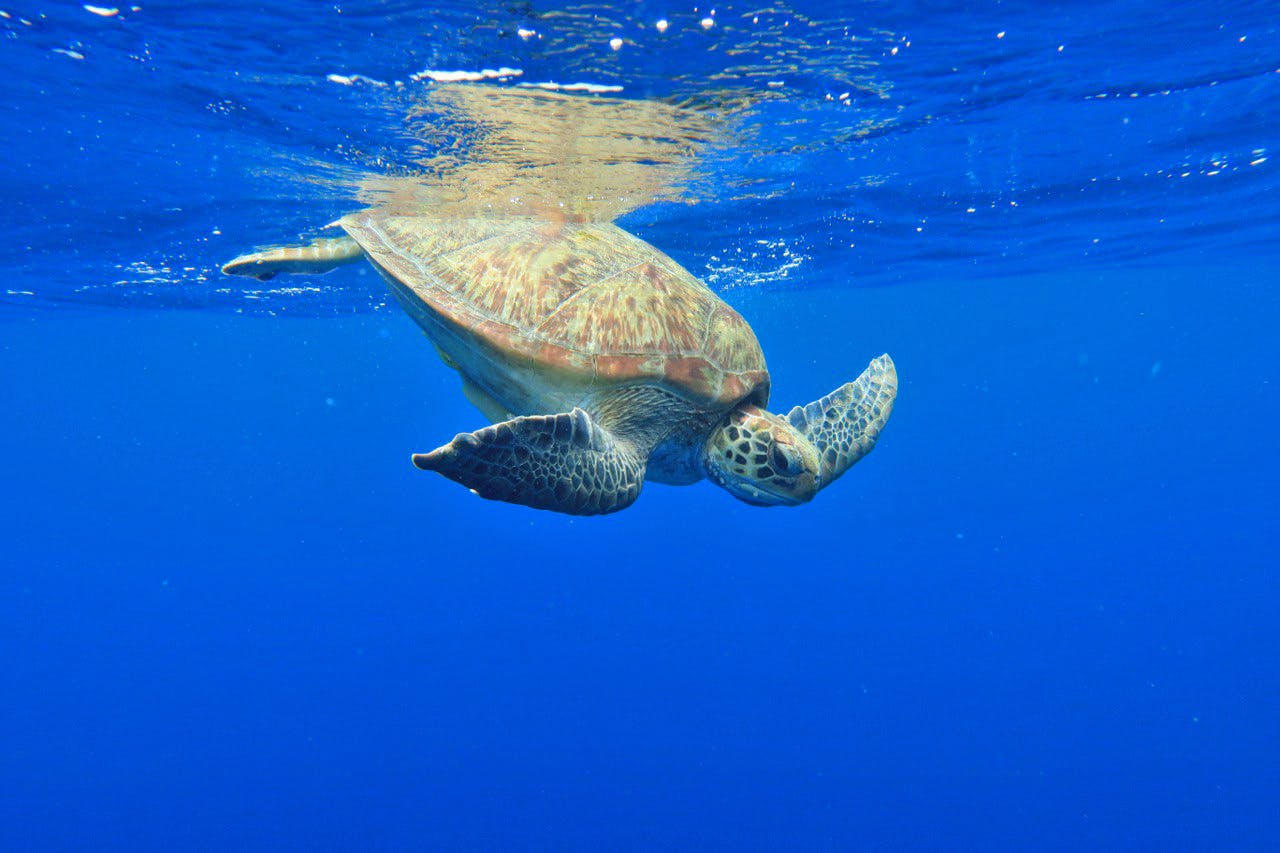 Some 10 months since, Danjugan’s denuded trees have gradually grown back their foliage, and the island’s marine and terrestrial biodiversity are thriving again. However, the island’s coral reefs will likely take more time to recover.

At least 572 fish species have been documented in Danjugan’s waters, as well as 244 species of hard corals, eight species of seagrass, and 17 species of mangroves. On land, the island provides habitat for 74 bird species and 10 bat species.

“I have been surprised by the rate of recovery of the island,” shared Albao. “Nature has an infinite capacity to regenerate if we allow it.”

Despite last year’s setback, Danjugan Island and its stakeholders remain committed to their vision of community-led conservation. With three core no-take zones, the Danjugan Marine Reserve and Sanctuaries oversee the largest marine protected area in Southern Negros, enshrined by Cauayan Municipal Ordinance 99-52 of 2000 and the subsequent Municipal Ordinance 2021-222.

Predominantly governed by their respective local governments, MPAs are established as a means to manage coastal biodiversity conservation and advocate for sustainable fishing in the Philippines.

This archipelago boasts more than 1,600 marine protected areas according to a database compiled by the Marine Protected Area Support Network. However, the survey notes that most of them remain “paper parks” or “paper MPAs”—marine reserves only in ordinance with very low levels of enforcement of environmental legislation.

On the other hand, Negros Oriental  MPAs cover 775 ha despite being comprised of 46 declared marine sanctuaries. Despite this, only some 52 per cent of these reserves are functional, according to research published by the Foundation for the Philippine Environment and Silliman University. 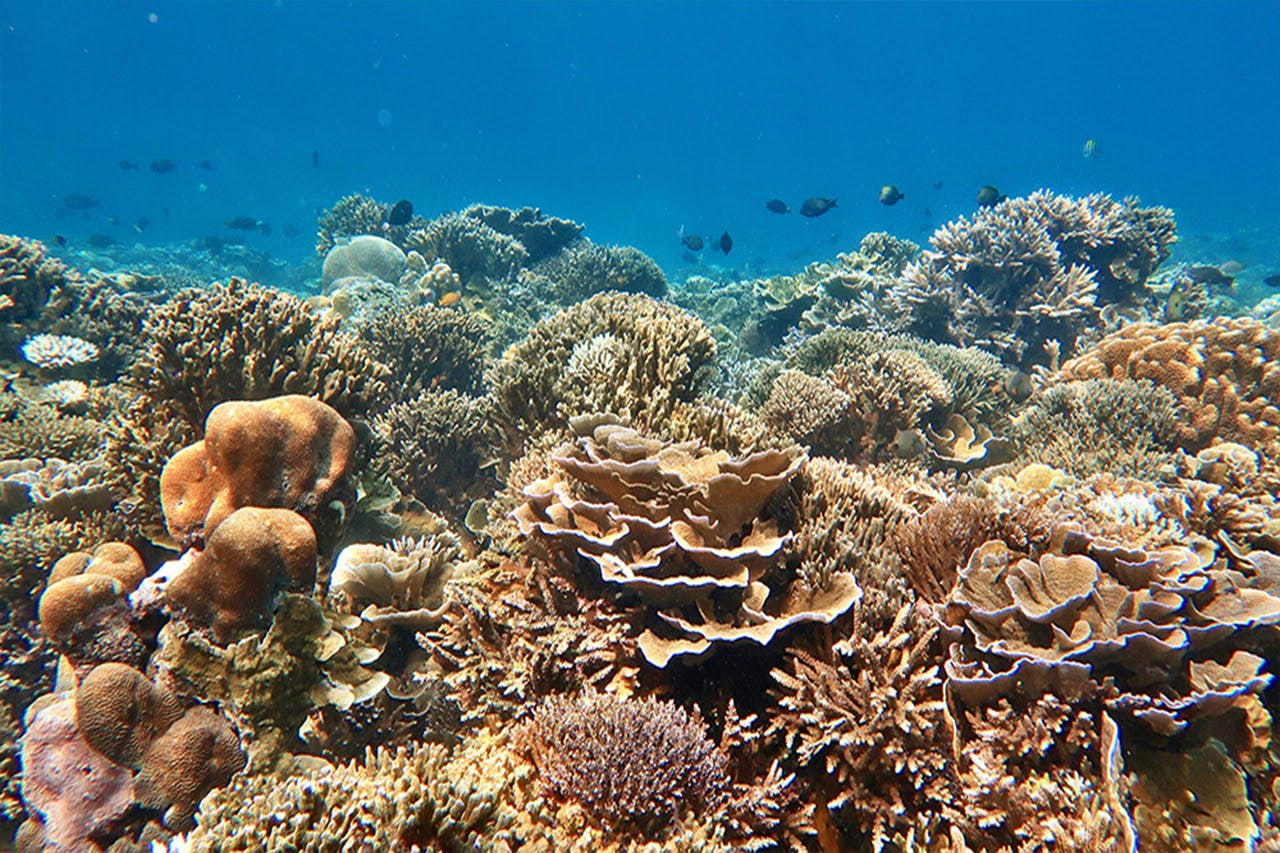 The slack implementation of these MPAs has largely been chalked down to local government units’ lack of resources, knowledge, and manpower to carry out the protection of their vulnerable marine resources. Spurred by the squandered conservation potential of these “paper MPAs,” PRRCFI is among the proponents lobbying to institutionalise a network of marine sanctuaries that dot Negros Island’s coastline.

This string of marine protected areas has been dubbed the South Negros Marine Key Biodiversity Area Network of Marine Protected Areas. Through this network, the group hopes local government units and other stakeholders will be able to share their expertise and other resources to better conservation efforts along Negros coasts.

According to a United States Agency for International Development (USAID) study, the Philippines loses some P68.5 billion annually to illegal fishing alone. The Bureau of Fisheries and Aquatic Resources estimates that an “average of 10,000 dynamite blasts” occur in the country every day.

Danjugan was once an overexploited marine area before PRRCFI fully acquired the island in 1994 via a grant from the United Kingdom-based World Land Trust and supplemental funds from the organisation’s trustees.

Nearly three decades since, less than 10 per cent of the 1.5-kilometre island has been developed, a testament to PRRCFI’s commitment to conservation and sustainability.

Danjugan Island has grown to become one of the Philippines’ top advocates for low-impact, low-volume eco-tourism. Running entirely on solar power and most of their running water derived from rain, the sanctuary limits visitors to the island and strictly observes the maximum carrying capacity of Danjugan Island at just 32 individuals at a time.

What has remained a cornerstone of the organisation’s initiatives in Danjugan, however, is its environmental education program. The island hosts up to six experiential marine and wildlife camps each year, catering mostly to youth and budding environmentalists, but also to diverse interest groups. Through these immersive camps, Danjugan aims to reacquaint individuals with nature and biodiversity.

Among the graduates of these camps and now a conservationist in her own right is Carmela Ellaga, a scholar of PRRCFI’s Danjugan Island Environmental Education (DEEP) programme. 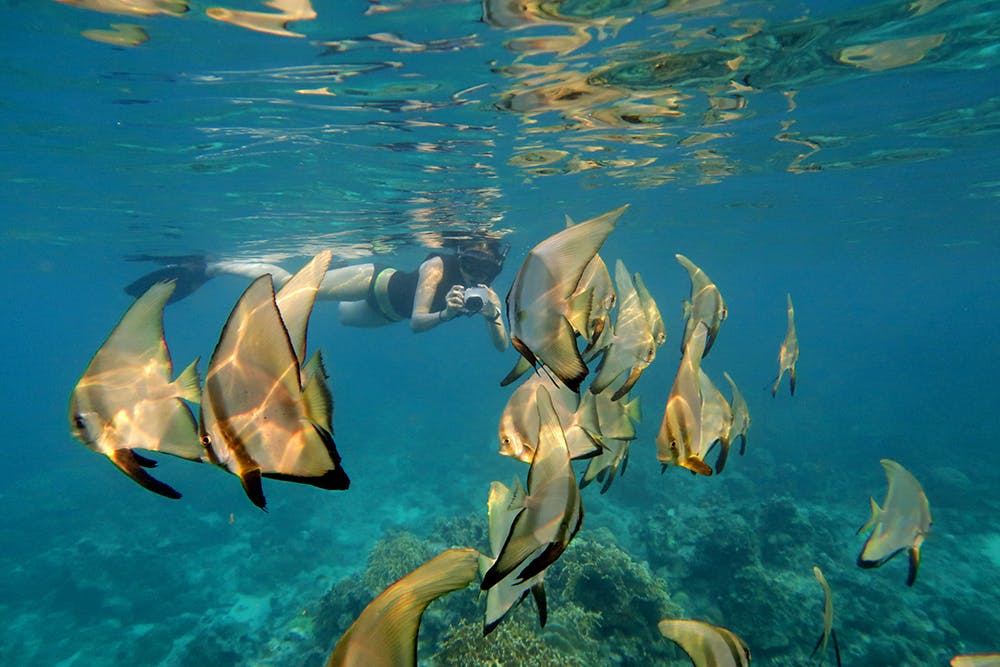 A resident of Bulata, Cauayan and the daughter of a traditional squid fisher, Ellaga first stepped foot on Danjugan Island when she was 15 years old, as one of the recipients of a free wildlife camp for young high school leaders in Cauayan’s public school system. She subsequently joined these camps as a volunteer peer facilitator.

After graduating from Carlos Hilado Memorial State College with a Fisheries degree, she would go on to work with PRRCFI as a full-time community officer, leading coastal initiatives that encourage participatory conservation through initiatives like ProCoast and the USAID-funded Sea Waste Education to Eradicate Plastic (SWEEP).

Ellaga was heralded by former US First Lady Michelle Obama and Global Citizen as “5 Young Women and Girls Fighting for Climate Justice You Should Know” for her work with Danjugan Island and its neighbouring coastal towns. 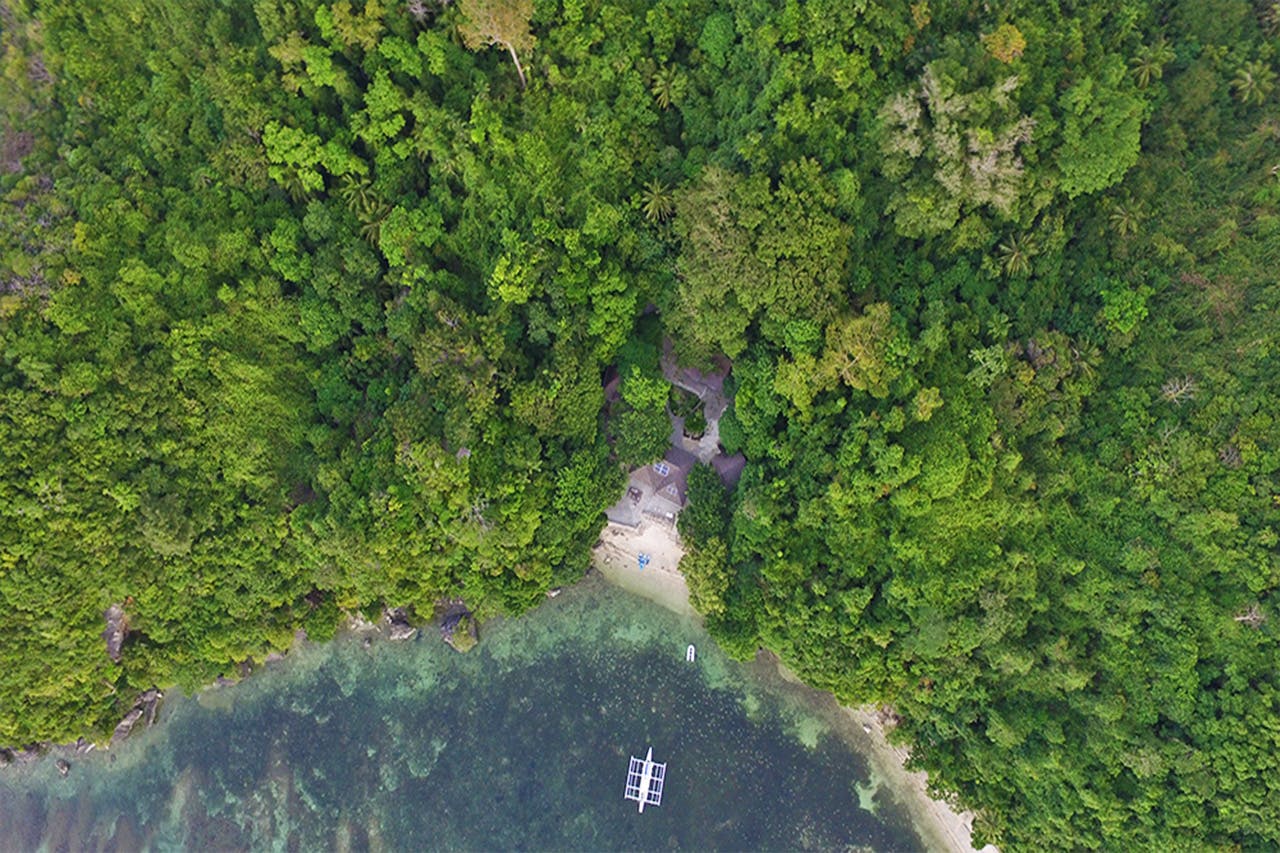 Some 572 fish species have been documented in Danjugan’s waters, as well as 244 species of hard corals, eight species of seagrass, and 17 species of mangroves. Image: Philippine Reef and Rainforest Conservation Foundation, Inc.

Aiming to mobilise a new generation of community-based conservation champions, PRRCFI launched a partnership with UK-based fintech company LMAX Group earlier this year. Dubbed Actions for Communities and Environment (ACE), the collaboration has since bolstered conservation research efforts and environmental education activities on Danjugan Island. The ACE project also recently introduced its slate of young sustainability scholars, who are set to gain financial support for their studies and experiential mentoring from Danjugan Marine Reserve and Sanctuaries’ stakeholders.

“I’ve always admired that the foundation always works with the community, under its vision of ‘wildlife and people,’ especially when it comes to education and empowerment,” Ellaga told Eco-Business. “There are definitely challenges in trying to involve the local community in conservation. But as the years have gone by and their engagement with Danjugan Island has deepened, they come to realise the value and impact of our work here.”