How does a nation of foodies manage to generate 665 tonnes of food waste annually? Industry experts share their insights into Singapore's foodprint at a virtual dialogue by Eco-Business and FairPrice Group.

As a nation of food lovers, Singapore is the only country in the world with a hawker culture that has been added to the UNESCO list of intangible cultural heritage.

However, food waste accounts for about 10 per cent of the total waste generated in Singapore, according to the National Environmental Agency (NEA). The nation’s food recycling rates have seen a nominal increase from 13 per cent in 2013 to 19 per cent in 2020.

“When we throw away our food, the resources used to grow and deliver the food to us are wasted. Additional resources will also be needed to collect, transport, and incinerate them,” said Dr Amy Khor, senior minister of state for the Ministry of Sustainability and the Environment on Tuesday (27 April) at a virtual dialogue by Eco-Business and FairPrice Group titled “The truth about Singapore’s foodprint”.

Most of us post-independence Singaporeans have the luxury of having a hot meal for just three dollars at a hawker centre. We take for granted that food is cheap, and maybe that’s why we don’t value it as much or think twice about dumping it.

The city-state imports 90 per cent of its food and throws away a third of what it imports, leaving the country far from addressing its food security and land scarcity issues, Khor said.

Increasing affluence has caused Singaporeans to become detached from the value of food, according to Nichol Ng, co-founder of food distribution charity Food Bank.

“Most of us post-independence Singaporeans have the luxury of having a hot meal for just three dollars at a hawker centre. We take for granted that food is cheap, and maybe that’s why we don’t value it as much or think twice about dumping it,” Ng said.

Food waste is particularly high when citizens may not feel the direct pinch in their wallets. Kevin Teng, executive director of sustainability at Marina Bay Sands (MBS), said that the hospitality sector incurs the most on-site food waste from large events such as weddings or dinner dances. Nearly 10,000 kg of food waste is generated from 10 to 15 events alone.

“Most people patronising one of our 80 restaurant outlets at MBS, paying for their food, don’t waste nearly as much as they do when they attend events,” he said.

“What I think is really important is to make food appreciation a part of everyday life, until it becomes a part of our culture. It’s not education until you’ve applied it,” said Chitra Venkatesh, head of education and outreach at World Wildlife Fund (WWF) Singapore.

Singapore’s post-independence pivot away from the agricultural and farming industry may have contributed to the detachment its citizens now feel surrounding the issue of food waste, Ng said.

Encouraged by the influx of big fish farms that have decided to make Singapore their home, she called for them to engage openly with locals, so Singaporeans can better understand the origin of their food. 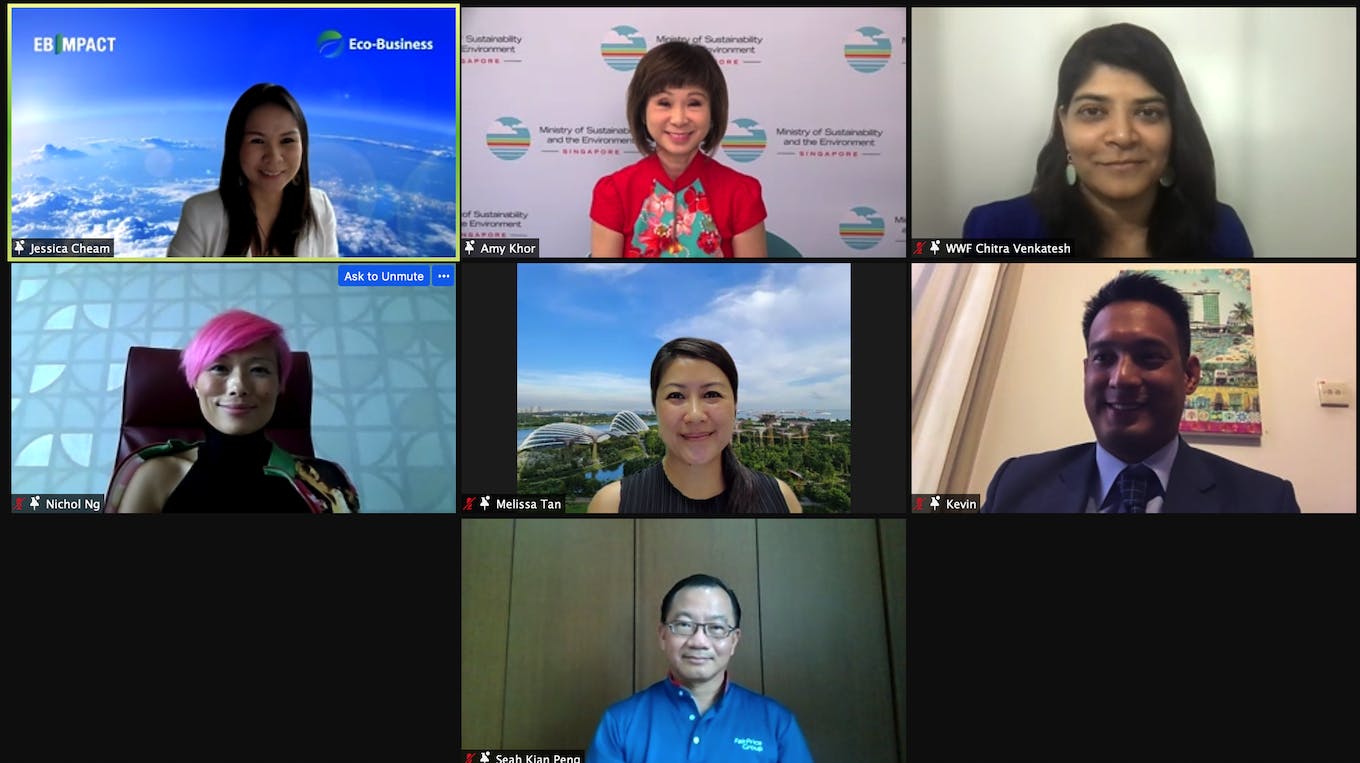 Waste not, want not

The absence of a Good Samaritan Law in Singapore prevents many food outlets from redistributing their daily excess food to charities with ease.

“Most event organisers only get about 40 per cent of the people that RSVP, and even when people show up, they may not necessarily want to eat there,” Teng said. “So for event organisers, it is important that the necessary processes and legal systems are in place to encourage corporates to donate their overproduced food.”

Almost a decade ago the government declared that “there is no need to introduce a Good Samaritan legislation in Singapore” — but Khor, an MP, assured during Tuesday’s dialogue that the government is exploring passing a law in order to ease business concerns over the donation of excess food.

Under the updated Resource Sustainability Act (RSA), large commercial and industrial food waste generators will be required to segregate their food waste for treatment from 2024 onwards.

“The RSA has certainly made enormous waves around the F&B outlets, hotels, and convention centres in town. Businesses have been given a fair runway, and have four years to figure out how to do it,” Teng said.

In tandem with these requirements, NEA is also exploring a food waste reporting framework to help companies better understand the amount of food waste they produce, and draw attention to the potential for sustainable food waste management.

According to Khor, “the data collected shall help NEA in future review and develop policies and programmes.”