From post-apocalyptic red skies in Indonesia to vast swathes of the Amazon gone up in smoke, 2019 spelled doomsday for some countries while others worked to prevent the world from spiraling further towards climate catastrophe.

As governments all over the world struggled to keep their societies, water resources and forests intact, global carbon dioxide emissions from fossil fuels rose once again—albeit at a slower rate—this year, according to data from the Global Carbon Project.

Last week, governments and delegates from around the world gathered in Madrid to hammer out the details of how nations will meet their commitments to cut emissions under the 2015 Paris Agreement, and figure out how to carve a way forward as the world’s largest economy, the United States, removes itself from the collective battle against climate change.

But how did other countries fare throughout the year? What did they do, or not do, to turn the doomsday clock around?

Eco-Business highlights seven countries that made waves in 2019 for their efforts—or lack thereof—to counter the biggest environmental and social challenges of our time.

We all wished it had been an Instagram filter that cast a red hue over the scenes snapped in Indonesia’s Jambi province in September. Unfortunately, the blood red skies came against a backdrop of intense forest and peatland fires that burned through more than 42,000 hectares of land across the archipelago.

The resulting haze sparked a diplomatic row with neighbouring countries, with Malaysia’s environment minister Yeo Bee Yin telling Indonesia’s ministry of environment and forestry to “not be in denial” over data showing Indonesian hotspots as the most likely source of the transboundary haze.

Although Indonesia has expressed stronger commitment to reducing deforestation-driven emissions, vast tracts of land continue to be cleared by burning to make way for pulpwood and palm oil plantations.

Palm oil has shaken up Indonesia’s relations with Europe, which intends to phase out palm oil from transport fuel on environmental grounds. Jakarta is in the process of filing a complaint against the European Union for what it describes a “structured and systematic” campaign to block palm oil in favour of domestically grown oils.

The Pacific country positioned itself on the right side of history this year after signing its Zero Carbon Bill into law. The bill will see the creation of an independent Climate Change Commission to steer government policy and commits the country to net zero emissions by 2050. New Zealand is also planning to plant 1 billion trees over 10 years and investing $14.5 billion into clean mobility.

Prime minister Jacinda Arden has also received international praise this year for her strong leadership over the deadly shootings in Christchurch. In its wake, she refused to mention the terrorist’s name, introduced tighter gun laws and displayed solidarity with the country’s minority Muslim community.

This year marked the biggest loss of forests in Brazil in a decade, proving predications made a year ago that President Jair Bolsonaro’s reign would spell disaster for the environment. 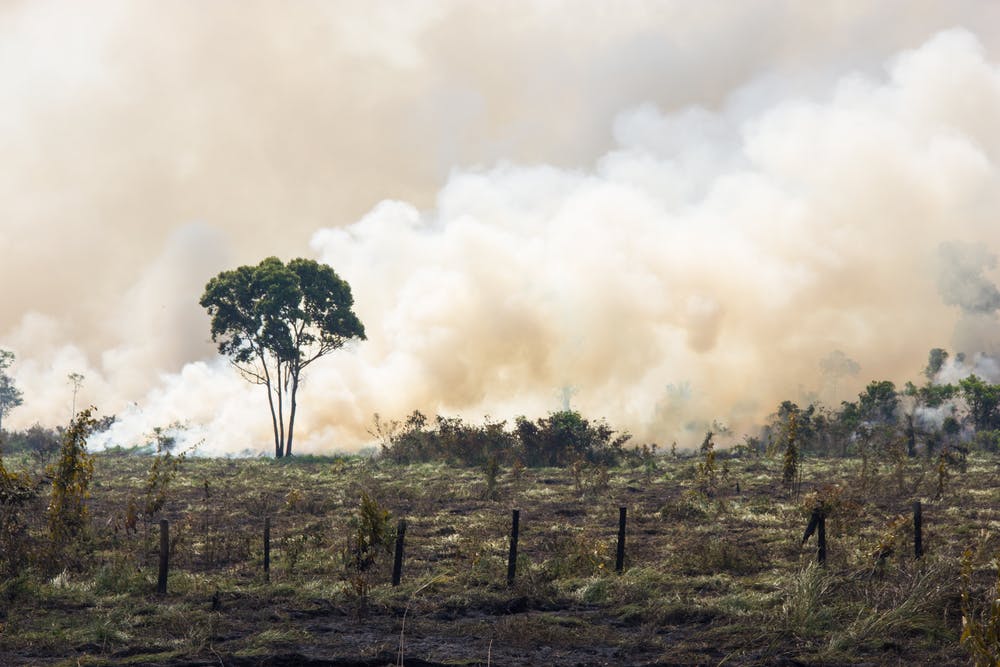 The burning of the Amazon Forest to open space for pasture. Image: pedarilhos, CC BY-SA 2.0

According to the National Institute of Space Research, deforestation in Brazil rose by 222 per cent in August compared to August last year, as 25,000 fires spread throughout the Amazon that month. Due to lax enforcement of environmental policies and the president’s pro-development rhetoric, land grabbers have free rein to deforest one of the world’s largest carbon sinks. Bolsonaro has described deforestation and forest fires in Brazil as a “cultural” issue.

A group of Brazilian lawyers and a human rights group are also taking the president to the International Criminal Court for what they describe as genocidal behaviour towards indigenous groups, whose lands have been opened up to mining and agribusiness under the president’s policies.

Clean energy deployment in Southeast Asia is slower than anywhere in the world, but Vietnam is powering ahead with new policies and ambitious targets that seek to increase its renewable energy capacity. According to global energy consultancy firm Wood Mackenzie, Vietnam is now leading Southeast Asia’s solar photovoltaic market and has the largest installed capacity.

The climate-vulnerable country is also leading on wind as it looks to install 1 gigawatt of onshore and offshore wind capacity by 2021. In July, the government gave the go-ahead for the world’s largest offshore wind farm to be built in the country’s south, which will exceed the power capacity of coal, gas and hydropower plants in the country.

Despite commendable progress on renewables, Vietnam continues to guzzle growing amounts of coal, which has contributed to serious air pollution in its capital Hanoi. After being ranked as the most polluted city in the world one week in October, an air quality app was hacked and went out of use after threatening messages were left on its online platforms. 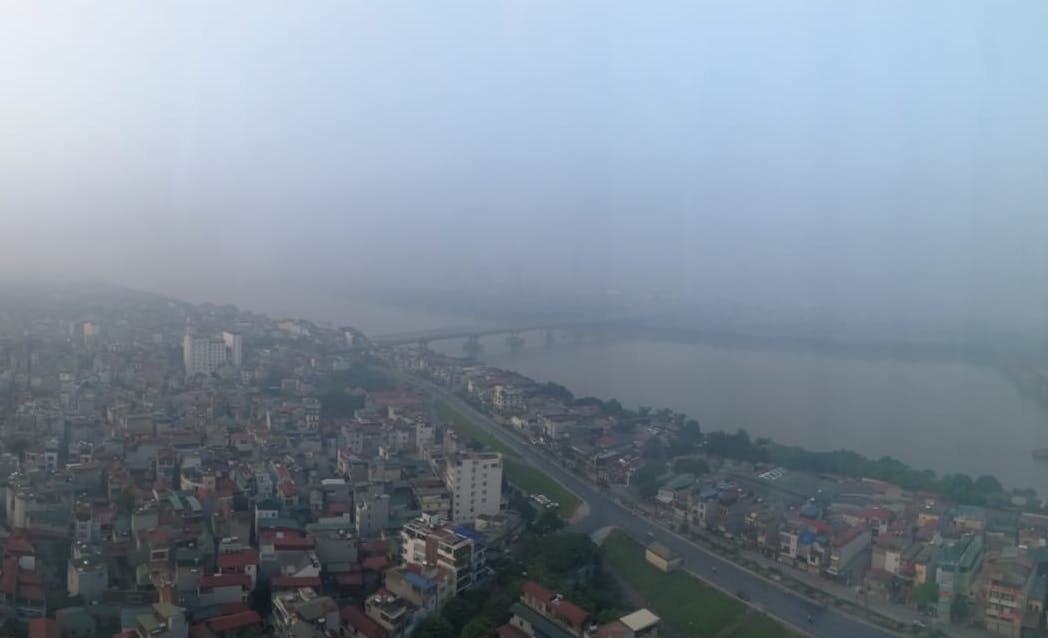 The Chinese government is whipping its country into shape on waste one year after banning waste exports from developed nations and inspiring other Asian nations to follow suit.

This year, its biggest city Shanghai introduced new regulations on waste management that aims to transform the way waste is collected and sets fresh restrictions on the waste produced by businesses and government departments in China.

For example, since the regulations came into effect in July, hotels—even luxury, five-star establishments— are prohibited from providing disposable slippers and shower caps, unless requested by guests. Since the rules were implemented that first week, close to 200 fines were issued as close circuit television cameras kept an eye on the public at waste disposal areas.

Despite its heavy hand on waste, China is performing less well on climate action. Recent data shows that China is expected to be responsible for effectively all of the increases in global carbon dioxide emissions in 2019 as its own emissions rose 2.6 per cent on last year.

Singapore’s biggest banks made big moves to respond to the climate crisis this year, with DBS, OCBC and UOB—Southeast Asia’s largest banks—declaring an end to coal financing.

A solid (and rare) show of activism was also witnessed in the small city-state this year as nearly 2,000 people turned up at Speakers’ Corner to demand that the government take a more ambitious approach to fighting climate change—one that relied less on adaptation and more on mitigating measures that would limit the country’s greenhouse gas emissions. 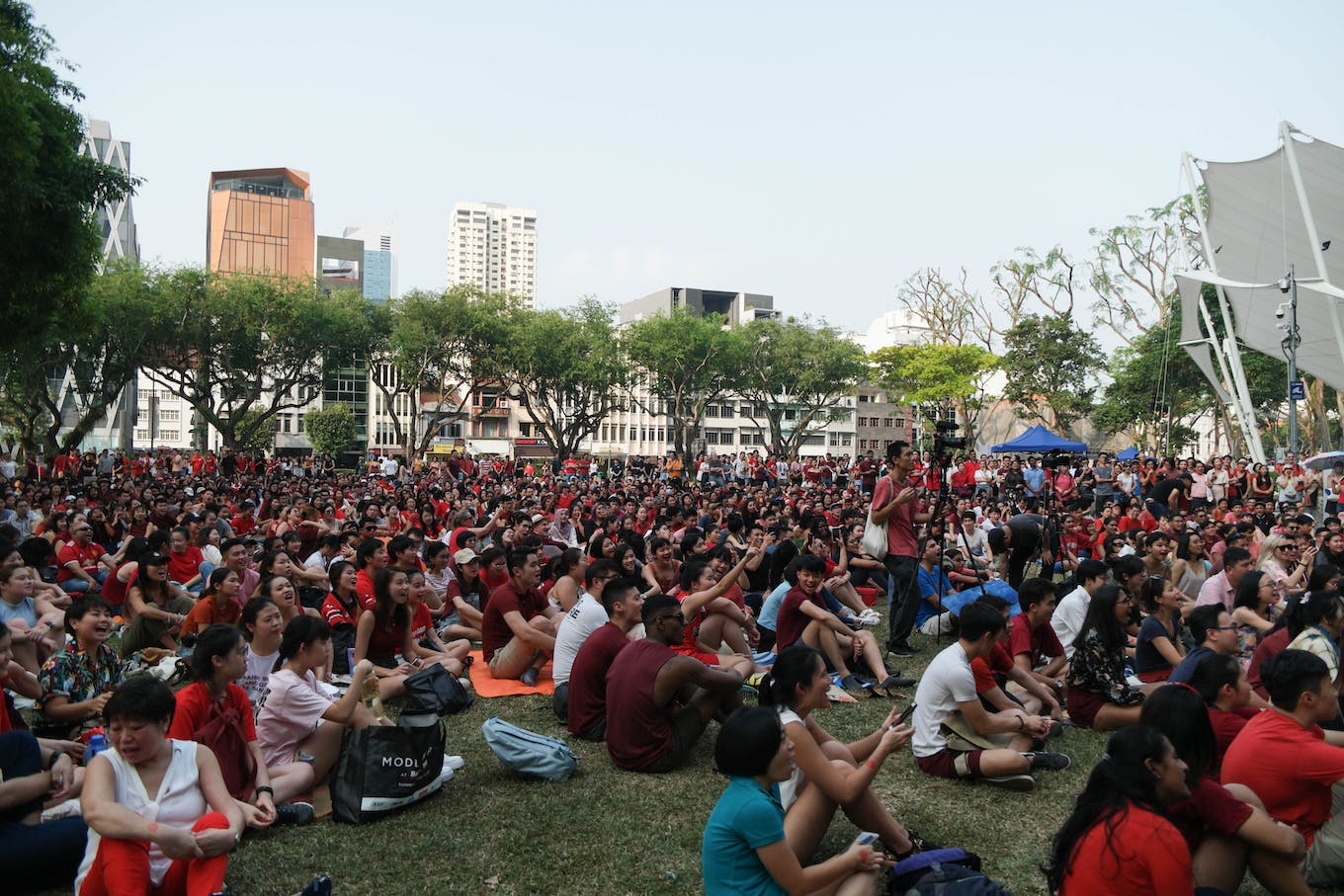 Just a month before, Singapore’s prime minister had acknowledged the severe threat of climate change in one of his biggest political speeches of the year.

Despite growing support for the climate movement, the government’s decision to run the country’s Cross Island MRT line under its largest nature reserve was a blow to environmentalists who had been fighting hard to get the line skirted around what remains of Singapore’s heavily depleted forests.

The UN Environment Programme (UNEP) chose Costa Rica for its role in protecting nature and fighting climate change, enshrined in its Plan Nacional de Descarbonización 2018-2050 (National Decarbonisation Plan). The plan aims to abolish the use of fossil fuels and fully electrify its transport system by 2050.

Costa Rica often punches over its weight on climate policy and action. This year, 39-year-old president Carlos Alvarado extended the country’s moratorium on oil exploration and exploitation, both on land and in the deep sea. The moratorium was first established in 2002 and has been extended by succeeding governments.

Amid bleak news such as the inaction of world leaders on climate change, these individuals have inspired through their efforts to protect animal habitats, reduce waste and mobilise society.
People who stood up for our planet in 2019