Nature groups are dismayed, but say dialogue with the authorities has helped reduce the environmental impact of the rail project, due to be completed around 2030.

The Singapore government has announced that a future rail line will cut beneath the country’s largest nature reserve, which has freshwater streams and primary forests that are home to endangered animals such as the Sunda Pangolin and Lesser Mousedeer.

The decision, announced on Wednesday, disappointed members of the nature conservation community, some of whom have engaged tirelessly with the authorities for years.

Plans for the underground Cross Island mass rapid transit (MRT) line, stretching 50km from eastern to western Singapore, were first announced in 2013. Concerns quickly arose over part of its alignment and two options were drawn up: one that would tunnel under the Central Catchment Nature Reserve for 2km, and another longer route that would skirt around the reserve and extend the train commute by six minutes. 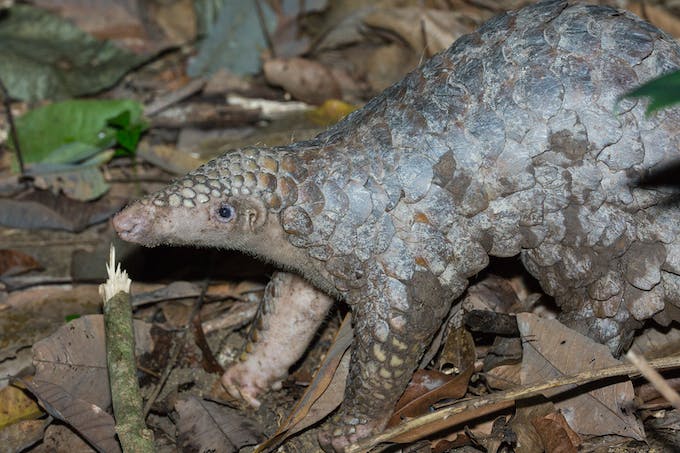 The reserve has been dubbed the “green lung” of central Singapore and contains small patches of the island’s original primary forest cover, 99.5 per cent of which has been lost.

An environmental impact assessment commissioned by the authorities concluded in September that both rail alignment options were feasible, but nature groups questioned if the impacts and risks of the direct route—the pollution of vulnerable forest streams, for instance—were worth it. Singapore’s forests are already fragmented and the strictest protection accorded to nature reserves under the law should not be taken lightly, they argued.

Members of the nature community also felt that some elements of measuring the magnitude of environmental impact had been “arbitrary and subjective”, even as they acknowledged there was no universally accepted methodology.

The assessment, conducted by consulting firm Environmental Resource Management, found that mitigation measures could reduce the environmental impacts of the direct route, which range from “moderate to critical”, to “minor or moderate”. The mitigation measures include minimising the area of a worksite, shepherding animals away from affected areas and diversion of liquid construction waste from the forest streams.

I strongly feel that any development will set a precedent for more development under our nature reserves in the future. And we should not take the risk.

The Cross Island line will sit 25 storeys (about 70 metres) underground, and will cut through granite rock and not soil, said Singapore’s Land Transport Authority. No physical structures will exist on the surface level within the nature reserve.

The authority said it reached its decision after considering factors including the impact assessment and concerns of nature and heritage groups, residents and grassroots leaders.

The Cross Island line is due to be completed around 2030 and its daily ridership is expected to exceed 600,000 in the initial years of operation.

‘Infringement of sanctity of nature reserve’

The news of the alignment was “awful”, said wildlife activist Vilma D’Rozario, an active member of the nature group that the authorities have engaged over the last six years.

The long-term effects of tunneling under a rainforest are not known, and the direct alignment will affect critical forest connectivity for tree-dwelling animals like the Raffles’ banded langur, she added.

“I am disappointed of course that we need any construction work near the nature reserve. Our focus has been a precautionary principle, to avoid any interference with this last bastion of Singapore’s natural heritage, which already faces many other challenges,” said Sivasothi, who spoke at Singapore’s inaugural climate rally in September.

Sustainability specialist Madhumita Ardhanari, who was not involved in discussions with officials, said: “After six years of deliberations and painstaking civil society activism, we are going to further encroach on our remaining green spaces. These are the lungs of our country and there is a chance that we might become an asthmatic nation.”

She also questioned how the ongoing ecosystem impacts would be tracked.

Sivasothi said engagement with the authorities has resulted in considerable reduction of the project’s impact, and volunteers will continue working with the agency on remaining aspects, such as the threat of wildlife ending up as roadkill.

“I hope that this type of direct partnership will become the norm, in which we seek common objectives beyond the mitigation of impact alone, to contribute towards recovery and rehabilitation of Singapore’s ecosystems,” said Sivasothi.

The alignment decision marks a low point for nature conservation in Singapore amid growing awareness of the climate crisis and other more hopeful developments this year.

Besides the country’s first climate rally organised by youth activists that saw nearly 2,000 people turn up, biodiversity surveys were announced and the government said in May that potentially new species of animals had been discovered at another nature reserve. It also said S$10 million would be set aside for research on sea levels, and Prime Minister Lee Hsien Loong outlined plans to adapt to rising seas.

Scientists have said the world needs to protect its forests and other ecosystems, and cut reliance on fossil fuels to reduce carbon emissions and fight global warming.