7 cool sustainability innovations from Asia in 2018

From blockchain chickens to edible packaging and zero-carbon shipping, here are our favourite climate-friendly innovations of 2018.

It’s been a gloomy year for climate-related news, but the flame of human ingenuity still burns bright.

Eco-Business looks at the bright ideas and innovations from Asia that caught our attention this year. 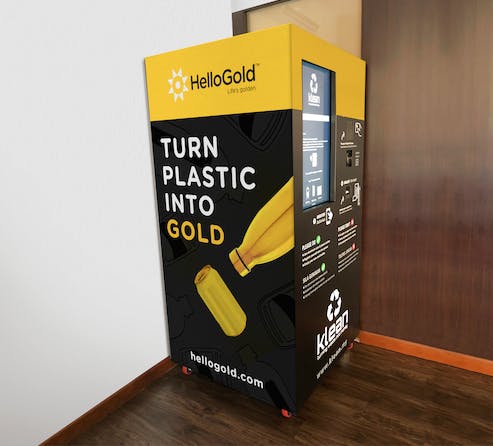 Kuala Lumpur residents can now exchange their recyclables for gold, thanks to new reverse vending machines dotting the capital city.

A tie-up between fintech firm HelloGold and reverse vending machine company Klean, the machines offer 0.00059 grams of investment-grade gold or 10 Malaysian cents for each plastic bottle or aluminium can accepted.

The credits are stored in a digital wallet and can be redeemed in the form of gold bars, coins or cash when users have accumulated sufficient value.

It has been year of cool(ing) technology.

Researchers from the National University of Singapore in January unveiled a sustainable air conditioner that uses water instead of refrigerants. The prototype can cool a space to as low as 18 degrees Celsius and consumes 40 per cent less electricity than regular units, while also producing potable water as a byproduct.

Meanwhile, North Carolina-based company Phononic is shaking up the traditional design of refrigerators for commercial use. It substitutes chemical refrigerants, which are potent greenhouse gases that seep out from home appliances, with a thermoelectric effect that makes use of electrical currents to produce a difference in temperature.

The use of thermoelectric currents to cool has been around for some time, but has been too expensive to use for refrigeration until Phononic.

3. Packaging you can eat 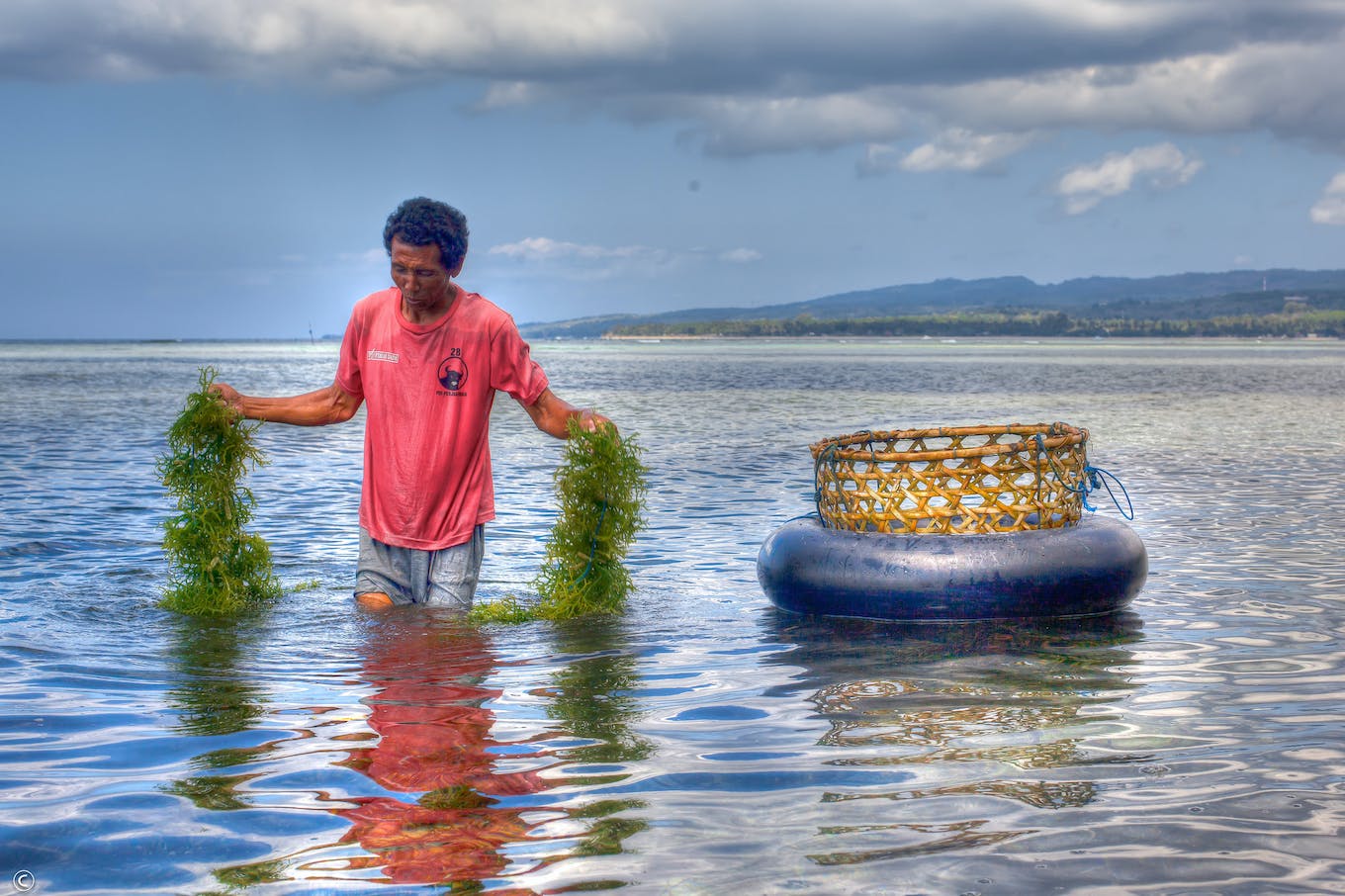 Who needs packaging to be recyclable when you can just eat it?

A 25-year old inventor from Indonesia, David Christian, and the company he founded, Evoware, are challenging the concepts of biodegradable and recyclable packaging by creating foodware and packaging that can be eaten.

Made from seaweed, some of Evoware’s products include edible cups and even dissolvable sachets for coffee, as demonstrated in a video interview with the BBC.

4. From pest to power

Philippine-headquartered start-up HiGi Energy has taken a problem and turned it into a source of clean energy. 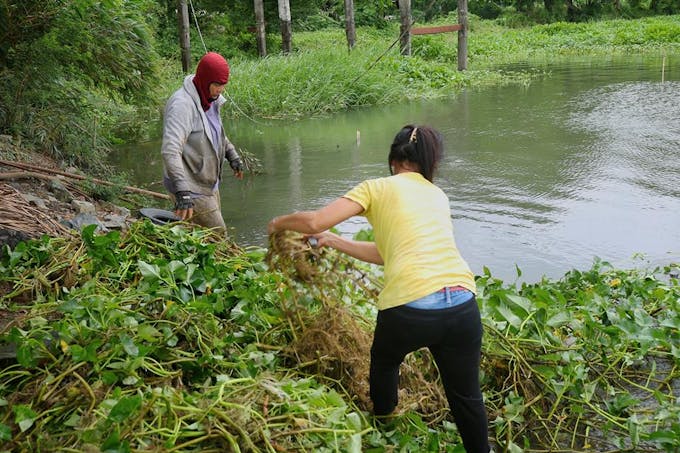 The founders did this by harvesting water hyacinth, a highly invasive water plant that harms local ecosystems, and creating solid energy briquettes for communities that would otherwise use coal for heating.

Japanese shipping company NYK has unveiled the design of a carbon neutral vehicle carrier called the Super Eco Ship 2050, in a nod to the International Maritime Organization’s ruling that the sector must halve total emissions by the middle of this century.

This is the second iteration of the Super Eco Ship that was first announced in 2009. Efficient hull design, fixtures to generate solar energy, and hydrogen fuel cells for energy storage means that the Super Eco Ship 2050 will only consume 70 per cent of the energy required to operate similar vessels today.

But it remains to be seen if this ambitious design will be used as the basis for real ocean-going vessels in the future. 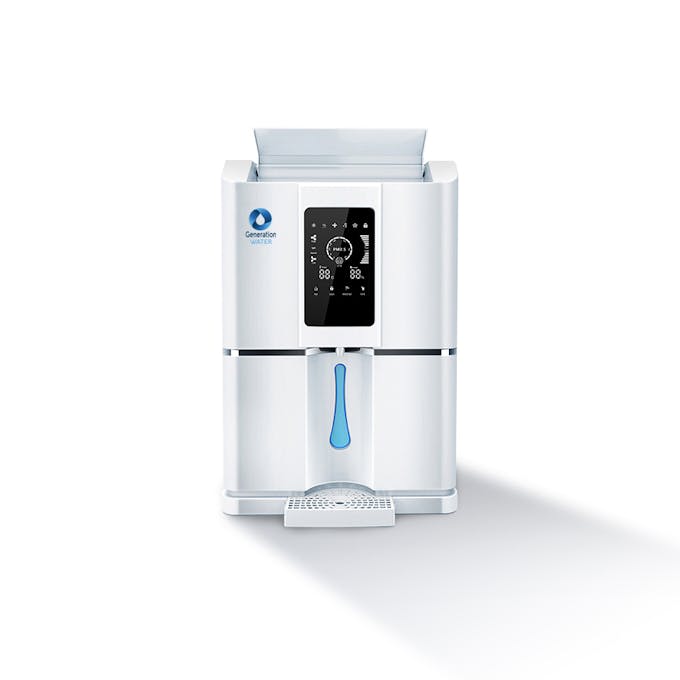 The team behind Phuket-based start-up Generation Water aims to accomplish two things: first, provide water in a sustainable manner to those who need it and, second, do so without using plastic water bottles.

At the heart of this is a portable machine that captures moisture from the air, and then condenses, treats and dispenses it. This could enable populations with no access to a formal connection to water infrastructure to have a steady supply of water.

Its machines come in various sizes, the largest of which can generate up to 90 litres of water a day. The start-up is running pilot tests of its units at the JW Marriott hotel in Phuket.

There isn’t an industry that hasn’t thought about how to leverage the potential (and hype) of blockchain technology, and poultry farming is no exception.

An initiative called GoGo Chicken works with farms in China to combine free-range chicken farming with blockchain technology, ensuring that customers receive birds that are farmed sustainably and treated humanely. Food safety issues have dogged Chinese food producers for years, giving rise to a class of health-conscious consumers who are willing to pay to know that their food is produced safely. 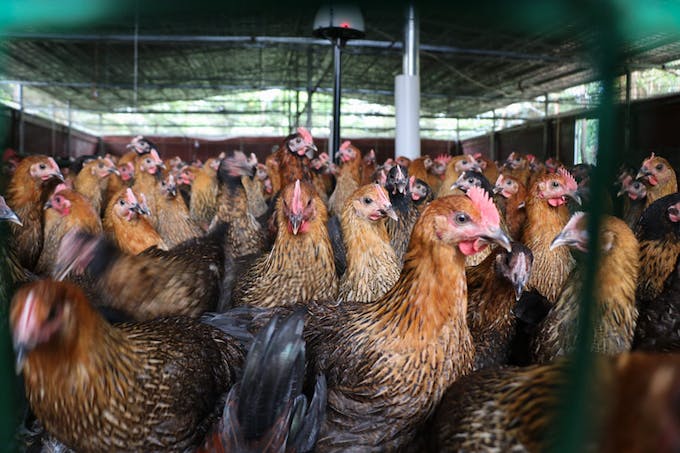 Each chicken wears an ankle bracelet that sends information about it—from its age to the number of steps taken and even time of death—to be stored on the blockchain. Once entered into the blockchain, a digitalised and decentralised record, the information cannot be tampered with, which provides reassurance that each chicken will spend 166 days on the farm. The average lifespan of factory farmed poultry is 40 days.

“The aim is to solve the lack of trust [in chicken farming] by allowing consumers to see the source of their food,” says Wang Wei, chief operating officer of Lianmo Technology, a subsidiary of ZhongAn Technology that worked on GoGo Chicken.

There are currently about 400 farms raising “blockchain chickens, and this figure could grow to 3,000 by 2020, says Wang.

This story is part of our Year in Review series, which looks at the top stories that shaped the world of sustainability over the last 12 months.

Mishandled baby sea turtles, a university's plastic straw ban, and tips on how to save a world-famous beach—these were some of the most popular stories from Eco-Business this year. Why did they make such an impact with our readers?
The top 10 most read stories of 2018