News Sustainable solutions and the SDGs

Much of the technology to reduce emissions from agriculture and farming, and to optimise feed yields, is already available. But adoption of the science is lagging, says Pieter Nuboer, Asia Pacific president of DSM Nutritional Products.

Pieter Nuboer works for a company that has, in the words of its chief executive, placed doing good for society at the core of its business.

Dutch conglomerate DSM is the world’s largest producer of nutritional ingredients and counts the manufacture high-performance components for solar panels among its other activities. Its animal nutrition products, for instance, include enzymes that result in cattle producing less methane, a potent greenhouse gas.

Nuboer joined DSM in 2009 and is currently president of Asia Pacific for DSM Nutritional Products, a leading supplier of vitamins, carotenoids and other chemicals to the feed, food, pharmaceutical and personal care industries.

A business administration graduate from the Netherlands, he held various roles in the specialty chemicals, cold chain marketing and flavours and fragrances industries before joining DSM. Currently based in Singapore, Nuboer has worked in places including Australia, Indonesia and Mexico. 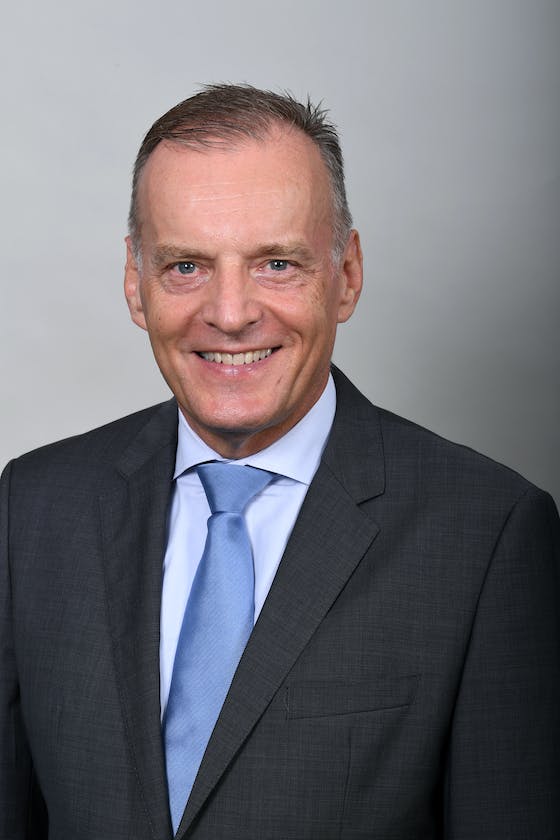 The enormous environmental footprint of food farming is well-known and its impacts on the planet and human health have been laid out in reports such as one last year by advocacy group EAT and the Lancet Commission.

Nuboer believes much of the technology to reduce emissions from agriculture and farming, and to optimise yields from a given amount of feed, is already available. The problem is that the available science is “not fully leveraged”, he said.

In this interview with Eco-Business, Nuboer talks about the role of the food industry in making nutritious food affordable, and DSM’s plans to collaborate with others to improve aquaculture and livestock farming.

Which areas or subsectors in agriculture do you feel are most in need of reform and why?

The overwhelming scientific evidence is making it painfully clear that failure to act will result in a severely degraded planet, where many more out of nearly 10 billion people (that will populate the planet by 2050) will increasingly suffer malnutrition and preventable disease.

Part of the solution is a new agricultural revolution that fully leverages existing, and develops new science and systems. Today, the available science to radically improve crop and animal protein yields is not fully leveraged. Improving yields will obviously reduce stress on the environment. The same applies to the science available to reduce emissions such as methane, phosphorus and nitrogen.

To meet the United Nations’ Sustainable Development Goals, the global food system needs to be carbon neutral within the next 20 years. This requires radical agricultural industry change.

What are some emerging technologies that additives and nutrition companies are developing to reduce the environmental impact of agriculture and farming, which do not cause harm to animals?

Enzyme and micronutrient technology is already well developed, yet adoption rates vary across geographies and industry segments. This is due to different degrees of awareness of these technologies and stages of development of the markets.

For example, feed additives can reduce emissions released by cattle during their digestive process by about a third, while omega-3 algal oil derived from marine algae helps to relieve pressure on wild fish stocks that are used to feed farmed fish like salmon.

Hence, more needs to be done to fully optimise feed yields and reduce emissions. The technology is here, but the available science to radically reduce yield gaps is not fully leveraged. Improving yields will obviously reduce stress on the environment.

The agri-food industry has seen the rise of trends such as plant-based protein, vertical farms and insect protein in recent years. Which trend excites you most?

Alternative sources of protein will be a game changer, especially because protein consumption in Asia remains high and is continuing to grow.

Asia accounted for more than half of the growth in global protein consumption over the last 15 years and is projected to represent half of total consumption by 2025.  Solutions that catch on in Asia will have critical mass to catalyse the needed revolution of the global protein industry towards healthier diets that are within planetary boundaries.

DSM’s Biotechnology Center in Delft, the Netherlands, has explored new pathways to turn an inedible agricultural byproduct of rapeseed oil extraction into valuable plant protein for a wide range of uses in food. Besides its use for cooking oil, rapeseed is also rich in protein. In fact, if all the rapeseed protein existing today was used for human consumption, it could provide enough protein for 500 million people—almost twice the population of Indonesia!

Besides technologies that improve feed-conversion ratios, there have been advances in biofortified crops and ingredients to improve nutrition and sustainability of both feed and food.

Are the more nutritious products affordable?

The question, really, is if affordable empty calories are in the end more affordable than healthier diets. Discretionary spending power and education clearly play a critical role in consumer awareness and choice.

The food industry has the responsibility to make nutritious food more affordable, available and aspirational. Effective micronutrient fortification is really inexpensive in this context.

For instance, every US$1 invested in fortification generates US$27 in economic return from averted disease, improved earnings, and increased work productivity. These costs and economic returns are similar to other critical and commonly accepted public health interventions.

Recent governments actions to set up standards and enforce quality and affordability of fortification, such as in India, are most encouraging. [Rice, wheat, edible oil and milk are among the staple foods under India’s food fortification scheme.]

If you were an investor, what agri-food technologies would you place your bets on, and why?

Obesity is a global pandemic and Asia is not spared. The demand to tackle this issue is coming from both consumers and governments, which have started to implement taxes on high-sugar products.

I would place my bets on innovative solutions that offer consumers healthier, low-calorie versions of popular food and drinks. There is growing demand for products such as non-artificial sweeteners made from natural sources.

How should consumers try to eat and consume more responsibly?

Today, we waste more than 30 per cent of all the food we produce—some 1.3 billion tonnes with an annual value of around US$1 trillion. This also accounts for close to 10 per cent of global greenhouse gas emissions, as well as significant ecosystem degradation and biodiversity loss. Radically addressing waste is a mission-critical piece of the puzzle.

Consumers can demand more transparency from businesses, and hold both governments and businesses to account to invest in innovative solutions, implement stronger policies and, in turn, transform the way we produce and consume food for the better.

What is your biggest sustainability wish for the agri-food industry?

A profound change in the global food and agriculture system for the equitable and sustainable nourishment of 10 billion people by 2050. I would like to see the elimination of malnourishment and waste.

DSM is in active discussions to become a strategic partner of Cultiv@te—an innovation initiative of the United Nations Development Programme supported by the Singapore government. Our intent is to be part of the aquaculture and livestock farming thematic partnerships to help transform their supply chains.

With nearly one in 10 people suffering from hunger, improving animal farming to reduce food loss is key to achieving the UN Sustainable Development Goal of zero hunger by 2030.
Closing the hunger gap through better animal farming

With nearly 400 million people in Asia suffering from undernourishment, fortifying staple foods such as rice with micronutrients can be a powerful and sustainable way to improve public health.
Food fortification ‘a powerful tool’ to improve health and power economies

Alongside a movement towards plant-based diets, reducing the environmental impact of animal farming is critical to the UN Sustainable Development Goals.
Forging a more sustainable path for animal farming

Heeding the call for a green recovery

It announced a big commitment to source clean energy at the height of the pandemic. How else is global nutrition, health and sustainable living company DSM ensuring this moment for change is not lost?
Heeding the call for a green recovery