The Global Reporting Initiative has revised its standards and for the first time now asks companies to measure and disclose human rights issues in a bid to clean-up supply chains and ensure decent working conditions.

The ‘S’ in environmental, social and governance (ESG) reporting suffers middle-child syndrome. Unlike its siblings ‘E’ and ‘G’, social aspects are more difficult to define and analyse, and therefore have not been embedded as securely in sustainability reporting.

There is still a lack of a consensus on what qualifies for the social bracket. Combined with the qualitative nature of its metrics, reporting on social issues is scant compared to other more tangible sustainability measurements such as carbon emissions or energy usage.

Despite the growing focus on the S in ESG, social issues have stubbornly beleaguered some of Asia’s biggest sectors – including agriculture and manufacturing. Both are littered with human rights abuses and opaque working practices.

Covid-19, however, has drawn the spotlight onto companies and their ESG credentials. Non-profit Business and Human Rights Resource Centre exposed cases of unpaid wages and benefits linked to the Covid-19 pandemic affecting 9,800 garment factory workers in Cambodia, Myanmar, the Philippines, Bangladesh and Ethiopia.

In Malaysia, palm oil grower Sime Darby Plantation was hit with an export ban by the United States Customs Border and Protection last year after forced labour was allegedly found in its supply chain.

In Asean, the pandemic has pulled economies into recession pushing 4.7 million more people into deeper poverty in the region in 2021 as 9.3 million jobs disappeared. The Omicron wave could cut Southeast Asian countries’ economic growth by as much as 0.8 per cent this year, according to the Asian Development Bank (ADB). The pandemic has exposed social gulfs, forcing governments and corporates to reckon with ESG’s middle child.

The practice of reporting on the impacts of business activity to human rights should be commonplace and should be on equal footing with financial reporting.

With a healthy population—plus various mechanisms to reinvigorate economies—ADB says that the social damage done can be reversed and that investing in healthcare delivery is at the crux of long-term pandemic recovery. “Growth in the region in 2022 could increase to 1.5 percentage points higher if money—about 5 per cent of gross domestic product (GDP)—is invested in healthcare systems,” according to ADB’s senior economist, James Villfuerte.

Rethinking the ‘S’ in ESG

Responding to the challenge of measuring and reporting corporate performance on social impacts, standards body Global Reporting Initiative (GRI) included human rights due diligence in its Revised Universal Standards 2021 published in October and which represent the most significant update since the body first set its standards in 2016.

GRI chief of standards, Bastian Buck explained that respecting human rights in the conduct of business was first articulated in 2010 under the United Nations’ Guiding Principles for Business and Human Rights, and later adopted by the Organisation for Economic Cooperation and Development (OECD), although the application has been broad-based.

Nevertheless, multinationals and local firms are still wrestling with how to eradicate human rights abuses that riddle their sprawling and complex supply chains. Social issues are also very poorly integrated into the sustainability policies of Asian banks, according to a recent report by Fair Finance Asia.

Social issues have become rampant in agriculture, the economic backbone for many Asian countries. Modern slavery, forced and child labour, gender inequality, informal and precarious work remain prevalent in agribusiness in the region. A worker’s ability to bring these issues to light are thwarted by the limited right to organise which is becoming increasingly difficult in parts of Asia. 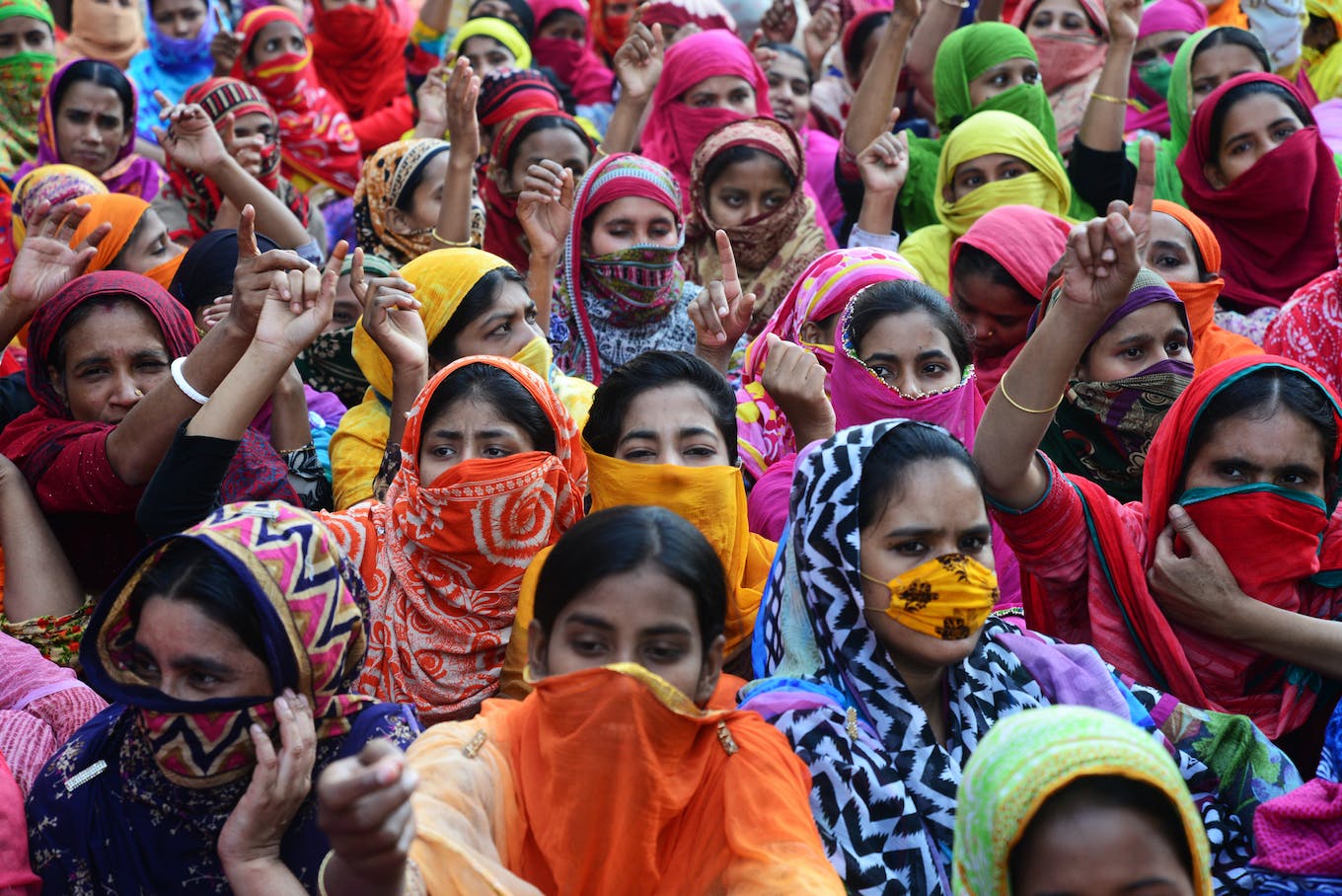 Hundreds of Bangladeshi garment workers protested in Dhaka in 2019, demanding that the government implement the new wage structure it had declared for the sector. The right to organise is strongly discouraged in Asia, leaving workers with little bargaining power to improve their conditions. Under GRI’s revised standards, companies will be asked to disclose if workers have the right to organise. Image: depositphotos

Under the revised Universal Standards; GRI 2 on Disclosures asks companies if they allow workers throughout their entire value chain to organise and be part of collective bargaining agreements.

Buck admits that disclosure about these issues could be pushing companies outside their comfort zones.

“Of course, for very many companies, multinationals, and national companies, it is somewhat of a stretch to be in the public domain and to be discussing human rights-related issues. GRI is certainly raising the bar, but not doing this in a way that is going beyond what is actually part of the intergovernmental instruments,” Buck told Eco-Business.

He said GRI is responding to increasing stakeholder expectations for corporate disclosure on human rights performance and has provided a reporting framework for companies to use.

A 2020 KPMG survey found that 73 per cent of the world’s largest 250 companies, and 67 per cent of 5,200 companies comprising the largest 100 firms in 52 countries, use the GRI standards. The hope is that with better surveillance of human rights, there should be improvement in this area.

“The litmus test of whether GRI succeeds is if this leads to more comparable and consistent information being available in the public domain,” Buck said. “We hope that by building the human rights requirements into the core of the GRI Standards, that we see more of this information being disclosed when the Revised Universal Standards become effective next year.”

Ratings company Sustainalytics said that company action on tackling social issues is one of the key ESG trends this year, keeping pace with climate change and biodiversity conservation.

“With continued biodiversity loss, the risk for future pandemics increases, and our societal inequities highlighted by the pandemic cannot be eliminated or reduced without considerable intervention. One of the ways to get this process started is by engaging with companies and voting,” Sustainalytics’s Ruthan Bartello said in January.

For GRI, transparency in the conduct of business needs to happen regardless of economic motives. Nevertheless, companies face reputational and investment risks if they are unwilling to disclose this element in their sustainability reporting.

“You have to think about the economic motive from the access to capital and also future-proofing access to capital perspective. But you could of course also say that we are hopefully entering a day and age where you cannot, in the medium to long term, scale a business model that exploits people, that infringes on their rights,” he said.

For Asia’s emerging economies, reporting on human rights is likely to become integral as investors and consumers double-down on companies to clean-up their supply chains, ridding them of ESG breaches.

The world’s biggest investors are increasingly scrutinising how the firms they fund perform in this aspect. The Norwegian Pension Fund, the second-largest pension fund globally, has publicly announced that it expects companies to comply with the UN Guiding Principles.

“And to do that, you have to use the GRI Standards. There is no other framework that is doing that job for you,” Buck said. “Countries and companies on a national level can differentiate themselves by offering an environment in which international norms they adhere to.”

The GRI Revised Universal Standards 2021 will be implemented from January next year.

Companies and interested stakeholders can tune in to webinar sessions that discuss major updates to the GRI Standards, such as one being hosted virtually on 21 March. To learn more, visit: https://www.globalreporting.org/