Tours of deprived parts of Asia's cities are increasingly popular with tourists. But do they help or exploit? Eco-Business reviews slum tours in Mumbai, Jakarta and Manila.

Olympia Policarpio has lived in the large reclaimed shipyard of the Bataan Shipping and Engineering Company (Baseco) in Manila, now informally known as the Baseco Compound, for over 50 years.

Home to thousands of people like Policarpio who live in illegally occupied shanties, the compound has become one of Manila’s largest slum areas and a symbol of urban misery.

Now 70 years old, Policarpio moved to the city centre when she was in her late teens to find work. Like many migrants from the provinces seeking a better life, she could not afford housing, so she became part of the 38 per cent of the country’s urban population who live in slums or squatters, as they are commonly called in the sprawling capital.

It was people like Policarpio that Dutch missionary Juliette Kwee said she wanted to help eight years ago when she started Smokey Tours, a non-government organisation (NGO) that takes visitors through the most marginalised districts of the city.

Smokey Tours is a subset of the tourism industry that takes more than one million people through deprived areas every year, according to a global study of slum tourism by Tourism Review International. 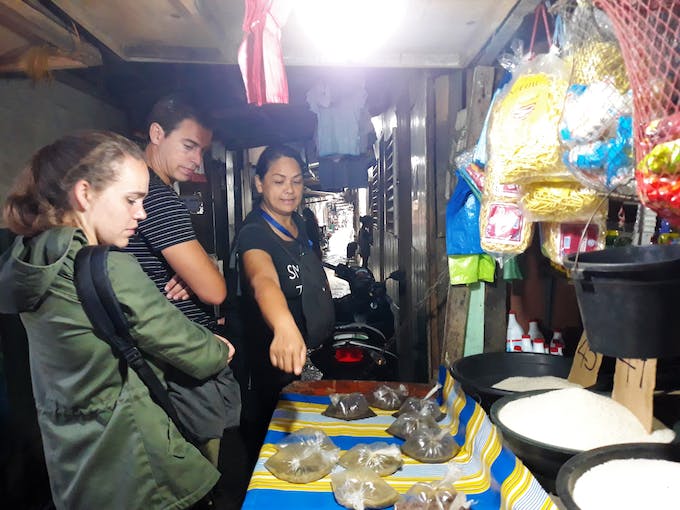 Kwee says she wanted to show tourists how squatters lived in Smokey Mountain—the term coined for the infamous landfill once located in Tondo, Manila—in the hope of opening their eyes and pockets to improve the lives of thousands of scavengers who make a living from sifting through garbage.

But when Smokey Mountain closed down in 1995, she moved the slum tour to Baseco Compound.

Kwee started recruiting and coaching tour guides from the compound and neighbouring areas when Smokey Tours officially started as an NGO in 2014.

She says the slum dwellers get opportunities through these tours, as they are trained to speak English to become tour leaders in their respective communities.

A strict no photo or video policy is enforced on the tours, and tour groups are kept small, with a maximum of six people, so they are as unobtrusive as possible. Eco-Business was allowed to take photos on the condition that faces of residents were not shown.

The slum tour costs US$20 for each participant, and 100 per cent of the profit is given back to the community, Kwee tells Eco-Business. Operational expenses are taken from income made from other tours around Manila, such as a market tour and the cemetery tour that the organisation also offers, she explains.

But some say this is not the full story. 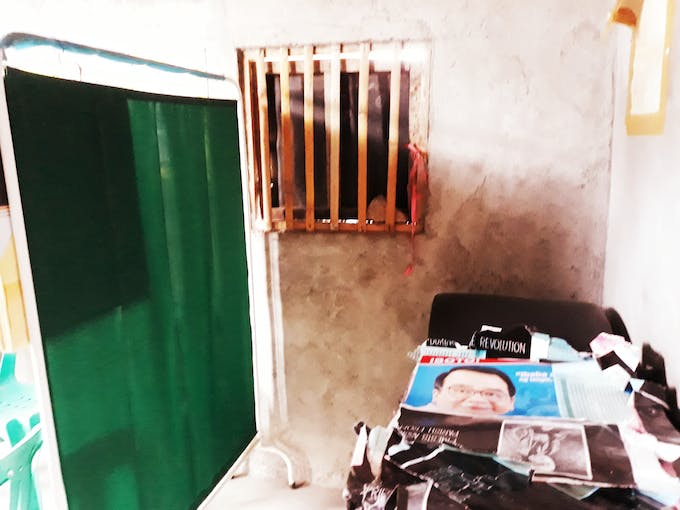 Election posters of a local candidate are scattered on a clinic bed in what was once the health centre in Baseco Compound. Image: Eco-Business

Luz Jurada, a community leader at Baseco compound, tells Eco-Business that the NGO approached her in 2017 to ask if her house could serve as the health centre for the community.

Built with cement and a metal roof, Jurada’s 20-square metre dwelling was already one of the better-off houses in the area, capable of being used for emergency care.

“The health centre was useful at first. One time a man who was stabbed several times by one of his drinking buddies in one of the stilt houses came to the clinic and we were able to provide him with first aid,” Jurada says.

For six months in 2017, she received medicine, and rent was paid for four months that year, but she has received nothing since then.

Now, election paraphernalia fills what was once the clinic, as Jurada and other health centre workers have turned into election workers for a local candidate in order to earn their keep. 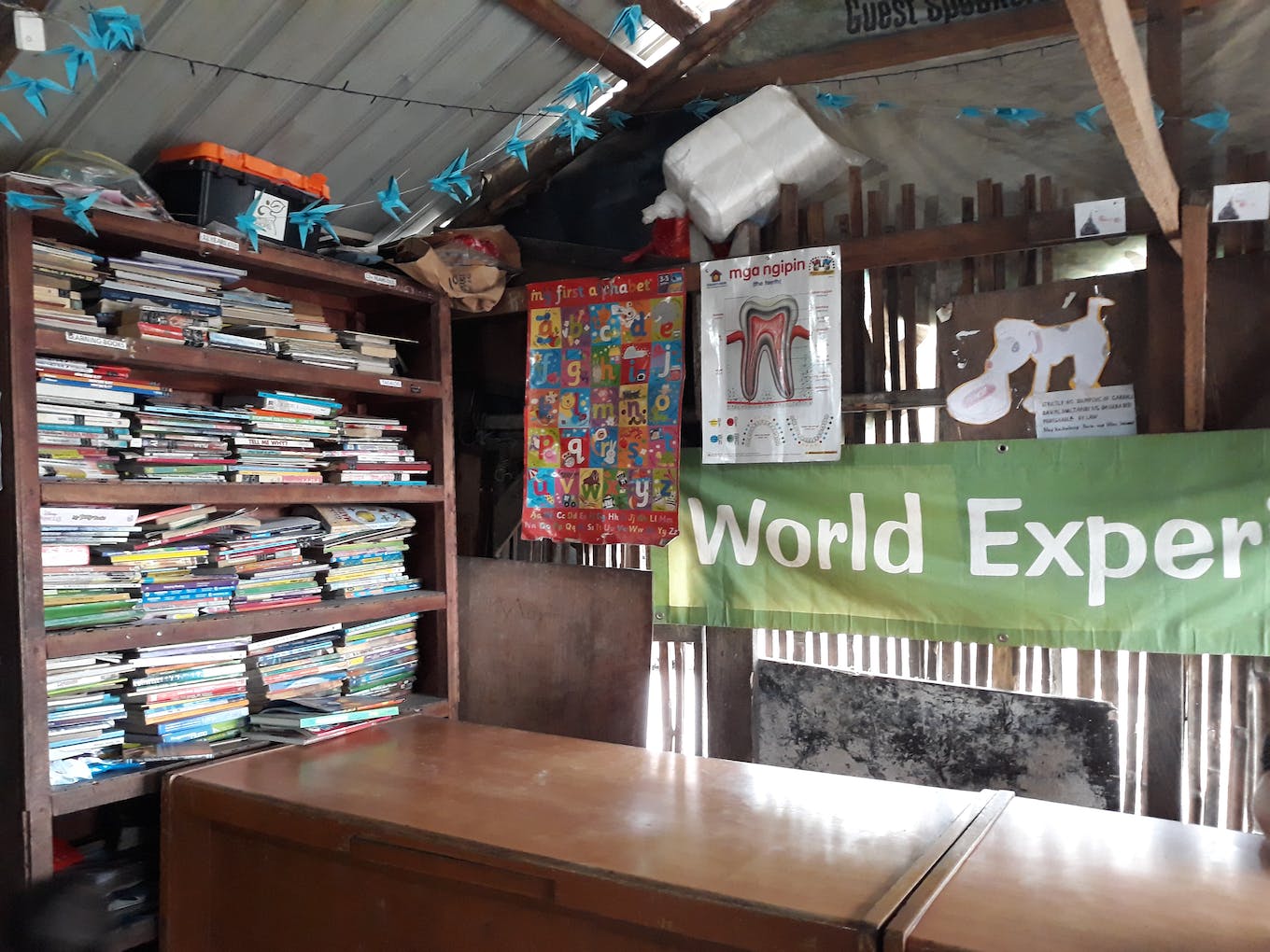 Another Smokey Tours project is a community library built as a venue for English classes for the children in the area.

Smokey Tours gave P14,000 (or US$267) to the owner of the house to pay for a sturdier roof for the makeshift library while former guests from previous tours donated books, furniture, and school materials.

However, the library was noticeably empty when Eco-Business visited. Most of the children were crowding around nearby piso net booths, which are internet cafes stations where kids pay P1 (or US$ 0.02) to play their favourite video games.

Kwee says that as of last year, Smokey Tours is not profitable. It has only been able to help the community through donations.

“The impact we make, such as raising awareness of urban poverty among our guests, is not always measured in money. Through our tours, we educate others,” Kwee says. “It is about bringing worlds together and believing and trusting that everyone will do their part.” 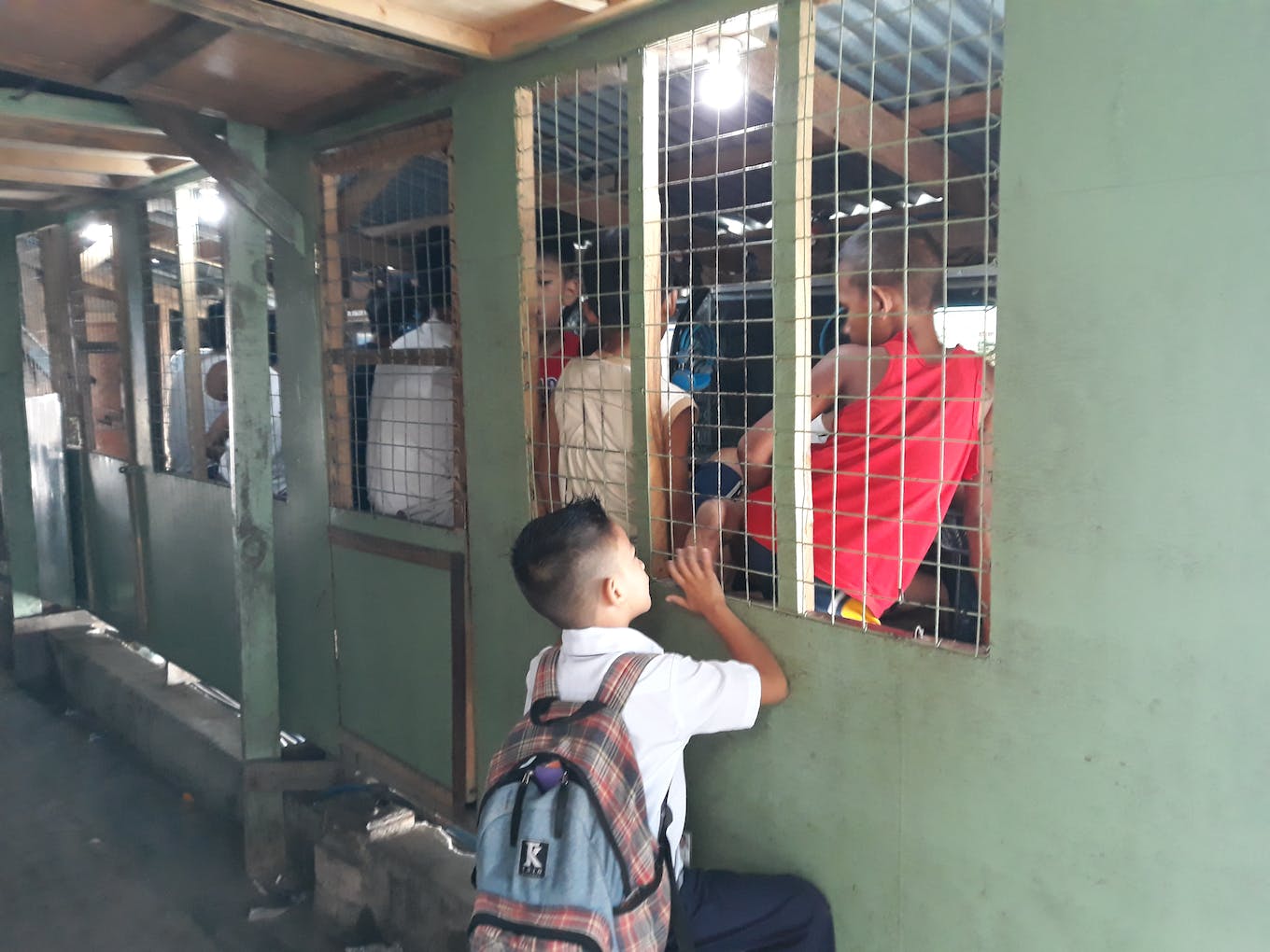 Instead of the library, children go to piso net stations where they pay P1 (US$ 0.02) to play video games. Image: Eco-Business

While Smokey Tours was building a name for itself in Manila, Reality Tours & Travel had long been offering tours in Dharavi, Asia’s largest urban poor area nestled on prime property in India’s financial capital, Mumbai.

The Dharavi tours had a following even before the hit film Slumdog Millionaire catapulted the shanty town to global fame.

Smokey Tours received advice from Chris Way, the founder of the Dharavi tour group, about how to conduct the tours and set up projects in the community. Every year, Way visits the Smokey Tours office to help conduct its financial audit, Kwee says.

It is no wonder both organisations follow similar rules, such as no photos of residents, even if they oblige.

The 14 year-old travel agency charges US$13 per person for the tour and gives back 80 per cent of its profit by funding an NGO called Reality Gives, using a profit sharing model.

“80 per cent of our post-tax profits go directly to Reality Gives, which runs high quality education programmes where we work in Dharavi and Sanjay Colony. We strongly believe in transparency and accountability and welcome others to ‘audit’ us. That’s why we publish all of our accounts online,” Amy Kim, Reality Tours and Travel marketing director, tells Eco-Business. 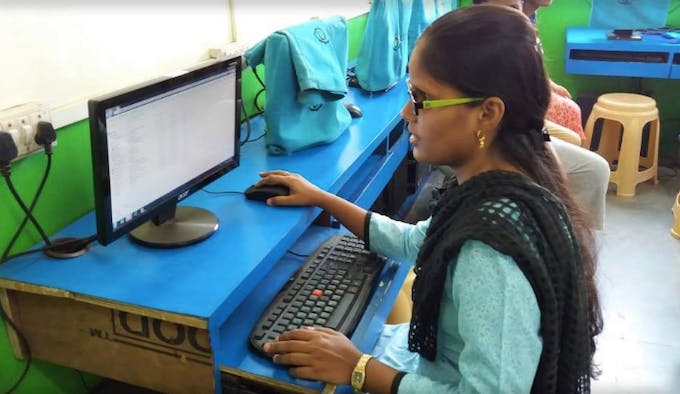 “Our accounts are also audited annually by a registered auditor before being published on our website.”

Ravikumar Shahu, a former resident of the Dharavi slums, says it was because of the education training programmes funded by the tours that he was able to get qualified for a job as a community centre manager at the NGO.

“Here, I learned to speak English and basic computer skills, which helped me get a job to support my family,” Shahu tells Eco-Business.

The tours have made Dharavi a top tourist draw, contributing to the economy and giving locals a chance to share their culture as well, he says.

Jakarta’s Hidden Tours is the Indonesian capital’s version of slum tourism. Founded by artist Ronny Poluan in 2009, visitors are charged US$50 for the tour, with half of the profits given back to the poor communities, known as daerah kumuh. It funds residents’ practical needs such as doctor visits, educational materials for children, and micro-loans, Poluan tells Eco-Business.

The other half pays for the tour’s operational expenses, which according to Poluan include the salaries of slum residents he trains to be tour guides, transportation, and food given to guests. 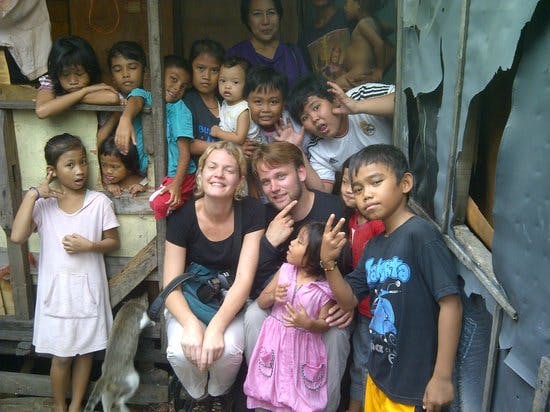 “Our tours help the community by using local transport like buses, three-wheel motorbikes, and pedicabs that support the local drivers,” Poluan says. “Beyond this, the tours foster humans relationships among the tourists and urban poor people.”

But for Melissa Chong, a sustainability consultant and human rights expert, how the tours are run is “disturbing.”

Chong went on the tour two years ago and received only “vague answers” when she asked how the money from the tours benefitted the community.

Unlike Reality and Smokey Tours, there are also no restrictions to protect residents, with photos allowed, and children from the community sing and dance for the tourists at the end of the tour, which Chong found to be “exploitative.”

“Are they [children] being paid to do this instead of going to school? They were also made to interact with tourists with no proper safeguards. What if a paedophile booked a tour?,”  Chong says.

The tours were not a show of backwardness but of tenacity, resilience and entrepreneurship to get out of poverty through self-reliance.

Some say slum tours raise awareness about the reality of poverty and contribute to the community, but others argue that even if the tours bring financial benefit, they could be dehumanising for the residents.

Thomas Thomas, chief executive officer of Asean CSR Network, a non-profit business network that promotes responsible business in the region, joined a slum tour in Dharavi two years ago. He said he did not see such tours as exploitative.

“In my experience, the tours were not a show of backwardness but of tenacity, resilience and entrepreneurship to get out of poverty through self-reliance,” Thomas tells Eco-Business.

Thomas adds that the most important aspect of such tours is improving the lives of the people in the poor communities and providing long term solutions.

“There are no disadvantages if these tours do not commoditise the people in the slums,” Thomas says. “Slums tours should not just be for people to see poverty, but to see how poor people are coping and improving their lives.”

However, Madeleine Monteiro, a 20 year-old student from the Netherlands, says she felt odd gawking at the residents when she joined the Smokey Tours.

“Yes, it is a bit exploitative, but I just want to get to know Manila better. I didn’t just want to go to the beach. To get to know a place, you have to see the other side,” Monteiro says. “I went on a similar tour of a poor community in Taiwan, but it’s not at the same scale as Manila’s. Because of the tour, I feel like I understand Filipinos more.”

No matter how much debate this brand of tourism sparks, visitors are urged to come on the tours to decide for themselves.

Smokey Tours’ Kwee says: “We are open to criticism, but first experience it for yourself. Please do not criticise from behind your laptop.”