These 3 social enterprises are championing sustainable agriculture in Southeast Asia

An increased focus on sustainability and social innovation is transforming the food and beverage industry in Southeast Asia.

From zero-waste cashews to high-yield rice, these social ventures in Southeast Asia have made it their mission to create more social and environmental awareness around the food and drinks people consume.

Behind rugged mountains and dense rainforests, the rural villages of East Bali are home to impoverished cashew-farming communities who rely predominantly on agriculture to make ends meet.

Eighty per cent of the island’s raw cashews were traditionally sold off at an extremely low price for processing in Vietnam and India, and most farmers were left to survive with an average income of less than $2.50 a day.

To tackle rampant poverty in the region, in 2012, East Bali Cashews created Indonesia’s first vertically integrated cashew processing business for the local production and sale of raw nuts and other value-added products such as flavoured cashew or granola.

The social enterprise works closely with the farmers to help them adopt sustainable farming techniques, including the set-up of Village Drying Centres to minimise product loss, and the rejuvenation of cashew trees through a seedling nursery and distribution programme. Farmers are also encouraged to diversify their income sources through the introduction of new crops such as rosella, and new activities such as bee-keeping. 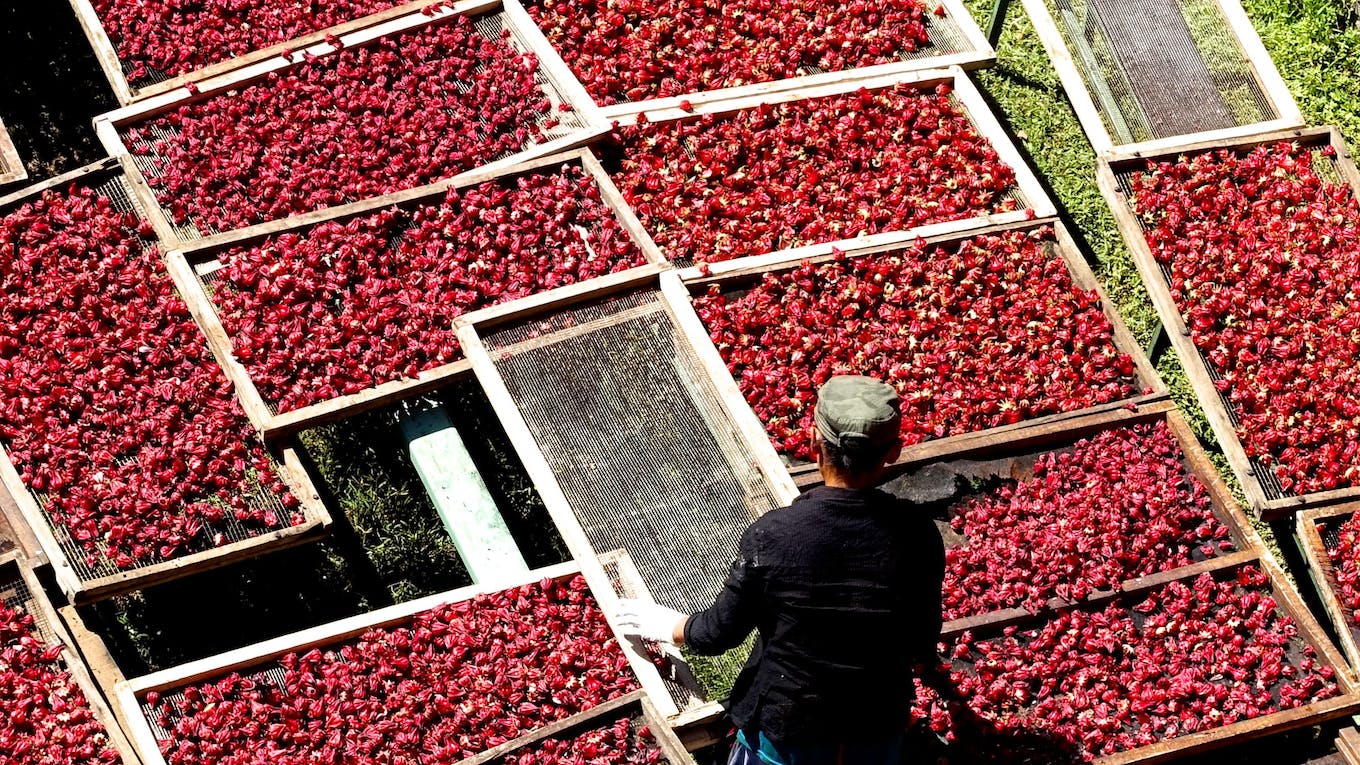 East Bali Cashews runs on principles of the circular economy with its eco-friendly production processes and its carbon-neutral technology.

Leftover empty shells, along with wood chips from old cashew trees, are recycled to power the steaming and drying process, while the residual biochar is used as a carbon-rich fertiliser.  Excess shells are also sold to small businesses as a source of organic fuel, and an on-site water filtration system serves to repurpose wastewater for gardening.

East Bali Cashews produces and sells 900 million tons of raw cashew nuts, and records an average 80 per cent growth in revenue year on year. Since 2012, the social enterprise has employed over 450 farmers in direct production or support services, 85 per cent of whom were previously unemployed local women.

Lifting rice farmers out of poverty, one grain at a time 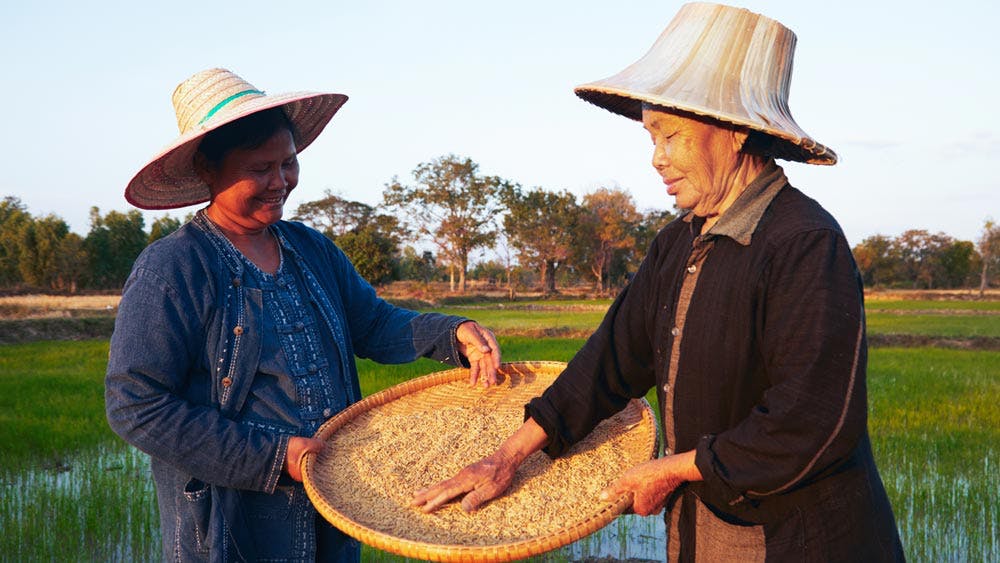 Siam Organic produces organic and healthy food products with a mission to improve the livelihoods of rice farmers in Thailand. Farmers in the north-eastern region of the country are among the poorest because of their use of low-quality seeds and inefficient agricultural methods, exacerbated by climate change and rising production costs.

At the start of the season, Siam Organic provides their farmers with high-quality Jasberry rice seeds and trains them in organic farming practices. Harvesting is done entirely by hand to produce the best quality rice and eliminate any negative environmental impact. Siam Organic also offers farmers microfinance loans in partnership with online lending platform KIVA.

The social enterprise requires 25 per cent of the yield to stay in the farmer’s household to encourage healthy eating habits in their community, and guarantees payment for the remaining produce at twice the price of what the farmers would receive for conventional jasmine rice.

“We believe that the next generation of entrepreneurs will use business as a force for good, and tackle the world’s most pressing social and environmental issues. We want to be at the forefront of such a movement”, says Peetachai “Neil” Dejkraisak, CEO and co-founder of Siam Organic.

Since the start of its operations in 2011, Siam Organic has gone from working with 25 to over 1,800 farmers. According to an independent social impact assessment in 2015, the farmers supported by the social venture earned 14 times more compared to conventional rice farmers in Thailand.

Siam Organic is also the first food company in Thailand to have become a B Corp, a certification recognising businesses that meet rigorous standards of social and environmental performance, accountability, and transparency. 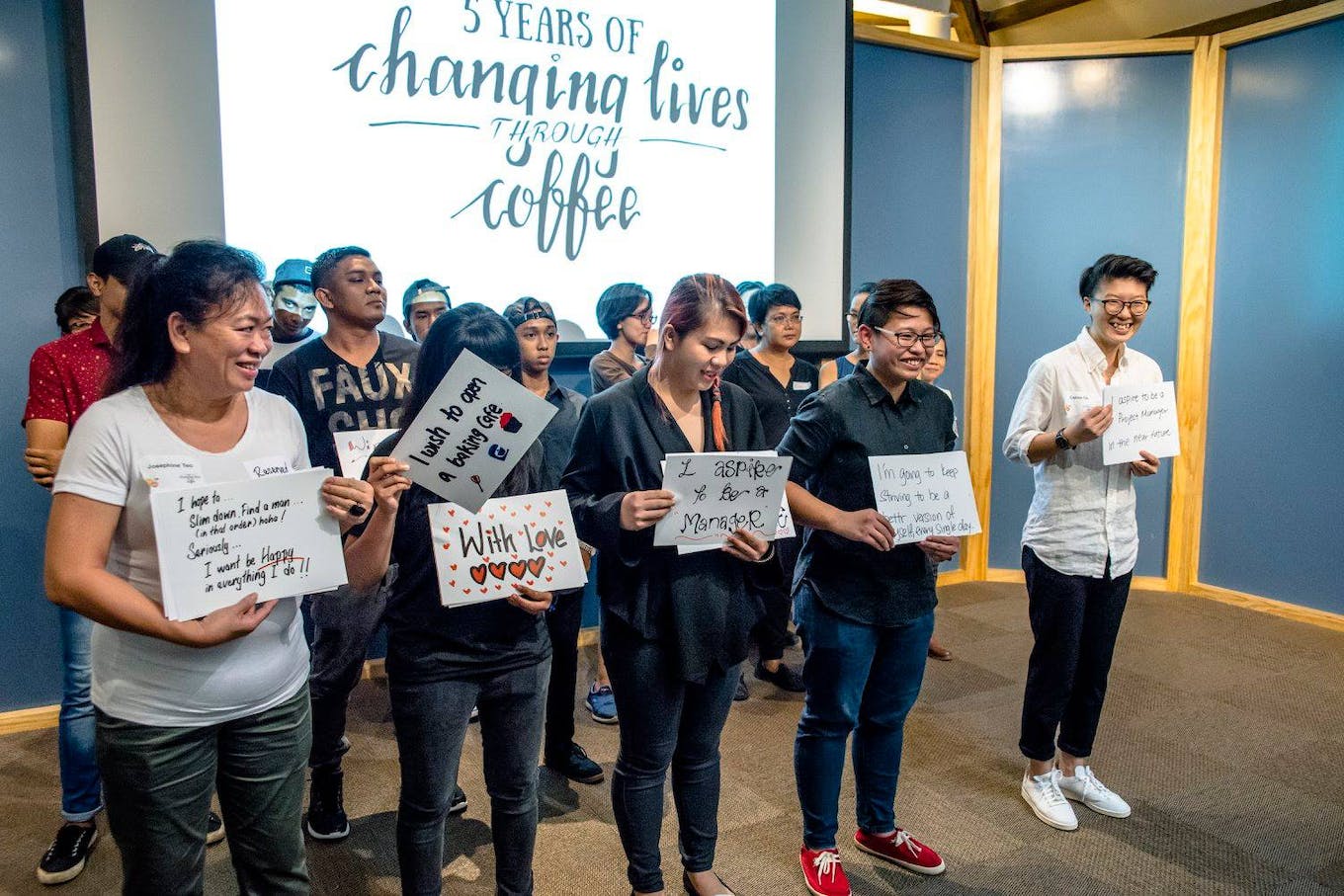 The Bettr Barista Coffee Academy provides specialty coffee education and vocational training, and reinvests the profits earned to train marginalised women and at-risk youth as baristas. The six-month-long programme combines professional barista education and on-the-job learning, with life skills and physical training, such as self-defence and yoga, empowering disenfranchised communities with the skills and resilience to pursue a more fulfilling life.

The social enterprise works all year round with welfare organisations to identify suitable candidates for the program, including victims of domestic violence and ex-offenders—participants are only able to apply through referral to ensure that the course targets those most in need.

Bettr Barista also runs pop-up brew bars at corporate events, and in July 2016, the certified B Corp launched its first retail coffee carts. Community coffee bars and coffee carts are staffed in part by Bettr Barista graduates, which allows them to tap into their entrepreneurial ambitions. A portion of the revenue goes towards supporting the higher education of at-risk youth.

“We rarely talk about our underbelly”, says Pamela Chng, founder of Bettr Barista, “even though every business has the responsibility to act socially, and everybody has the potential to become a better version of themselves.”

While almost half of the trainees did not have a steady source of income prior to partaking in the Holistic Training Programme, 93 per cent went into permanent employment following graduation. Bettr Barista’s 44 alumni, who on average support four dependents each, now earn a cumulative total of S$1.1 million in salaries.

Chng and her team are targeting energy self-sufficiency next, aiming to be powered entirely by solar energy come 2020. They are also working towards integrating other vulnerable groups into their training programme, such as the elderly and the disabled, and have plans to expand regionally as early as 2019.