Geothermal energy and restoring forests: how EDC is enticing big corporations to go net zero in the Philippines

Energy Development Corp, the largest geothermal energy producer in the Philippines, has spearheaded a new alliance with corporate giants to achieve carbon neutrality and help the country meet climate targets.

A Filipino renewable energy provider is driving the private sector to achieve net zero by forging a pact that encourages companies to reduce their carbon footprints.

The Energy Development Corporation (EDC), the Philippines’ largest geothermal energy firm and one of the world’s largest, has launched the Net Zero Carbon Alliance (NZCA) where it provides guidance to help companies become carbon neutral. EDC also claims to be the world’s largest vertically integrated geothermal firm, meaning that it has control over every step of the supply chain, from geothermal steamfield exploration to drilling, to designing, building, and operating power plants, and supplying power to the grid.

The formation of the alliance is in line with the country’s target submitted to the United Nations, to reduce harmful greenhouse gases by 75 per cent by 2030.

EDC takes off from its experience as the Philippines largest renewable energy producer that also absorbs carbon through the forests that it has been nurturing in its geothermal areas for over 40 years.

Geothermal, which generates power using natural heat and steam from beneath the earth’s surface, is the only type of clean and renewable energy that can provide uninterrupted power. 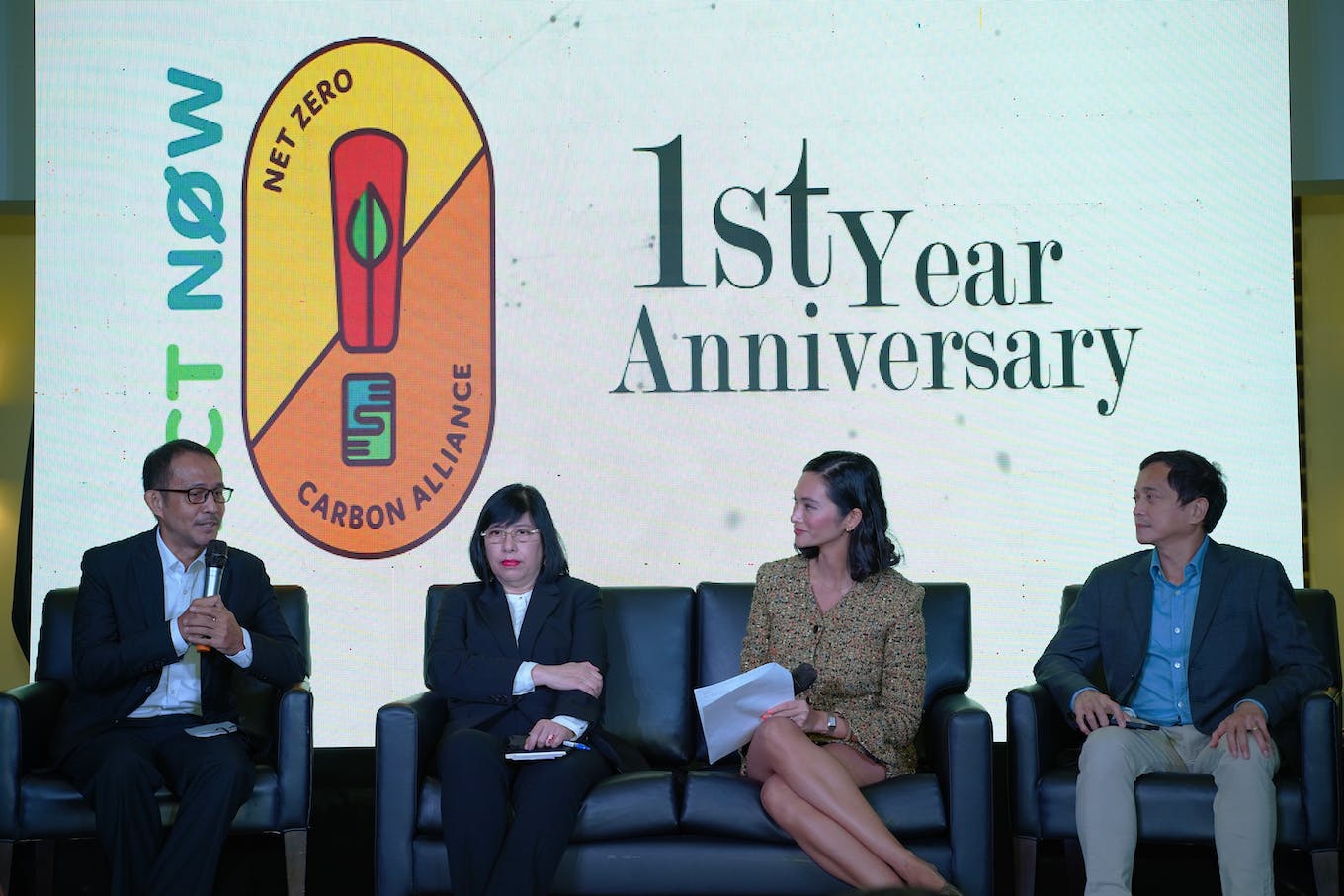 Among the members of the alliance, multinational Unilever, Arthaland Corporation, Menarco Development Corporation, Converge ICT Solutions, Silliman University, Knowles Electronics, The Linden Suites are already using it as electricity for their offices and facilities.

“We’re helping them by supplying renewable energy because that’s the biggest source of carbon reduction and avoidance. At the same time, we also provide guidance as they draft their own net zero roadmaps for their businesses,” said Allan Barcena, executive director of NZCA and EDC’s assistant vice president and head of corporate relations and communications.

To help its members calculate emissions, EDC has developed an in-house carbon footprint calculator found on its website.

Over a 12-month period, the calculator determines emissions from business activities from energy, gas, water, business and employee travel, and fuel consumption as well as waste disposal and recycling.

Such technologies have enticed Unilever Philippines to join the alliance, especially since the firm launched last year its climate transition action plan, aimed at reducing emissions to zero within its  operations by 2030 and to net zero across its value chain by 2039.

We’re helping [members] by supplying renewable energy because that’s the biggest source of carbon reduction and avoidance. At the same time, we also provide guidance as they draft their own net zero roadmaps for their businesses. 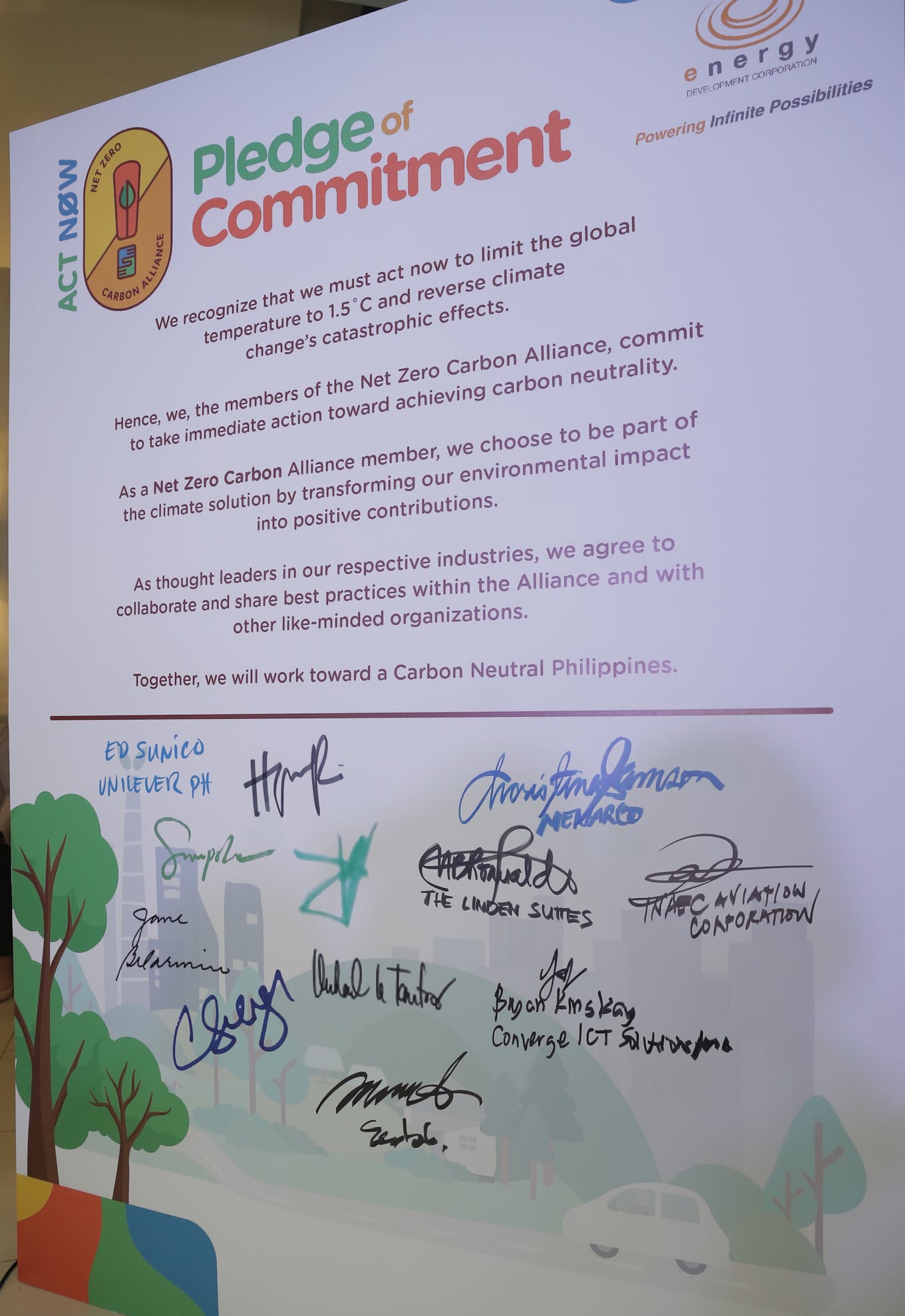 Unilever, the maker of brands like Dove, Surf and Knorr, earlier vowed to achieve this by improving its consumer packaging, where it pledged to halve its use of virgin plastic in three years, by reducing its use of plastic by more than 100,000 tonnes and accelerating its use of recycled material.

“Carbon emissions generated by packaging materials are a significant factor in climate impacts. Our membership in the alliance is aligned to our actions that are now geared more towards using recycled plastic which is far better than virgin plastic material,” said Rondell Torres, senior manager for sustainable business in Unilever.

“[The alliance] creates that space for partners and observers that climate action is not a one-sector task. We have to be part of a larger coalition to influence business, society and government.”

Unlike other local organisations, which have topics for discussion during sustainability-related conferences but lack outputs and outcomes, NZCA provides guidance to its partners on their net-zero carbon goals and has mechanisms in place to get them on track with their commitments.

NZCA developed a six-step framework to support companies on their sustainability journey: companies’ commitment to achieve net zero, measurement of their greenhouse gas emissions, plan of avoiding or offsetting them, the actual reduction of emissions, publicly report their carbon footprint, and a third-party validation that the firm has complied with targets to obtain certification. However, Barcena pointed out that this serves more as a guide than as a formal system of accountability. 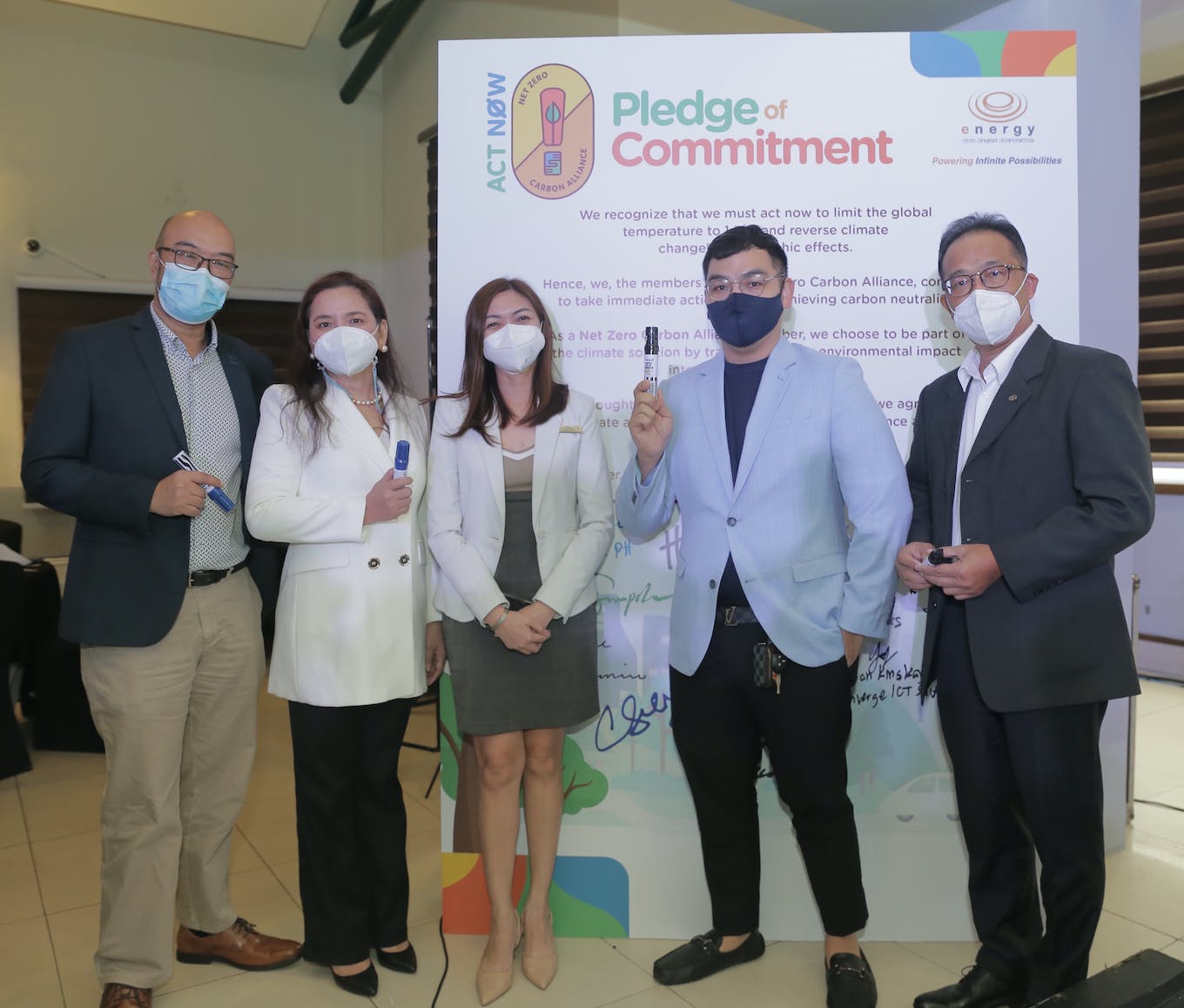 Apart from clean energy technology, EDC offers its expertise to NZCA members in planting trees to establish their own arboretum or a botanical garden of various tree species and shrubs that will feature a number of endangered tree species collected from all over the country.

The firm has already planted over 6.8 million seedlings and restored 10,000  hectares of denuded forests inside geothermal reservations and other watershed areas through a greening programme called BINHI.

Real estate developer Arthaland said this reforestation scheme was one of the reasons why it joined the alliance. “We hope to develop arboretums where we don’t simply plant and go, but restore and propagate threatened native tree species. We wish to create a continuing partnership with EDC to grow and protect the Philippines local biodiversity as a transitionary vehicle to offset our outlying carbon emissions through its BINHI program,” said Samantha Pobre, sustainability manager at Arthaland. 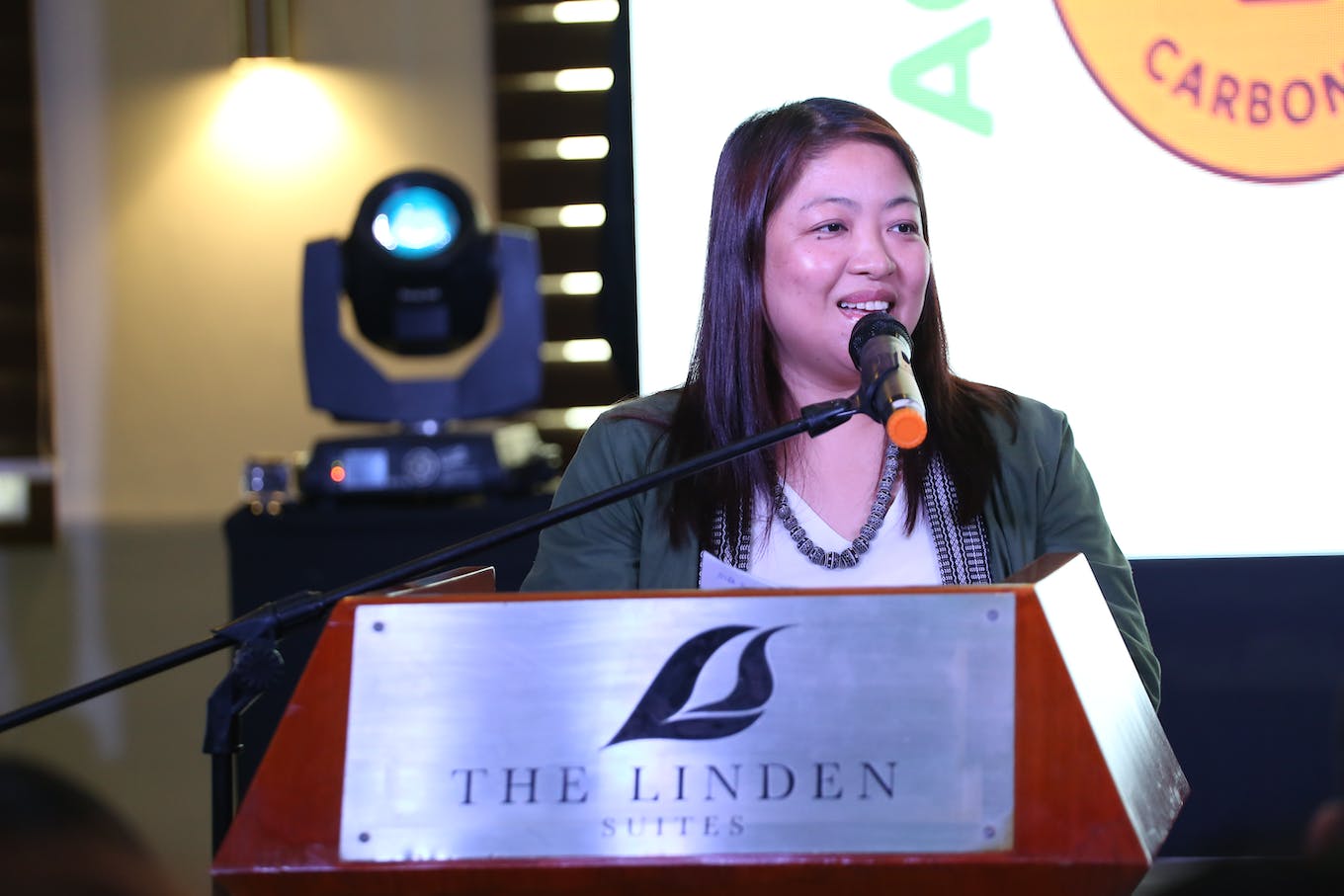 Businesses are viewed as huge contributors to warming the planet, what with large consumer goods firms blamed for a bulk of the Philippines’ plastic waste and fossil fuel companies contributing to cities’ dirty air.

But in order to reduce the country’s greenhouse gas emissions by 75 per cent by 2030, corporates need to be tapped to help raise the capital needed to finance climate goals, said Rachel Herrera, commissioner at the Philippine Climate Change Commission.

The commission, whose officials represent the country at the annual climate summit of the United Nations (UN) Framework Convention on Climate Change’s annual conference of parties (COP), has set 72.29 per cent of the climate target as conditional, and will only be met through funding and assistance from the international community. It has pledged to use its own resources to meet the remaining 2.71 per cent due to low resources.

“The private sector can fill in this gap by investing in green projects and technologies, adopting sustainable systems and business practices, and spurring innovations that would help modernise and transform our emissions-intensive sectors,” Herrera told Eco-Business.

“All these are actually a necessary and valuable undertaking considering business and industry are both contributory and vulnerable to climate impacts.”

Herrera, who has been holding private sector consultations to see how the government can support corporates’ carbon reduction schemes, noted how businesses have been making “significant movements” especially in the energy sector where major players and banks are divesting from coal and augmenting investments in renewable energy.

For consumer goods firms, the new law on extended producer responsibility (EPR) makes it clear that plastic producers must take on the bigger task to prevent plastic waste leakage into the open environment, she added.

The law mandates that large enterprises must develop EPR schemes and recover or offset their plastic footprint by 20 per cent starting next year, annually increasing by 10 per cent until 80 per cent by 2028 and succeeding years.

She said: “As more businesses and companies adopt net zero targets, these shouldn’t be the end goal. Beyond offsetting carbon footprints, the private sector needs to help further unlock our potential and grab the opportunities in a circular, sustainable, and climate resilient economy.”