Despite efforts from consumer goods giants to curb waste through recyclable packaging, activists say this will not solve the problem of marine plastic pollution.

Food and beverage firms Coca-Cola, Nestlé, and PepsiCo are the world’s biggest plastic polluters, a study of litter found on beaches, streets, homes, and parks in 50 countries has revealed.

The same firms have topped the global plastic polluter audit, conducted by a collective of environmental groups running cleanup operations, for the second year in succession. 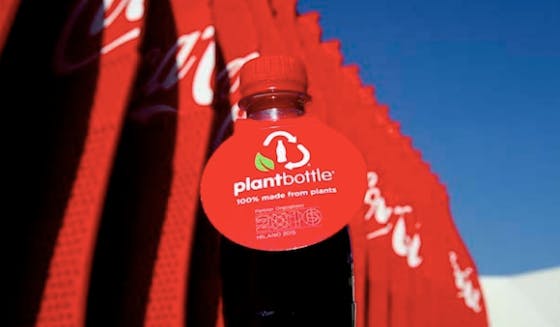 This is despite initiatives the multi-national consumer goods companies have launched to address the chronic plastic pollution problem they have contributed to.

But these measures do not address the root of the problem - the overuse of plastic by consumer goods firms - and so have not affected their standing in the global litter audit, the campaigners noted.

“Commitments by corporations like Coca-Cola, Nestlé, and PepsiCo to address the crisis unfortunately continue to rely on false solutions like replacing plastic with paper or bioplastics and relying more heavily on a broken global recycling system,” said Abigail Aguilar, plastic campaign coordinator for Greenpeace Southeast Asia, the lead group for the Break Free From Plastic campaign, in a media briefing on Wednesday. 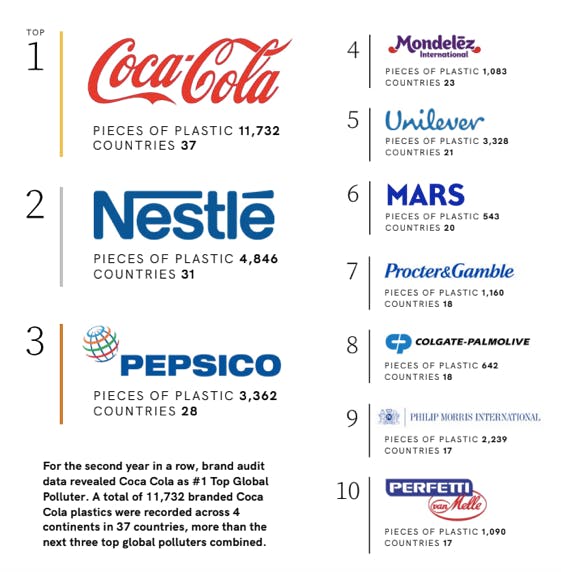 “We call them false solutions because they perpetuate the throwaway culture that caused the plastic pollution crisis, and will do nothing to prevent these brands from being named the top polluters again in the future.”

As part of Break Free From Plastic, a global movement of non-governmental organisations advocating against new plastic production, Greenpeace orchestrated 4,384 cleanups in over 50 countries from August 1 to September 30, picking up 476,423 pieces of plastic. Almost half of the plastic waste was marked with a clear consumer brand.

Von Hernandez, global coordinator of Break Free from Plastic, called on corporations to reduce their production of single-use plastic, instead of using recycling or recyclable packaging as a solution.

He cited a 2017 study that found that 8.3 billion metric tonnes of plastic trash have been produced since 1950, but only 9 per cent of it has been recycled globally.

“Even if all plastic packaging were collected to be recycled, it would only be down-cycled or transformed into another inferior product that inevitably becomes waste, ending up in incinerators and landfill, polluting our oceans,” Hernandez said.

“Over the next 30 years, the amount of plastic waste is set to quadruple,” he warned.

A call for ‘alternative delivery systems’

Environmentalists urged the consumer goods companies to invest in different ways to package their products that do not create pollution. 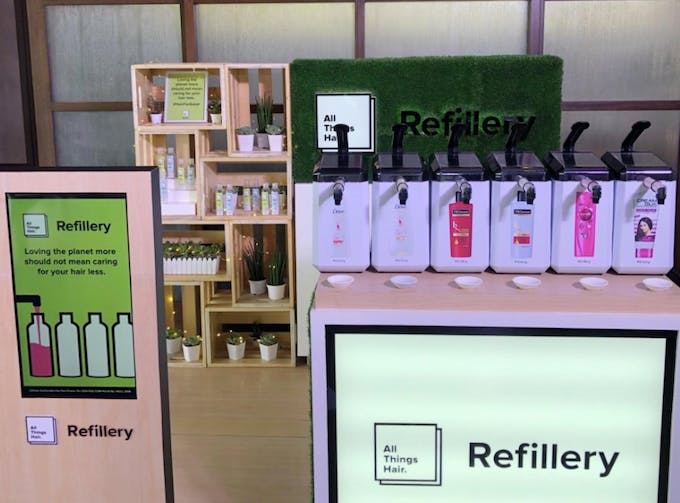 Unilever’s hair refilling station in a mall at the Makati Central Business District in the Philippines. Image: Unilever

Unilever, which ranked as the fifth largest polluter in the audit, launched a shampoo and conditioner refilling station in three high-traffic malls in Metro Manila, Philippines in March.

The hair and skincare giant, which owns brands such as Dove, Sunsilk, and Lux, sells many of its products in single-use plastic sachets in developing countries like the Philippines and Indonesia to make its products more affordable.

While environmentalists lauded Unilever’s intiative, they said consumers in the lower income bracket who mostly use single-use sachets will not use the refilling stations.

“It’s a step in the right direction, but malls especially in the central business district are not that accessible to the common Filipino. In our dialogue with the companies, we told them that if they are to invest and introduce an alternative [to plastics], they need to position them where they are easily accesible, like in sari-sari (retail) stores or public markets,” Aguilar said.

“Solutions must be affordable, simple, convenient, durable, and non-toxic,” he said.