7 sustainability dates to look out for in 2023

From the first UN global stocktake to India's upcoming battery swap laws, here are seven sustainability dates to look forward to this year.

2022 has had its fair share of successes and innovations, but 2023 also promises to be an important year for environmental progress.

According to a report published last October by the United Nations Framework Convention on Climate Change, efforts to reduce global greenhouse gases have been largely inadequate, and the world will still be 2.5°C warmer by the end of the century – far higher than the safe 1.5°C threshold.

As national and international stakeholders scramble to make up the difference in climate action, here are seven major sustainability dates to mark in your 2023 calendar. 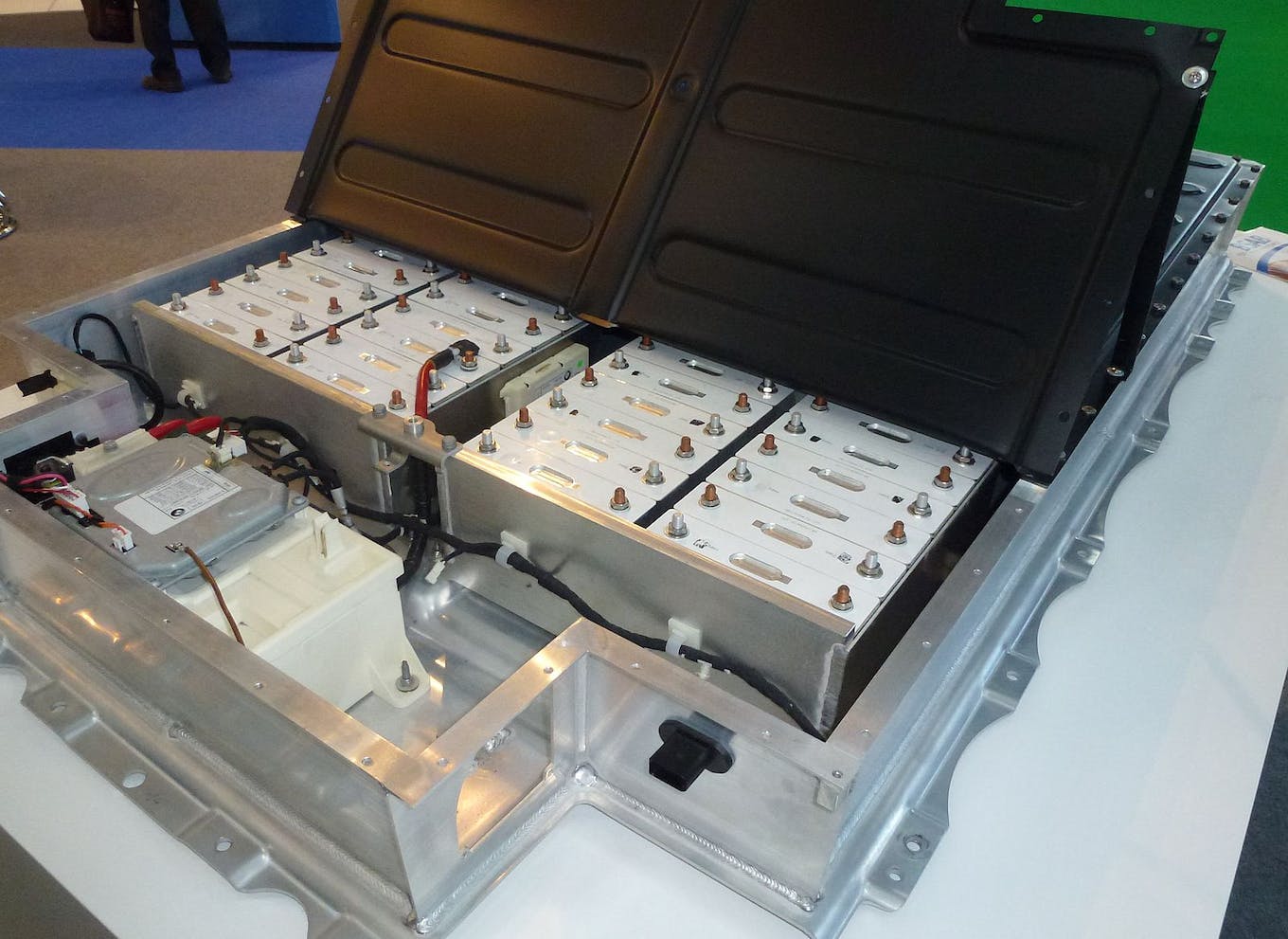 2023 will be a pivotal year for India’s electric vehicle (EV) industry. On 1 February during the presentation of the 2023 Union Budget, India’s central government will likely finalise the nation’s battery-swapping policy, which will have a major impact on future EV design and user experience.

As noted by Union Minister of Road Transport and Highways Nitin Gadkari, battery-swapping would allow EVs, especially those used for business, to perform their duties with minimal downtime and lower upfront cost. However, after a series of electric scooter battery fires and consultation with business leaders, experts predict that performance and safety concerns will take precedence over standardisation and interoperability for now. 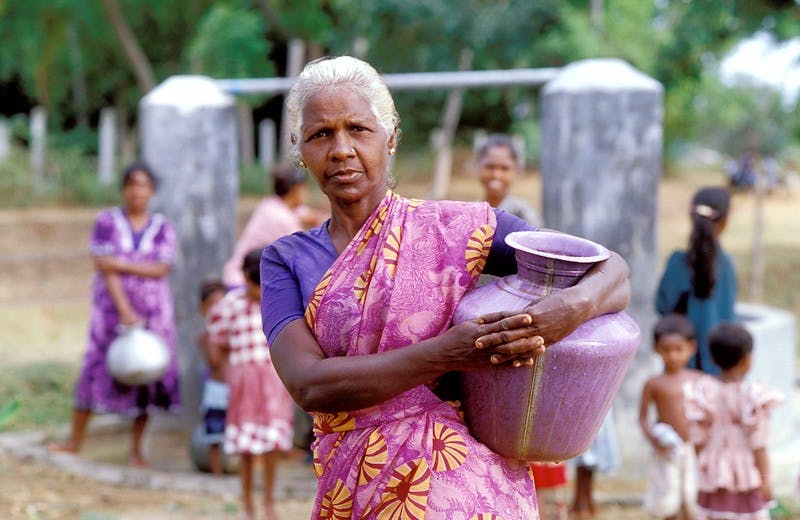 On 22–24 March, the first UN Water Conference in 45 years will be held in New York City. Co-hosted by the Netherlands and Tajikistan, the conference aims to secure a Water Action Agenda containing the additional commitments and pledges necessary to meet Sustainable Development Goal (SDG) 6: clean water and sanitation for all by 2030.

According to the event’s vision statement, countries must work up to four times faster than they are now to meet SDG 6. To achieve this, the conference will host plenary meetings and interactive dialogues around five themes: ensuring safe drinking water and sanitation, promoting sustainable economic development, protecting marine biodiversity, increasing resiliency to water-related disasters and encouraging transboundary cooperation on water-related issues. 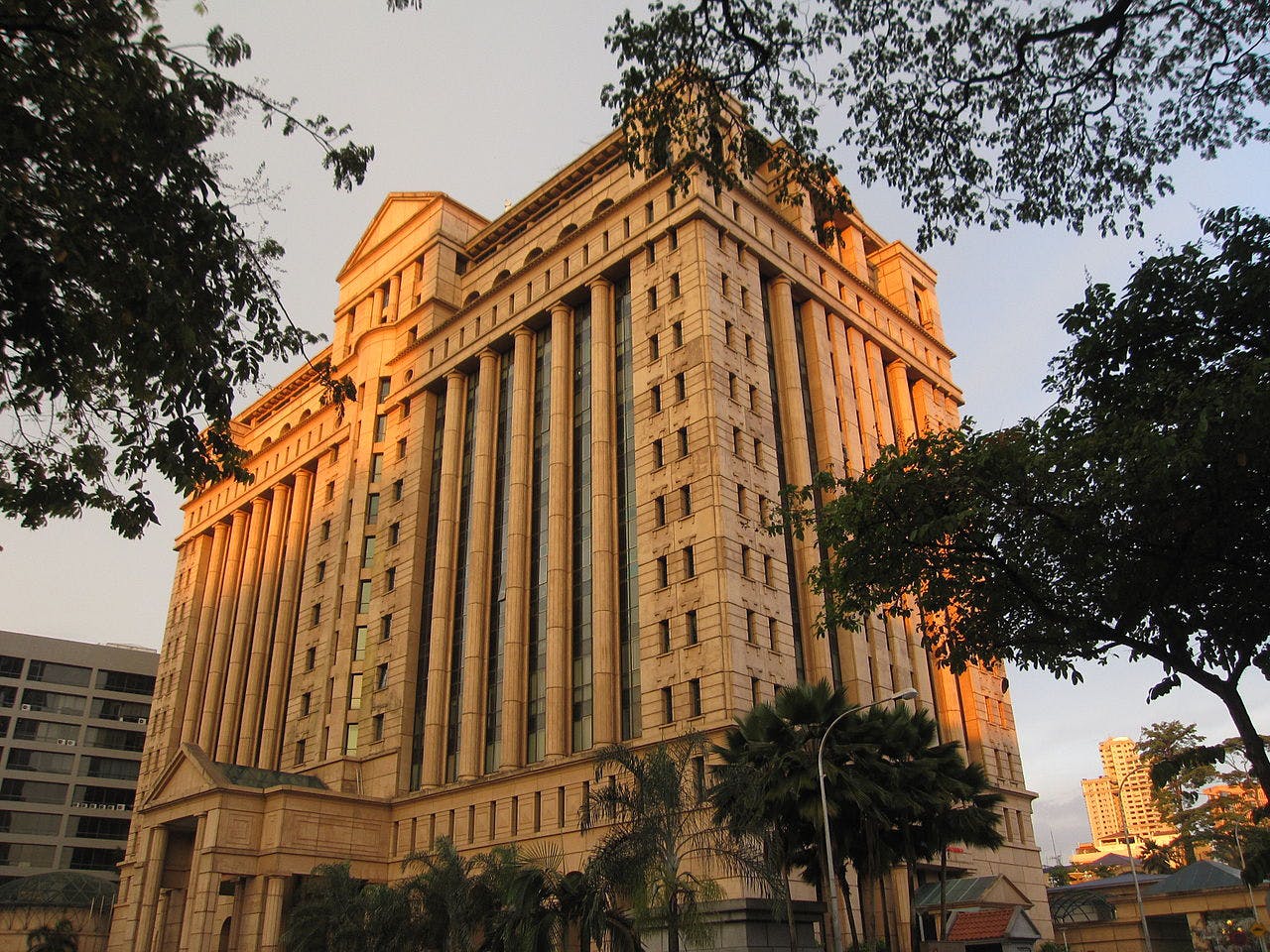 The first trades will commence in March via an auction which aims to discover the prices of the new BCX-listed products, though other modes of trading, such as standardised contracts of carbon credits and off-market transactions are expected to be available in the future. 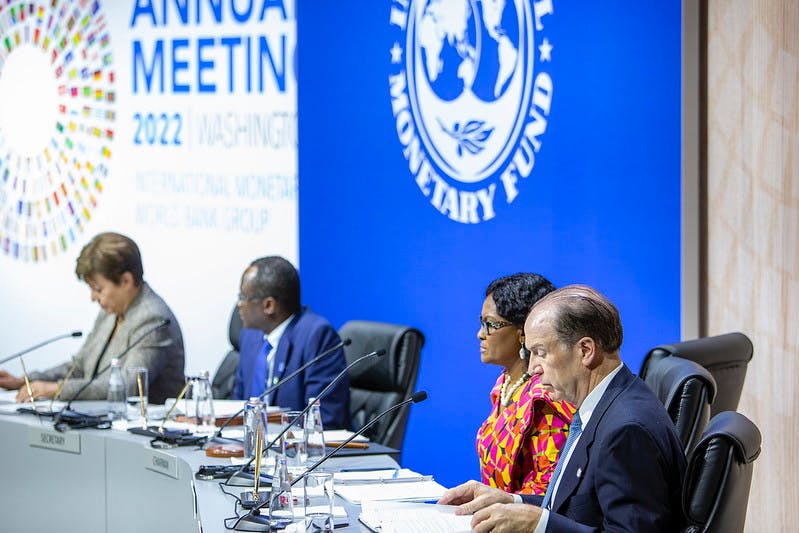 From 10–16 April, the annual Spring Meetings between the World Bank and the International Monetary Fund (IMF) will take place in Washington DC On the agenda is the revitalisation of the World Bank, which has recently come under fire for its outdated lending practices and inability to provide adequate assistance to developing countries facing climate-related disasters, rising inflation rates and food and energy shortages.

According to an “evolutionary roadmap” seen by Reuters, the World Bank intends to transition away from the country and project-specific lending model it has used since its inception in 1944 by altering its mission, operating model and financial capacity. Negotiations are expected last past the Annual Meetings in Morroco this October.

5. First Global Stocktake to be completed 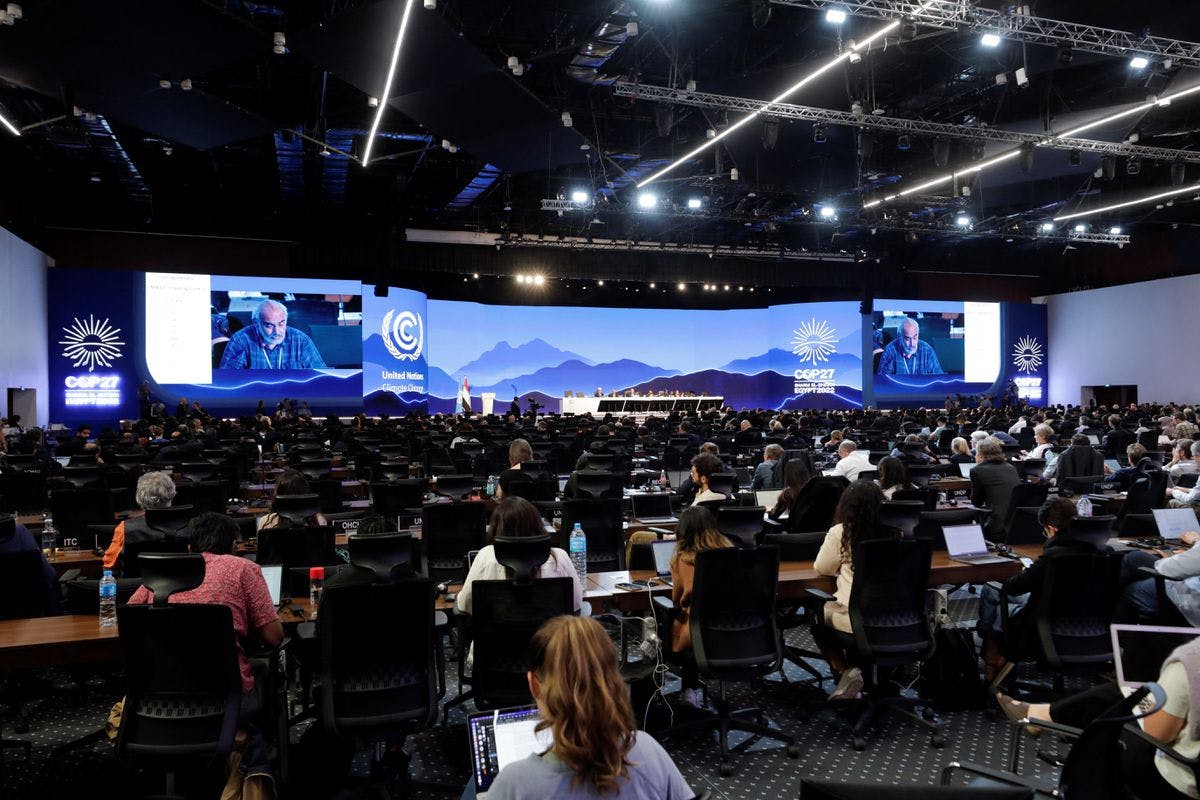 A general view over the closing plenary at the COP27 climate summit held at Sharm el-Sheikh. The results of the Global Stocktake will be revealed in COP28, which will be held in Dubai. Image: REUTERS/Mohamed Abd El Ghany.

In May, the first ever Global Stocktake (GST) will be completed as mandated by the Paris Agreement. The GST aims to assess the advances made so far in mitigating and adapting to climate change. The results will be released during the COP28 climate conference in Dubai later this November. GSTs will continue to be conducted every five years after 2023 to monitor any further progress.

Early indications about the GST’s content can be viewed as soon as March when the Intergovernmental Panel on Climate Change releases its Synthesis Report, which will be used by the GST. Though experts are not expecting a favourable result, many expressed their hope that the GST’s results will hold countries accountable and encourage them to take more ambitious climate action.

6. The race for deep-sea mining regulations 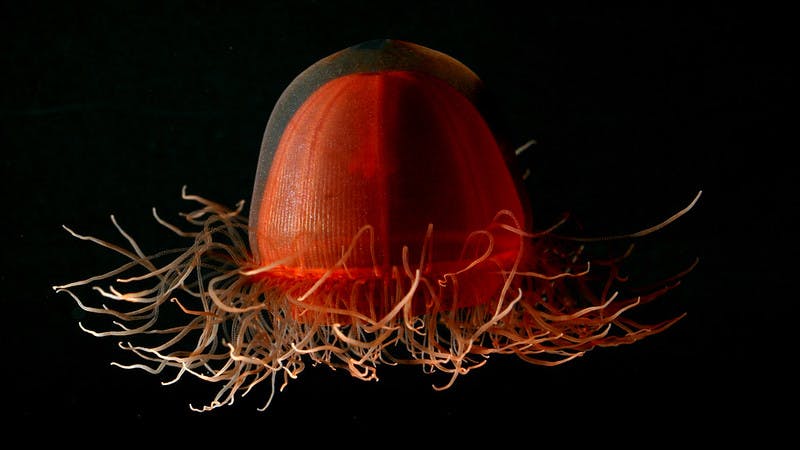 A crossota norvegica, or deep red jellyfish found off the bottom of the deep sea. Many countries have proposed a moratorium on deep-sea mining projects as deep sea ecosystems are still not well understood. Image: California State University, Monterey Bay/Kevin Raskoff.

In late June, the International Seabed Authority is due to deliver its mining code, which will regulate the prospecting, exploration and exploitation of marine materials in the international seabed area. This deadline was triggered after the Republic of Nauru announced it was intending to submit a seabed mining application on 25 June 2021, thus invoking the UN Convention on the Law of the Sea’s “two-year rule” which provisionally approves all mining applications after two years.

The global marine mining industry could be worth more than US$7 billion by 2026 and provide a new source of minerals required to produce crucial everyday technology like smartphones and green technnologies like electric cars and solar panels. However, as the environmental impact of deep-sea mining cannot be accurately assessed due to the lack of deep-sea habitat data, many countries like Germany, New Zealand and Fiji have called for a moratorium on ocean extraction, or even an outright ban, like France.

7. Scope 3 climate disclosures on the horizon 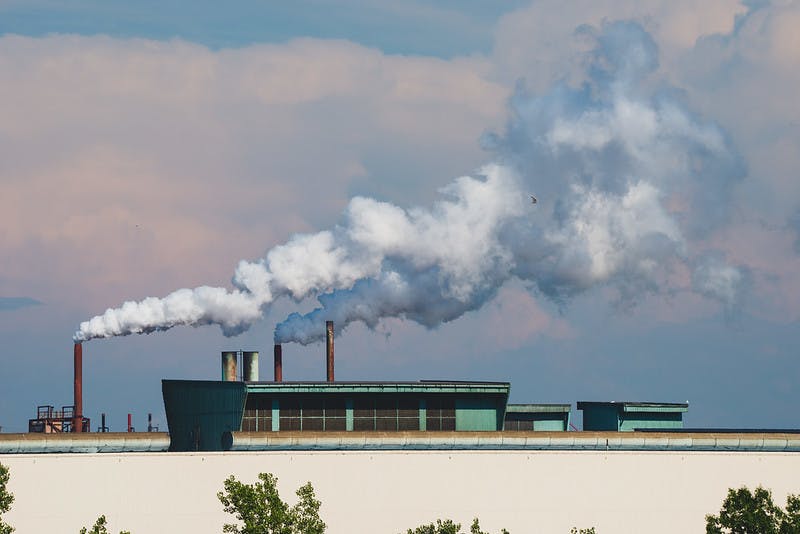 Emissions from a steel plant in Indiana, USA. Image: Flickr.

2023 will also be a big year for climate disclosure. Though no date has been set yet, chairman of the International Sustainability Standards Board (ISSB) Emmanuel Faber said the organisation will strive to finish two standards that require companies to disclose significant climate and sustainability risks “in the next few months” earlier this January.

ISSB has also announced its intention to not only continue working on the proposal it voted for last October, which requires companies to disclose their Scope 3 emissions, but also look further into two other proposals requiring businesses to disclose their human rights practices and impact on biodiversity.

Have we missed any? Let us know by writing to news@eco-business.com.