Where do your coffee cups, clothes and household appliances go to die? New documentary Trash Trail traces the afterlife of consumer goods in Singapore to reveal surprising findings. 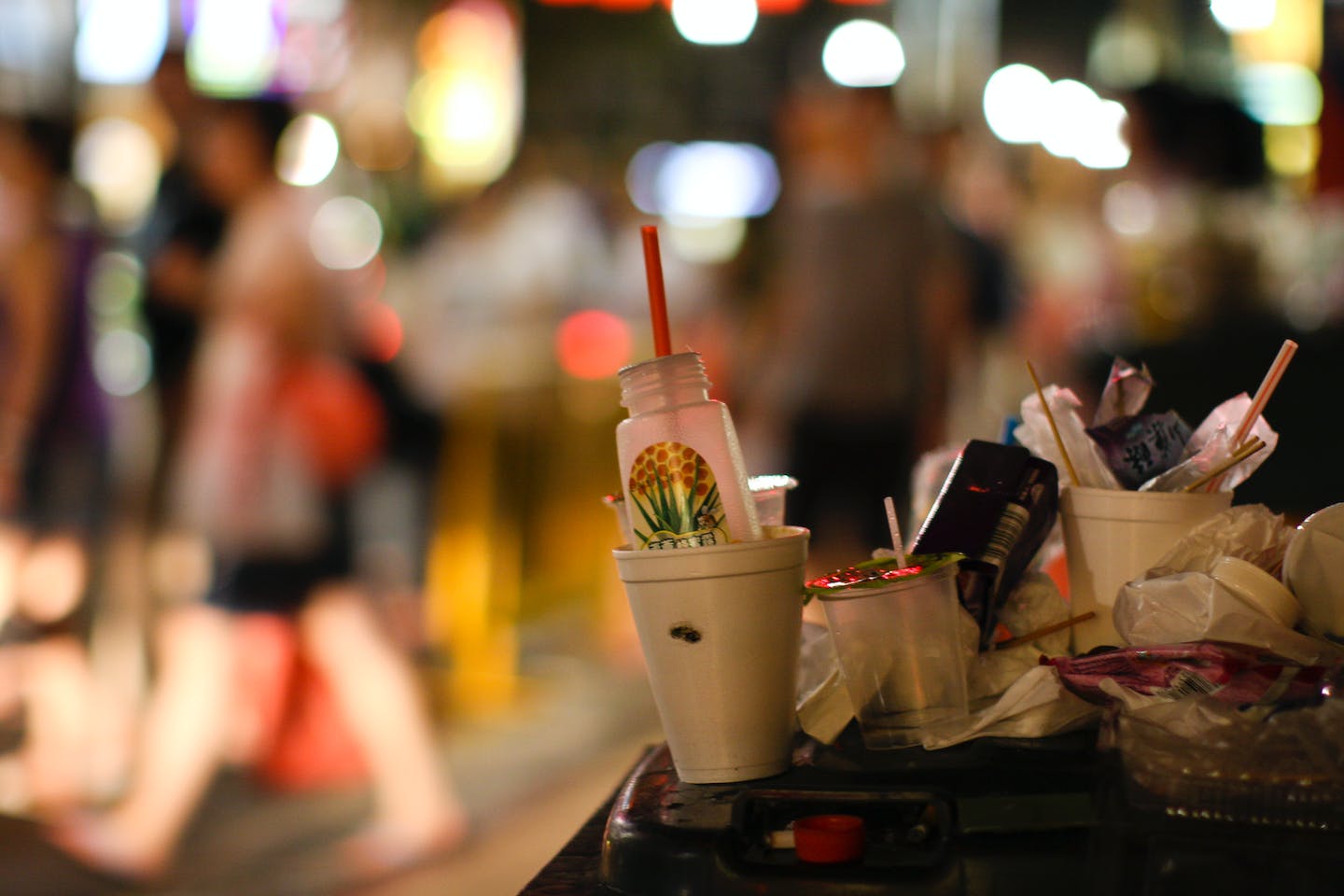 Talk dirty to me: Singapore produced 7.67 million tonnes of solid waste in 2016, of which 61 per cent was recycled.
By Hannah Koh
Tuesday 7 February 2017

Singapore, a country that likes to do well in international rankings, can now add another feather to its cap. The city-state of 5.5 million people is the second-biggest producer of electronic waste per capita in Asia after Hong Kong.

According to a study by the UN’s research unit, the United Nations University, Singaporeans throw out a hefty 20kg per capita in e-waste annually.

This, and other facts about trash generated by residents of the Lion City, are brought to light in the new documentary series Trash Trail that debuted on January 30. Airing on Mondays on Channel NewsAsia at 8pm, presenter Jason Godfrey tracks how different types of trash are processed or recycled in each 30-minute episode.

The five-episode series, which can be streamed online, aims to get viewers thinking more about what happens to the waste they throw out, and do something about it. Godfrey, who holds a degree in environmental studies, told Eco-Business that studying environmental issues can be daunting because “you learn a lot about what is wrong with the world, but not how to correct it”.

Trash Trail takes a more upbeat approach. “In this series, there is a focus on bad things that are happening, but also on how to make things a little better. That’s important,” he said.

National Environment Agency statistics show that Singapore generated a total of 7.67 million tonnes of solid waste in 2015, a whopping 159,000 tonnes more than the previous year.

Waste is a problem that the Singapore government has identified, as evidenced by the professed goal of turning the Lion City into a zero-waste nation, according to the Sustainable Singapore Blueprint that was released in 2015. Singapore will do this by “reducing its consumption of materials, and reusing and recycling them to give them a second lease of life”.

But based on the information unearthed by Trash Trail, Singapore may still have some way to go.

In the first two episodes broadcast last week, Godfrey presented the unsustainable and even toxic ways household appliances are disposed of and lifted the lid on coffee cup recycling.

For instance, the programme highlights the difficulties that companies and consumers face in dumping “white goods”, a term for large household appliances including refrigerators and washing machines, in a responsible way due to the lack of expertise and awareness in Singapore.

One scene shows workers at a bin centre dismantling an unwanted refrigerator and releasing toxic refrigerants without wearing respirators. It’s also noted that the amount of refrigerant gases in a single compressor, 180g, has the same climate impact as driving a car all the way to Thailand, according to a source on the series.

In Singapore, infocomm companies Dell, Starhub and Panasonic run their own e-waste recycling programmes for personal devices such as mobile phones and laptops, but there are virtually no takers for larger household appliances.

The same could be said of the ubiquitous coffee cup. Although the plastic lids and the outer paper sleeves of the cups can be recycled, the main bodies of coffee cups have a waterproof lining on the inside that makes them impossible to be broken down easily or affordably.

Many food and beverage operators would like to use more sustainable packaging and crockery, but find the costs involved and lack of customer demand hard to justify, said Eco-Business managing editor Jessica Cheam, who was interviewed in the documentary. She added that people have become too used to the convenience of efficient waste disposal in Singapore.

And it was the sight of towering, giant reams of virgin paper shipped from northern Europe just sitting in the factory warehouse “waiting to be turned into paper cups” that left the deepest impact on presenter Godfrey during filming, which wrapped up earlier this month.

“All those resources going into a product that has a lifespan of 15 minutes,” he lamented to Eco-Business. “It’s something we all know - that packaging is wasteful. But seeing that switched something on for me. Now I bring my own tumbler to get coffee, or don’t buy coffee at all.”

To inspire Singaporean consumers to take similar action, Trash Trail has joined forces with independent cafes in Singapore to offer discounts to customers who bring their own reusable tumblers or coffee cups until March.

Godfrey hopes that viewers will also understand that consumer action is the first step towards a more sustainable society, despite the tendency to put the blame on governments and businesses.

“It’s our consumption patterns that dictate what companies sell and how they sell it; it’s our attitudes that dictate the policies governments roll out. If we demand it, we’ll get it.”

He added: “Putting the onus on someone else is a cop-out.”