What's being done to fix water scarcity in Asia's most water-stressed countries?

This World Water Day, we highlight the 6 most water-stressed countries in Asia and ask what (if anything) is being done to boost water security.

This year’s World Water Day on 22 March is a hard-hitting reminder that with less than a decade left to reach the United Nations’ Sustainable Development Goal 6, of delivering clean water and sanitation to all, 2.2 billion people still lack access to safely managed drinking water.

From agriculture to energy and food production, healthy ecosystems and human survival itself, the global demand for freshwater is soaring while supply becomes more uncertain.

Water scarcity is particularly acute in Asia as rapid population growth, industrial development and urbanisation heightens the water crisis in the largest and most populous continent.

Home to 4.5 billion people, the Asian population uses around 65 per cent of the world’s water supply. Agriculture accounts for the largest use of water, followed by industrial and municipal uses.

According to research from the International Institute for Applied Systems Analysis’ (IIASA) Water Program, water scarcity will increase in 74 to 86 per cent of regions in Asia, with about 40 per cent of the continent’s population facing severe water scarcity by 2050.

This year’s World Water Day theme is “Water and Climate Change”, which highlights the importance of proper water management to reduce floods, droughts, scarcity and pollution, and help tackle climate change itself. Here are the six countries most at risk to water stress in Asia. What is being done to tackle their most pressing water challenges?

India’s water crisis was brought to the forefront of the world’s consciousness in 2019 when no rain fell in India’s six largest city, Chennai, for 193 days. Heat waves and a monsoon delay in the summer months resulted in the drying up of Chennai’s freshwater lakes, which triggered protests and violence among thirsty residents.

But water scarcity in India is not isolated to the southern states.

According to a recent report by United States-based think tank World Resources Institute, India is the 13th most water-stressed country in the world, but is home to more than three times the population of the other 16 worst-affected countries combined.

600 million people across the country face “extremely high” water stress; the country withdraws more than 80 per cent of their available surface and ground water supply on average every year.

Such a narrow gap between supply and demand leaves the country vulnerable to fluctuations like droughts or increased water withdrawals. This vulnerability is exacerbated by climate change and population growth.

On top of rivers, lakes and streams, the hidden and thereforce poorly managed water source that India heavily depends on is groundwater, which has been severely exploited to provide water for agriculture.

A 2018 study by Indian government thinktank Niti Aayog estimates that 21 Indian cities will run out of groundwater by 2020.

Recognising the severity of its water crisis, a new ‘Jal Shakti’ Ministry was set up in 2019 to prioritise the provision of clean drinking water for everyone. This new ministry merges the former ministries of Water Resources and Drinking Water and Sanitation and addresses all water related works.

Despite having more glaciers than anywhere else in the world, Pakistan ranks right after India as the 14th most water stressed country, also facing extremely high water stress.

The Pakistan Council Research in Water Resources (PCRWR) has warned that Pakistan may run out of water by 2025.

On top of climate change leading to less winter snow cover and rainfall, rapid population growth, outdated infrastructure and poor water governance have encouraged the over-exploitation of water resources and contributed to the severity of the water crisis.

The Indus River, Pakistan’s lifeline, is also under perennial political threat. The river flows from India and the disputed Kashmir region into Pakistan, and the sharing of the river follows the longstanding but strained 1960 Indus Water Treaty (IWT).

But India has plans to construct new dams that will affect the flow of water into the Indus Valley and impact Pakistan’s primary water supply. All these factors contribute to greater water challenges ahead for Pakistan.

The inaugural adoption of the National Water Policy in 2018 represents a huge milestone for the country’s water future, as disputes between Punjab and Sindh provinces had delayed the process for over a decade.

The policy outlines numerous solutions to manage its diminishing water resources, including a framework to allow the federal and provincial governments to address various issues. However, some argue that the ambiguous and sometimes contradictory wording might hamper progress and the future of its water crisis ultimately lies in the cooperation between the Indian and Pakistani governments. 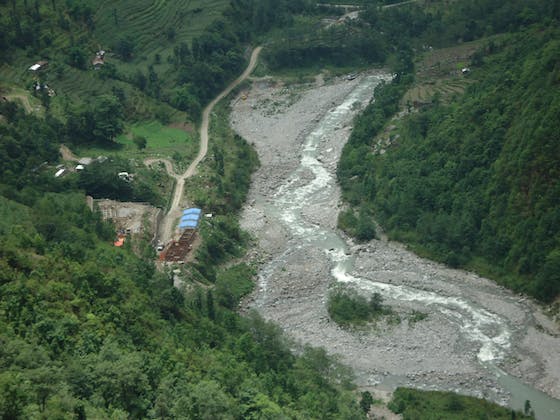 With over 6,000 rivers in Nepal, the landlocked nation is one of the most water-abundant countries in the world. But the South Asian country faces problems with contamination of its water supply due to the uncontrolled discharge of industry, domestic waste and untreated sewage into its rivers and lakes.

Nepal has taken significant steps to supply drinking water to a growing percentage of the population. However, while 95 per cent of Nepalis now have access to drinking water, the water supplied is not always safe or regular.

A report published by the Ministry of Water Supply and Sanitation in 2017 estimates that only 12 to 15 per cent of the population has access to safe and treated drinking water.

In 1998, the government of Nepal pledged to ease Kathmandu Valley’s water crisis through the multi-million dollar Melamchi Drinking Water Project. The plan involves building a 27 kilometre tunnel from Melamchi River to Kathmandu Valley, transferring 170 million litres of water a day.

But while it was initially supposed to take 10 years to finish, funding issues have delayed the project, and the revised completion date is now set to be the end of December 2020, 12 years past the initial deadline. Its completion will only meet half of Kathmandu’s current demand.

The United Nation’s Children Fund (UNICEF) has also implemented a Water, Sanitation and Hygiene (WASH) programme with the aim of providing improved and equitable access to safe and sustainable drinking water and sanitation services to all children and their families by 2022.

The beginning of 2020 saw the tap water of Thailand’s capital, Bangkok, turn saline as seawater pushed up the depleted Chao Phraya River. As a short term solution, authorities began sending drinking water in trucks to parts of Bangkok and urged residents to take fewer showers.

According to the Thai Meteorological Department, Thailand is set to face the worst drought in four decades this year. Coupled with rising sea levels, experts say that the increased saltiness of tap water could be the new normal in years to come.

Another factor contributing to the record-low water levels is retention by dams in upstream areas of the Mekong River, which is affecting the region’s ecology.

It is part of a four-pillar approach which includes the Water Resources Act 2018, the ONWR itself, and using innovation and big data for water management. 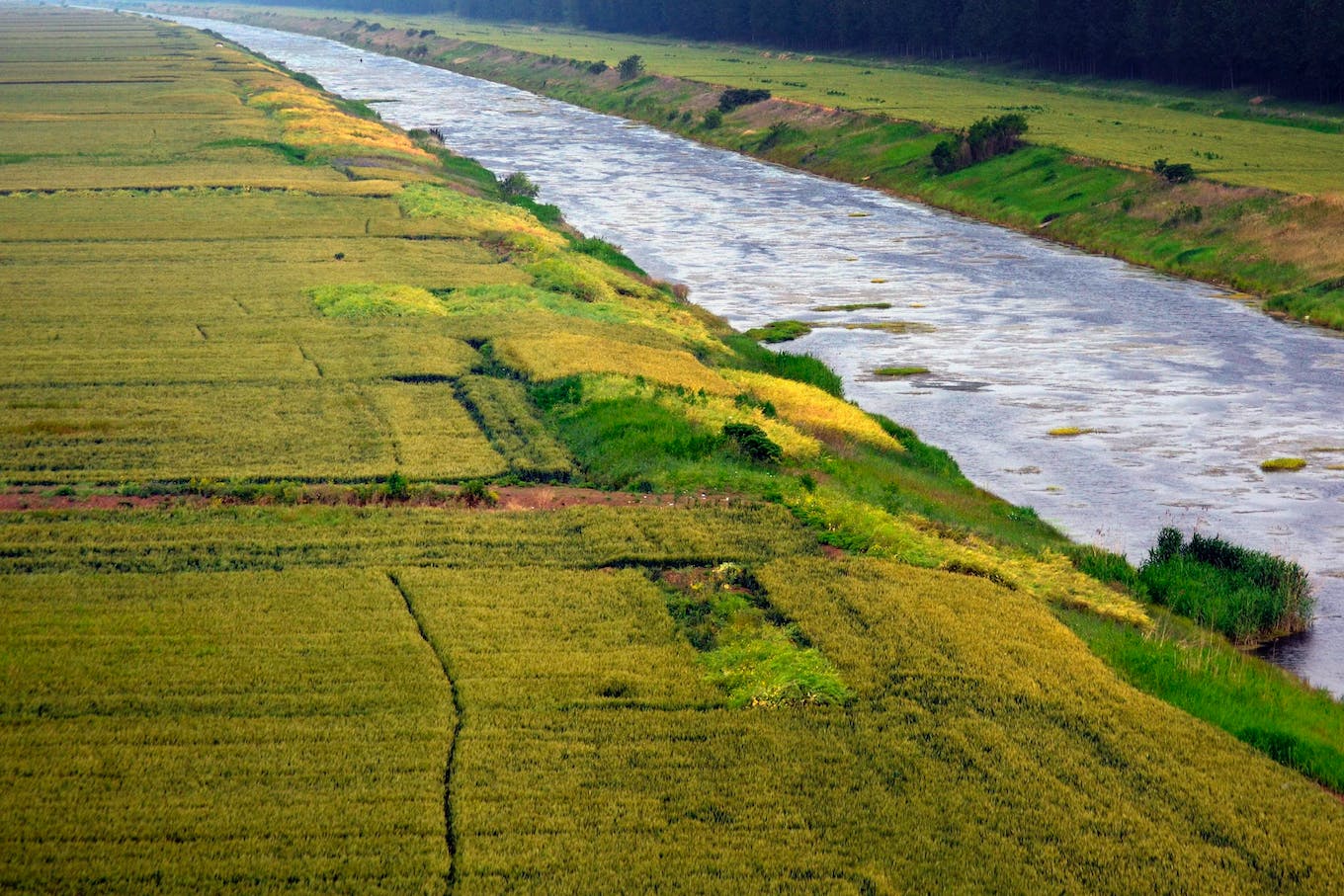 With 80 per cent of its water concentrated in the south, the water crisis in China is felt mostly in the parched north, where industries and agriculture concentrate.

In recent years, the government has been giving greater policy attention to mitigate water scarcity. Measures include the mega water diversion project that was designed to take water from China’s longest river, the Yangtze, to feed the north.

The project has been hailed as a “reliable lifeline” for the recipient regions, including Beijing, Tianjin, Hebei and Henan Provinces.

In his New Year speech this year, president Xi Jinping reiterated the importance of another major river in China, the Yellow River, for the nation’s sustainable development.

Last year, he called for greater ecological protection and high quality development of the river as a major national strategy. This includes more efficient use of water resources in the river, with rational planning of the population, urban and industrial development to resolutely curb unreasonable water demand.

Across the nation, each waterway in the country has been assigned a specific steward, also known as “river chief” or “lake chief”, to prevent pollution.

While the river has seen its water quality improve by 5.2 per cent in 2018, experts argue that more has to be done as extensive exploitation has caused severe environmental degradation and water scarcity.

Indonesia previously set an ambitious target of universal access to water supply and sanitation by 2019, but to date, 28 million Indonesians still lack access to safe water.

Similar to the countries mentioned above, Indonesia faces uneven distribution of its resources, resulting in severe water shortages in several parts of the country.

Due to the geographical distribution of its islands, redistributing water from its water abundant islands to the ones in need is an arduous task.

Water scarcity is the biggest problem in Indonesia’s most populous island, Java. While it is home to more than 60 per cent of the population, it only holds 10 per cent of the nation’s water supply.

Increased urbanisation, environmental degradation and agriculture have led to more run-off, which means that during the wet season, most of the water just flows into rivers and causes floods, rather than being stored for future use.

Java’s rivers are also heavily polluted and unsuitable for anything more than livestock and irrigation.

In 2018, the World Bank approved a US$100 million loan for Indonesia’s National Urban Water Supply Project that aims to enable the provision of water supply and sanitation to 6 million people in the country. The project encompasses improving the performance of water service providers in under-served urban areas.

However, it remains a question whether these suggestions will be adopted by these highly water-stressed countries to ensure their water security in the years to come.