Parched lives on the fringe: How water scarcity has widened inequality in Chennai

When a water crisis struck Chennai this year, the city found itself poorly prepared. How have water shortages widened economic and gender inequality in India's sixth-largest city?

Weary from long hours spent waiting for water, S. Kumari, 54, rests in the shade to escape the searing, relentless heat. An engine roars to life nearby as the tanker that just delivered water to her drought-stricken neighbourhood M.S. Nagar, an informal settlement in the locality of Chetpet in Chennai, the largest of India’s southeastern coastal cities, prepares to leave.

Hunting for water takes up the better part of Kumari’s days. Before the sun rises, she joins the queue at the hand pump down the road. But even when the water finally comes, it is often contaminated, and especially since scarcity prompted the government to cut piped water supply, Kumari has relied on additional water that the city sources on its outskirts.

However, with demand soaring and Chennai’s streets traffic-clogged, water is delivered at unreliable times, if at all. And at the height of this year’s water crisis, it was rarely enough, making it difficult to wash and cook, said Kumari.

The bitter struggle for water has become a daily reality for many of Chennai’s 9.1 million residents, but vulnerable communities, particularly the 820,000 people living in Chennai’s many informal settlements, have suffered the most from the acute water shortage that has plagued India’s sixth-largest city ever since a deadly drought hit the region this year, said Vanessa Peter, policy researcher at Information and Resource Centre for the Deprived Urban Communities, a Chennai-based non-governmental organisation.

If you are innocent and weak, you will never get water.

“Whenever there is a crunch of resources, the worst affected will be the vulnerable. Affluent residents can opt to pay for costly private water tankers, but that option is not available to the poor. They have no choice but to wait for hours to have their water pots filled. And even then, they often lack adequate supply,” she shared.

The crippling uncertainty, discomfort and exhaustion that water scarcity entails fray many a water-stressed resident’s temper, shared Kumari. Refilling water pots can be rough when residents start to push to reach the water tanker first or try to take more than the rationed amount. Conflicts between individuals are an almost daily occurrence, she said.

“If you are strong, you can have your pot filled more quickly. If you are innocent and weak, you will never get water. They will try to push you. They will pull your saree back. Sometimes, if you fill your pot and set it down, other people will just take it to their house,” she said.

Chennai’s water crisis has revealed sharply and reinforced various layers of inequality that permeate India’s society today. The way India still stigmatises informal dwellers, for instance, has resulted in them invariably being hit the hardest, with the justification to neglect and deny these neighbourhoods information on water delivery schedules arising out of the toxic discourse that labels and ostracises them, said Peter.

But most of the drought-induced, backbreaking burden has fallen on women because they bear the brunt of the housework, notes Peter. “When water is scarce, gender imbalances are exposed because women are forced to take up additional roles. It’s not a matter of choice for them,” she said.

“You’ll find hardly any man queuing up for water and even if the mother asks her children to help fetch the water because she has other work to tend to, it’s always the girl child,” she added.

“It is part of India’s social culture that the woman looks after everything related to the household. Collecting water and then carrying it up to the family’s apartment is, unfortunately, her burden,” said Krishna Mohan, chief resilience officer at 100 Resilient Cities (100RC), a non-profit organisation. 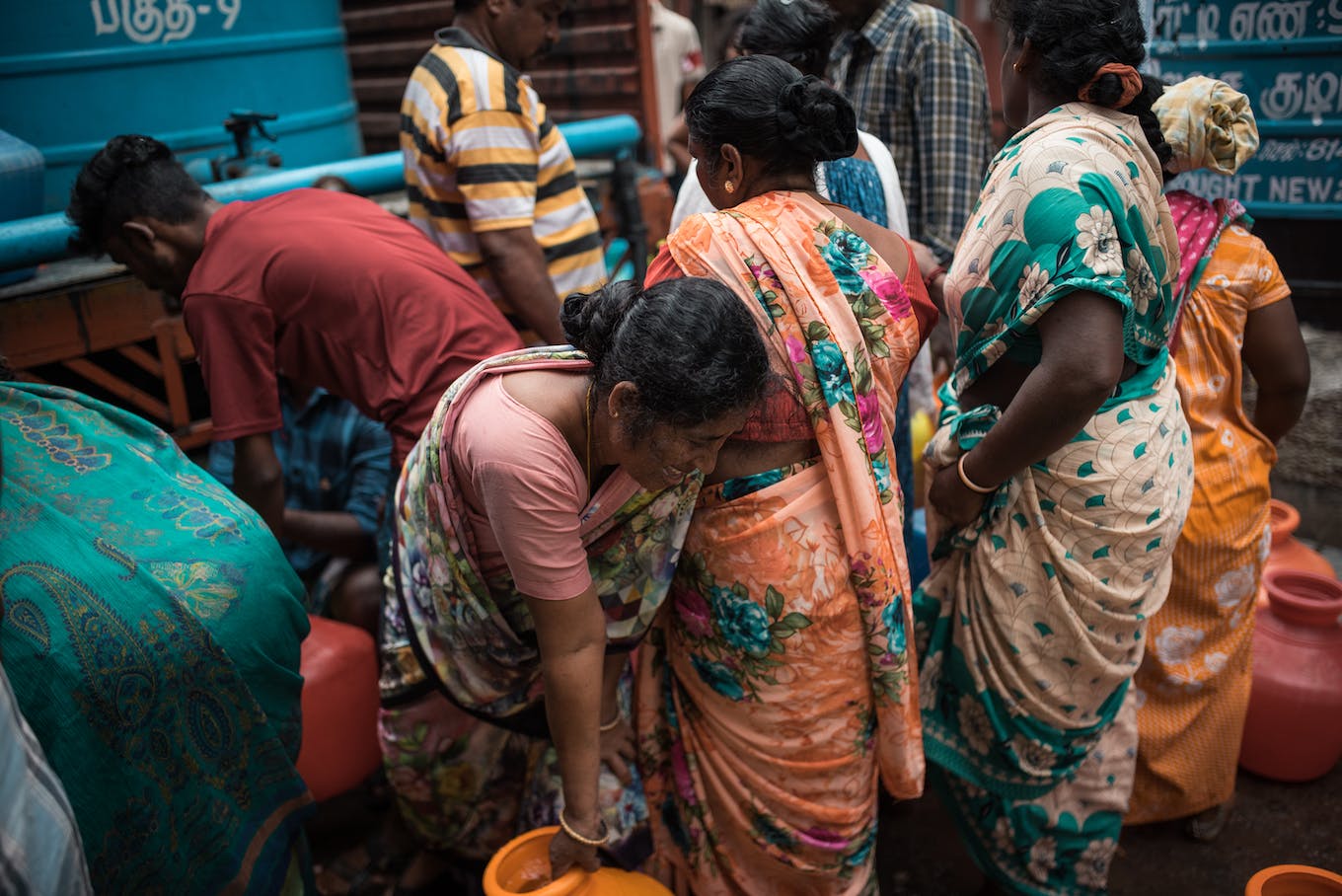 Peter said some of the additional hardship is passed on to children who stay awake to help collect water or fall back on unsafe sources to quench their thirst, putting them at risk of sleep deprivation and water-borne sickness, while diminished health and lost study time, in turn, take their toll on children’s education and crush opportunities.

About 200,000 Indians die each year as a result of inadequate supply or water contamination, according to a 2018 study by Indian government thinktank Niti Aayog.

The more pronounced vulnerabilities are, the more devastating the effect water scarcity has on families, according to Peter. Over 2,500 homeless families are estimated to live on Chennai’s streets, many for generations. They depend on public toilets, not only for defecation but also as a source of water to wash and cook. When taps run dry, homeless children, lacking food and the means to wash their uniform, are unlikely to attend school.

A recent United Nations report showed that when climate disasters such as droughts hit poor and marginalised communities, they are pushed further into poverty. Disasters erode livelihoods and strip families of their ability to absorb shocks, and as parents try to cope by decreasing nutritional intake or removing children from school, they inadvertently pass poverty down to their children, the analysis reads.

By 2030, the study estimates, 56 million people in the Asia-Pacific region will live in extreme poverty, but unless governments in Asia-Pacific take adequate measures to build up communities’ resilience to mitigate disaster risks, this number could more than double to 123 million. 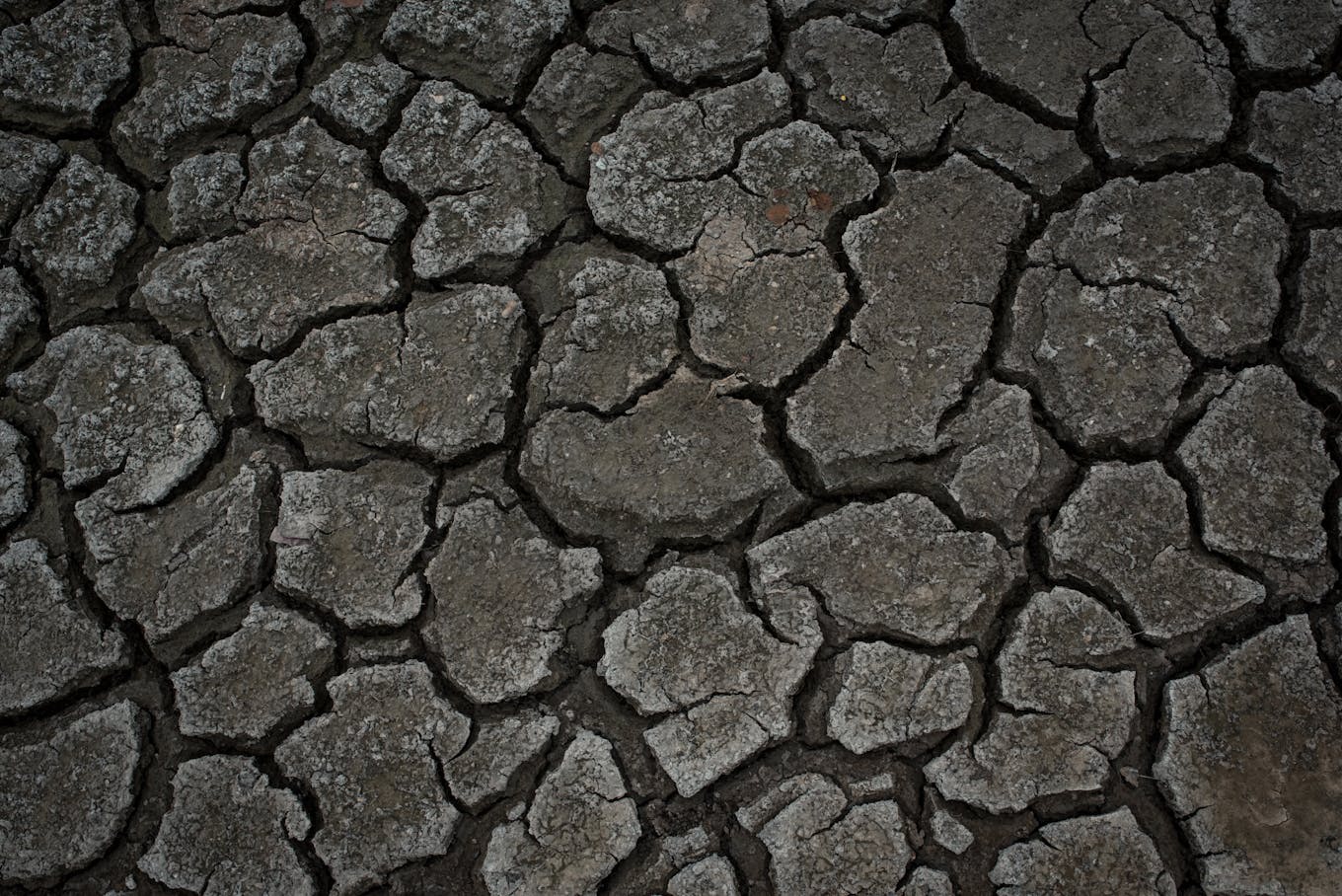 More than a climate change disaster

It is easy to see Chennai’s water crisis as yet another climate change-induced disaster; it all fits the narrative. Last year’s northeast monsoon—winds sweeping down from the Himalayas in October each year that bring the eagerly anticipated rains which replenish Chennai’s lakes and aquifers—brought less than half the usual amount of rain.

When no rain fell for 193 days this year, exacerbated by a fatal heatwave sweeping across India from May to June, Chennai’s four main reservoirs—the city’s primary source of water—virtually ran dry. Temperatures in Chennai are also higher than ever. Since 1950, maximum temperatures have on average gone up by 1.3 degrees Celsius. This means water now evaporates faster, and demand steadily rises.

G. Bhaskaran, head of the department for water resource management and associate professor at the department of geography at the University of Madras in Chennai, said climate change has wreaked havoc on Chennai’s weather patterns, making them more erratic and increasingly unpredictable. But seeing the city’s water crisis merely as the result of a changing climate neglects both how the government managed its water resources prior to the drought, and how the crisis has been dealt with, all of which dramatically magnified the calamitous impacts of global warming—for some more than for others.

He said given how Chennai’s burgeoning population had pushed water consumption to the brink, groundwater use was largely unregulated, rampant urbanisation had encroached on water bodies and unchecked pollution had clogged lakes and rivers, the crisis should not have come as a surprise.

About half of the 6,000 reservoirs that once defined Chennai are gone, having been built over as the city expanded, while others have been left unmaintained for decades or turned into dumping grounds for municipal waste. This has eroded the city’s ability to capture precious monsoon rains, he explained. 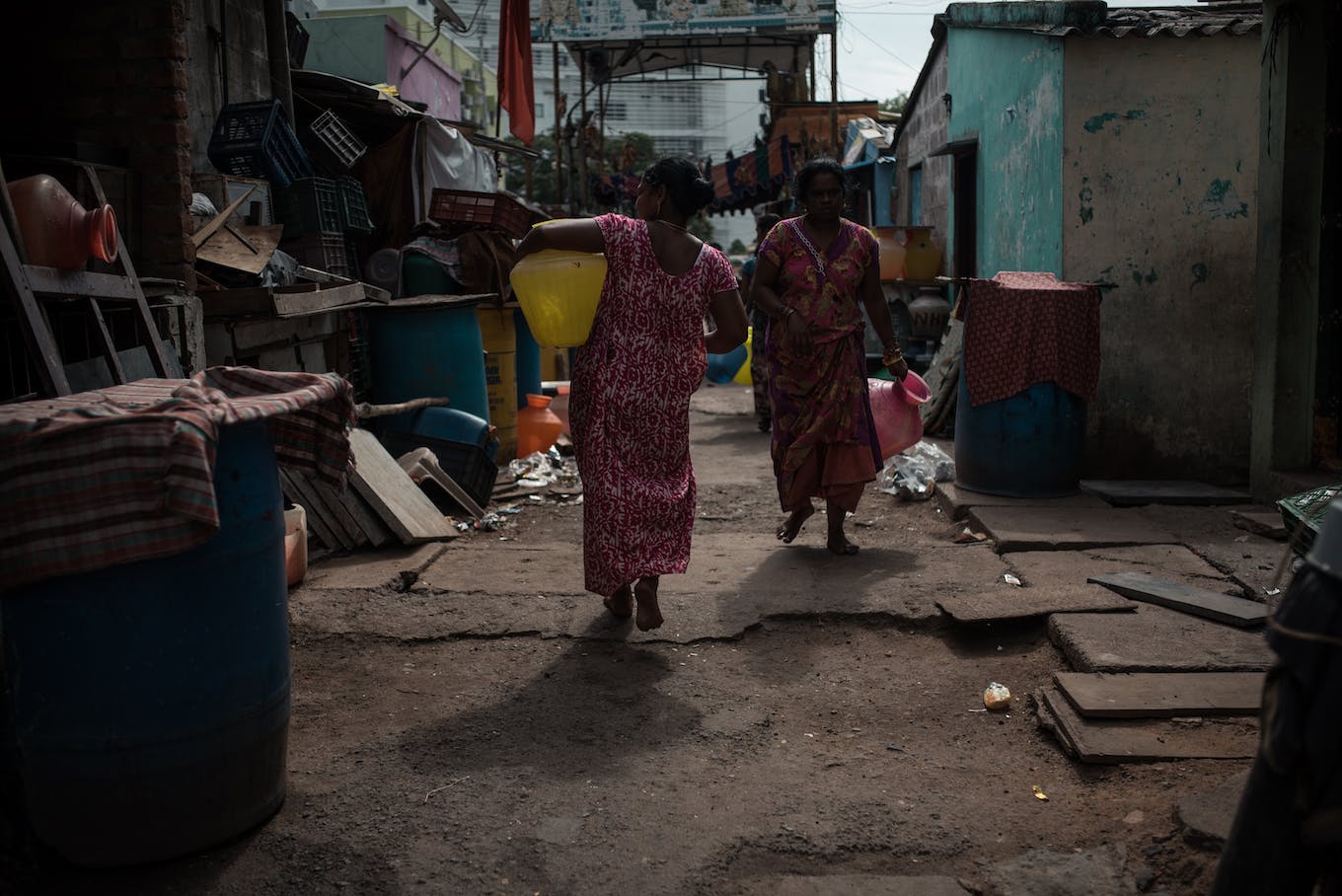 Moreover, the main strategy the government deploys to cope with the crisis—sourcing water from Chennai’s periphery to supply water-stressed city-dwellers—has worked at the expense of often impoverished farming communities dotting the region, widening the gap between urban and rural areas.

Chennai dispatches 9,000 water tankers each day to bring water to its urban population. Private companies provide another 5,000 tankers. This has caused grievances and tensions in rural areas, with families finding themselves robbed of their livelihoods as their groundwater is sucked dry to supply the city.

In other words, the government’s approach has not alleviated societal tensions in Chennai, but reinforced them, shared Peter. Even lake restoration efforts—a strategy advocated by many to restore Chennai’s ability to harvest monsoon rains—have often served to deepen existing social divisions.

Mohan said: “In many instances, informal settlements have been displaced and relocated to places far outside the city. This creates havoc in their lives because they are removed from their source of livelihood.”

Water scarcity is arguably one of the greatest challenges of our time. Niti Aayog predicted in its 2018 report that 21 Indian cities would run out of groundwater and face Day Zero by 2020. This will affect one hundred million people in cities like Delhi, Bangalore and Hyderabad. And with India set to become the world’s most populous country by 2027, challenges will only continue to grow.

But even during times of scarcity, solutions must ensure that no one is excluded, said Peter. “The government must provide for the most vulnerable because it is the role of the government to provide for all.”

A new exhibition by Eco-Business explores the link between melting ice sheets and communities in Asia. One of its defining images: The carcass of a reindeer that likely starved to death after getting its antlers entangled in a fishing net.
‘What happens in the Arctic, doesn’t stay in the Arctic’—why the north pole matters to Asia

The low-lying island-state has opened a seed bank, boosted food security and is beefing up its drainage and infrastructure. But there’s more it can do to tackle the existential threat of climate change, experts say.
As sea levels rise, can Singapore ratchet up the ambition of its climate targets?