The time has come for a new clean revolution: Noeleen Heyzer

Countries need to leapfrog outdated systems to build a cleaner economy and to achieve this, there has to be a mindset change that requires leadership from everyone, says UN Under-Secretary-General Noeleen Heyzer.

Over the years, she has become a towering figure in the region, known for crafting and implementing complex policies that promote equitable growth and reduce poverty; she is also known for her passionate advocacy for sustainable development.

A firm believer of effecting change to improve lives, Dr Heyzer says the time has come for a new clean industrial revolution. Countries need to leapfrog outdated systems to build a cleaner economy and to achieve this, there has to be a mindset change that requires leadership from everyone from companies to even the media.

There is huge opportunity within Asean (Association of Southeast Asian Nations), in particular, to pursue sustainable development policies as it heads towards regional economic integration by year end. It is helpful that
the awareness of corporate responsibility is on the rise in the region, says the National University of Singapore graduate, who also holds a Doctorate in social sciences from Cambridge University.

As the United Nations Secretary-General’s Special Adviser for Timor-Leste, she is also currently working to help the country still suffering the effects of its past civil war achieve sustainable development by supporting sustainable tourism and renewable energy projects

Three things strike me. The first was the historic climate summit convened by United Nations Secretary-General Ban Ki-moon in New York in September. It was the largest gathering of world leaders, but what was more important was the conversation and agreement to build a new global partnership to address climate change.
It was encouraging to see the commitment of business to move a significant amount of their capital from “dirty investments” to “clean investments”.

Over US$200 billion was pledged to be moved in the next 14 months. The US-China joint announcement on climate change in November was another. It is critical that the leaders of both countries have reaffirmed their cooperation on climate change to move towards an agreed outcome with legal force under the Convention at the United Nations Climate Conference in Paris 2015.

Beyond that, they announced their post-2020 actions on climate change and how to make the transition to a low-carbon economy. They talked about how to turn the climate challenge into an opportunity. This can drive innovation, and the emphasis on carbon capture and low-carbon technology. This will improve the quality of life for all.

The third big headline was the IPCC’s fifth assessment report, which talked about the new climate economy and made an economic case for taking action, as well as the cost of inaction. To turn the climate challenge into a major opportunity, business has a big role to play or there is no way we can transform the economy without transforming the way we do business.

There are a couple of themes. One is how sustainability can be integrated into business models and long term strategies of corporations. There needs to be a paradigm shift on how they spend money to how they make money. There will be stronger discussions about green growth innovation, especially in developing energy for sustainable development. 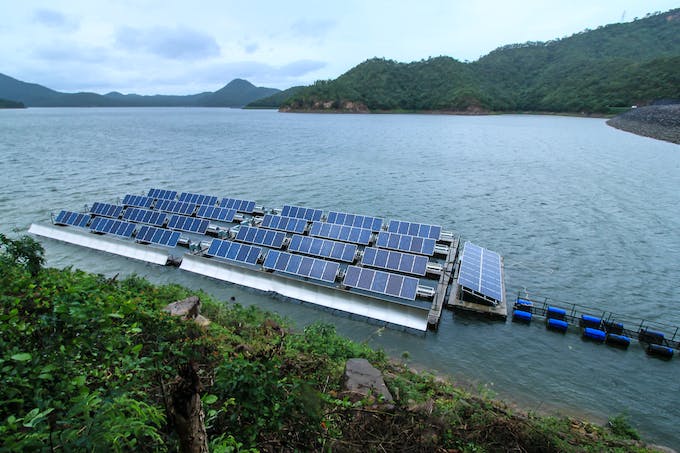 We need to think about a new clean industrial revolution – how to leapfrog outdated systems to build a more competitive and cleaner economy of the future that is low on carbon but high on poverty reduction and job generation.

To achieve this, there has to be a mindset change. The media has to play a role to encourage the change of consciousness. These companies are not operating in silos so there has to be peer pressure, a new way of doing things. It should become the new normal, and obviously the more enlightened companies who have the power of initiating change should leapfrog those at the lower end.

It can also be very inspiring for our youth – for them to contribute to the challenges of our time. The other theme is the post-2015 discussion on Sustainable Development Goals (SDGs), we’re looking at how to connect the dots. The climate challenge is not just about the environment – it’s about the economy and society, and
it’s inter-generational.

There has to be a mindset change. The media has to play a role to encourage the change of consciousness. These companies are not operating in silos so there has to be peer pressure, a new way of doing things. It should become the new normal, and obviously the more enlightened companies who have the power of initiating change should leapfrog those at the lower end.

This is a special year, as it’s the target year for the completion of the Millennium Development Goals (MDGs). Many Asian countries have achieved these but in many parts of Asia it is unfinished business – people still live in poverty and are vulnerable. Now that the SDGs are being discussed, these will be critical to guide national and global policies.

There are wide global consultations on this in order to come to a consensus on how to integrate social, economic, and environmental priorities for inclusive and sustainable development.I’m also pleased that China is now taking a major leap in the climate change agenda. It’s the second largest economy and will soon become the largest, so what happens in China will affect the rest of Asia in terms of sustainability and the quality of our air, water, and food.

This year is also important for Asean. The bloc is set to establish the Asean Economic Community – a common market meant to increase the flow of goods, labour and capital within the region – by the end of the year. The setting of norms and standards of this community will be very important – for example, if one product is banned because it’s an environmental hazard it should be applied throughout the region, and not dumped in another country.

The awareness of corporate responsibility is also growing in Asean. What happens at the UN- and international community-level will also filter down. My concern with Asean is there are three different categories of countries
– from the high income states like Singapore initiating sustainable urbanisation, then the middle-income countries and the poorer ones where applying common standards for land use, water, and air quality is still a challenge.

I think there are more positive signs this time (compared to Copenhagen in 2009, where a global deal was meant to be inked). The environment is more constructive even if there are still major hurdles. First, I’m pleased that in Lima there was a big discussion on common but differentiated responsibilities (CBDR) – the need for all states to take responsibility but also to recognise different national circumstances; this is important for developing countries. There is more agreement; people want this to happen.

A critical component is climate financing. We have the Green Climate Fund and this will be one of the core issues in the climate negotiations. Obviously there will be discussions on how to ensure there is adequate and
sustainable funding in order to do the work that’s necessary.

Renewable energy is rapidly growing in the region – it is not in a position to replace the current energy system for industry but it can make a huge difference, lighting the lives of people who still do not have access to energy,
especially in the rural areas.