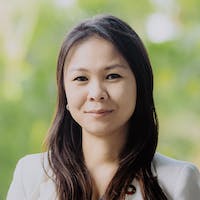 Jessica is the founder, editor and Managing Director of Eco-Business; an award-winning journalist, TV presenter, director, producer, and a social entrepreneur.

She has more than a decade of experience in media, journalism and sustainable development and is a columnist for national print and digital publications.

She is on the Board of Directors of Singapore-listed ComfortDelGro, one of the world's largest land transport companies, and is an independent and non-executive director.

She is also a member of the Singapore Institute of Directors and the International Women's Forum (IWF) Singapore, and currently chairs the Climate Action SG Alliance – an initiative supported by the Ministry of Environment and Water Resources to advocate climate action and raise public awareness on climate issues.

She is the published author of 'Forging a Greener Tomorrow: Singapore's journey from slum to eco-city'. She is also an adjunct research associate for the Centre for Liveable Cities, a Singapore think tank focussed on creating and sharing knowledge on liveable and sustainable cities.

She works on producing, presenting and directing documentaries. In 2017, she won an award which took her on the ClimateForce 2018 expedition in Antarctica in Feb-Mar 2018, where she worked on an Eco-Business documentary, From Asia to Antarctica, and a separate one for Channel NewsAsia, a Singapore-headquartered English language Asian TV News channel. She led the launch of a film and photography exhibition called Changing Course in support of climate action in 2018.

She studied at the University of Warwick and University of London's Goldsmiths College. Her passion is in advocating sustainable development and gender equality. She is frequently invited to speak at events and moderate discussions across the globe on her areas of expertise.

In March 2018, she was announced the winner of the Women of the Future Southeast Asia Awards for the media and communications category. She was also named as one of LinkedIn's Power Profiles for Singapore for 2018.