For policymakers and companies to take serious action on climate change, investors need to send a clear message sustainability is important to them, says Corporate Knights chief executive Toby Heaps.

While the 2008 global financial crisis has seriously  dented public confidence in the efficacy of markets, Toby Heaps, founder and chief executive  of Canadian investment advisory firm Corporate  Knights Capital remains unshakeable in his belief that market  forces are the most powerful mechanism for transforming the  global economy to a sustainable and low-carbon one.

These days, his sole daily preoccupation is thinking up ways  to increase investment in responsible companies. Driven by a  conviction that access to information about a company’s environmental and social performance would help investors support  ethical companies, Heaps, who is Canadian, founded Corporate  Knights in 2002 which have become known as curators of the  world’s first global corporate sustainability ranking called Global 100 Most Sustainable Corporations in the World (Global 100).

In 2011, the firm set up an investment advisory and research arm, which publishes company rankings and research reports on corporate sustainability performance on top of offering advice to companies on improving their sustainability.

Heaps, who also serves on the board of non-profit The Natural Step Canada, which develops sustainable business strategies and awareness programmes, and has previously been press secretary to American presidential hopeful Ralph Nader, is optimistic about the year ahead.

The landmark climate deal signed by the  United States and China, which will see both  nations curbing the growth of their carbon emissions, will drive governments and businesses  towards more significant action on mitigating  climate change, he says.

The launch of the Montreal Carbon Pledge in September - it commits investors who sign the pledge to measure and publicly disclose the carbon footprint of their investment portfolios every year. The initiative aims to attract pledges from institutional portfolios worth a total of US$3 trillion ahead of the 2015 UN climate conference in Paris, otherwise known as COP 21.This pledge supports the goals of the Portfolio Decarbonisation Coalition, an initiative led by the United Nations Environment Programme’s Finance Initiative and CDP, which aims to get investors to commit to decarbonising US$100 billion of investments by COP 21. 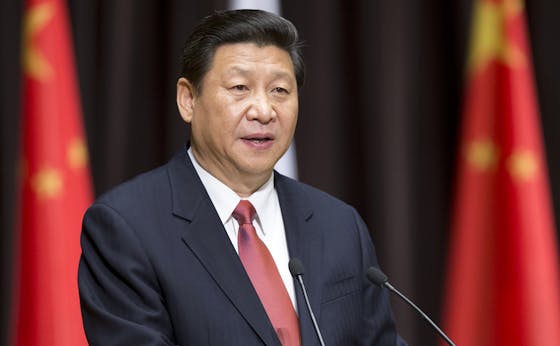 The US-China deal has also been a major step forward this year, mostly due to China’s commitment to peaking its carbon emissions by 2030. This is important because the country is likely to have the power and government drive to deliver on their its promise. And if the publicly announced deadline is 2030, the goal is likely to be met even sooner

It is also significant that the market for green bonds – which specifically fund energy efficiency, renewable energy, and clean mobility projects – grew 400 per cent in 2014, and is unlikely to slow down in the near future.

The idea of decoupling carbon emissions and consumption of natural resources from growth is a key theme for businesses not just next year, but every year for the next century. The fact that in many countries, its GDP (gross domestic product) is growing faster than their energy consumption indicates that this process is slowly taking place.

The idea of decoupling carbon emissions and consumption of natural resources from growth is a key theme for businesses not just next year, but every year for the next century. The fact that in many countries, its GDP (gross domestic product) is growing faster than their energy consumption indicates that this process is slowly taking place.

There are about 40 countries and 20 cities today that have implemented or plan to introduce a carbon price – I think we will see this grow, and not just in developed economies like Europe and California. A lot of the progress is likely to happen in emerging economies.

It is an encouraging trend that 43 per cent of the companies listed in the Standard and Poors (S&P) 500 index today link the bonuses of their chief executives to sustainability criteria. A decade ago, this would have been under five per cent. In 2015, we will see an increasing alignment of material sustainability factors with compensation for corporate leaders. This is a really powerful driving force for sustainability because people respond to what they get paid to do. I would like to see this figure increase from 43 per cent to 65 per cent this year.

There is a space race towards the low-carbon economy, and in 2015, an increasingly urbanized and capitalized Asia will make significant progress in closing the gap between low-carbon investment and deployment.

The major breakthrough that was needed for a Paris agreement has already been made. China’s commitment was the roadblock that prevented other countries from taking steps to reduce their emissions, but its recent pledge to peak emissions by 2030 has cleared the path for a successful deal in Paris. It is now easier for emerging economies like Brazil and India to promise emissions cuts, put a tax on carbon, and other measures. It remains to be seen how many countries will follow suit and take strong action on the environment.

We launched three low-carbon indices last year that highlight companies in carbon-intensive  sectors such as energy, materials, and utilities,  whose operations have a lower carbon intensity  than the rest of the sector. The three indices so far list companies in Canada, Europe, and North America. I’m excited about launching more such indices that empower sustainability-conscious investors to move money based on their values. We would like to expand our low carbon indices to Asia. These rankings will motivate companies to reduce their carbon emissions so that they can be portrayed favourably to investors, and guiding investment decisions.

I hope for Corporate Knights to play a role in channelling trillions of dollars of potential investment into low-carbon companies, as doing so sends a powerful signal to policymakers and companies that reducing their carbon emissions is serious business.