The key to zero waste: Getting organised

Northern Europe is one of the few regions to have achieved the coveted ideal of near zero-waste. Ahead of the 2016 Macao International Environmental Co-Operation Forum & Exhibition, Eco-Business speaks to Danish waste management expert Torben Kristiansen on how Asia can achieve similar success.

Every day, Danish waste management expert Torben Kristiansen sorts the waste in his Copenhagen home into six bins: glass, plastic, metal, paper, compost, and residual waste. All these waste streams are recycled except for the last group, which cannot be decomposed or reused.

Although this involves more effort than a simply throwing everything in one central bin, as is the practice in many other parts of the world, people in Scandinavia and the rest of Northern Europe have gotten used to this way of life, says Kristiansen, who is vice-president of waste and contaminated sites at Danish consulting giant COWI.

It is also the region’s secret to achieving near-zero waste. Denmark, Sweden, Austria, Belgium and Netherlands each send less than four per cent of their waste to landfills. In comparison, the average rate for the European Union (27 member states excluding Croatia) was 38 per cent in 2013, and 70 per cent in the United States.

In Asia, the statistics are even grimmer. A 2011 study by sustainability consultancy Sustainalytics shows that 85 per cent of the waste generated in China ends up at a solid waste disposal site, which are either sanitary landfills and haphazard dumpsites.

Governments may think that the key to solving their waste problems is by investing in cutting-edge technology, but this is often a flawed assumption, says Kristiansen.

“Rather, the key is to get organised,” he explains. In order to achieve an efficient and sustainable ecosystem where most waste is not landfilled but rather, recycled or incinerated for energy recovery, governments must first put in place the right mix of policies, tariffs, and enforcement measures.

Without this structure in place, even fancy, expensive technologies will fail or prove a lot less efficient than planned, says Kristiansen, who has been in the industry for 24 years.

He then joined COWI in 2008, where he heads a global team of about 100 people working on a range of waste management and soil contamination projects.

He has also helped Denmark’s Environment Protection Agency roll out an implementation plan to fulfil the European Union’s directives to tackle waste and more recently, its Circular Economy Package. This is a set of policies aimed at promoting business models which reuse natural resources and prevent waste.

Kristiansen will be sharing his expertise at the upcoming Macao International Environmental Co-Operation Forum & Exhibition, or 2016MIECF, where he will be speaking on how Northern Europe achieved near-zero waste rates.

The three-day sustainability mega-event will be held from 31 March to 2 April in Macao, the Chinese territory located in the heart of the Pearl River Delta Region. This is a key growth hub for China and one of the world’s most densely packed urban areas.

Themed ‘Green Economy - Opportunities for Waste Management‘, the event - which comprises of a conference, exhibition, and business matching activities - aims to communicate the environmental and economic benefits of investing in responsible waste management to participants, and the sharing ofbest practices and strategies. 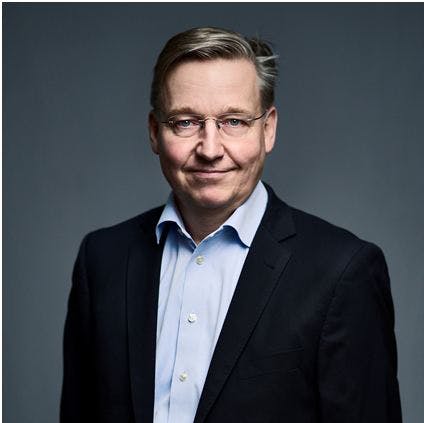 In this exclusive interview, Kristiansen speaks to Eco-Business on why good waste management is so important for the world’s emerging economies, and how Asia’s governments and businesses can emulate Scandinavia’s success in achieving near-zero waste.

What was the state of waste management like when you first entered the sector in the 1990s, and how has it changed since then?

Sadly, not much has changed in many parts of the world, especially in emerging economies. Landfill rates there are very high and worse, much of the waste isn’t even collected. It is often dumped indiscriminately in rivers and roadsides. When recycling does take place, it is usually in an informal, poorly regulated way, and in unacceptable health and hygiene conditions.

This is what I call a single-stream waste management approach.

But things are slowly changing, because there is a growing understanding among governments that they need to address problems like resource efficiency. As virgin raw materials such as copper and ferrous metals become increasingly scarce, countries have to find ways to keep resources in the loop for longer, rather than lose them to the landfill. This is the only way to maintain economic growth and opportunities.

So what should a sustainable, holistic, and effective waste management system look like? Are there any good examples of this?

A good system should integrate waste management processes with the energy and agriculture sectors of a country.

For instance, some types of waste which cannot be recycled may still be useful for energy production. The cement sector, for example, may burn waste items like tyres and some types of hazardous waste to power the cement-making process, a practice known as thermal substitution.

Many European cement kilns have thermal substitution rates of as much as 70 per cent, but in Asian countries, recovered fuels make up a very small per cent of the kiln’s power supply and they rely instead on fossil fuels. So, there are many opportunities in these countries to develop well-integrated waste and energy management systems.

A good waste management framework should also have the right balance of taxes, standards, and enforcement mechanisms to promote a recycling economy. Taxes on the use of virgin materials, for instance, could increase demand for, and the value of, recycled materials.

Many countries such as the United Kingdom, Italy, and Sweden tax the use of virgin sand and gravel in the construction industry. The extraction and processing of these resources has a very high environmental impact. At the same time, they have certification systems to help ascertain that the recycled rubble used in construction is of a high standard.

This illustrates how the right policies can create the demand for a recycling economy without compromising on product standards.

How did Northern Europe achieve its waste management success?

Northern Europe began urbanising between 100 and 150 years ago, and this led to problems such as groundwater pollution and growing landfills around our cities. It became a health and environmental issue, and a public nuisance that had to be dealt with.

In Denmark for example,the government started getting organised and helped various municipalities band together to jointly invest in waste management infrastructure. It is thanks to this that we opened the country’s first waste-to-energy facility in 1903.

The government also started putting regulations in place to ensure that those who create the problems are the ones who pay for them.

As early as 1661, Denmark introduced by-laws for waste removal and collection of waste tariffs that later were expanded with various green taxes and levies. These measures are essential for financing efforts to build a good waste management system.

Then in the 1970s, the first oil crisis caused a spike in energy prices, sparking a search for more ways to extract heat and energy from waste. Later in the 1980s, the need to mitigate climate change spurred investments in waste-to-energy technology even further.

More recently, rising resource scarcity has encouraged Denmark to ramp up its capabilities to further sort and recycle waste, and invest in bio-waste treatment technologies. Today, we send only four per cent of our waste to landfill - the rest is either recycled or used to generate energy.

Instead of fixating on technology, countries should focus on perfecting organisational details like logistics, regulations, financial mechanisms such as investments and taxes, and enforcement measures.

What is currently holding Asia and other emerging economies from achieving similar results?

There are two key misconceptions that hamper the development of a sustainable and multi-streamed waste management system in emerging economies.

First, the belief that technology is the answer to waste problems; and second, an unwillingness to pay for an advanced waste management system.

Technology is rarely the only factor responsible for poor waste management infrastructure. A linear system - where everything is focused on collecting waste and dumping it in landfills - is inherently inadequate, but fairly easy to manage.

But if countries want to progress to a multi-streamed system where waste is properly sorted and sent to different facilities for resource or energy recovery, this introduces a level of complexity that many emerging economies are not yet able to manage.

Instead of fixating on technology, countries should focus on perfecting organisational details like logistics, regulations, financial mechanisms such as investments and taxes, and enforcement measures.

For example, a multi-streamed waste system isn’t going to take off if energy or virgin raw materials are abundant and cheap. Countries have to create a market for recycled goods and clean energy to support this.

Once that is in place, it will become easier for them to choose the right technologies for each waste stream - bio-waste technology for organic waste, mechanical sorting machines for recycling facilities, and waste-to-energy technology for incinerators, for example.

The second barrier is that most people are unwilling - or sometimes, unable - to pay for advanced waste management services. This results in lower recycling rates, and “cherry picking” - where people only collect and recycle the materials it is easy and affordable to process.

But the reality is that better waste management costs money, and there has to be the political willingness to insist that residents - except perhaps the lowest income groups - and industries pay their fair share.

Governments must show citizens that they are receiving a significantly improved waste management service once they start paying for it, and also have mechanisms in place to enforce that payments are made on time.

Many of Asia’s megacities are running out of space to expand. Landfills and contaminated industrial sites are the few remaining tracts of unused land, but it is either impossible or very costly to clean up these sites. So ambitious megacities will have to address proper waste management if they want to pursue sustainable growth in the future.

Given the scale of these challenges, will we see a Northern Europe-standard waste management system in developing Asian countries any time soon?

Yes, of course. Countries like Japan and Korea already have sophisticated waste management systems in place, and in developing Asia, China is racing ahead with massive investments in multi-stream waste management infrastructure.

I estimate that out of every five waste-to-energy plants built globally, about four are built in China. Hong Kong and Shanghai are among the cities doing a lot in this area. Many Southeast Asian cities are also looking at how to diversify from sending waste to the landfill, and are investing in this sector.

While there is still work to be done when it comes to getting organised, I think in five to 10 years, many megacities in emerging Asia will be at a similar level of waste management as Denmark or well on the way to acheiving this.

Torben Kristiansen will be speaking at this year’s MIECF. To hear more from him and other experts, register for the Macao International Environmental Co-operation Forum & Exhibition (MIECF) held from 31 March to 2 April 2016 here.

With an exciting lineup of an international conference, exhibition, business matching and networking activities, MIECF offers access to opportunities from the Pan-Pearl River Delta Region of China (PPRD Region), Asia-Pacific and Portuguese-Speaking Countries and beyond. At the Green Forum, speakers will discuss latest trends and strategies on waste management at the manufacturing, hospitality, environmental and construction industries at the two-days conference, alongside a series of networking events and business matching activities during the three-days event.