Leaders of the world’s largest shipping companies who gathered at an ocean summit in France last week threw their weight behind the piloting of maritime green corridors.

The relatively new concept, likened to the creation of special economic zones at sea, allows companies to deploy and phase-in low carbon shipping technologies and business models at scale. More importantly, shipping leaders believe that by moving ahead to operationalise the new routes, it will help them side-step a critical deadlock that the industry is currently facing: whether to use liquefied natural gas (LNG) as a ‘bridge fuel’ for shipping’s decarbonisation.

In April last year, the World Bank shocked many in the sector when it published a maritime decarbonisation report recommending countries to pull back from investing further in LNG bunkering infrastructure. The financial institution later took its anti-LNG stance to the International Maritime Organisation (IMO), and argued that it sees green ammonia and green hydrogen as the more promising options to decarbonise international shipping.

In recent years, methane slips from ships fuelled by LNG have increasingly come under the spotlight of regulators. The scrutiny is undermining investments by some ship owners and attempts to make a case for the so-called “transition fuel” have not been successful.

At the One Ocean Summit that opened last Wednesday in the French port of Brest, the shipping industry’s top brass hinted at the need to move past the current conversation — to accept that “LNG is part of the solution”, while the industry continues to explore other decarbonisation options.

Christine Cabau Woehrel, executive vice president in charge of fleet assets at French-based CMA CGM, one of the world’s largest container lines, said that to reduce the energy footprint of ships at sea, the industry needs a more pragmatic approach, and “what is available now, should be the now”.

“We are entering into a very specific and concrete phase of the challenge to decarbonise maritime transport. What fuel we are using is important, but there are other aspects such as shipping architecture, port operations and logistics management that we need to urgently work on too,” she said.

“We haven’t got a magic wand, so we need to know that this is going to be a journey, and LNG is just the beginning.”

LNG-fuelled ships to be used on Los Angeles-Shanghai route

CMA CGM, along with other major industry players like Maersk and COSCO Shipping Lines, is a participating partner in a new venture between the two major ports of Los Angeles and Shanghai, to run a green shipping corridor by the end of 2022, in a bid to slash emissions from the world’s busiest transpacific cargo route.

The French carrier, which also signed a 10-year bunkering deal in China, has announced that it will be using LNG-fuelled ships on the route.

At the COP26 climate summit in Glasgow last year, more than 20 states, including the ten-member European Union, signed the Clydebank Declaration and committed to opening at least six maritime green corridors by the middle of this decade.

We haven’t got a magic wand, so we need to know that this is going to be a journey, and LNG is just the beginning.

About 90 per cent of world trade is transported by sea and ships emit around one billion tonnes of greenhouse gases every year, or 3 per cent of global emissions, according to the World Economic Forum. Industry statistics show that emissions from shipping rose a further 5 per cent last year, totalling about 833 million metric tonnes.

Johannah Christensen, chief executive of the Global Maritime Forum, said there has been an immense amount of interest in green corridors over the last four months post-COP, as industry players start recognising that ultra low-emission route maps reduce the complexity of decarbonisation efforts. The plan for green corridors focuses on a subset of stakeholders that can work together, and that already have aligned expectations on the business models and technologies to adopt, she said.

The new Los Angeles-Shanghai route, for example, will be complicated to operate. “Nonetheless, we are not working on all segments of shipping, all countries at once,” said Christensen.

The shipping corridor arrangement between the Port of Montreal and Antwerp was signed in November last year, also to achieve the same effect of turning green operations into reality.

The Global Maritime Forum, along with McKinsey & Co and Mission Possible Partnership, an alliance of climate leaders, had previously studied three corridors – the Australia-Japan iron ore route, the Asia-Europe container route, and the Korea-Japan-United States pure car carrier (PCC) corridor – and found that these initiatives have enabling effects on emissions reduction across the value chain.

The corridors would ideally be large enough to include all relevant value-chain actors, such as fuel producers, cargo owners, and regulatory authorities. “They would provide offtake certainty to fuel producers and send strong signals to vessel operators, shipyards, and engine manufacturers to ramp up investments in zero-emissions shipping – making the risks more acceptable for all investments”, said a McKinsey report published in December last year. 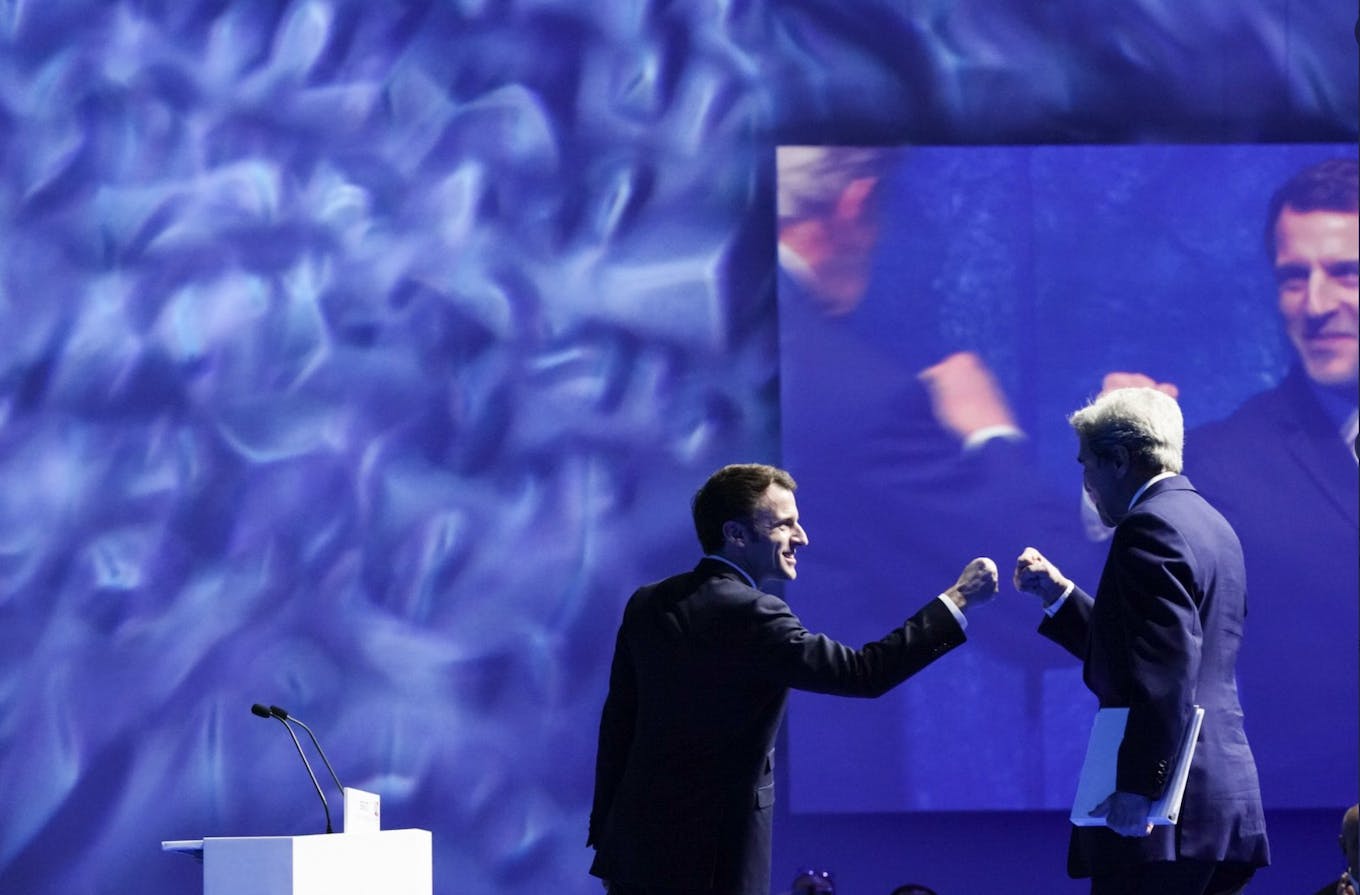 Philippos Philis, president of the European Community Shipowners Association, acknowledged that green corridors are promising, since they will allow for the testing of new technologies. There are, however, more pressing problems that the industry needs to address, before it can move ahead with decarbonisation, he said.

For example, ship builders now need to start designing and testing the necessary hardware for their fleets to not only comply with local rules, but with an IMO regulatory framework that is due next year. “We also need to reskill and upskill our employees, including those on shore and the crew on board ships. It is very difficult for us to take up biofuels without taking into consideration the safety and the technical measures needed,” he said.

“Any introduction of policies should not disrupt the trade. The regulatory fragmentation as it stands now only undermines the competitiveness of the shipping industry.”

Convened by the French president Emmanuel Macron, as a highlight of France’s six-month European Union presidency, the One Ocean Summit also focuses on issues such as marine pollution and overfishing. It is billed as the first high-level summit dedicated to the ocean and about 40 world leaders participated in the event.

Representatives of port authorities and non-governmental organisations from Asia were also in attendance.

Lynn Loo, a Malaysian-born chemical engineer who now leads the new Singapore-based Global Centre for Maritime Decarbonisation (GCMD), shared about the organisation’s plans to create a “regulatory sandbox” for pilots to test new shipping technologies. For instance, GCMD is conducting an ammonia bunkering safety study, to define safety guidelines for the industry.

Ammonia is the most efficient of the green fuels to produce right now, said Loo. The organisation is well-placed to address some of the problems in the shipping sector, given how it is strategically located in Singapore, the largest bunkering hub in the world, and has been equipped with a “war chest of funds” from its founding partners, which includes companies like Eastern Pacific Shipping, Sembcorp Marine and the DNV Foundation, she said.

“Singapore has a high population density and its port sees more than 1,000 ships a day. If the safety standards work for Singapore, chances are they will work elsewhere.”

The IMO is also working on trials to promote the wind propulsion of ships and the use of biofuels and green ammonia. Kitack Lim, IMO’s secretary-general, said that the green credentials of the shipping sector need to be enhanced, but as the industry makes the transition, developing countries that need technical assistance should not be left behind.

“The transition cuts across all aspects of shipping, from the use of fuel to safety matters, from port operations to the training of seafarers. The journey needs to be just, equitable and global, to ensure that we avoid market distortion and prevent the creation of loopholes, which will defeat our ultimate aim,” he said.