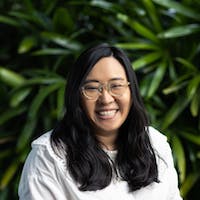 Wai Mun is a correspondent at Eco-Business. She has nearly a decade of experience in media and is highly proficient in both English and Chinese writing.

Formerly a political correspondent at Lianhe Zaobao, Singapore’s flagship Chinese daily, Wai Mun is widely recognised as one of the skilled reporters of her generation, having covered international summits and multiple election campaigns. She was a regular commentator on civil society, local politics, as well as environmental and social issues. She has received accolades for her work in multimedia content production and longer form writing. She was trained in media writing and photojournalism at Wee Kim Wee School of Communication and Information, Nanyang Technological University.

Outside of work, Wai Mun is an active community organiser and volunteer with Accessible Ubin and Lions Befrienders. The former is a ground-up initiative to make Pulau Ubin, Singapore’s rustic island, more inclusive and accessible for elderly and wheelchair users, and the latter is focused on providing befriending services for seniors in the community. Wai Mun loves nature and birds, words and moving pictures, and is known to have an appetite for devouring gigantic books in single sittings. She is trying to pick up Russian as a third language because she likes the sound of it.

In pictures: Typhoon Rai's deadly path through the Philippines

In pictures: Typhoon Rai's deadly path through the Philippines