“It’s ok to eat fish, because they don’t have any feelings,” wailed the late Kurt Cobain in his mournful ballad Something in the way in the early nineties. There are numerous interpretations of this lyric, but it is increasingly believed that the Nirvana lead singer — who was a vegetarian later in life — was being ironic, using the exploitative way that ocean life is harvested to reflect his own tragic vulnerability.

Thirty years on, enough is understood about the inner lives of fish to suggest that while they may not feel the same sort of angst as Cobain before he took his own life, they experience pain and suffering in a different way — so how they are caught, farmed, contained, and slaughtered needs to change, animal welfare advocates argue.

In a fairly typical seafood restaurant in Asia, you are met with rows of glass tanks filled with large fish, usually tilapia, sea bass or catfish competing for space in vessels that are otherwise devoid of stimulation. Sitting under the glare of neon strip lights, the fish await their fate from the gawking humans tapping the glass sides. Traditionally perceived as dead-eyed and unfeeling, fish are rarely spared a thought before they become dinner.

Experiments over the past 15 years have shown that while fish have relatively simple nervous systems, they can detect potential harm, such as high temperatures, intense pressure, and pollutive chemicals, and can produce the same opioids to combat pain as mammals. Beyond the instinctive senses of pain and fear, there is also evidence in some species of long-term memory, social bonding, learned traditions, tool use, and even cooperation between species.

It is not a sustainable alternative to replace beef with fish. 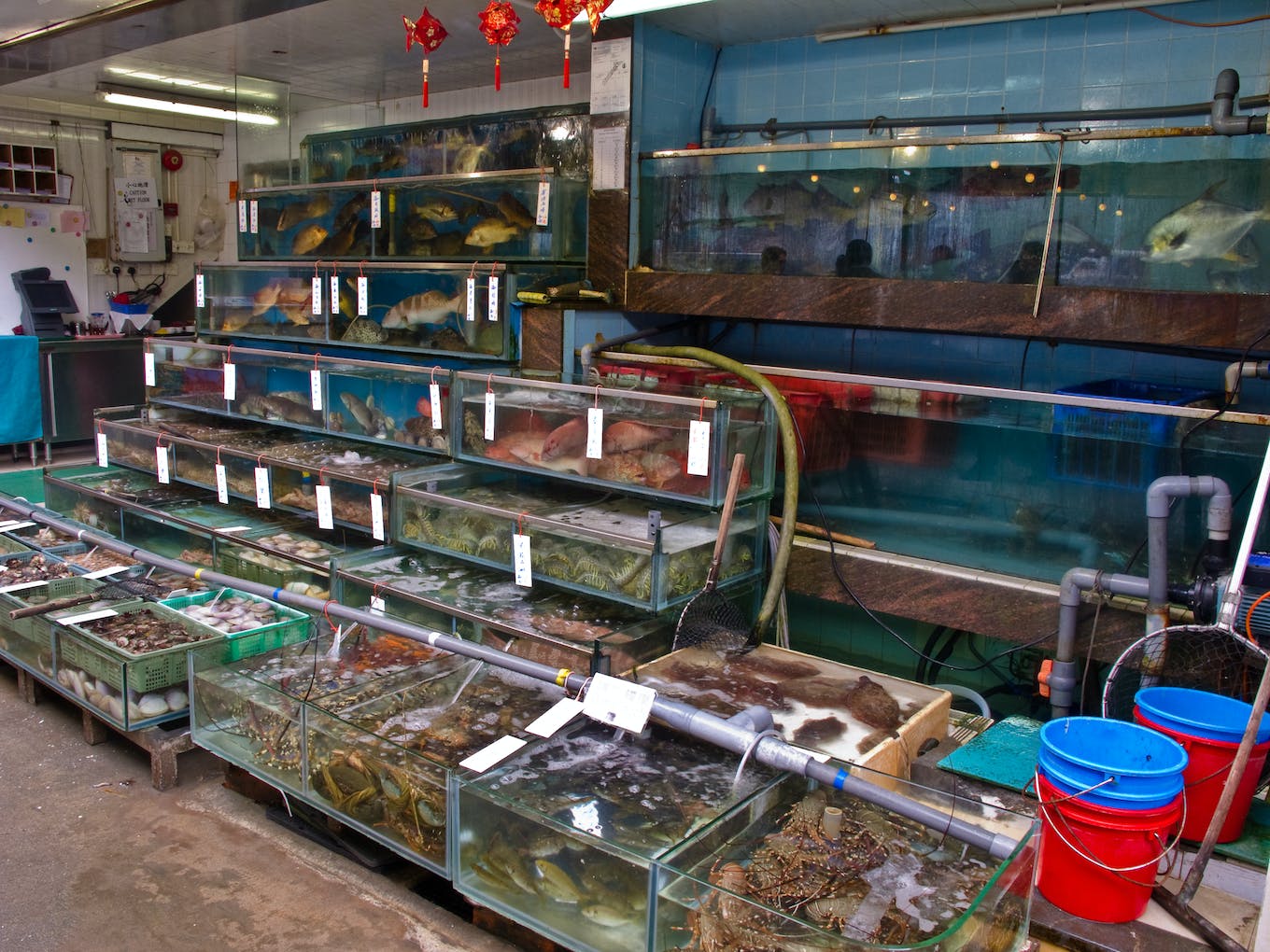 But while the lives of other farmed animals such as cows, pigs, sheep, chicken and turkeys have improved somewhat in recent years as the cruelty of factory farming comes under scrutiny from regulators and consumers, fish husbandry has been let off the hook. More fishes are killed for food than any other animal — 100 billion aquatic animals are farmed annually — and they are also the most commonly kept pet. But there are few laws to protect them.

In Singapore, there are licensing conditions for owning certain animals as pets, but anyone can buy and keep a fish, said Anbarasi Boopal, co-chief executive of animal welfare group Animal Concerns Research & Education Society (ACRES), noting that the city-state’s waterways are well stocked with abandoned exotic species. However recently, Singapore has started to review regulations for how live aquatic animals are treated in wet markets, a move that may have been prompted by the Covid-19 pandemic, which likely originated in a seafood market in Wuhan, China.

Naomi Clark-Shen, a PhD student in marine sciences, says fish are among the most poorly treated animals, because they slip through most animal welfare legislation. “People and organisations talk about improving ‘sustainability’ for fishes [focusing on the environmental impact of seafood production], but very rarely welfare,” she told Eco-Business.

An estimated 2.7 trillion fish are caught from the wild every year, and the methods of slaughter are barely considered. Fishing gear such as longlines, gillnets and trawls can stay out at sea for many hours, meaning that once caught, fishes endure prolonged suffering — fear, stress, fatigue, inability to escape predators, and pain from the hook itself. Trawling can cause crushing under the weight of other fishes. When pulled onboard, any animals still alive often slowly suffocate.

Farmed fish are often kept in crammed, barren enclosures with poor water quality. Little is done to ensure they can express natural behaviours, such as escape aggressive individuals, find shelter, and fulfil their natural instincts to hunt or migrate. This has profound effects on fish psychology: a study on the brain chemistry and behaviour of farmed salmon found similarities with depressed mammals.

“We must remember that like humans, animals have evolved to behave and think in certain ways. So when they cannot behave as their bodies desire, there will be negative consequences – just like humans in a prison,” said Clark-Shen.

But there is little evidence that people really care about fish welfare in Asia where nearly 90 per cent of the world’s aquatic animals are farmed. “Because ‘sustainability’ has been the buzzword around fishes in Asia, I don’t think many consumers stop to think about welfare at all. So far, there has been very little communication and campaigning in this area which is why I don’t think it has caught on,” Clark-Shen said. 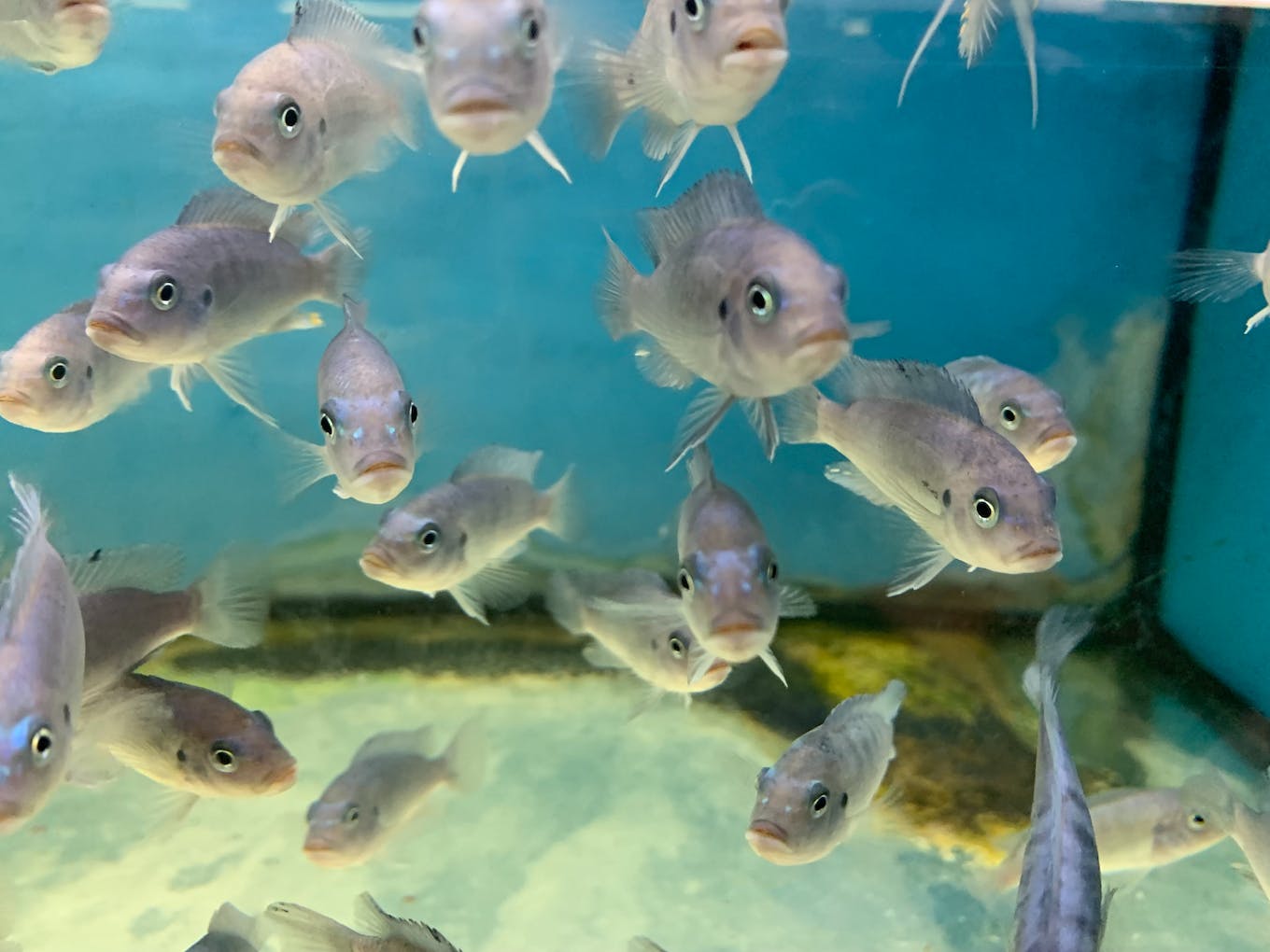 Fishes gather together in a tank with no enrichment at Qian Hu Fish Farm in Singapore. Image: Robin Hicks/Eco-Business

Growing awareness of the material risks of poor fish welfare could instigate change among farmers and producers. High mortality rates in aquaculture and the use of wild-caught fish in feed could affect returns and cause reputational damage to an industry expected to be worth US$376 billion by 2025, according to a report by non-governmental organisations including Changing Markets Foundation, published in July.

Using wild-caught fish to feed farmed fish flies in the face of the fish industry’s claims that aquaculture helps to protect global food security and relieves pressure on wild fish stocks, the report noted. In reality, industrial aquaculture removes high-quality protein from the food chain in developing countries with high levels of food insecurity, and transfers the nutrients to more affluent markets, it said.

Better standards of fish welfare and health can make a difference of 20 per cent to the market value of a producer company, the report titled Investing in troubled waters finds. However, none of the major investors in fish production, which include BlackRock, Vanguard and APG Asset Management, have robust policies in place that require the reduction of farmed fish mortality rates.

Stress in fish can be reduced by giving them appropriate space and conditions. Anxious, crowded and uncomfortable animals are more likely to express pathogens in unhygienic environments and succumb to disease. “Diverse species have diverse needs, this is a more complex and challenging area needing more work and welfare regulations”, said Boopal.

Animal welfare groups have started to push for better lives for fish. In December last year, a campaign by groups including Aquatic Life Institute (ALI) launched to incorporate welfare standards into sustainable seafood labelling schemes. The institute published a guide to wild and farmed fish welfare and lobbying by ALI led to a revision of standards on fish husbandry, held by GlobalGAP, a certification body for good agricultural practices.

Christine Xu, ALI’s head of strategic initiatives, said she particularly welcomed the addition of a category on environmental enrichment, which could have a major impact on the psychological and behavioural welfare of aquatic animals. “Although GlobalGAP covers just 1 per cent of the global seafood market, this means two billion individual aquatic animals’ lives have improved,” she said.

The World Benchmarking Alliance, which measures the impact of businesses in working towards the United Nations Sustainable Development Goals, includes aquatic animals alongside terrestrial farm animals in its Food and Agriculture Benchmark, noted Xu. “In general, the language in all levels of society when talking about factory farming still does not include aquatic animals — this needs to change.”

ALI is lobbying the United Nations’ Food and Agriculture Organisation and other major food standards entities to change the language they use to talk about aquatic animals, and wants them to start using numbers of individual fish rather than tonnage to inform trade quantities. Using weight rather than population number implies that they exist as stock to be harvested rather than as individuals.

ALI is also pushing for aquatic animal welfare to be considered among the Sustainable Development Goals, joining other animal welfare groups such as Beyond Cruelty in their calls for the creation of an 18th SDG on animal exploitation. 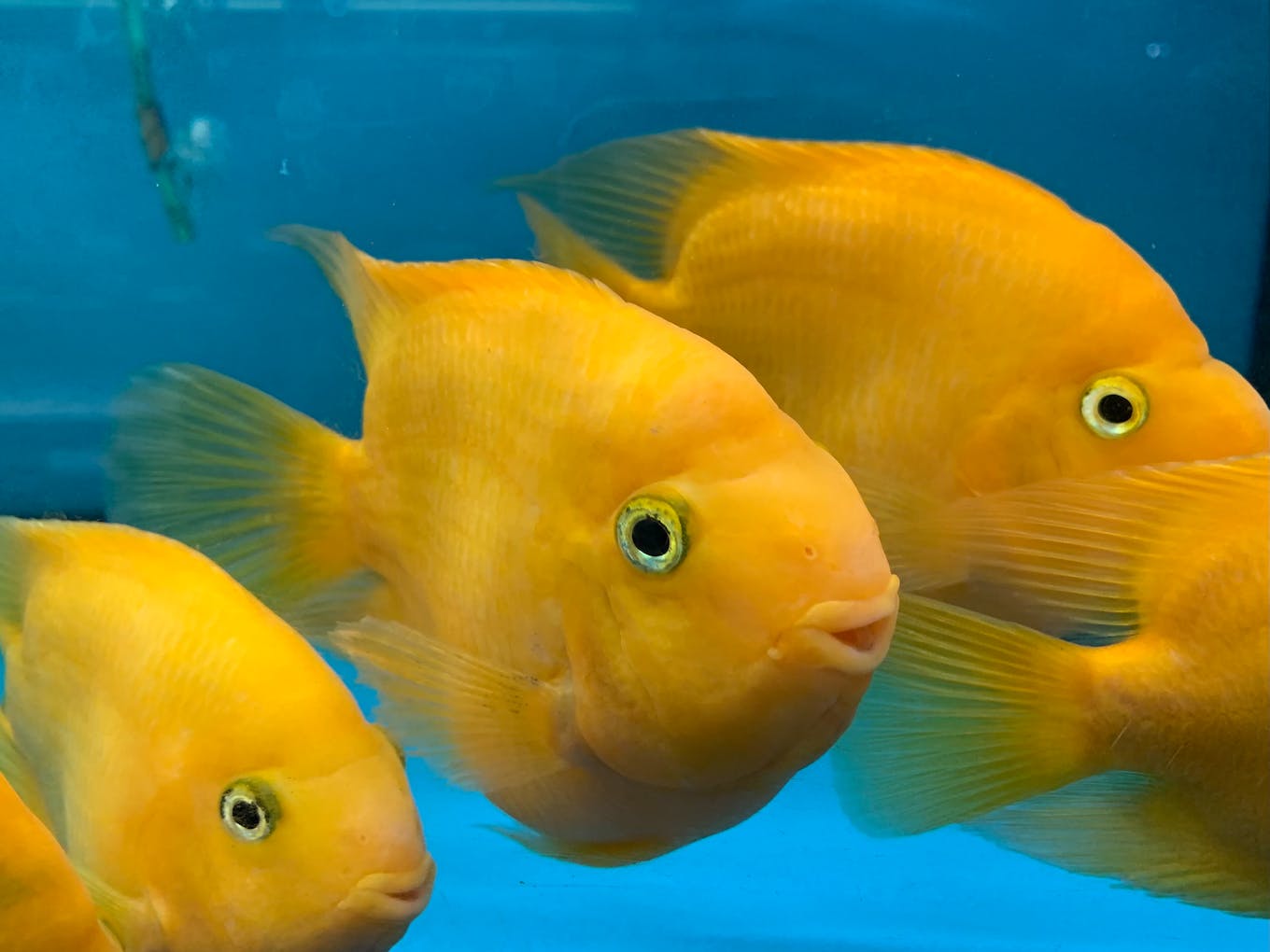 Documentaries such as Seaspiracy have helped to raise awareness of the plight of the aquatic ecosystems over the past year, and have challenged the dubious notion of ‘sustainable’ fish products aimed at more discerning consumers. But Xu said that public awareness of fish sentience and the ills of aquaculture are still playing catch-up.

“Hopefully with this new momentum around fish welfare, consumers will become more conscientious in their purchasing decisions by eating less fish and demand that food labels include welfare considerations,” said Xu. “They should also realise that it is not a sustainable alternative to replace their beef with fish.”

Eco-Business talks to 'Aulani Wilhelm of Conservation International about why a plan to protect the ocean is critical, and why it might just work.
Protecting 30 per cent of the ocean by 2030: Mission impossible?