A rent-and-return system for food and drink takeaways that aims to eliminate single-use plastic has faced an uncertain future as retailers closed and fear spread that reusables could spread Covid-19. But Muuse chief operating officer Jonathan Tostevin believes the tipping point for reuse schemes is only a few years away.

The year 2020, which saw cafes, malls and offices close due to Covid-19 pandemic lockdowns, was “not ideal” for reusable takeaway container schemes.

Not only that, some retailers such as coffee chain Starbucks and bubble tea brand Koi withdrew bring-your-own-container schemes, claiming there was a risk that reusable cups could spread the virus. That risk has since been disproven by a study backed more than 100 scientists, but doubt has lingered in the minds of retailers that dare not serve their customers with anything but single-use plastic.

The pandemic has proven to be a setback for reusable container rental platform Muuse, said its chief operating officer Jonathan Tostevin.

Muuse, which was started by former renewable energy developer Brian Reilly in 2018, was known as Revolv until a name clash forced the change to Muuse, which is a play on the words “multiple use”. After debuting in Bali, it has since launched in Hong Kong, Singapore, San Fransisco, and Jakarta, with a trial in Toronto in the works. Tostevin believes that the circular economy for food and drink takeaway and delivery containers is closer than we might think, and the tipping point for city-wide reuse schemes is just a few years away.

In this interview with Eco-Business, Tostevin, who was a finalist of The Liveability Challenge sustainable innovation competition in 2019, talks about how the startup has survived Covid, what needs to happen for reuse schemes to scale, and the sustainability innovations that inspire him.

How has the Covid-19 pandemic affected your plans for Muuse?

It certainly wasn’t ideal! We launched in Singapore in January 2020, and the first Covid-19 infections in Singapore were recorded at the end of January. Restrictions came in March. We had just started to gain momentum, but that fell away completely.

Some establishments including Shake Farm, the Grand Hyatt and Heybo used our reusable container delivery offering through our website, and that helped us to survive through this period. Some food and beverage retailers were running low on packaging, and we helped them out with our offering.

In which markets has the Muuse model taken off fastest? 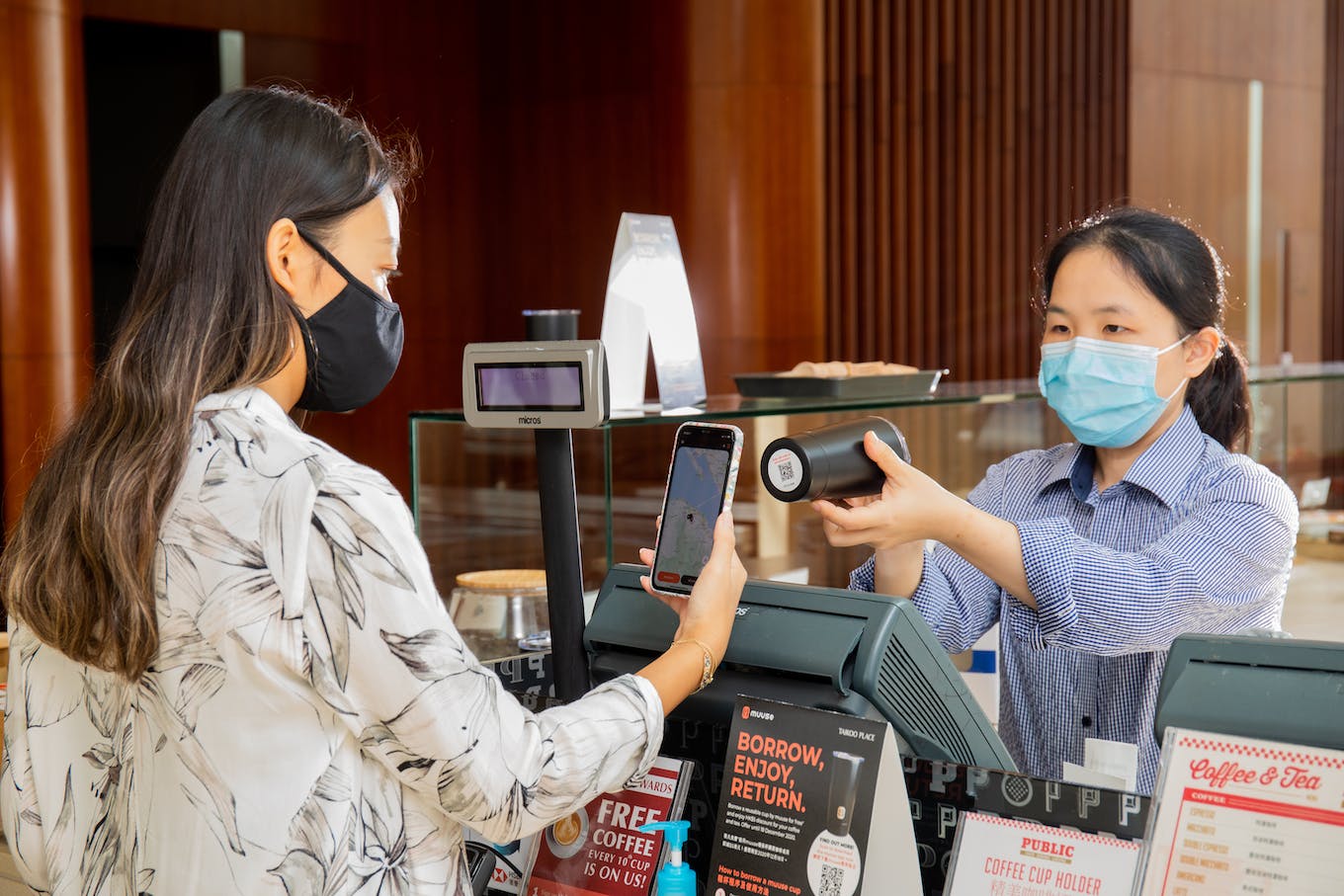 The Muuse borrow and return model in use in Hong Kong. A QR code on the bottom of the cup helps Muuse track the cups. Image: Muuse

That’s difficult to properly assess because of the difficulties of the last year, although we’ve been relatively lucky, in that two of the markets we’re in — Singapore and Hong Kong — have not been hit that hard by Covid, and have managed to maintain a degree of normality.

We ran a successful pilot in San Francisco in February last year, just before the outbreak struck. It’s a tough time for the food and beverage market, as all the restaurants are shut. North America has a lot of promise for reusables, but it’s in a tough spot right now.

The food delivery launch with GrabFood and Food Panda in Singapore has been interesting. The waste problem is a lot more visceral and real when food is delivered to your door. You can see for yourself the waste created. Items are being double bagged to stop spillage. Muuse really served a user need [users could ask for their food to be delivered in Muuse containers, which they dropped off at participating retailers after use].

Also, we saved the equivalent of 2,000 single-use cups in our pilot in Taikoo Place in Hong Kong [users could order a coffee in a Muuse cup, and deposit the cups within 14 days in Muuse bins located around the premises].

How do you work out which are the right markets to enter?

We’re looking for an interest in sustainability among a significant part of the population in the markets we enter, and for the right partners who want to introduce our reuse model. Also, a government that wants to take action on single-use plastic to raise awareness and help offset the cost of the ecosystem.

What are the local differences you’ve had to tweak the platform for?

Users get a different message when they open the app in Hong Kong and Singapore, and there’s a different currency. And with the office system in Hong Kong, there are return bins for users to deposit the used cups in, whereas in Singapore the containers are washed on-site.

We’ve also seen a difference in the level of interest. Swire Properties [which runs Taikoo Place in Hong Kong] has been very keen to push the reusable system, and we’re keen to do something similar in Singapore.

What do you need to happen for Muuse to achieve scale faster?

We need more partners on board, so that Muuse is available to more people, and we need more users to drive momentum. We need more investment to keep the platform running, and partnerships with large corporations and governments to showcase the platform and to improve it.

To what extent is the system abused, with customers not returning the containers after they’ve used them?

It always surprises me how well people tend to follow the rules [by returning used containers], particularly when they interact face-to-face with the vendor. Where Muuse is deployed in offices, where our cups are used at the point of sale, the return rate of containers is pretty much 100 per cent. But when the system is used for food deliveries it is a bigger challenge [as users must take the containers to drop-off points after they’ve used them]. 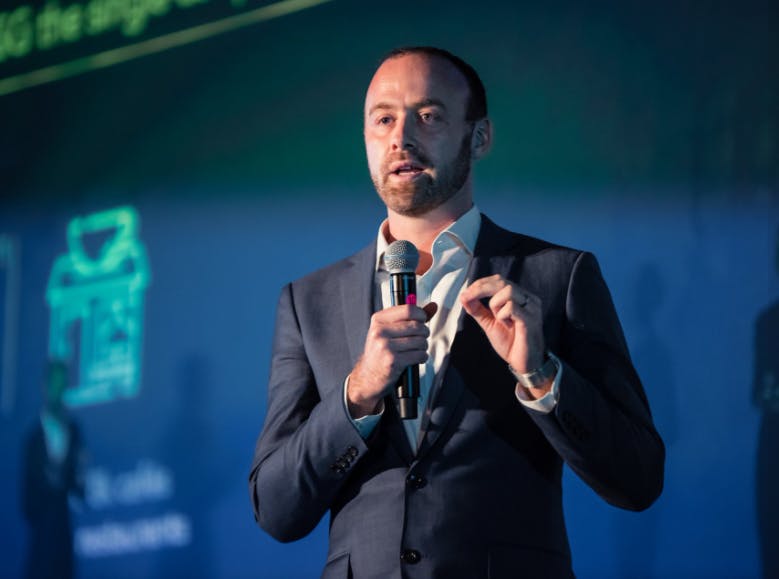 If you could start your venture again, what would you do differently?

We were looking at RFID [radio frequency identification] technology early on for our accountability system. That could offer a seamless experience, but it was harder to get going with quickly — it required RFID in every cafe and chips in every product, and was expensive. So we switched to QR codes. Maybe we could have done that earlier.

Where do you see Muuse in five years?

By 2026, we hope reusables will be everywhere, and people will have a completely seamless user experience for takeaway food and drinks, and be able to drop containers off as easily as they’d dispose of single-use items.

We’re also thinking beyond food and drink to cosmetics. We hope the infrastructure will be in place city-wide for tracking containers as they’re used and returned, with accountability built in to the system. It may not always be Muuse products in use; other brands could be using Muuse’s technology.

Which other emerging sustainability innovations inspire you?

Watching the growth of lab-grown meat and vegan food has been interesting. Quorn [the 36 year-old European meat substitute brand] would kill me for saying this, but it was a very limited market only two to three years ago. Now it’s reached a tipping point and is going mainstream. We’re heading towards that point too. We’ll probably reach it in another year or two. It’s often hard to see the tipping point coming — then suddenly a concept goes crazy.

What advice do you have for the sustainability entrepreneurs of the future?

The sustainability market is still quite small. But it’s growing quickly. We’re seeing more and more mainstream businesses and investors show they care about sustainability, and not just in terms of doing CSR [corporate social responsibility] or writing sustainability reports. There will be a lot of opportunities coming on the horizon. So get started now. Don’t wait.