Can haute couture be zero waste?

Green doesn’t have to mean grungy, as sustainable fashion activists set out to prove with a zero waste fashion show in Singapore last weekend. 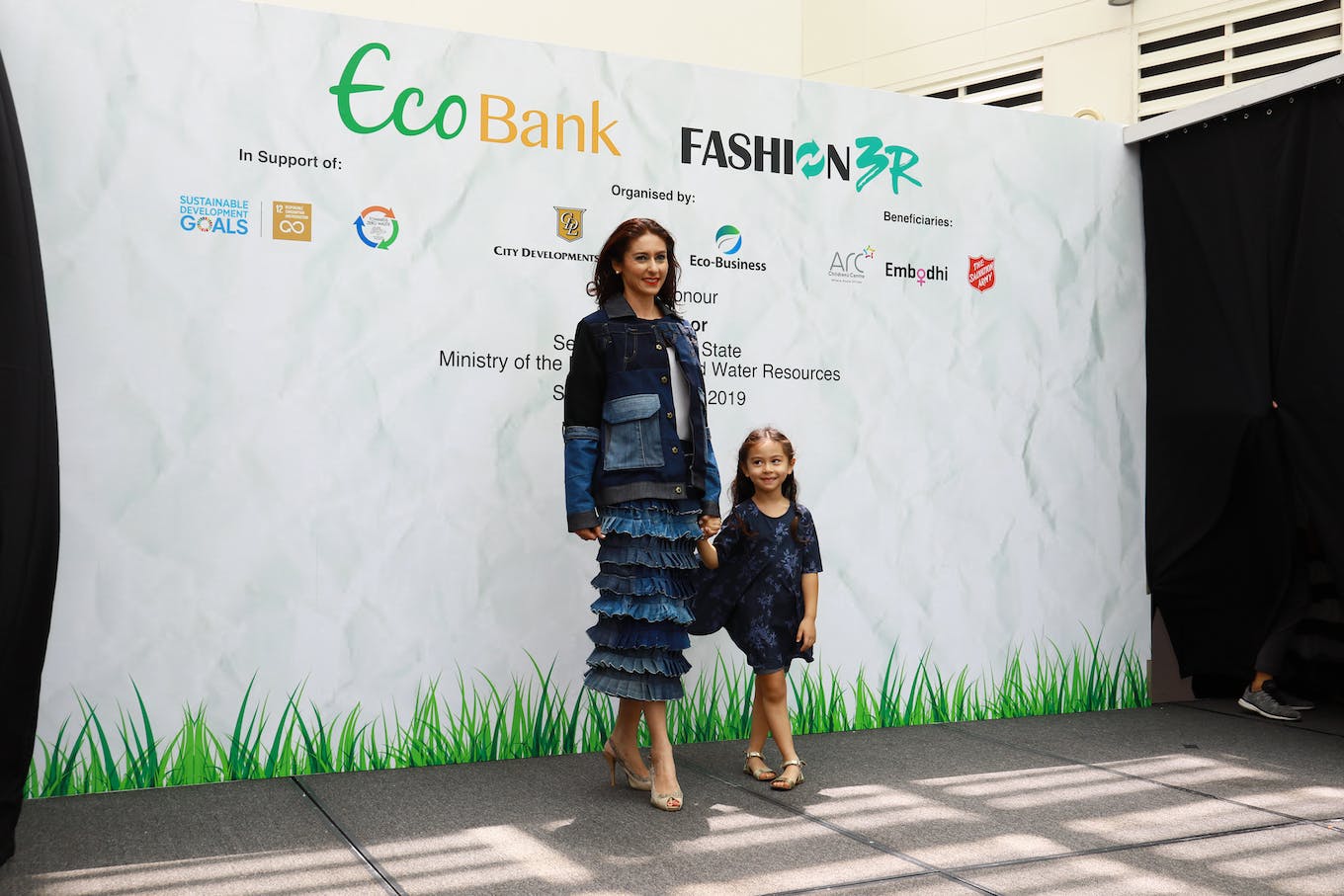 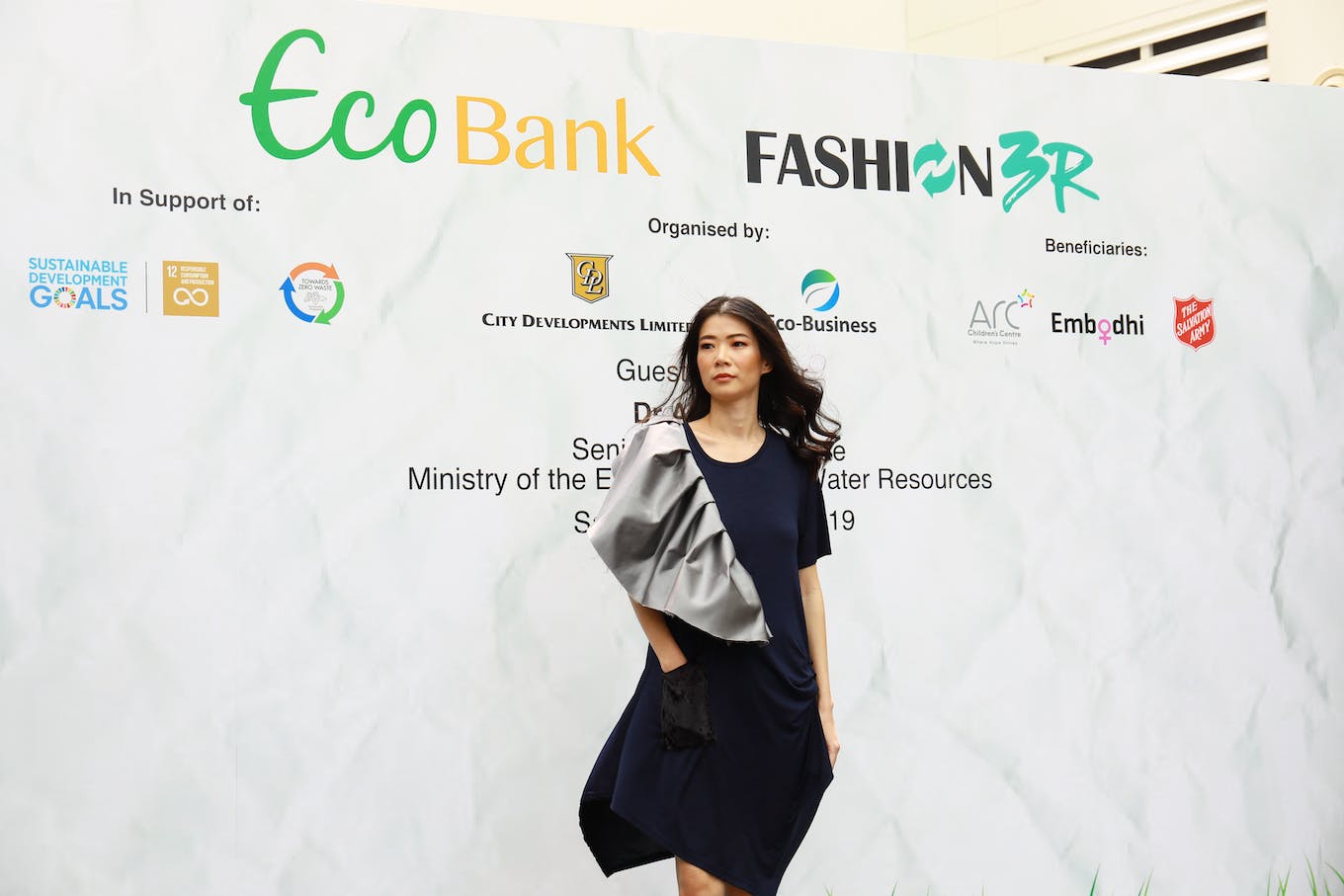 The fashionable outfits were designed by Raye Padit from The Fashion Pulpit, a non-profit that champions sustainable fashion, using garments donated by the public. 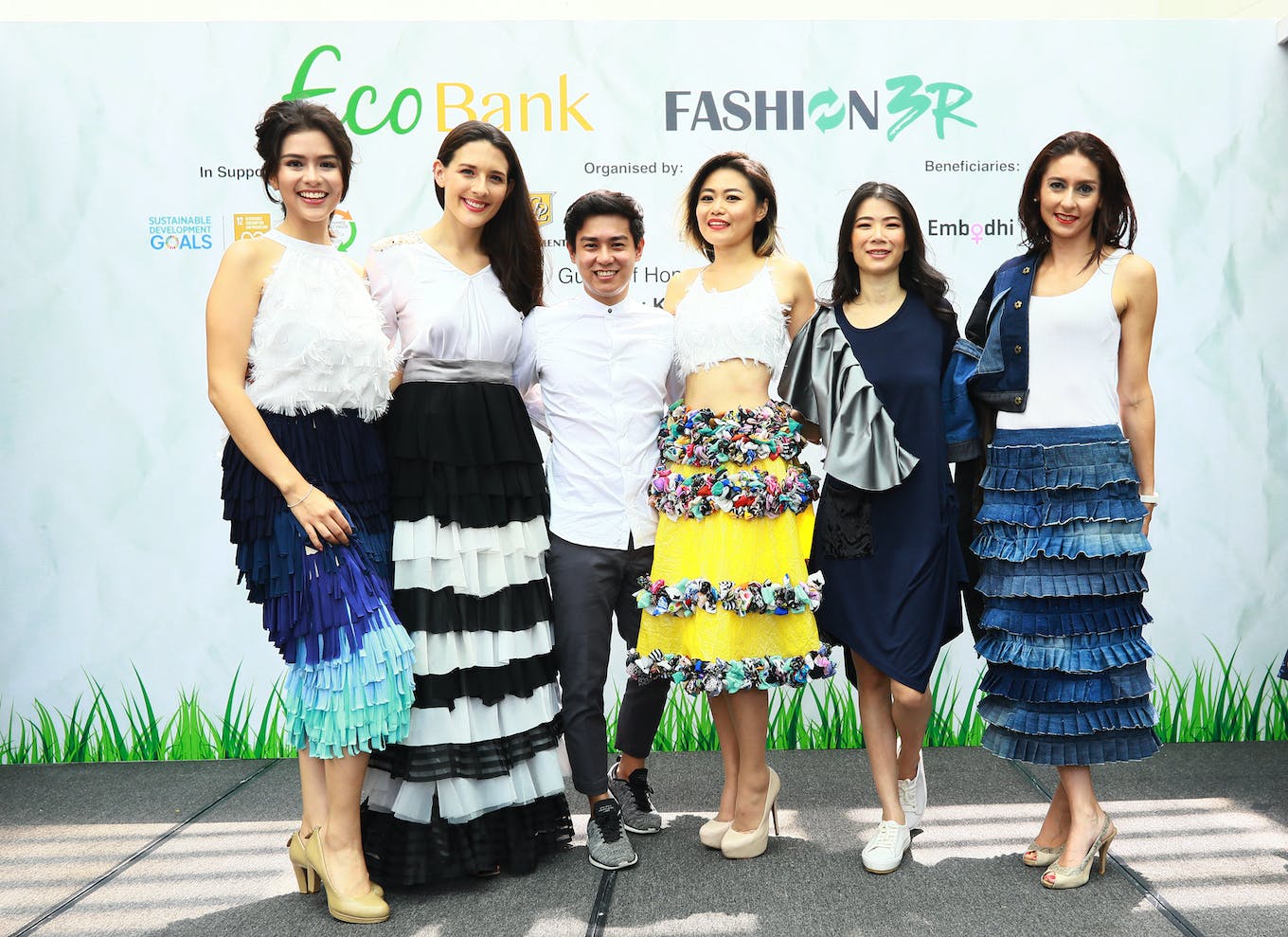 The fashion show was part of the launch ceremony for this year’s EcoBank, an annual zero waste initiative that collects unwanted clothes, toys, books and accessories and sells them to raise funds for charity.

Dr Amy Khor, Senior Minister of State for the Ministry of the Environment and Water Resources, said at the opening ceremony: “[EcoBank and Fashion3R] remind us to be responsible consumers, to recycle our possessions to prolong their useful lifespan, and to embrace preloved items as a fashionable choice.” 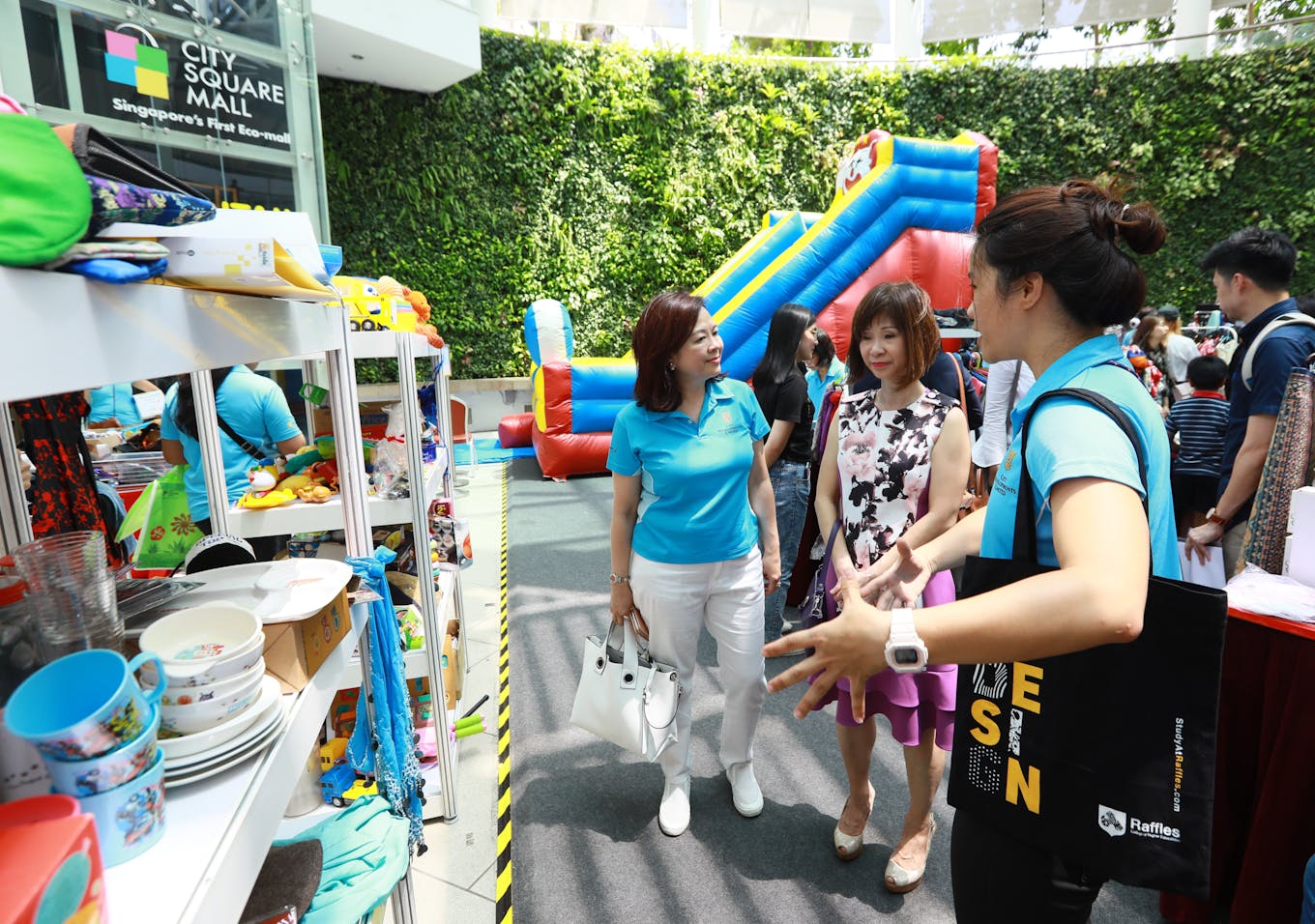 Organised by City Developments Limited (CDL) and Eco-Business, EcoBank ran a collection drive between 8 January and 1 February at seven CDL buildings in Singapore and accumulated 18.5 tonnes of goods.

Clothing accounted for 48 per cent of all items, pointing to the need for more environmentally friendly ways of managing textile waste. Toys accounted for 15.4 per cent and books 14.7 per cent by weight.

Over 800 volunteers spent 3,000 hours sorting and curating goods to be sold. 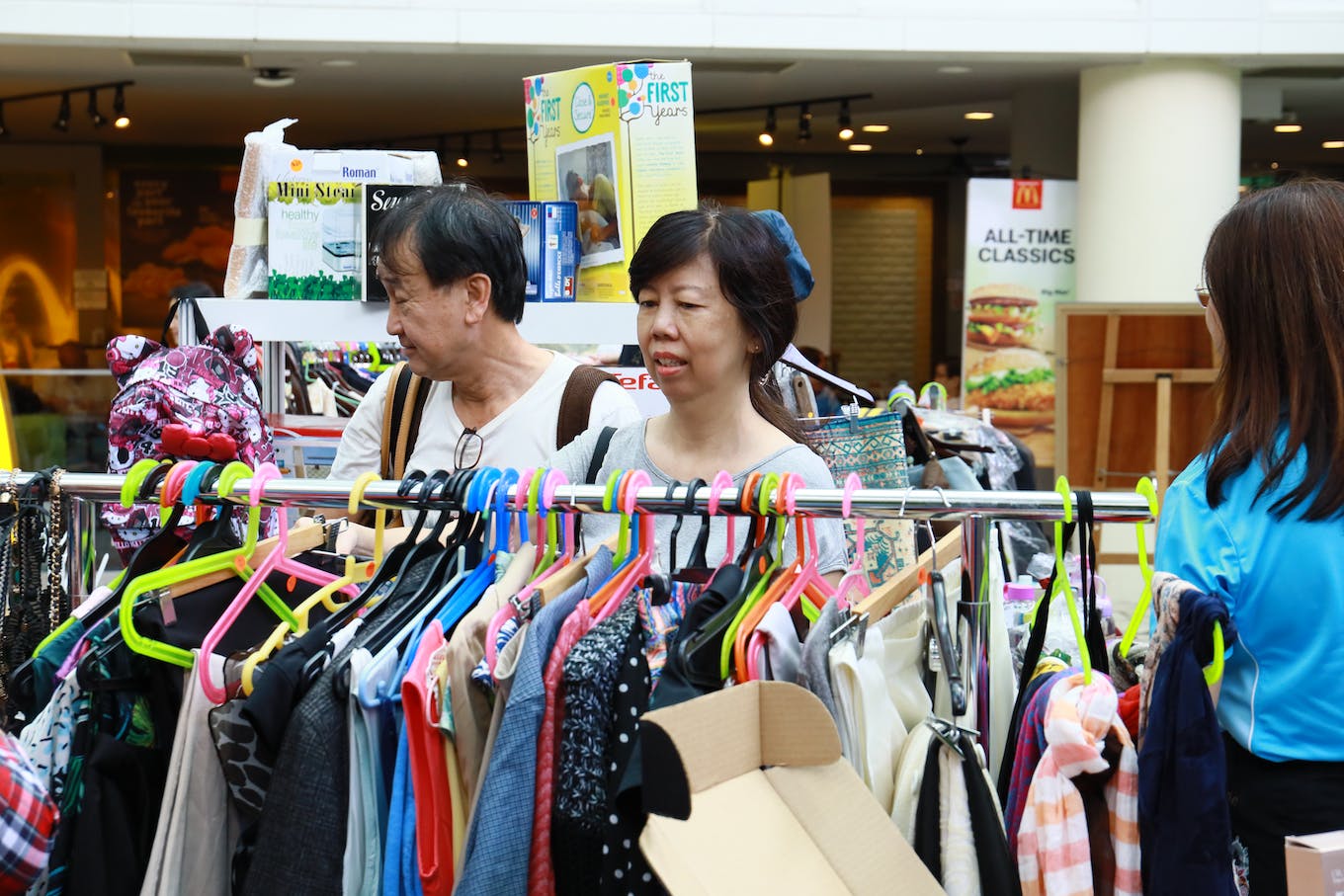 The EcoBank Bazaar started on Friday 1 March and ended on Sunday 3 March.

Esther An, chief sustainability officer of CDL, said in a statement: “In the Year Towards Zero Waste for Singapore, our initiatives such as EcoBank and Fashion 3R bring the people, public and private sectors together to break the typical ‘consume and dispose’ cycle and provide an avenue for climate action.”

The amount of waste generated by Singapore has increased by 50 per cent between 2006 and 2016. At the same rate of increase, Singapore’s only landfill on Pulau Semakau will run out of room by 2035, posing a waste management challenge for the island-nation. 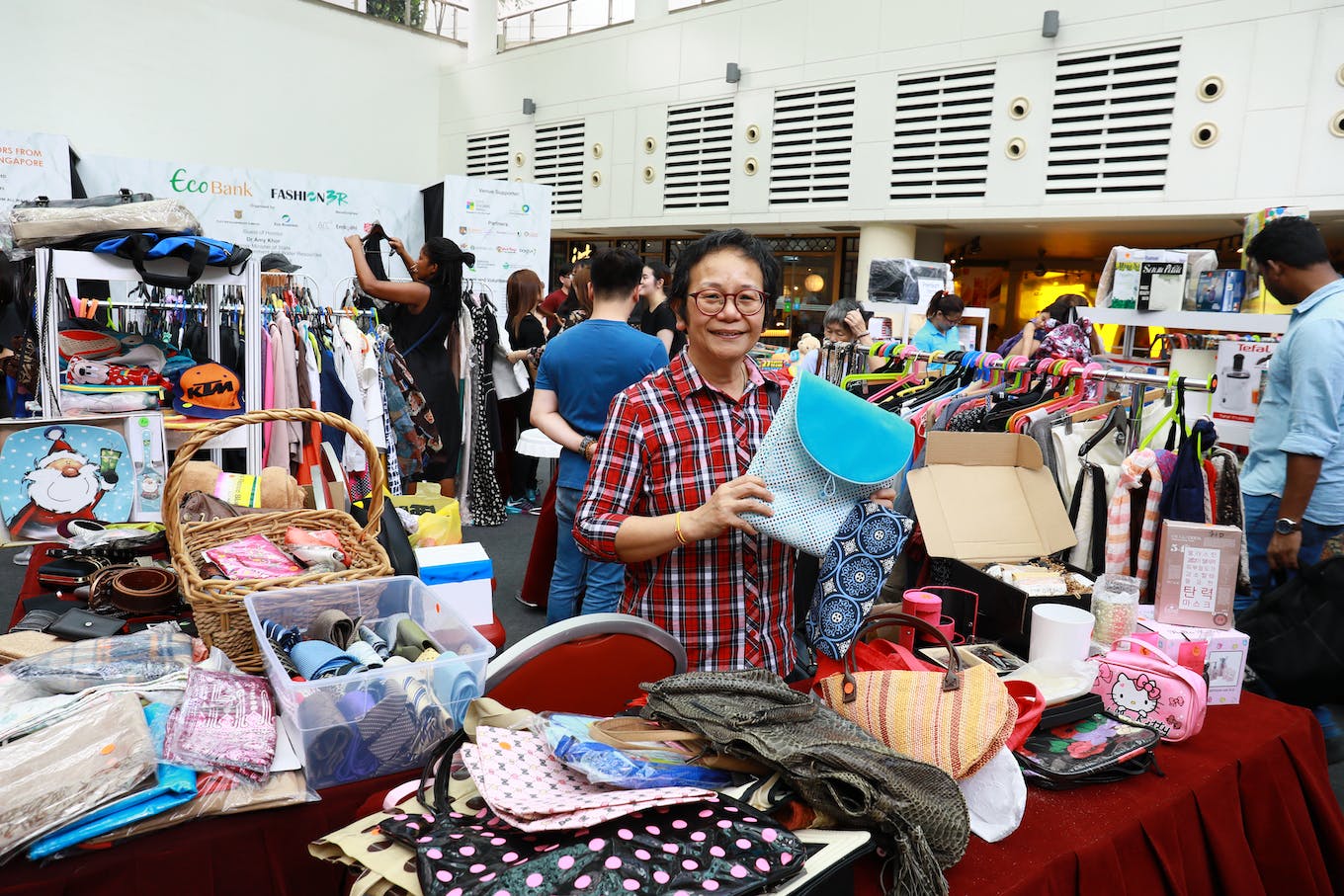 A volunteer holds up a bag for sale at the EcoBank Bazaar 2019. Some 18 tonnes of preloved clothing, toys, books and accessories were collected during the month-long collection drive in 2019. Image: City Developments Limited

By rescuing these items that would otherwise have been incinerated, EcoBank has prevented the release of about 9,300kg in greenhouse gas emissions, according to calculations by Turnkey Group.

The goods were sold at the annual EcoBank Bazaar at City Square Mall, alongside a host of fringe activities including a zero waste bootcamp for youth by social enterprise Secondsguru, and booths to raise awareness among shoppers about the impact of microfibres from clothing on the ocean and alternatives ways to consume clothing. Students from Raffles College of Higher Education put together an exhibit showing how to wear preloved clothing in a stylish way. 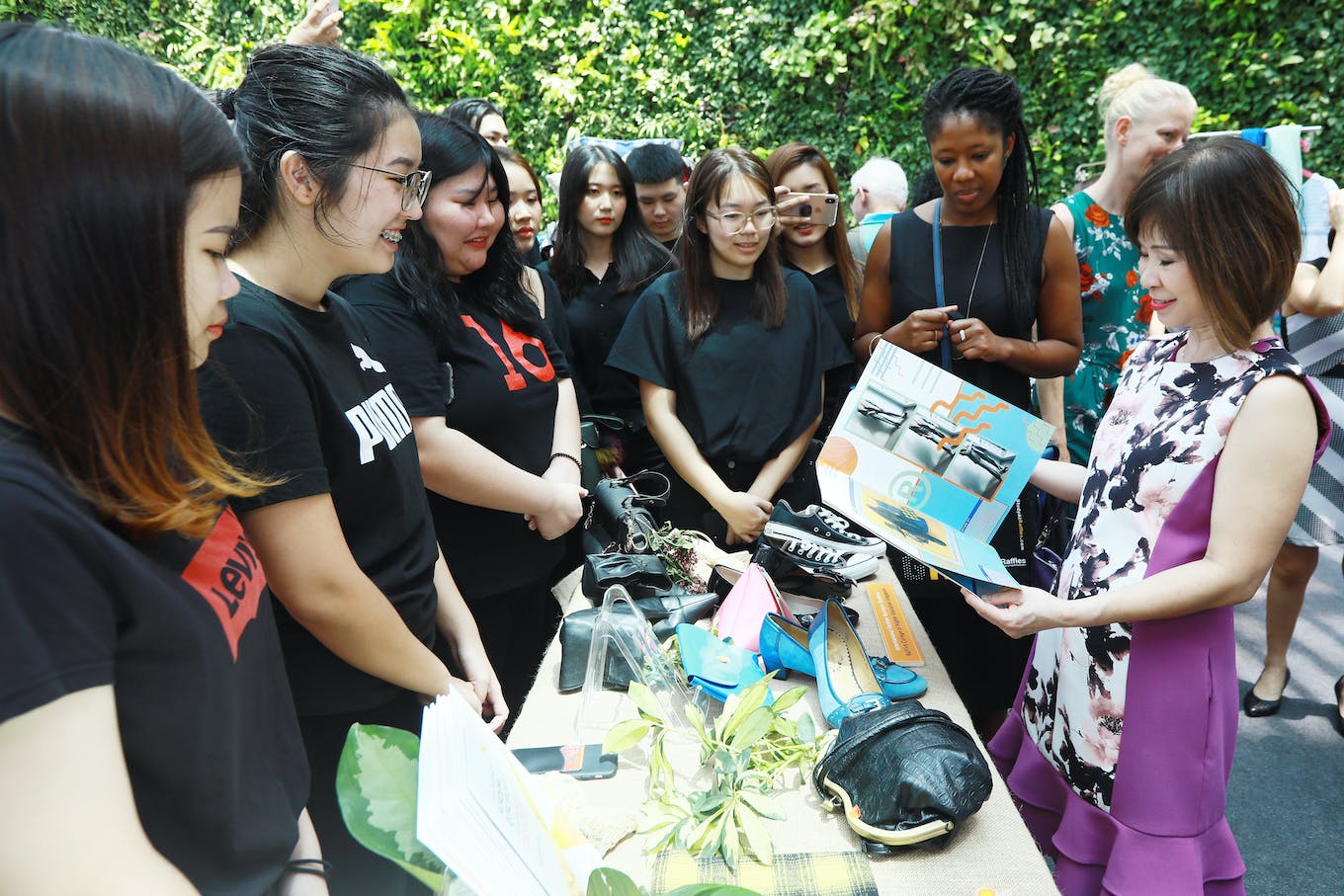 Dr Amy Khor speaks to the students of Raffles College of Higher Education, where they were giving out tips to putting together chic outfits from preloved clothing items. Image: City Developments Limited

Organisers also introduced a new grab bag concept at City Industrial Building, where the bulk of donations were on sale. For a flat fee, shoppers were allowed to take home as much as they could fit into a tote bag—giving preloved items a second lease of life while contributing to EcoBank’s appointed charity, Arc Children’s Centre, which supports children with chronic illnesses. 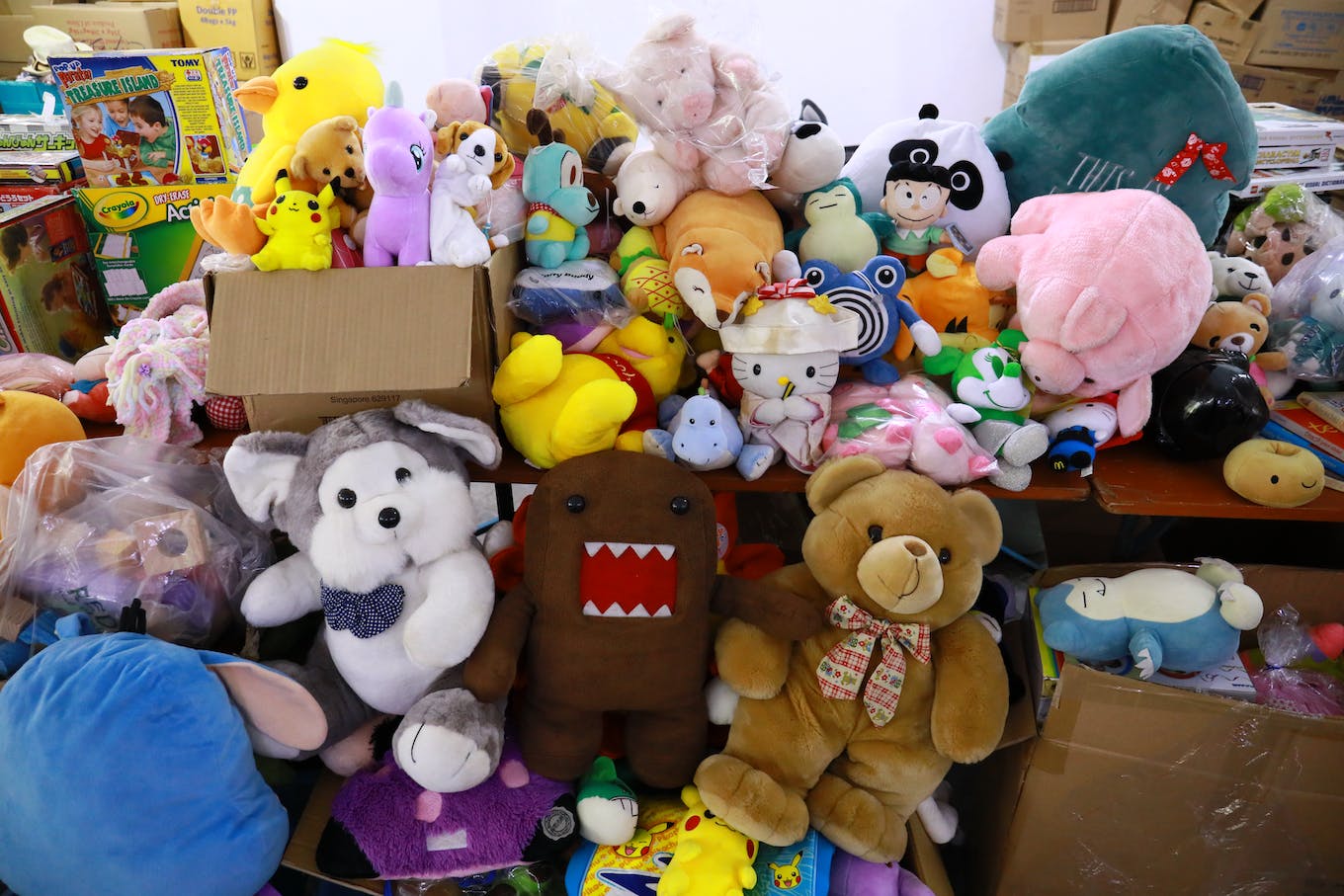 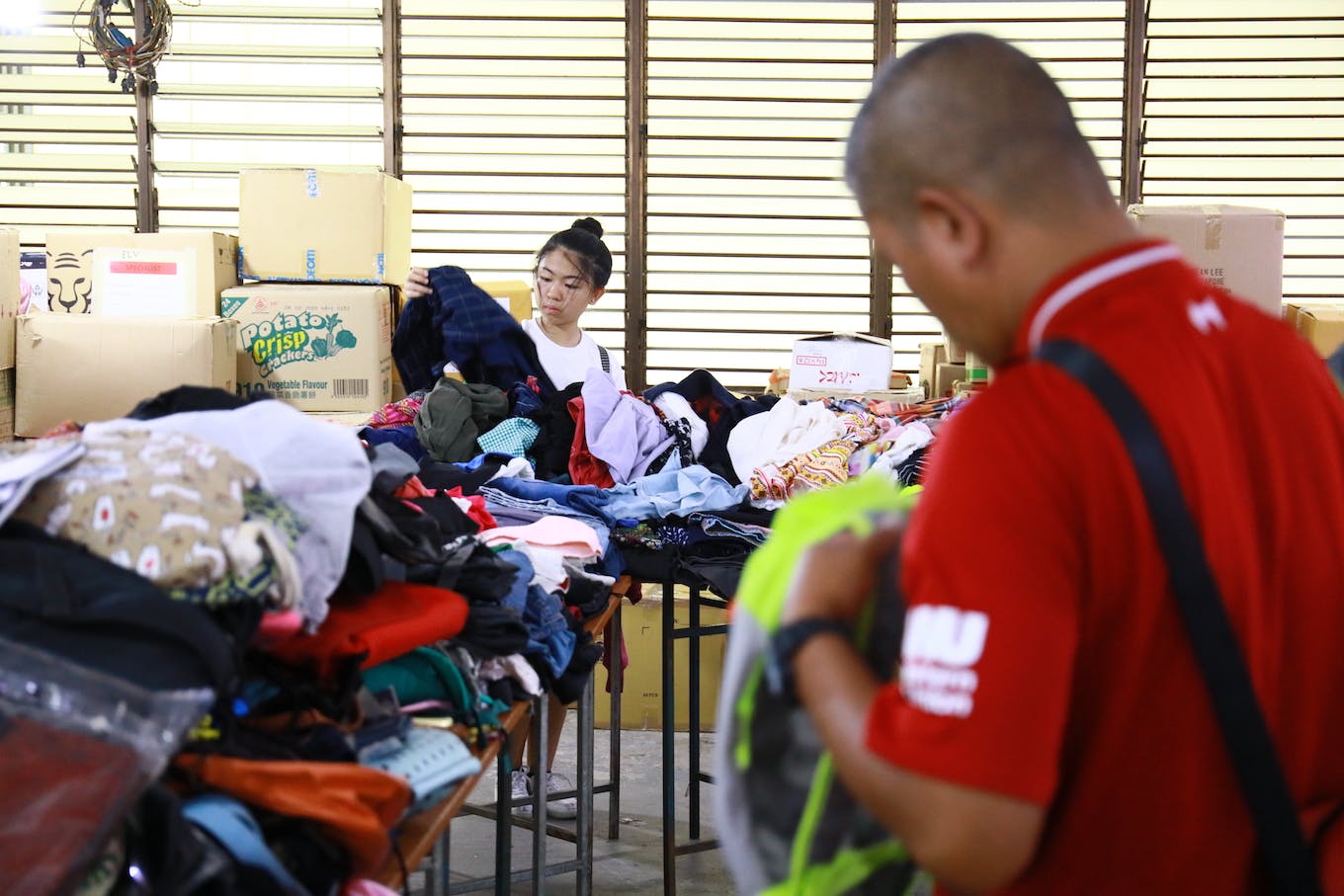 “It is more important than ever that all of us are acutely aware of how much trash we generate, its impact on the environment and how we can all make a difference by supporting responsible consumption and production practices,” said Jessica Cheam, managing editor of Eco-Business. “EcoBank has proven to be an increasingly critical platform for education and individual action.”

Unsold items will be donated to Embodhi Foundation, which supports low-income women in Sri Lanka, India and Vietnam. 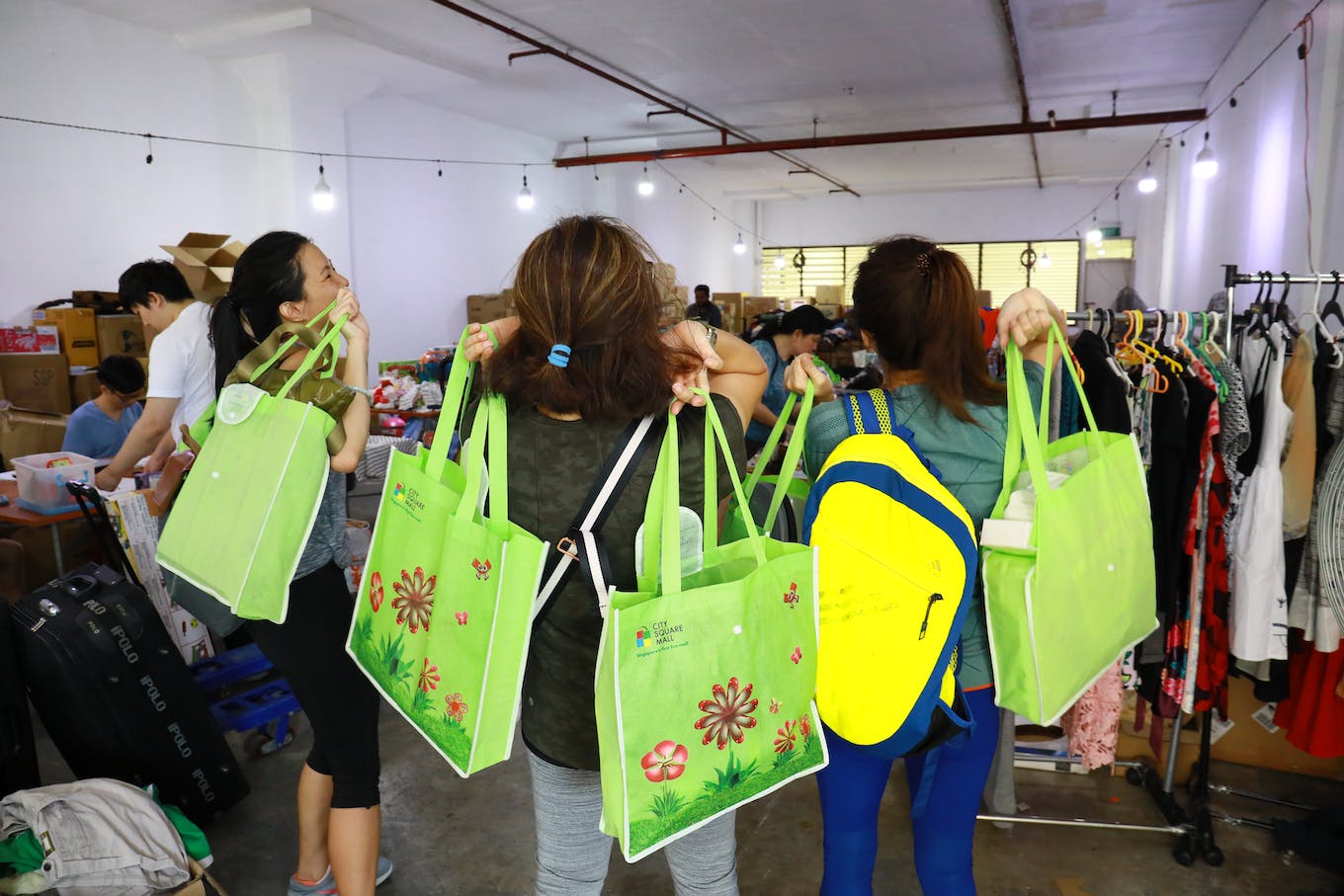