The PNOC-Exploration Corporation, its oil and coal exploration arm, will be developing more coal mines in the Malangas Coal Reservation in Zamboanga Sibugay in the Mindanao region, its chief Rozzano Briguez said at a webinar organised by the non-profit Philippines Energy Independence Council earlier this month.

Two underground mines will be developed before 2025 to take advantage of the “high quality of coal” in the area, Briguez said.

Also in the pipeline is a coal power plant project sited near a mine in Isabela province in Cagayan Valley, Luzon. The plant is a 50-megawatt project that was stalled in 2006 after protests by communities over its potential environmental and health effects.

The government-owned company’s coal appetite stems from the Philippine Energy Plan, which proposes an expansion of the fossil fuel in the energy mix from 22 per cent in 2016 to 41.6 per cent by 2040 to support the country’s industrialisation.

But amid changes in electricity demand induced by the Covid-19 pandemic, environmental activists and analysts say consumers will pay a high price for the new coal capacity. 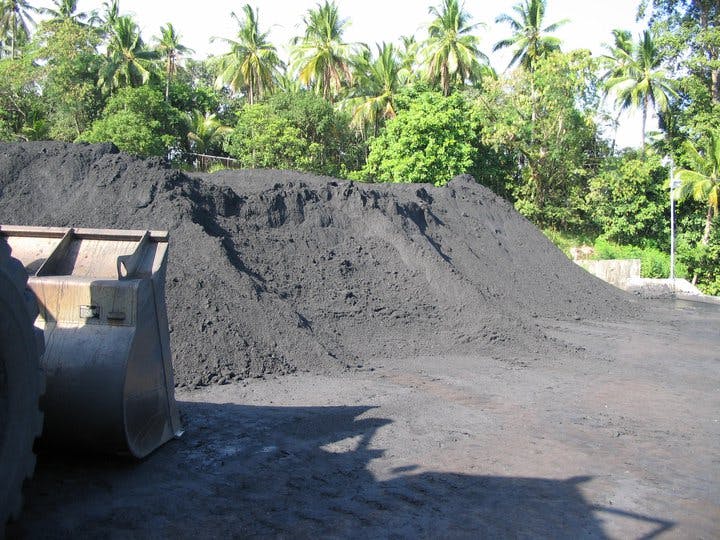 “With the pandemic and its economic impact to the country, it might really be problematic to pursue setting of these coal developments and new mine-mouth coal plants. Any additional coal plant will be detrimental to electricity costs for the consumer,” said Gerry Arances, convenor of Power for People Coalition, a network of civil society organisations, consumers and communities campaigning for a shift to renewable energy. Coal is the most polluting of fossil fuels.

Arances said at virtual press conference on Tuesday (21 July) that existing deals between coal power producers and utilities that distribute electricity are take-or-pay contracts. Under such contracts, utility firms are required to buy fixed amounts of energy, even if the power grid is unable to accommodate the full capacity or consumer demand is low.

With the pandemic and its economic impact to the country, it might really be problematic to pursue setting of these coal developments and new mine-mouth coal plants. Any additional coal plant will be detrimental to electricity costs for the consumer.

With energy demand in the country plunging due to the shuttering of businesses during the pandemic, consumers will end up paying higher electricity prices due to the extra capacity that may not be used, Arances added.

Analyst Sara Jane Ahmed of the global energy finance think tank, Institute for Energy Economics and Financial Analysis (IEEFA), said that the recent spike in electricity bills will worsen if the country locks itself into more large coal-power contracts with producers.

In a report titled The Philippines Power Sector Can Reach Resilience by 2021, Ahmed said that without force majeure, consumers would have had to pay up to an additional 15 per cent per kilowatt-hour of electricity in recent months, due to the increased costs from low demand.

Force majeure is a rarely used legal mechanism designed to provide relief to parties unable to fulfil a contract due to an unavoidable or unforeseeable event. It was invoked by the country’s largest utility company, Manila Electric Company (Meralco), in its major contracts with power producers during the Covid-19 lockdown, and resulted in costs being shared among the power generator, utility company and end-user, said the report, published in June.

But once force majeure is lifted after six months, consumers will have to bear the brunt of the fixed costs, Ahmed told Eco-Business.

“It is up to the government to ensure that if companies are foolish enough to pursue coal projects in 2020 onwards, the company itself, rather than families and small businesses, should bear the risk (of paying for the fixed costs of coal capacity),” she said.

The PNOC-Exploration Corporation told Eco-Business that the new coal plant in Isabela is necessary as existing electricity sources in the area are not enough.

Isabela, the Philippines’ second-largest province, currently sources its electricity mainly from the 540-megawatt Magat hydroelectric plant that supplies power to the entire island of Luzon.

Augmenting Magat’s output are a 20-kilowatt biomass power plant in the municipality of Alicia and a 200-megawatt solar power plant and storage facility in Cordon.

While there are new developments for solar power plants and biomass in the province, PNOC-Exploration Corporation still sees the importance and advantages of developing new power capacities fueled by coal, which is reliable and that we have proven to be abundant in the area.

“The demand growth in electricity will require additional capacities, where indigenous sources like coal will be the best to fill the gap,” said Candido Magsombol, the company’s vice-president for downstream operations.

“While there are new developments for solar power plants and biomass in the province, PNOC-Exploration Corporation still sees the importance and advantages of developing new power capacities fueled by coal, which is reliable and that we have proven to be abundant in the area.”

According to the PNOC-EC website, the Isabela plant will utilise less polluting circulating fluidised bed (CFB) combustion boiler technology, which burns low-grade coal that the country produces. The plant is expected to be operational by 2025.

CFB power generating units fired with waste coal can serve to clean up the waste piles while generating electricity.

Apart from coal, the PNOC-EC is also looking at ramping up exploration and production of the country’s oil and gas resources to augment the declining reserves of the Malampaya gas field, the country’s main domestic source of energy. The contract of the Malampaya reserves in offshore Palawan is expected to end in 2024, but supply from the gas field is projected to be depleted by 2027.