A Wilmar International refinery in Sulawesi was defaced by Greenpeace activists who claim the world's largest palm oil trader continues to source oil from suppliers linked to deforestation.

Environmental group Greenpeace has staged a protest against Wilmar International in Indonesia over the Singapore-listed palm oil giant’s links to deforestation.

Wilmar declared it would stop clearing natural forests to make way for plantations in 2013, and updated its policy in 2016. But Greenpeace claims that the company has repeatedly broken its ‘no deforestation, no peat, no exploitation’ (NDPE) promises.

Wilmar, whose customers include multinational consumer goods firms including Colgate, Mondelez, Nestlé and Unilever, was among the companies found in a recent Greenpeace investigation to have sourced oil palm from suppliers linked to the clearing of 130,000 hectares of rainforest since 2013.

The company was buying oil palm from 18 of the 25 deforestation-linked palm oil producers, and three supplied the refinery where the protest is taking place at Wilmar’s PT Multi Nabati Sulawesi refinery in Bitung, North Sulawesi.

Wilmar has disputed the findings of report, and said that Greenpeace had singled it out because of the company’s size—it is the world’s largest palm oil trade—but had neglected the fact that deforestation is being driven by a market made up of suppliers without NDPE commitments.

The company said Greenpeace, a key stakeholder in fighting deforestation, should contribute to finding solutions to support the industry’s shift to sustainable palm oil.

One group of Greenpeace protesters climbed a tanker ship transporting palm oil in an attempt to stop it from moving. 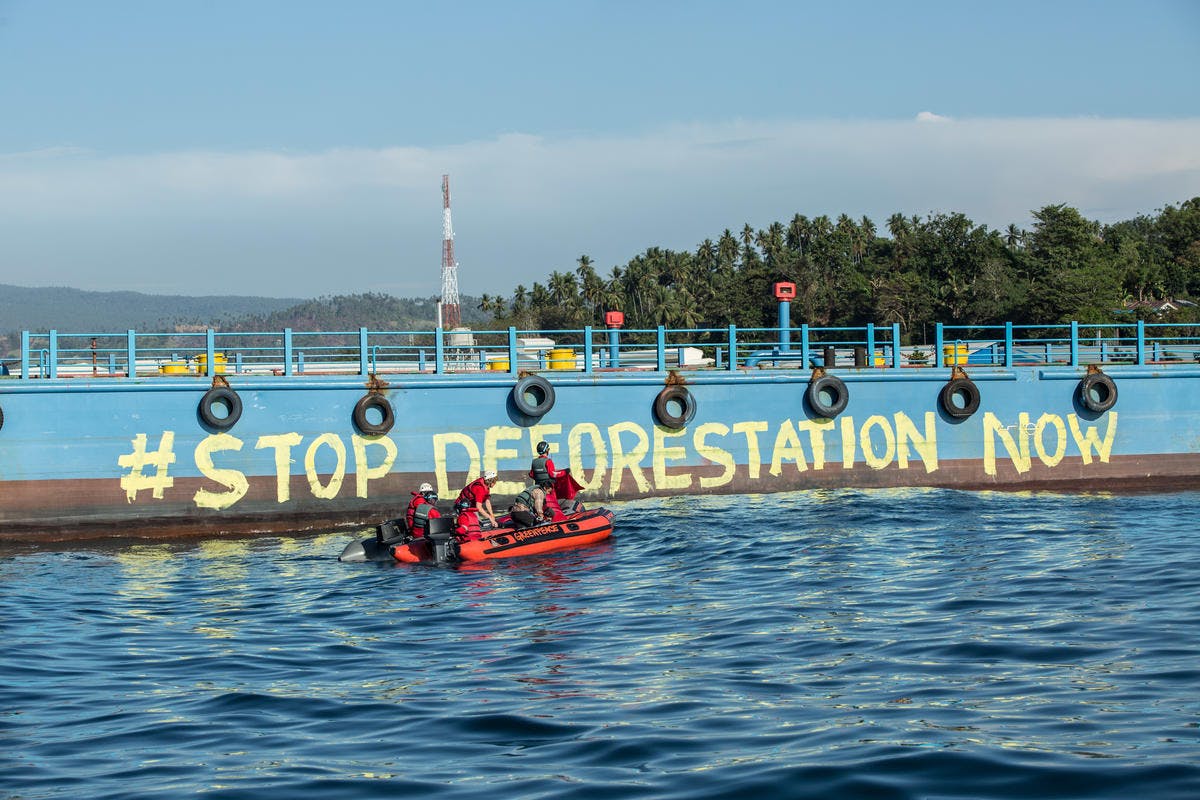 Another group of activists scaled the refinery and painted the word “dirty” on the oil storage tanks. The activists were accompanied by the Indonesian rock band Boomerang, who are performed their new single from the top of a storage tank. 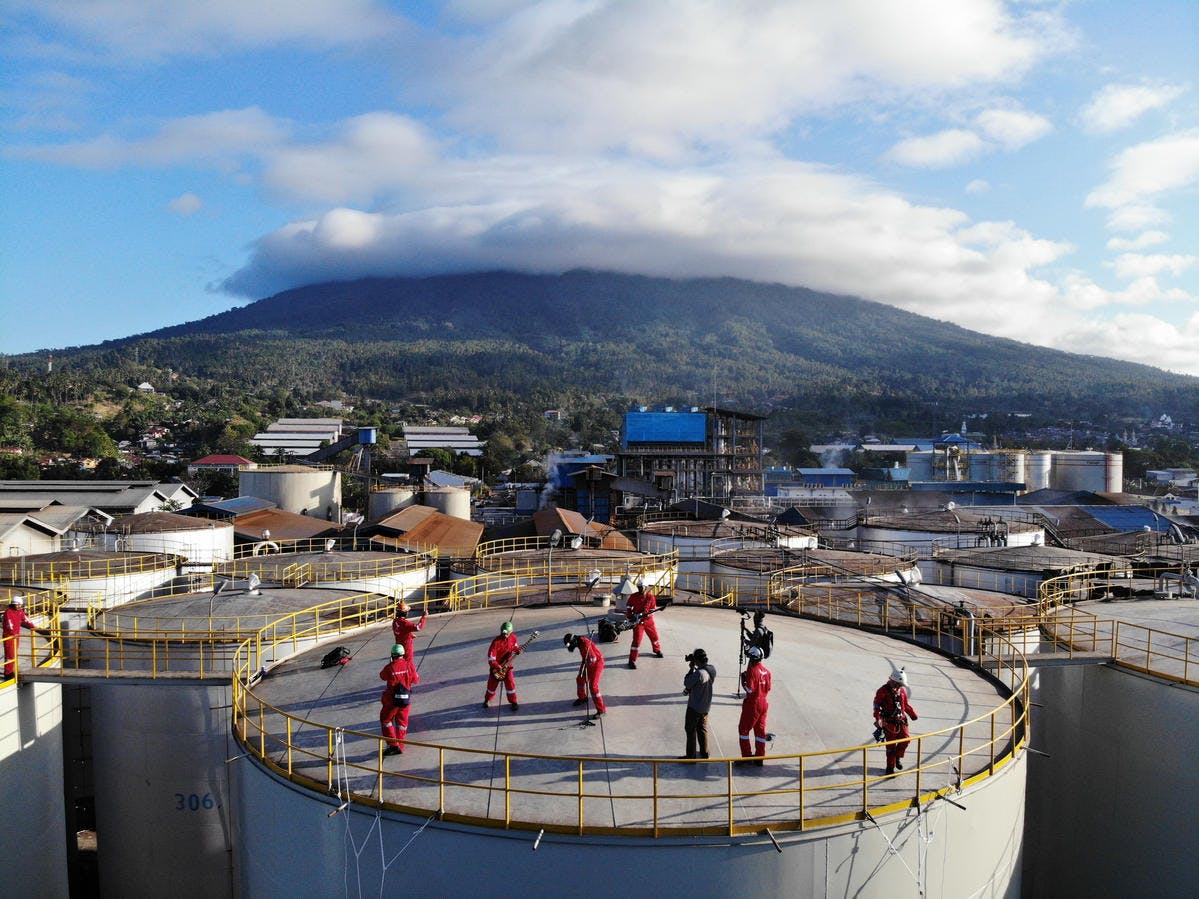 Speaking from one of the activist boats at the palm oil refinery, Yeb Sano, executive director at Greenpeace Southeast Asia, said: “This refinery is loaded with Wilmar’s dirty palm oil and if we weren’t here it would be on its way to factories and supermarkets all over the world.”

“Hundreds of thousands of consumers from all over the world have had enough of forest destruction. The message to big brands like Unilever, Nestlé and Mondelez is simple: cut Wilmar off until it can prove its palm oil is clean,” he said. 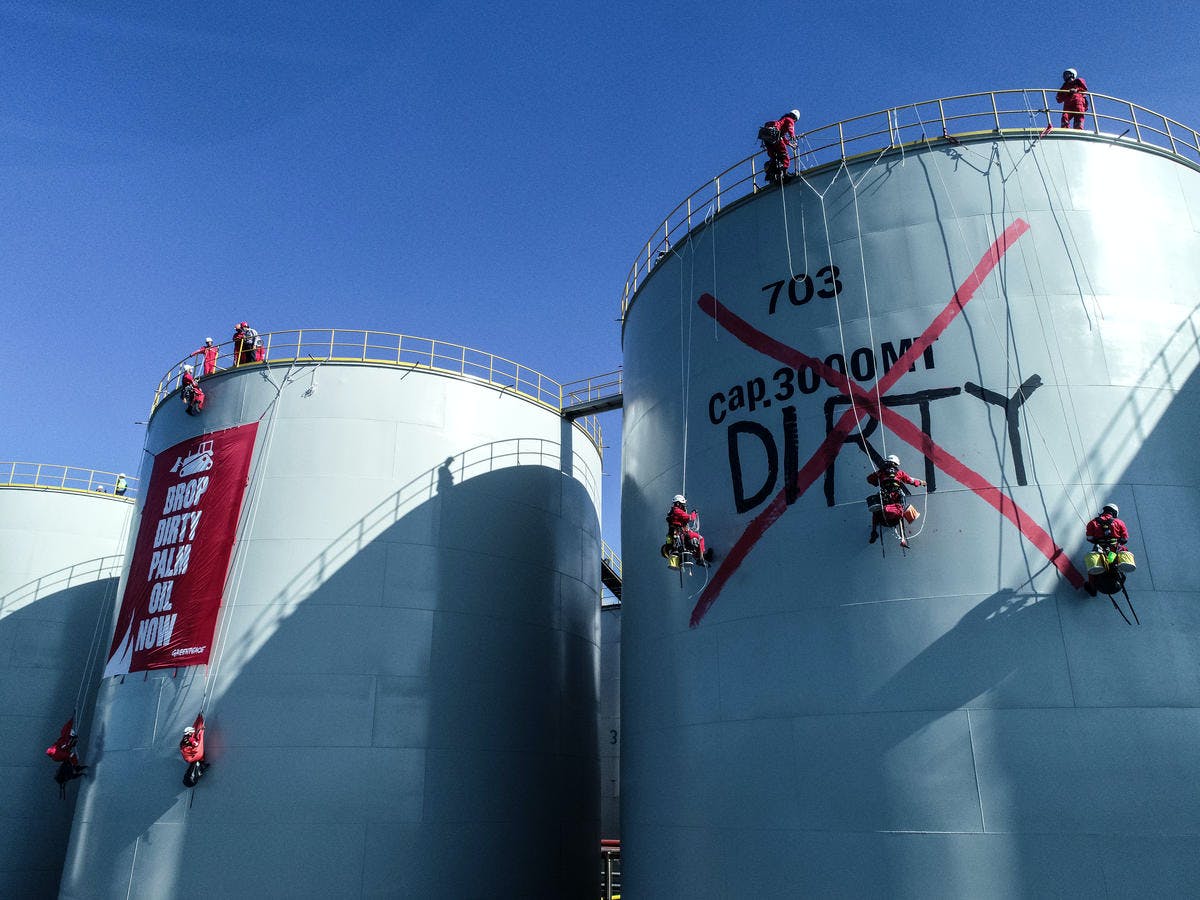 Kiki Taufik, head of Greenpeace’s global Indonesia forests campaign, commented: “Wilmar has been promising to clean up its supply chain since 2013. Yet it is still buying palm oil from forest destroyers. It is not Greenpeace’s responsibility to police their supply chain. Wilmar should only buy palm oil from producers it can prove are clean. That is what Wilmar CEO Kuok Khoon Hong promised almost five ago.”

Wilmar said that Greenpeace’s action was a criminal act of trespassing and vandalism, and put the safety of its activists and also Wilmar staff at risk. “No organisation is above the law, and we urge Greenpeace to adopt a collaborative mindset and work with the palm oil industry to take genuine and positive action,” the company said in a statement.

The action comes three months after senior Wilmar executives resigned following a Greenpeace report that linked the company to deforestation in Papua.