The ad, which was made by Greenpeace and rebadged by Iceland, was blocked from airing on television by the UK's ad watchdog because it broke rules on political advertising. Iceland says it is not anti-palm oil, 'we are anti-deforestation.' 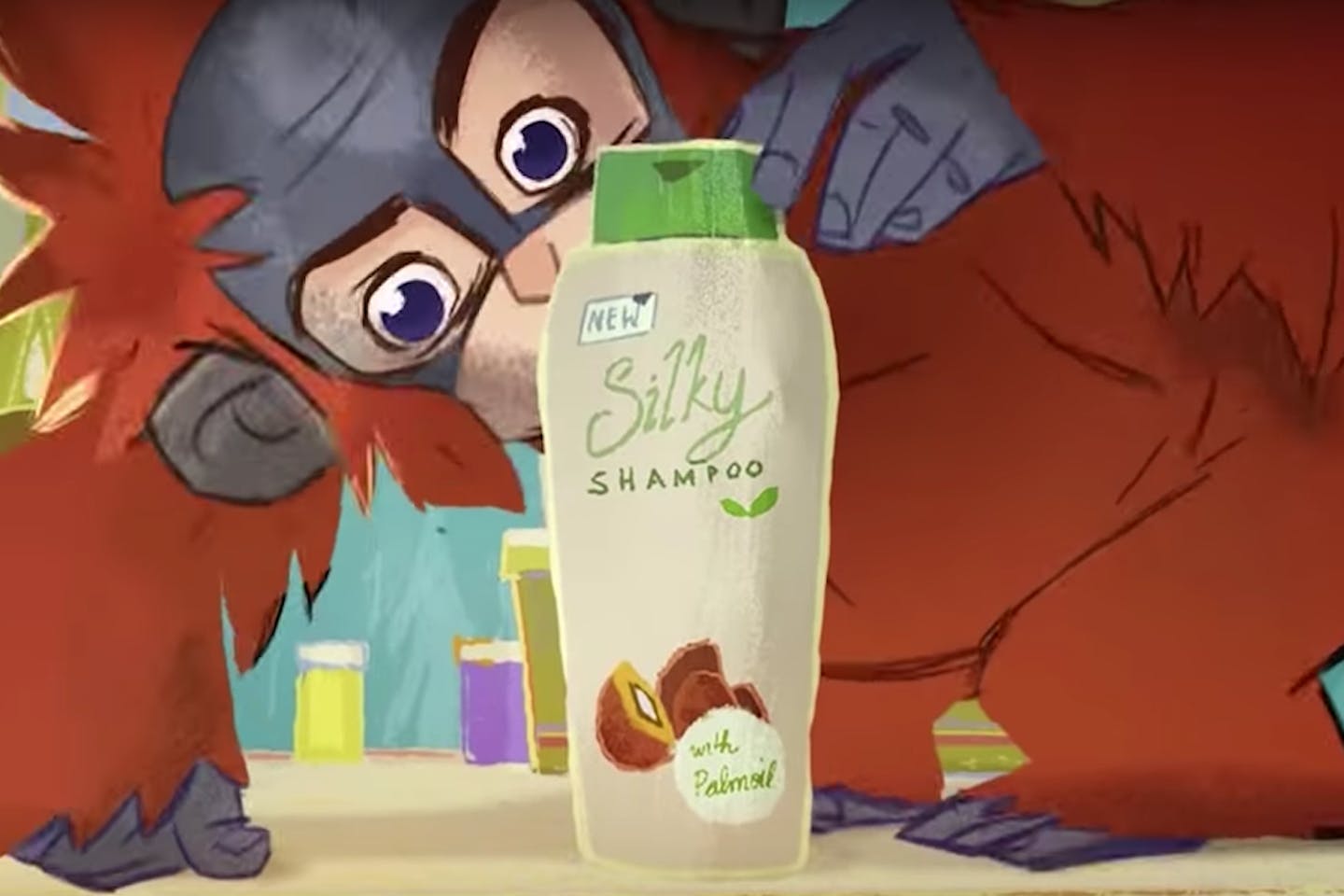 A television commercial for a British supermarket that attacks the palm oil trade has been banned by the United Kingdom’s advertising standards watchdog.

The advertisement, which was originally created by non-government organisation Greenpeace in August and rebadged for highstreet retailer Iceland, was deemed to break rules on political advertising in the UK.

The animated ad voiced by actress Emma Thompson, which was timed for the run-up to Christmas, features an orangutan and the destruction of its tropical rainforest habitat by the palm oil industry.

The supermarket is to run ads promoting its palm-oil free products instead.

Budget retailer Iceland has pledged to remove palm oil from its products by the end of 2018 as part of a corporate effort to fight the felling of forests and the species that depend on them in Malaysia and Indonesia, where most palm oil is grown.

Iceland’s managing director Richard Walker, who led the move to remove palm oil from the company’s own-label brands, reportedly said: “We have said repeatedly we are not anti-palm oil, we are anti-deforestation. We think this is a huge story that needs to be told. We always knew there was a risk [the ad would be banned] but we gave it our best shot.”

The Roundtable on Sustainable Palm Oil (RPSO), the certification body for the paln oil trade, responded to Iceland’s ban at the time by saying that boycotting palm oil, which is a particularly high yielding edible oil, would only lead to deforestation elsewhere to grow other forms of oil such as soy and rape seed.

In a recent interview with Eco-Business, the head of sustainability for the largest seller of sustainable palm oil, Malaysia-headquartered giant Sime Darby, said that Iceland’s palm oil ban would not save tropical forests.

Dr Simon Lord, Sime Darby Plantation’s chief sustainability officer, said: “I don’t believe that a boycott is going to protect forests, and I certainly don’t think it is going to restore them. If you really want to stop deforestation, you have got to be involved in the conversation.”

“There is no doubt that palm oil is responsible in some part for deforestation. But walking away from the industry is not going to help us find solutions,” he said.

Iceland’s move away from palm oil soon came five months after the European Union voted to ban palm oil imports for biodiesel in a bid to end deforestation where the crop is grown.