Britain's climate protests: 'We are rebelling on behalf of life itself'

Protesters from the new Extinction Rebellion civil disobedience group are demanding the UK government be honest about the dangers of climate change, and reverses all climate-toxic policies.

As consumers all over the world scrambled to buy discounted goods in the Black Friday sales, campaigners from a newly formed civic society group in the United Kingdom took to the streets of London to protest against their government’s failure to act on climate change—and are urging citizens in other countries to do the same.

Extinction Rebellion, a mass civil disobedience group in the style of the Occupy movement, has been protesting since 31 October. The movement came to a head over the weekend, when it blockaded areas all over the capital, including Downing Street, the residence of the prime minister, Oxford Street, Britain’s busiest main shopping district, and Buckingham Palace. Some areas of London were brought to a standstill. 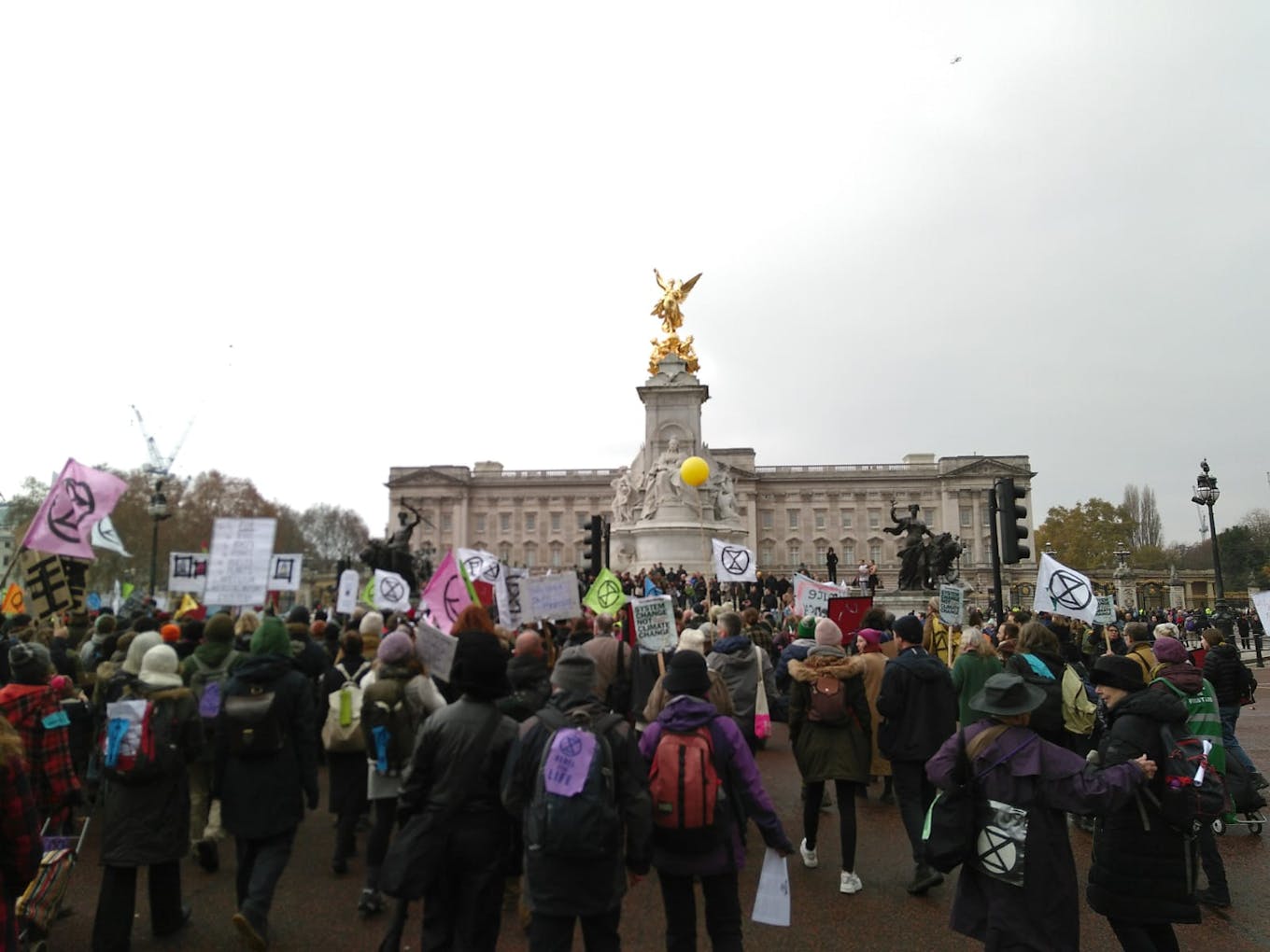 An estimated 1,000 people took part in the protests holding banners that read “System change not climate change”. A number of protesters were arrested, including an elderly lady who glued her hands to the railings of Buckingham Palace.

The group, which abbreviates its name to XR, is demanding that the government be honest about the dangers of climate change, and produces a credible plan to rapidly decarbonise the world’s fifth largest economy. “Our government is complicit in allowing greenhouse gas emissions to rise and ignoring the constraints of a finite planet in favour of an economic system demanding rampant consumerism,” the group states on its website.

The protesters say that when a government does not protect its citizens from harm, and does not ensure a liveable future for generations to come, it has failed in the most basic of its functions as a government. “We understand that it is not only our right, it is our duty to rebel on behalf of life itself,” the group says. 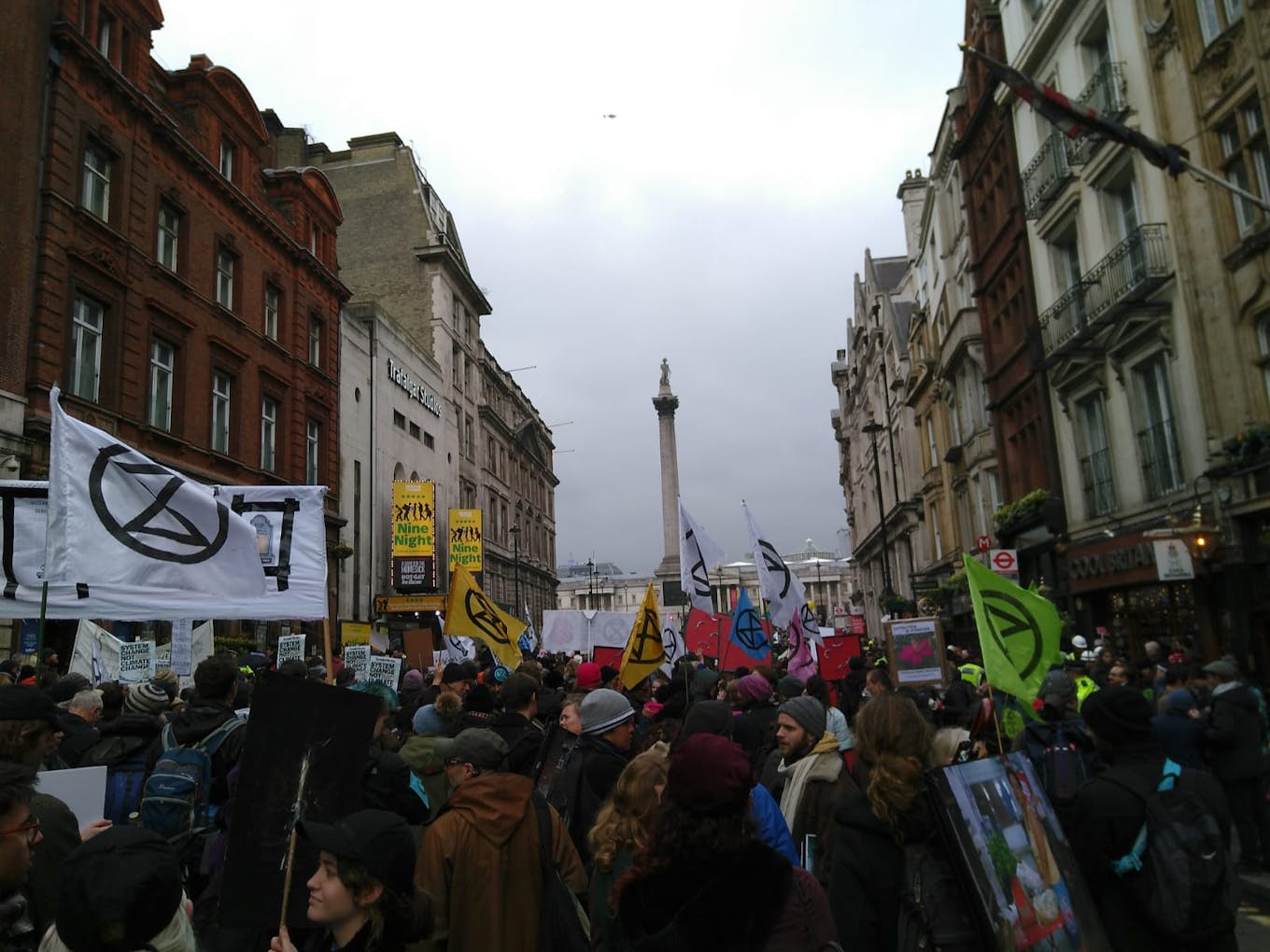 XR has even demonstrated against large international non-government organisations (NGOs) such as Greenpeace, claiming that the direct action group has been ineffective in lobbying governments to reduce emissions, and mass civil disobedience is a proven way to change climate policy.

“We went to Greenpeace to get them to tell their members to join mass civil disobedience, which has been shown to change political regimes rapidly,” XR’s co-founder Roger Hallam has said.

“NGOs have been working for 30 years to reduce global carbon emissions and during that time they’ve increased by 60 per cent, which quite possibly has condemned every future generation to a living hell,” he is quoted as saying.

XR’s protests are to carry on through December, with more actions planned for next year. 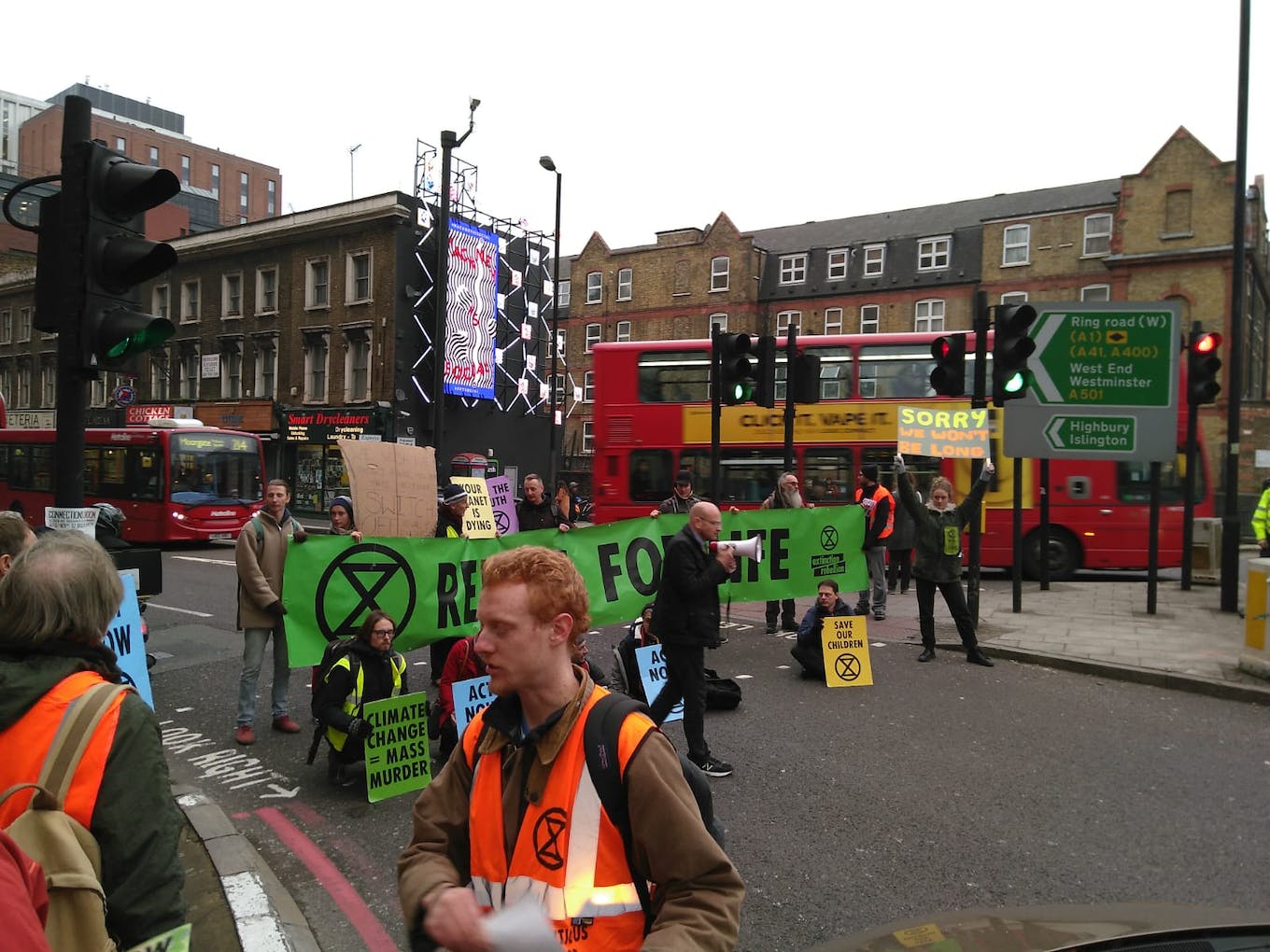 ‘Sorry we won’t be long’. In typical British fashion, protesters apologise for blocking the traffic while holding banners that read ‘Climate change = murder’ and ‘Your planet is dying’. Image: Kevin Wing

The demonstrations follow movements in other countries where citizens have taken action against their governments and big business over climate change.

Young citizens in the United States, India, Norway, Belgium, and Colombia have taken legal action against their governments, arguing that policies that drive climate change endanger their futures. 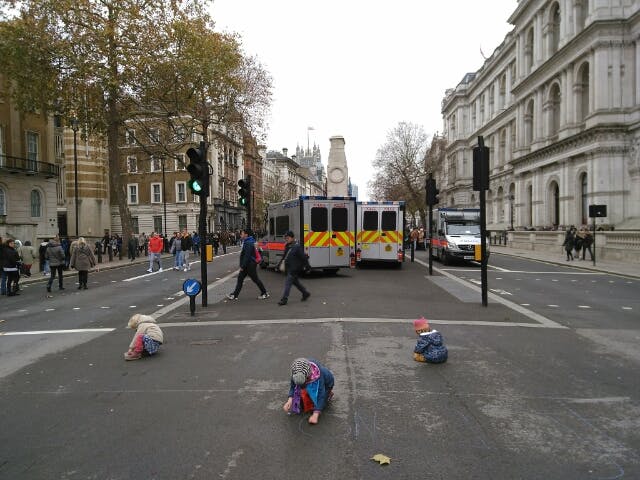 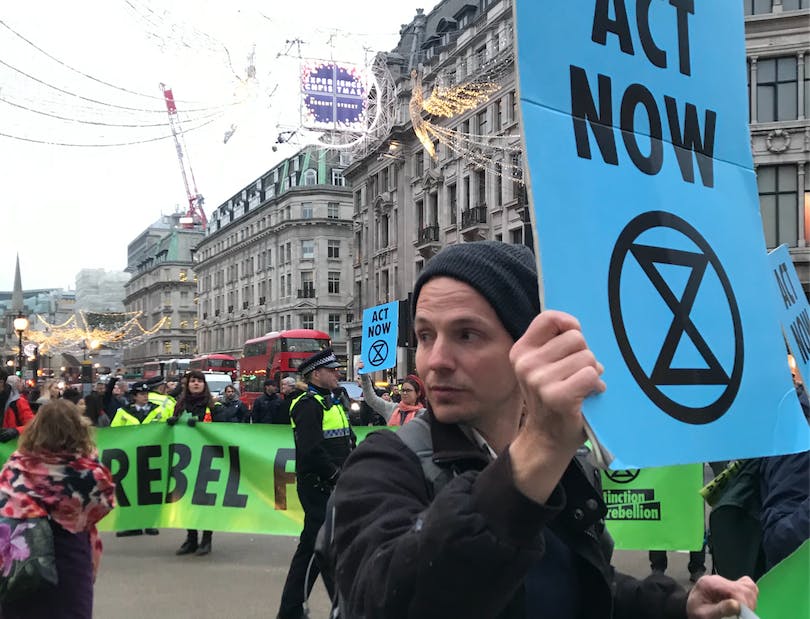 One protester who attended with his children said that the recent report from the Intergovernmental Panel on Climate Change, which concluded that there are 12 years left to limit global warming to avoid the most dangerous consequences of climate change, prompted him to join the movement.

“This is within my childrens’ lifetime, so how could any parent not rise up in response to a UK government that has the worse environmental policy for 30 years—including cutting solar and wind development and subsidising fracking—and a media that continues to ignore what is happening due to the influence of vested interests who put their own pursuit of profit above the survival of mankind.”

XR is exporting the format overseas, with countries including the United States, France and Australia to hold similar mass climate protests on international “rebellion day” on 15 April. XR is encouraging other countries to join the movement through the website Xrebellion.org. 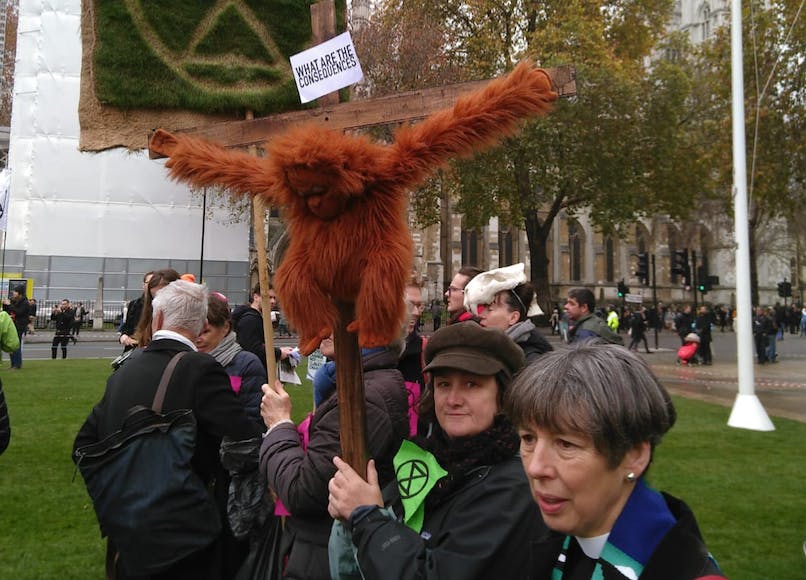 ‘What are the consequences?’ A toy orangutan is nailed to signage by protesters outside Parliament Square. Image: Kevin Wing