The region supplies the most number of seafarers in the world, and support for training of these port workers is on the horizon as delegates at a global maritime conference this week negotiate for stricter green shipping targets.

Developing countries in Asia have high stakes for an ambitious climate target in shipping because the region supplies the most number of seafarers in the world.

Countries like the Philippines and Indonesia, which are the top providers of seafarers globally, will need to learn how to handle risks associated with alternative fuels in the run-up to 2050, as the sector seeks to decarbonise, said Arsenio Dominguez, director of the marine environment division at the International Maritime Organisation (IMO), the United Nations body that regulates the safety and environmental performance of international shipping.

Hydrogen and ammonia are among the alternative fuels being eyed for low carbon shipping because of their potential for near-zero greenhouse gas emissions in their lifespan. However they are highly flammable and toxic, requiring stricter safety levels than traditional fuels. 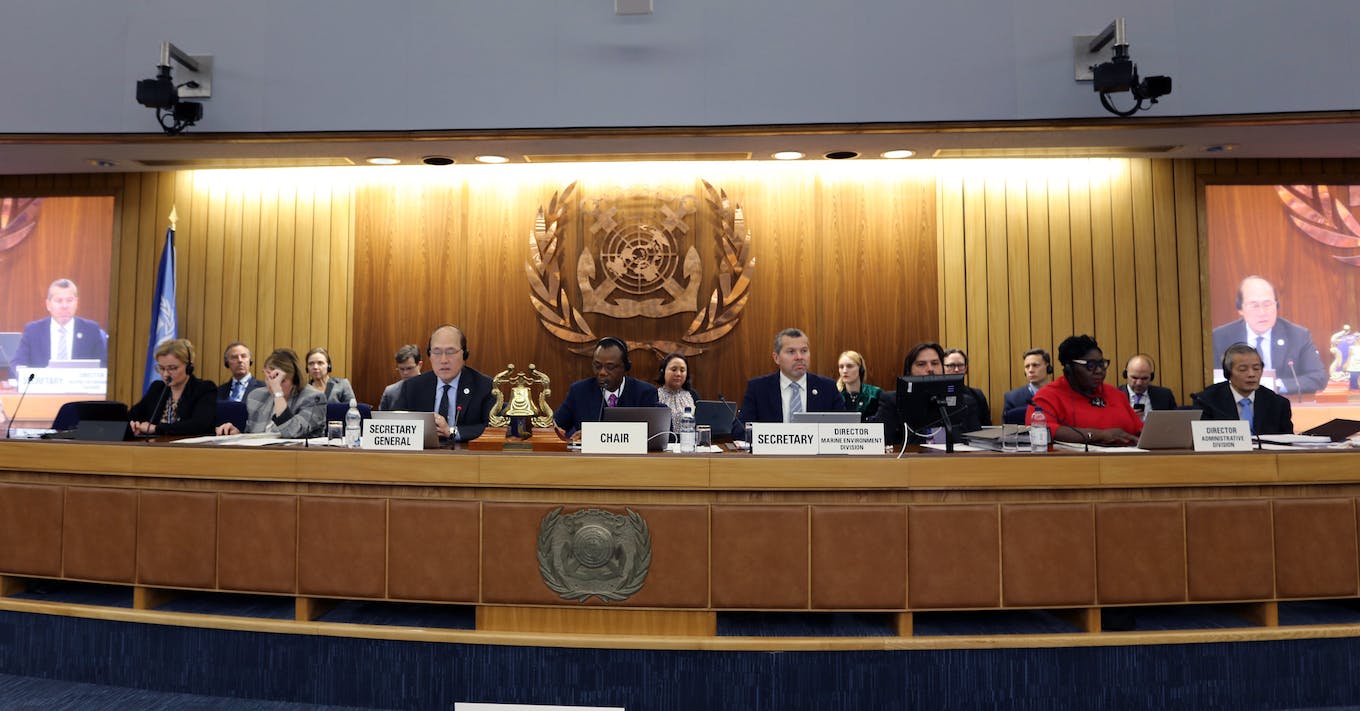 Opening of the 79th session of the Marine Environment Protection Committee (MEPC) at International Maritime Organisation headquarters in London on 12 December 2022. Image: IMO

“We need to regulate the safety and the training of the seafarers as they are part of the solution to meet the goals of the Paris Agreement,” Dominguez said on Monday on the sidelines of the 79th session on the Marine Environment Protection Committee (MEPC) held in the IMO headquarters in London. “Our maritime safety and environmental committees are looking at what is going to be the new training required for seafarers and the safety aspects for these new fuels.”

The IMO currently has a target to halve greenhouse gas emissions from ships by 2050. Its MEPC meets approximately every six months, and at the last round of talks in June, support among countries to raise the level of ambition to reaching full decarbonisation by 2050 has grown. This week’s session will see representatives finalising an initial strategy on greenhouse gas reduction for the sector, but for now observers say there is no clarity on whether a new target will be put forth.

Martha Selwyn, member of the United Nations Global Compact’s (UNGC) maritime just transition task force, who presented a study at the conference, said that the absence of a strict green target for shipping will make funding for seafarers’ training difficult to plan.

“The lack of general clarity on the level of ambition and which fuel will ultimately be the fuel of the future is making it difficult for maritime universities, training centres and the maritime ecosystem to plan and invest for training,” said Selwyn.

A higher emissions reduction target will mean a ramp-up in alternative fuels guidelines which could form the basis of new training standards relevant to ships using certain fuels. It will also signal training providers and institutions to begin developing curricula, which can be a general framework for alternative fuels and then be built on with industry specific training for a specific fuel, she added.

The UNGC-led study showed a scenario where an instant uptake of alternative fuels from the 2020s onwards will mean the need for as many as 1,775,000 seafarers around the world to be trained up until 2050.

Even if there is a slow transition to alternative fuel, with the industry turning to increase its use of liquified natural gas on ships instead, there will still be a sizeable number of 300,000 seafarers who will have to be trained, said the study. This includes training to ensure safety, protection of the environment and local communities living near port areas. 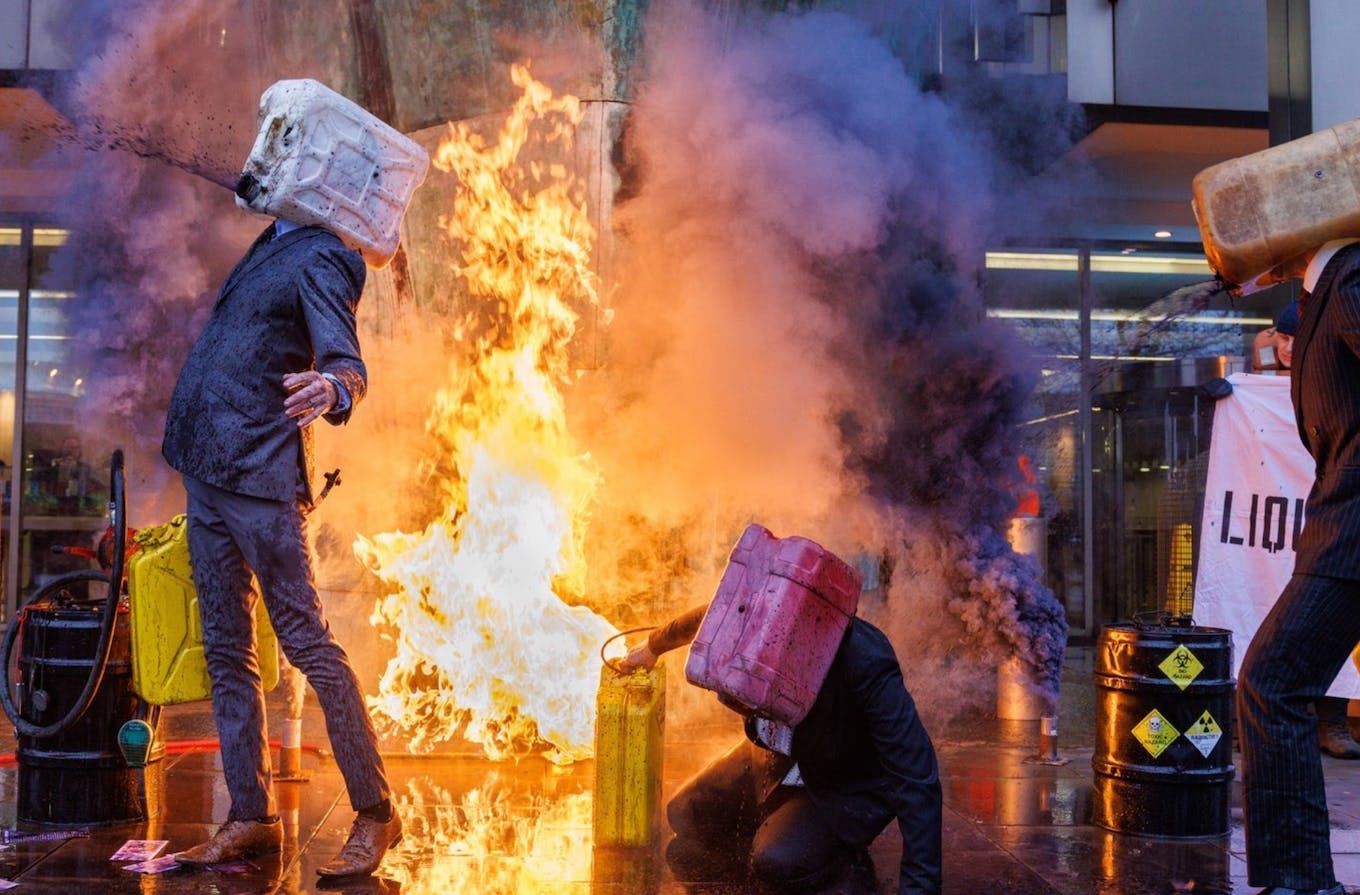 Activist protest action in front of the International Maritime Organisation headquarters in London. The protesters are asking the IMO to halve shipping emissions before 2030, advise against any fossil fuel subsidies and start severely taxing shipping fuel. Image: Ocean Rebellion

Climate-vulnerable ports like those in the Philippines, as well as those along the trading route of the Malacca Strait such as ports in Malaysia and Indonesia could benefit from the switch to zero-carbon fuels in terms of wider environmental and health benefits, said Marie Hubatova, director of global shipping at the Environmental Defense Fund (EDF), one of the non-profits who were allowed to observe and provide expert input to discussions at the IMO conference.

“Shipping is a dirty industry with negative impacts beyond climate. A higher emissions target for shipping may encourage more investment in low carbon fuels which do not emit any greenhouse gases during their lifecycle,” Hubatova said.

Global shipping is affected by sea level rise, severe storms, inland flooding, drought, extreme heat events, which if not addressed could cost the industry up to US$9.8 billion by 2050, based on research the EDF published in March.

A bulk of this amount may come from Asia because it is where most of the major ports like Singapore and China are located, said Hubotova.

The shipping industry currently accounts for roughly 20 per cent of global emissions from the transportation sector, powered by carbon-intensive bunker fuels.

“The potentially high costs underscore the importance of strategies for preventing climate change, particularly by reducing greenhouse gas emissions from the shipping sector itself,” read the report.