What does true sustainability look like in the hotel industry?

As demand for green accommodation grows, environmentally sustainable practices in hotels are becoming more commonplace — but so is greenwashing. Experts say the idea of luxury hospitality may need to be redefined for the sector to become truly sustainable.

In a bid to become more environmentally sustainable, Raffles Hotel Singapore has reimagined its signature drink: the Singapore Sling, a fruity gin-based cocktail dating back to the 1900s.

In 2018, the 5-star ultra luxury hotel partnered with spirits company Proof & Company’s ecoSPIRITS programme to transform the drink’s life cycle. Using a closed-loop distribution system, they were able to eliminate several thousand kilograms of packaging waste annually. Furthermore, for every 25 Singapore Slings served, a native tree is planted in Kalimantan and Sumatran rainforests.

According to consultancy firm Deloitte’s calculations, every glass of Singapore Sling now emits 200 fewer grams of carbon dioxide than before.

Raffles Hotel is not the only establishment raising its sustainability game. In 2019, Marriott International, the world’s largest hotel chain, phased out single-use plastic toiletry bottles in favour of larger pump dispenser bottles. Meanwhile, Hilton committed to reducing food waste by 50 per cent by 2030.

Local hospitality and tourism institutions are also putting greater pressure on hotels to decarbonise. In March 2022, the Singapore Hotel Association (SHA) and Singapore Tourism Board (STB) launched a Hotel Sustainability Roadmap which urged establishments to reduce emissions by 2030 and reach net-zero emissions by 2050.

But amidst hotels’ greater focus on sustainability, how many of these changes are greenwashing — initiatives designed to mislead guests and present a false environmentally responsible public image?

There is some great work happening, but there’s a lot of PR-driven hot air too.

“There is some great work happening, but there’s a lot of PR-driven hot air too,” said Williamson. “For example, while some hotels have set net zero targets, they may ‘hide behind’ carbon offsetting to reach these goals, which is not the same as a real reduction in their emissions.”

According to Ricaurte, another form of greenwashing is when hotels offer an asymmetrical representation of their environmental impact. He pointed to some hotels which may have removed plastic straws, but still use large amounts of plastic in other aspects of their operations.

To identify hotels that genuinely care about sustainability, Ricaurte said guests could consider whether the hotel pays attention to both lower-hanging fruit — like providing plant-based options on their restaurant menus — as well as formal certifications.

There is currently a growing list of globally-recognised sustainability certifications for the hotel sector, including the Green Key eco-label, Green Globe, as well as Booking.com’s recently launched Travel Sustainable Badge. But Williamson says not all certifications are created equally. Less credible schemes may only require hotels to undertake a self-assessment, rather than be evaluated by an independent third party.

“There is also the issue of what is relevant,” said Williamson. “Reducing water consumption may be less of a priority for a hotel in Scotland than for a hotel in a drought-ridden area of southern Spain, but many green certification schemes don’t make this distinction. This means businesses may have a green badge but still be failing to address the challenges most pressing in their local area.”

Rather than relying solely on certifications, Williamson instead encouraged consumers to “look behind the labels” and ask for written policies and specific examples.

“What percentage of employees are local, and do they receive a fair wage? How much of the produce is sourced from local suppliers? What are they doing to help protect and restore nature, and how are they cutting food waste? Don’t take all labels at face value,” he said.

While green marketing is on the rise, not all hotels have opted to integrate sustainability into their branding. Raffles Hotel Singapore, for example, features little about sustainability on its website.

“We think that sustainability and saving the planet shouldn’t be used as marketing highlights,” explained general manager Christian Westbeld. “They should be something that you really live by. We all have to do the right thing.” 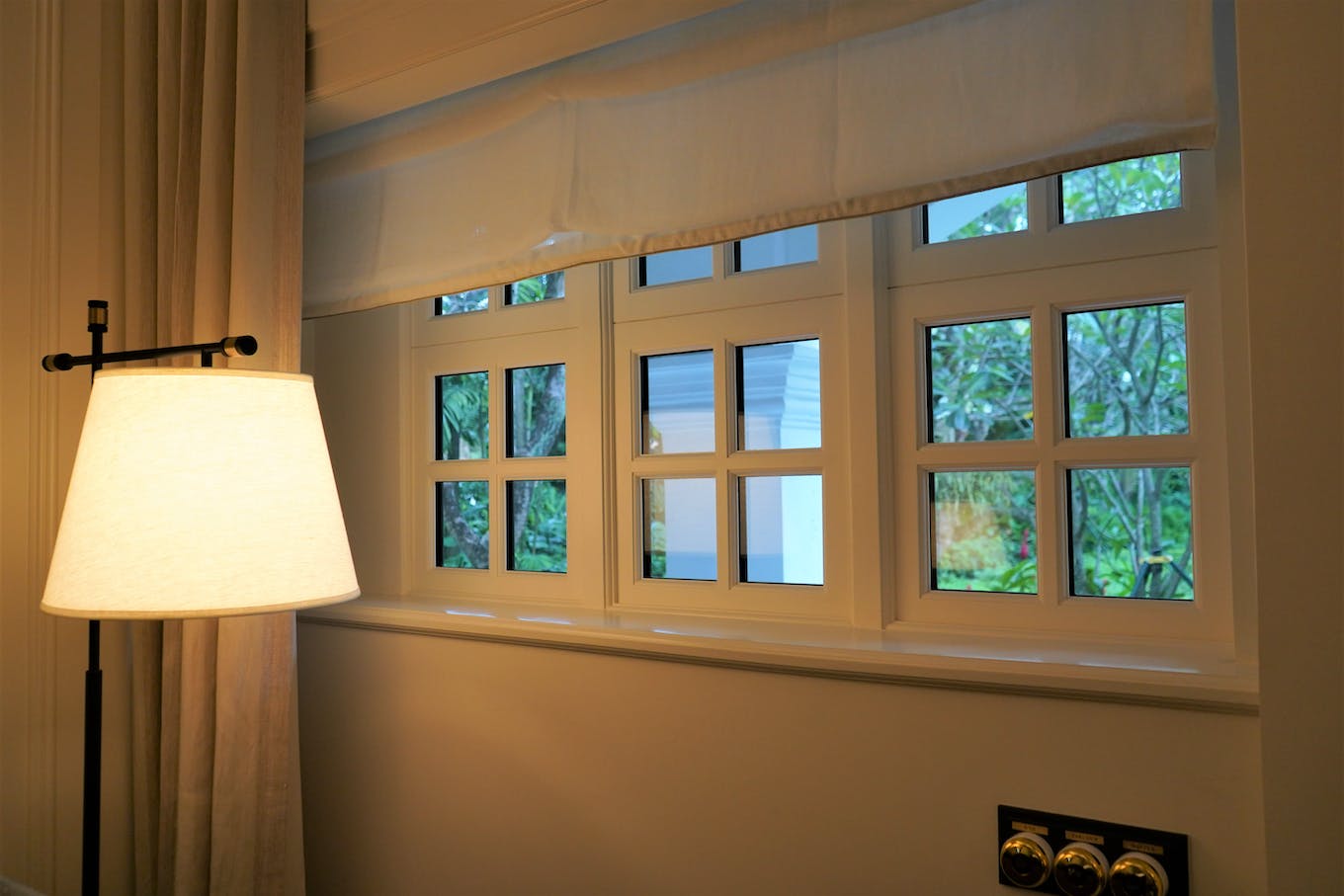 Westbeld says that when the hotel closed its doors for extensive restoration from December 2017 to August 2019, sustainability was high on the agenda. The environmental footprint was taken into consideration in all aspects, from the plumbing systems to kitchen equipment, and even the linen in each guest suite.

“For example, the windows in each suite are now double glazed to better retain cold temperatures, therefore encouraging guests to use air-conditioning for shorter periods of time,” said Westbeld.

However, most of this information is not highlighted to travellers on Raffles Hotel’s marketing platforms.

Dr Victor Nian, Chief Executive Officer of Singapore-based think tank Centre for Strategic Energy and Resources, said such an approach eliminates the issue of greenwashing entirely. However, he cautioned that transparency is also very important.

“If a hotel publishes a sustainability report on their website, it’s often a positive sign that they are trying to do something. It also gives you a chance to compare sustainability among different hotels,” he said, adding that such reports are often endorsed by a verified body.

“But if they don’t publish anything, people won’t know what they are doing at all,” he said.

Laura Houldsworth, Asia Pacific managing director at Booking.com, an online travel agency, shared similar views: “We think hotels should be encouraged to share their sustainability initiatives. We believe in educating travellers and empowering them with the right knowledge, so they know how to avoid these pitfalls.”

Westbeld admits it can be difficult to prioritise sustainability as an ultra luxury destination.

“We will never compromise on service standards and guest experience,” he said. “For example, we won’t openly recommend guests not to change sheets. It is a guest’s choice — they can approach us and say they only want to change it every other day. But we don’t compromise on hygiene and comfort.”

Hotels also face constraints that they may not be able to immediately address.

According to Ricaurte, one of the biggest challenges in reducing emissions is the design of the building itself, since the key moments when those design decisions are made may not have factored in sustainability. This results in the hotel lagging behind on building sustainability standards.

Hotels are often also constrained by their location and local energy grid.

“In Singapore, if the electricity grid is mostly powered by fossil fuels, there’s very little hotels can do to decarbonise that,” said Dr Nian.

While there are still ways hotels can reduce their energy consumption, such as improving the air-conditioning efficiency or exploring rooftop solar, Dr Nian said that these measures often have limited impact in driving down absolute emissions. Hotels may also be reluctant to implement these changes due to cost barriers, he added.

Ultimately, as demand for sustainability grows, the notion of luxury may need to be redefined for travellers and hoteliers alike to meet their sustainability goals, says Responsible Travel’s Williamson.

“Luxury doesn’t have to be all about air-con and all-inclusives. It can also be about bespoke, authentic experiences and great personal service,” he said. “It could be a small, locally-owned hotel with its own vegetable garden and hosts who know the best off-the-beaten-track spots for hiking, food and culture. Or a small ship cruise which really gets you into the nooks and crannies of a place, instead of a colossal liner.”