WEF’s head of nature and biodiversity: we are using public funds to destroy public goods

As the United Nations Biodiversity Conference begins, Eco-Business sits down with Akanksha Khatri to talk about the importance of natural capital accounting and her dream of countries adopting a Gross Ecosystem Product (GEP).

The biodiversity crisis has been sidelined in the climate debate, with greenhouse gas emissions dominating the discourse by business leaders and heads of state.

However, the United Nations (UN) Intergovernmental Science-Policy Platform on Biodiversity and Ecosystem Services (IPBES) served a sobering warning in its assessment of the state of global biodiversity in 2019, warning that humans are drawing down stocks of natural capital faster than it can renew itself.

If humanity continues on the current trajectory 30-50 per cent of all species may be lost by mid-century, posing enormous risks to human prosperity and well-being.

With the world gripped by the Covid-19, there has been a turning point for the biodiversity crisis with the pandemic providing a stark reminder that human and planetary health are intrinsically interlinked.

“Everyone was overjoyed to see wild animals roam about in cities around the world, but that only lasted for the first three months. After that, humanity realised how much of a pressure we’re putting on nature and how we can’t continue with business as usual,” said Akanksha Khatri, head of nature and biodiversity at the World Economic Forum (WEF). 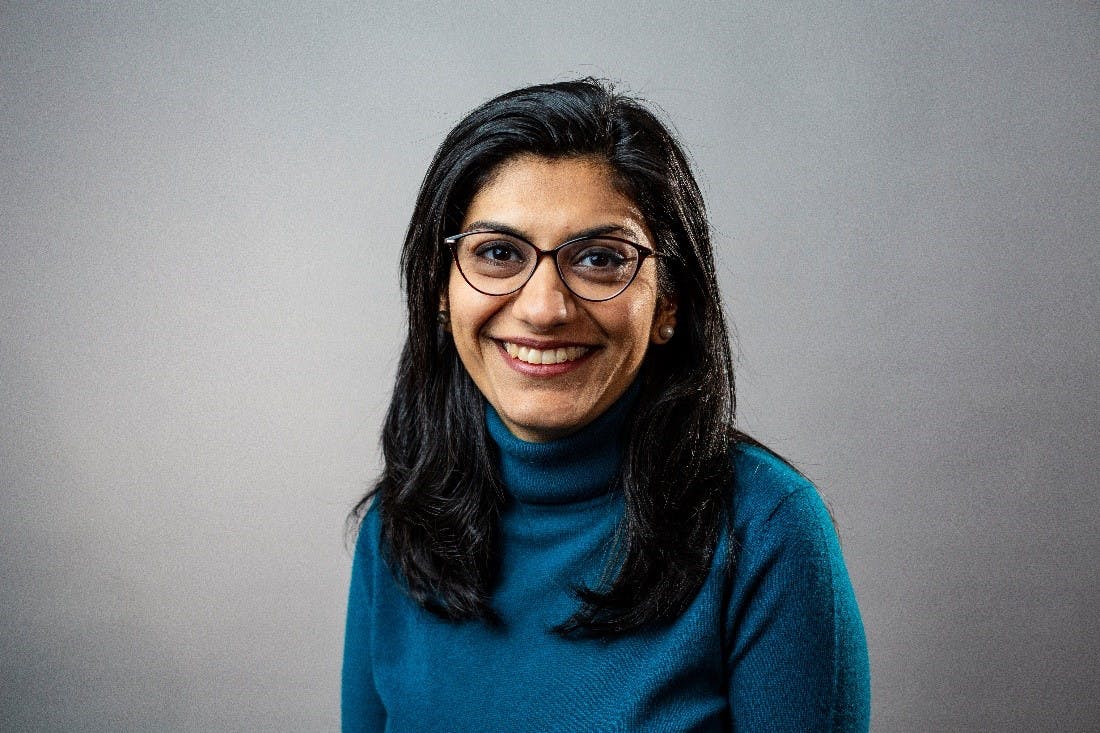 At the helm of the biodiversity team since 2018, Khatri led the creation of the New Nature Economy Report series that presents the economic case for businesses to play an active role in safeguarding nature and focusing on the drivers of nature loss rather than the outcomes of conservation.

The latest edition of the report is a deep dive into the Asia Pacific region in collaboration with Singapore state investor, Temasek and AlphaBeta, an economics consultancy. An upcoming report will focus on biodiversity in China.

Khatri also leads WEF’s work on catalysing momentum for action to safeguard nature at the UN Biodiversity Conference (COP15), which began on Monday until 24 October in Kunming China.

“COP15 will adopt the Global Biodiversity Framework. Think of it as the Paris Agreement for biodiversity. So this is what sets the targets which will then trickle down to businesses,” Khatri explains.

In this interview, Khatri discusses the importance of pricing natural capital and her dream of a Gross Ecosystem Product to replace Gross Domestic Product (GDP).

What does the New Nature Economy: Asia’s Next Wave report tell us that we didn’t already know before?

First of all, the report tells us that investing in nature is good for business. I think traditionally, people have said that economic prosperity and environmental safeguarding have to be against each other. But that’s not true, we can actually change our economic models, we can learn to live in harmony with nature, and still continue to grow. Our report found out that by moving to a nature-positive pathway, you can unlock US$10.1 trillion of business opportunities and 395 million jobs by 2030.

The report also lays out concretely where those business opportunities are. In particular, it looks at the differences between markets.

Lastly, we did this survey of investors and businesses in Asia Pacific region, asking them for both the barriers and the recommendations to move towards a nature positive economy. I was pleasantly surprised that one of the top things that came up was the pricing of externalities. They recognise that it’s important but they also recognise that we don’t have an agreed-upon metric currently.  We don’t have an agreement at the global level yet, but all I’m saying is that if we decide to come together to figure this out, there will be support from businesses.

What do you think are some of the major changes that we’ve seen in the last two years?

While it is a huge cost to pay, Covid-19 was a wake-up call that human health and planetary health are intrinsically interlinked.

We launched a report in July 2020, which was at the peak of the pandemic. And it was easier to go to decision-makers and say: “take care of the planet, not because the planet needs you—the planet will exist no matter what you do—but because we need the planet. We need to make sure that the Covid-19 recovery packages, the business strategies are all nature positive.”

After that, all the big political and economic actors started looking at nature and biodiversity. There was the G7 Communique that came out in May this year, which also referenced WEF’s report and talked about biodiversity for the first time at the same level as climate change.

And during the UN General Assembly last month, there were many more investments. A coalition of nine foundations said they would collectively spend US$5 billion by 2030 to protect at least 30 per cent of the planet’s land and sea. The European Union has decided to double its funding.

The question is, how are we going to deploy it on the ground?

Do you think that we are where we need to be right now in 2021, or that there’s still more work to be done?

I think there’s still so much work to be done. We can say that we have now mainstreamed biodiversity and nature as a priority for business and economic actors, however, we haven’t yet made it clear to them what they need to do and how to measure it.

And then the second thing, which is economically critical, is we haven’t figured out a way to price externalities into products and services. It just shocks me when I see a $2 t-shirt. It will eventually end up in a landfill, and who’s going to pay for that? It’s not going to degrade in that landfill if it’s polyester, etc. So we’ve not accounted for that externality, looking at the lifecycle of the product.

What is the current discussion around trying to price externalities?

So if our goal is to halt biodiversity loss by 2030, and if we break it down into water, land, biodiversity, and freshwater use, what is the science-based responsibility for each of the companies? We need clear metrics and the methodology to reflect on it.

The second is, when talking about externality, we need to start valuing natural capital and ecosystem services.

The UK Treasury commissioned Professor Sir Partha Dasgupta from Cambridge University to do a study (The Economics of Biodiversity: The Dasgupta Review) of biodiversity economics. He identified something simple, but brilliant—that we value human capital, financial capital, and what he calls produced capital or physical capital, which has consistently been increasing over the past 100 years.

But the natural capital, which underpins all of it, has been consistently declining. None of our balance sheets actually reflects natural capital. The only thing that keeps us alive are the ecosystem services: clean air, clean water, clean and nutritious food. But we don’t value them at all.

There are some companies which have done that. So Kering [a French luxury goods company] and Puma [a German sportswear company] have done natural capital accounting, called environmental profit and loss (P&L). But these are pockets, nothing’s happening systematically.

Imagine, in the future, if in addition to the gross domestic product (GDP), what if every country had to produce a Gross Ecosystem Product? That is my dream.

If we start to price products as they should be and take into account natural capital, would we expect the price of things to go up significantly?

The question which always comes up is will the price go up and if it does, who will pay for it? I look at it in a few different ways. Today there are subsidies for fossil fuel and agriculture—those subsidies come from public funds, that’s your and my money. We are paying for it without realising. Today we are using public funds to destroy public goods. So it’s also about shifting the money that we are already spending towards a different place altogether.

Let’s also recognise that today, more than 60 per cent of the agricultural land is either degraded, or soon to be in the degraded state—the cost of food will go up whether you like it or not, because we are harming soil so much.

We need to analyse where the greatest negative impacts on nature are and where are the areas for value creation. Then we need to switch the way we incentivise it, create more value when you benefit nature, and tax more when you harm nature.

I would also argue that as consumers, we’re definitely already paying, it’s just that money is not equally distributed in the value chain. We pay more than US$5 for a cup of coffee in any fancy chain but the farmers who produce the coffee beans sometimes get less than US$3 a bag.

What we are paying for now is very mindless, an average consumer a couple of decades ago used to spend about a third of their income on food, but now that has fallen down to 10 per cent. Money is getting spent on different things, it’s getting spent on things that harm our health.

Mandziuk joins the alliance at a time when the hotel industry is recovering from Covid-19 while facing calls to sharply decarbonise.
Glenn Mandziuk joins Sustainable Hospitality Alliance as chief executive

Leong is joining the insurance giant a month after the company committed to achieving net-zero emissions by 2050.
AIA appoints Leong Li Sun as Singapore head of ESG