The department of agrarian reform has issued a “cease and desist” order against San Miguel Corp and Linseed’s gas facilities being built along the biodiverse Verde Island Passage. But it is unsure if the developers have followed the order.

The Philippines’ department of agrarian reform (DAR) has called for the development of two new gas projects near a marine life-rich waterbody in the southern part of the Luzon island group to be “immediately stopped”.

In an order dated 22 August but released to the media on Thursday, the DAR found that two gas plants were being constructed on land only meant for agricultural purposes.

“Although there was an application for [land] conversion filed on 26 May 2022 by the corporation, it was still apparent from the ocular inspection and their own admission that the development started even before the application was approved,” read the order signed by Cupido Gerry D. Asuncion, DAR regional director of Southern Tagalog.

The department’s order was in response to a complaint letter filed by groups advocating for the protection of the Verde Island Passage, along which the gas projects are situated. The passage spans 36 marine protected areas (MPAs), and is regarded as one of the world’s most biodiverse coral regions.

“This would have gone on if not for the vigilance of local stakeholders. Now that it finally recognises that illegal activities are going on, DAR must take action and hold SMC-EERI and AG&P-Linseed accountable,” said Gerry Arances, executive director of CEED.

There are tens of thousands of small-scale fishers and eco-tourism workers on the coast of the Verde Island Passage, which bring in several millions of pesos of revenue for the province, read the letters.

These sectors are the most vulnerable to the disposal of liquid waste and bilge water from ships and oil spills associated with the construction and operation stages of the gas facilities, the letters stated.

The companies did not reply to their messages, according to CEED. 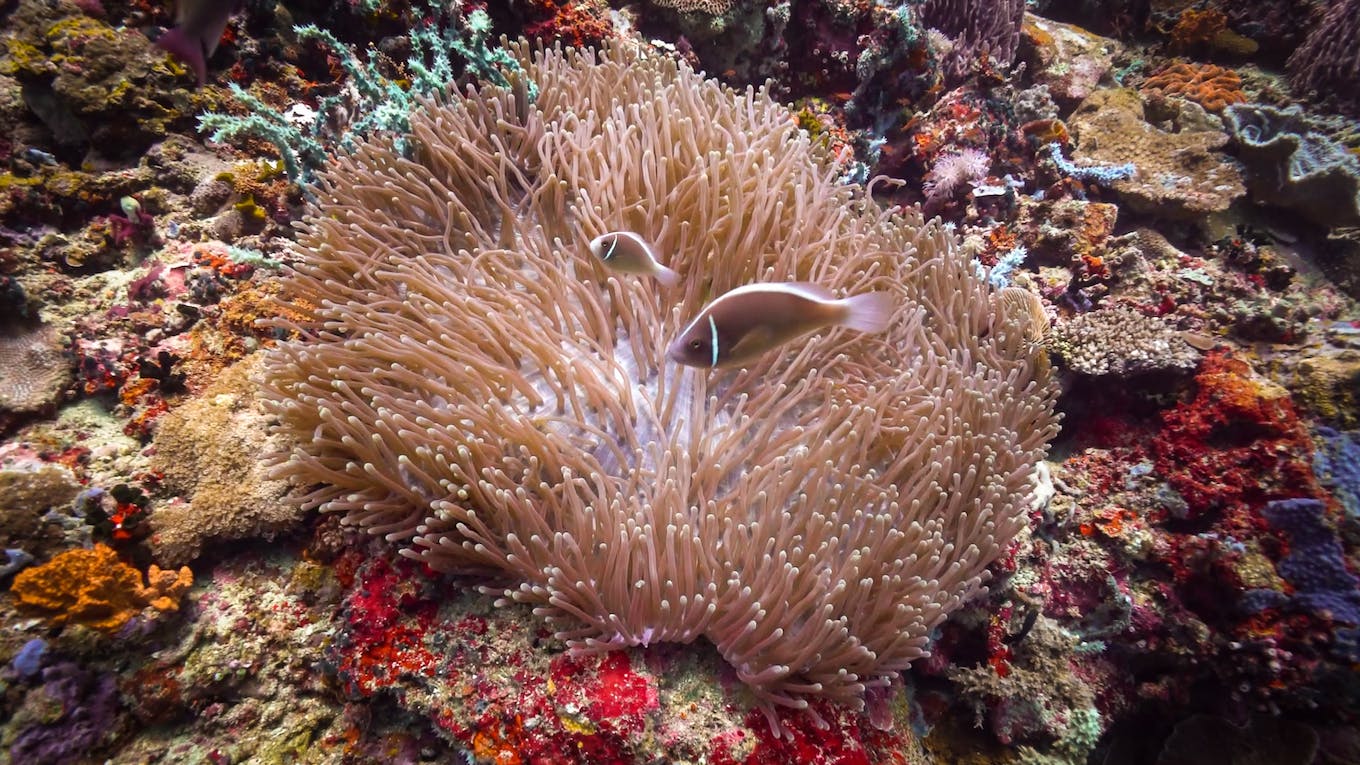 The Verde Island Passage is home to species such as whale sharks, sea turtles, nudibranchs and an impressive array of corals. It thrives upon coastal tou​rism, fisheries, and as a shipping route to the international ports of Batangas, Manila and Subic Bay. Image: Boogs Rosales

Keeping a watchful eye on DAR

While activists called the department’s order a “victory” for the environment and affected communities, they said it is still unsure if the energy firms have indeed the stopped the construction of both gas projects.

SMC-EERI and AG&P-Linseed likewise did not respond to requests for comment if they have stalled construction or have sought for land conversion clearance to continue the projects.

“It is crucial for DAR to enforce its jurisdiction in ensuring that the cease and desist order is implemented,” Arances told Eco-Business.

“Given the massive land clearing operations and construction that have happened already without a conversion order, DAR should file a complaint to hold the companies liable. We will file a letter to DAR asking for this, but should it refuse, we can pursue the legal action ourselves.”

SMC has the biggest ownership share of proposed gas power plants in the Philippines, according to a 2021 CEED study. It is responsible for a fifth of the total planned capacity through its subsidiary Excellent Energy Resources Inc.’s pending project.

Natural gas, which currently accounts for over 21 per cent of the Philippines’s power generation, is considered a cleaner-burning fuel because it releases up to 60 per cent less carbon dioxide than coal. But experts have flagged the climate impacts of methane—a powerful greenhouse gas—that is emitted during its production, transportation and combustion.