‘Leave no one behind’: Unleash-ed talents make sustainability more accessible

A thousand young changemakers from all over the world gathered in Singapore to solve global issues. Here's what they came up with.

Finding simple, affordable solutions to the Sustainable Development Goals (SDGs)—a set of targets that seek to create a clean, green and fair world by 2030—was the ultimate aim of this year’s edition of Unleash, which was held at the Suntec Convention Centre in Singapore last month.

“Last year, the big driver was high tech. This year, it has been much more about how we serve the community and solve specific community problems with low-tech, easy-to-implement solutions that don’t cost too much,” said Unleash director Henrik Skovby, adding that the expenses of all participants were covered to ensure the programme was accessible to all.

With one-tenth of the world’s population living on less than US$1.90 a day, ensuring that sustainable development solutions are inclusive, affordable and accessible is critical to achieving the SDGs, he said.

One of the world’s largest sustainability innovation programmes, Unleash brings together more than 1,000 young minds from all over the world annually. This year’s edition of Unleash was a partner programme of the 2018 Ecosperity conference which gathers business leaders and innovators to explore sustainability topics with a business focus.

The key to finding such solutions is embracing diversity, said Skovby, noting that this year’s programme drew people from over 110 countries.

“By bringing in diversity, we bring in resilience. Whatever idea you come up with is being tested from all kinds of angles because you have people from different countries, professional backgrounds, cultures and biographies,” he said.

We are blindfolded by the fact that we live in different societies. If we don’t interact, we don’t realise what the issues are.

Diversity enabled participants to share best practices from their respective countries and understand where solutions are needed most, said Kamal Kassim, an Unleash participant from Nigeria.

“We are blindfolded by the fact that we live in different societies,” he said. “If we don’t interact, we don’t realise what the issues are. If you live in a society that has no problems, then you don’t have projects; you don’t have things to work on.”

“We got the idea because I shared what is actually happening in Lagos [Nigeria’s capital city of 20 million people],” he said. “From there we realised that it doesn’t just pertain to Lagos, but to many other developing countries.” 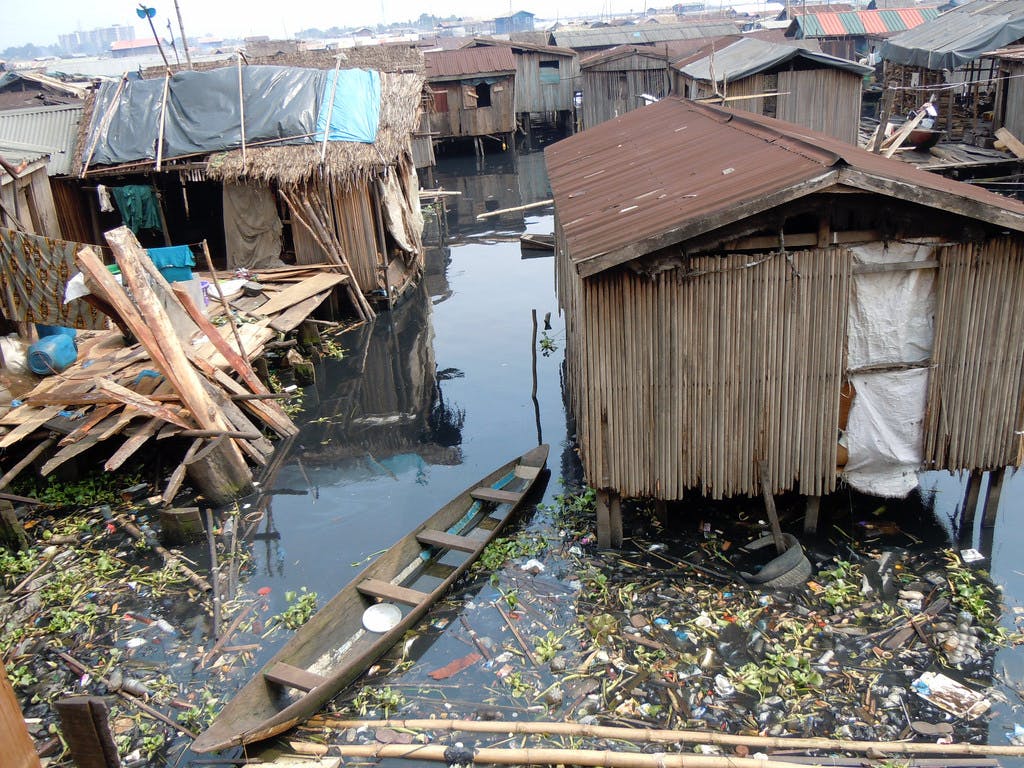 Solutions where they are needed most

Among the most memorable solutions were those that sought to help the world’s poorest or marginalised communities. The Sani Hive, which won the award for global scalability potential, is one such solution. Seeking to improve access to hygienic sanitation in South Africa’s slums, the Sani Hive uses an integrated urine treatment system to produce fertiliser and compost.

Another idea titled ADYA addressed the lack of physical activity among women in India, which places them at higher risk of getting non-communicable diseases such as diabetes or heart disease.

Many girls in India cannot afford to go to the gym, and even if they could, feel uncomfortable working out in front of men, according to team Spice Girlz, which won the award for gender equality. To tackle the issue, they designed a social franchise run by women who are trained to be fitness instructors and take advantage of unused facilities including offices and school spaces on weekends.

By replacing the gym with unconventional rented spaces, the team is able to offer classes at a fraction of the usual costs, and by training female trainers, they empower and enable women to earn extra money. 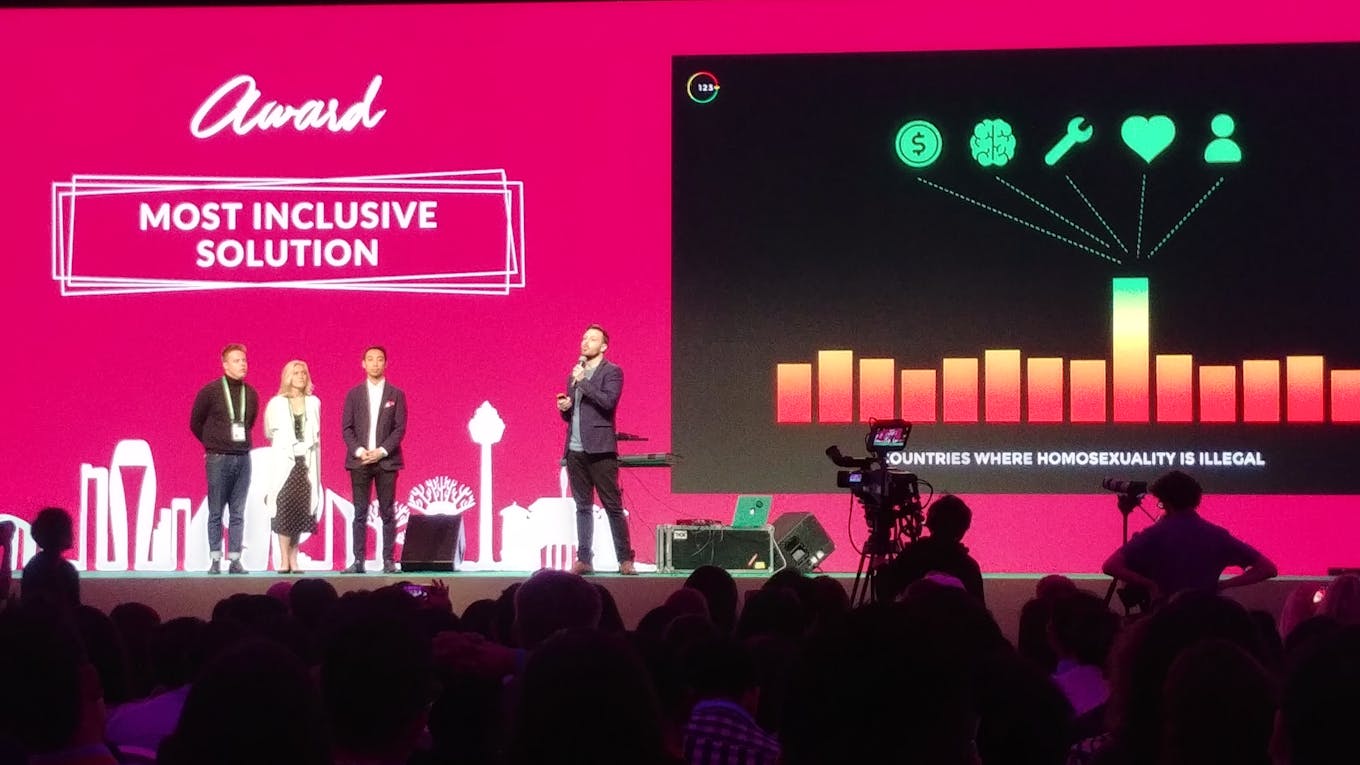 Unleash talents present their solution titled 123+, an online portal they hope will advance the acceptance and legalisation of homosexuality around the world. Image: Eco-Business

Addressing the impact of social exclusion of the LGBT community on mental health, another solution titled 123+ aims to facilitate the legalisation and acceptance of homosexuality around the world through an online portal that connects the community and enables members to share knowledge and direct resources where they are needed most.

“It doesn’t matter where we are in the world. If you’re part of the LGBT community, we’re used to fighting. And we’re good at fighting, but we need to rally together better,” urged Lee Crockford, Unleash participant and member of the 123+ team.

“A hundred and twenty-three countries have legalised homosexuality around the world, but there is still another 72 to go, the country that I’m in being one of them. We invite [Singapore’s president] Madam Halimah Yacob and Singapore to be country 124,” he said.

Bringing an idea to life

Creating solutions at Unleash, however brilliant they may be, does not automatically mean that they’ll be implemented.

“Solutions have to be monetised. There are many great ideas, but if it is not self-sustaining then it’s not sustainable in the first place,” said Maggie Lee, the market transformation manager at World Wide Fund for Nature (WWF) Singapore.

“Teams need to keep working on their ideas. Whatever you create in five days, it’s very hard to get investment immediately,” said Skovby, explaining that teams that pursue their ideas beyond the Unleash programme can receive ongoing financial backing from the event’s partners.

“There is plenty of capital in the world. Right now it is just not being directed to the right places—and that’s what we want to change,” he said.

“Every team idea has a different pathway,” he added. “It’s not like a team receives a massive amount of money and then it’s done. You need to put it into the right hands, and that’s what we try to do.”

What does a sustainable city mean to Singapore's youth?

More Asian firms are selling sustainability—but are consumers buying it?

Companies in Asia are coming up with innovative business solutions to solve the world’s myriad of challenges. But they cannot do it alone. Asia’s billions of consumers need to show that they’ll pay for sustainability.
More Asian firms are selling sustainability—but are consumers buying it?

Why we need to rethink how we produce food

With rapid urbanisation sweeping Asia-Pacific, the food industry is under pressure to feed 4.5 billion people with nutritious food that doesn’t cost the Earth.
Why we need to rethink how we produce food

More than 60 per cent of the world’s young people live in Asia-Pacific, where calls to protect the environment now ring the loudest.
Environmental issues are top priority for Asia’s youth