Indigenous leader in Philippines 'red-tagged' and killed over dam opposition

The killing of nine Indigenous leaders by police during an operation in the central Philippines on 30 Dec 2020, has drawn widespread condemnation from environmental and human rights groups, politicians, lawyers, and Catholic bishops.

At dawn on 30 Dec 2020, police officers raided Indigenous villages within a military reservation camp in the central Philippines in search of alleged members of the New People’s Army, the armed wing of the banned communist party.

During the raid, authorities killed nine leaders and arrested 16 members of the Tumandok ethnic group.

The Philippine National Police (PNP) and the Criminal Investigation and Detection Group (CIDG), who led the synchronized raids on the island of Panay, said the members were rebel sympathisers.

Human rights and environmental groups have linked the raids to two major dam projects in the area: one on the Jalaur River and the other on the Panay River.

Lawmakers and local groups say the targets of the raid, especially those who were killed, had been opposed to the ongoing construction of the controversial Jalaur dam in the nearby municipality of Calinog.

Indigenous groups there have long complained that the project is destroying their ancestral domain.

The PNP’s internal affairs division has opened an investigation into the raids, but insists those killed and arrested were NPA supporters.

Roger James Brillantes, a police colonel who heads the internal affairs office for the Western Visayas region, said at a press conference that the operation was part of a government campaign against rebels.

“The PNP did the raid because it is armed with warrant of arrests,” he said. “There is an ongoing investigation if the operatives have conducted lapses in its operation.”

Police allege some of the Indigenous leaders fired at officers during the raids, prompting a return of fire in which the Indigenous men were killed. Police reportedly seized some firearms from the operation.

But those arrested deny there was any resistance on their part, saying the police raided their homes at about 4 a.m., when they were asleep. The Indigenous groups say the firearms and explosives the government says it seized were planted.

The Jalaur project is the first large-scale dam to be constructed in the Philippines’ central and southern Visayas and Mindanao regions.

Eighty percent of the project cost, nearly $208 million, comes from a loan from the Economic Development Cooperation Fund (KEDF) of South Korea, issued through the Export-Import Bank of Korea in 2012.

In 2018, the Philippines’ National Irrigation Administration signed a 11.2 billion peso ($224 million) contract with South Korea’s Daewoo Engineering and Construction for the second stage of the Jalaur project.

The project is expected to provide year-round irrigation, bulk water supply, hydroelectric power, and ecotourism opportunities for the communities on Panay Island. 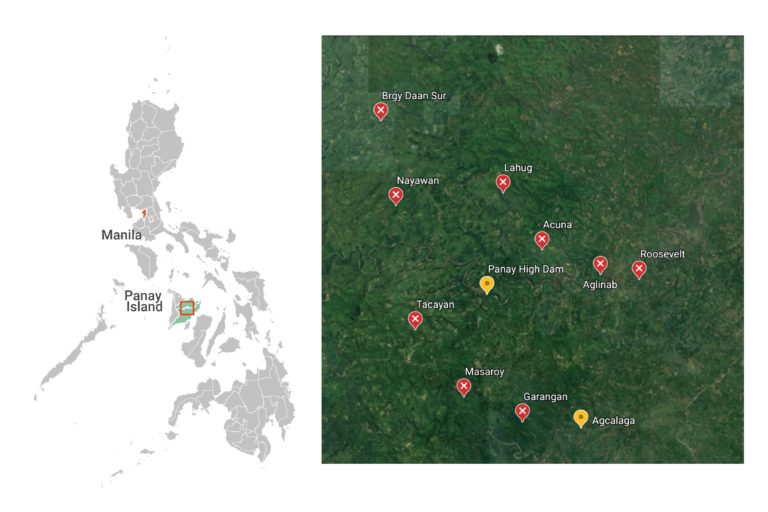 The red marks are the location of the Indigenous barangays or villages that were included in the police raid last Dec. 30, 2020. The nine slain Indigenous leaders came from these areas. The yellow marks are the proposed sites of the Panay High Dam, part of the Panay River Basin Development Project; and the town of Agcalaga, where South Korea’s Daewoo Engineering and Construction conducted a ground breaking ceremony for the second phase of the Jalaur River Multi-purpose Project. Image: Location map made via Google Earth.

The fact that those most opposed to the project were killed in a purported operation against communist sympathisers is no coincidence, groups say.

On 11 Dec, the nine Indigenous leaders killed were part of a Human Rights Day rally, in which they protested against the dam projects.

They were accused of being rebels that same day — a practice known as “red-tagging” that is often used to justify a subsequent crackdown by the police or military.

“Their strong resistance against the development projects have made its members become subject of red-tagging by the National Task Force to End Local Communist Armed Conflict (NTF-ELCAC), and harassment through intensified military presence in their communities,” the Panay chapter of the Philippine Misereor Partnership Inc. (PMPI), a network of NGOs and advocacy groups, said in a statement.

An ‘excuse’ to kill

The deadly raid on Dec. 30 has also sparked political fallout. On 4 Jan, members of Congress filed a joint declaration calling for a deeper probe into the incident.

“This mass killings and arrests of indigenous peoples in Panay, in the middle of a pandemic no less, is highly condemnable, and has no place in society,” six representatives from four parties wrote in their declaration.

“The brazen killing of the poor and marginalised indigenous peoples is an indicator of the state of human rights in the country as well as the raging impunity that seems to reign over our land.”

The Panay chapter of the National Union of Lawyers of the Philippines (NULP) also condemned the killings, calling them “identical to the killings of farmers in Negros Oriental on March 30, 2019.”

In that incident, 14 people were killed in synchronised police raids in three municipalities in Negros Oriental province. Police similarly accused those killed of being armed NPA sympathisers and firing on officers.

“It appears that the service of these warrants was nothing more than an excuse to carry out an operation intended to kill and arrest local leaders of Tumanduk communities that have been actively advocating for the rights and interests of farmers and indigenous peoples,” NUPL-Panay said in a statement. 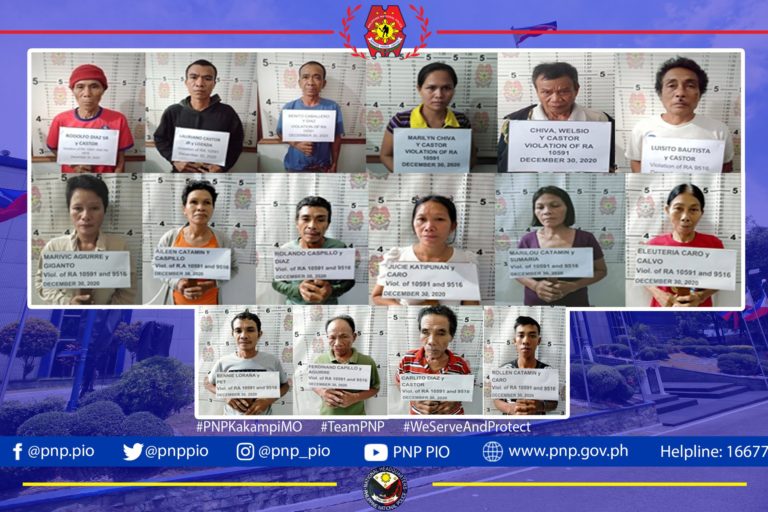 Images of the Indigenous members from the Tumanduk community who were arrested during the Dec. 30, 2020 security raid in Panay Island, Philippines. Image: Police Regional Office-Western Visayas.

The clergy in this staunchly Catholic country has also raised concerns over the killings.

In a joint statement, eight bishops representing dioceses in the Western Visayas region issued a demand for the government to thoroughly investigate the raid.

They also called on the government to listen to the “legitimate cries of the Tumandoks over the Jalaur mega dam issue”; end the militarisation of Indigenous communities in the area; compel the PNP and the military to follow ethical standards in the rules of engagement, and require police officers to use body cameras to protect parties against false accusations.

The government, through its Western Visayas Regional Task Force to End Local Communist Armed Conflict (RTF-ELCAC), has responded by calling the bishops misinformed on the issue. Flosemer Chris Gonzales, a lawyer for the task force, said the clergymen may have been deceived by the propaganda from the NPA.

“We caution the bishops from making hasty, false, and presumptuous conclusions,” he said.

“We would like to think that you have all been misinformed. As Catholics, we adhere to the teachings of the Church but that does not equally mean that our bishops are not prone to errors in judgment. The individuals who were arrested were subjects of legitimately issued search warrants. You cannot conclude that atrocities were committed. That is simply irresponsible.”