French environmental giant Veolia has found a niche in looking at energy and water from an integrated perspective to eliminate waste and reduce environmental impact.

Around the world, millions of people are familiar with the ubiquitous ‘Veolia’ logo that many bin lorries and other vehicles carry on the side. The French environmental giant – which employs 174,000 people in well over 45 countries – has been helping cities and companies deal with water, waste, and energy.

Most recently, it has begun generating entirely new resources for its clients – such as energy from organic waste or recycled food-grade plastics. The advances in Veolia’s services, to a large extent, reflects how the world has evolved, says Veolia’s Global Food, Beverage and Biofuels Market Director Laurent Panzani.

In a recent interview at the Singapore International Water Week held in Singapore, Panzani notes how there is now a greater focus on environmental impacts and the efficient use of resources worldwide, and nowhere is this more evident than in its food and beverage operations.

“There’s momentum for both large and small companies to produce more sustainably. Veolia has everything needed to ride that tide thanks to years of expertise in water cycle, energy, and waste management,” he says.

Veolia has its roots in a French water company that began life in 1853. It began to diversify in the 1980s, into sectors such as transport and property, and took on the Veolia name in 2003 while refocusing on water and the related energy and waste sectors.

Waste in a circular economy

In the years in between, the environmental services sector has become more circular and more complex, he explains.

Waste is no longer just a question of disposal for cities and companies; Veolia is looking for new ways to reuse and recycle all waste streams in a bid to reduce environmental impact as much as possible, and produce a new stream of revenues for its customers.

The final objective is to create a general momentum to gradually move to higher environmental awareness that will benefit industries, cities and communities.

Instead of simply securing inexpensive water or energy for its clients, Veolia is looking for new sources of energy or water, recycling, and designing more efficient processes.

Even 15 years ago, says Panzani, “companies didn’t have the mindset of thinking about the environment, the eco-system, raw material producers and how they all interact.”

Now, he says, the major FMCG companies that he deals with – such as Danone, Nestlé, Coca Cola, Diageo, Mars, Heineken and many others – demand that their partners have an integrated understanding of waste, energy, and water.

This involves thinking about issues like carbon footprints, secure water supplies, and turning waste into a resource, he adds. Crucially, these are not just corporate responsibility issues, but ones that impact businesses’ bottom lines.

Veolia is finding success in using its experience and expertise to cut energy and water bills for their clients, for example, by turning waste and/or wastewater into biogas.

While the costs of energy use and waste disposal are often obvious to a company, the role and cost of water use and disposal can be more difficult to understand.

This provides a more integrated understanding of how water impacts their business beyond the simple price charged for the water used in their operations.

As environmental awareness grows and scrutiny increases, companies must listen to and engage with public concerns, for instance, over pollution or over-use of water.

If not, they might find themselves boycotted, or find their brand reputation under threat from activists using the viral power of social media.

In many developing countries, legislation is lagging behind in regulating industries amid increased awareness among consumers about how company practices can harm local communities or the environment.

Panzani argues that this means Veolia should help companies look beyond the current legal situation in developing markets to consider issues that are not on other companies’ radar. The final objective is to create a general momentum to gradually move to higher environmental awareness that will benefit industries, cities and communities.

In some parts of India, for example, wastewater is ejected into the environment with no or just a very basic treatment, or is used for “irrigation” purposes. Rather than simply obeying local rules, larger international concerns should therefore import their best practices from elsewhere.

“Large companies are often leading the way in order to put in place the right limits and show the governments how they can act,” says Panzani. Some countries are constrained as they cannot simply implement wastewater treatment plans and impose sudden costs on local businesses.

Instead, he says, “we have to show not just that this is possible, but that it’s possible at an acceptable price.”

Veolia also has to adjust to different approaches to the food and beverage business between the developed and developing world. 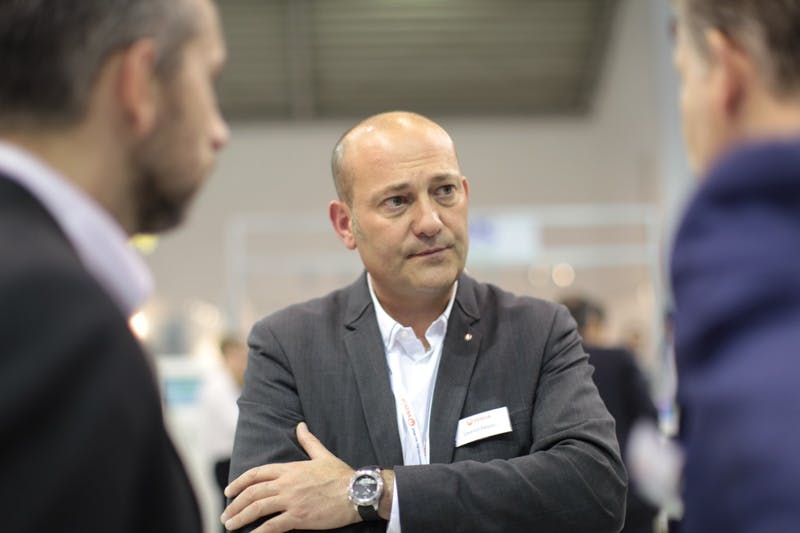 In more mature markets, they have to help companies looking at the premiumisation of their products; that is, making them more exclusive, higher quality, healthier or more advanced, in an effort to increase profits.

Food giant Danone, for instance, has just bought a US-based company that makes organic products, as it is a strong trend in mature economies. Since the formation of the Danone-Veolia alliance in December 2015 during the COP 21 in Paris, Veolia has helped Danone rethink how to deal with water, energy, and waste to fit in with its traditional businesses and will certainly continue to do so in the near future also with the organic nature of their new US operations.

In contrast, developing markets are far more concerned with volumes, standardisation, and deploying quickly once consumers take to a particular product.

“You have to go quick, quick, quick,” says Panzani. Veolia is able to respond quickly to such situations, analysing entire facilities and co-designing them so they can scale up the production and distribution of the favoured product.

If a company does not have an integrated understanding of how this swift scaling-up of capacity impacts how it uses water, energy, and waste, it will struggle to maximise profits even as the product flies off the supermarket shelves, he notes.

On these challenges, Panzani’s mantra remains the same: only the kind of integrated understanding that Veolia has can help companies in the food and beverage sector grasp the complexities, challenges, and opportunities of doing business in the modern world.

“There’s a big momentum for both large and small companies to produce more sustainably,” says Panzani. “And because Veolia has built up its expertise over almost two centuries – in the water cycle, energy, and waste management – for me it’s a kind of sweet spot, because we have all this experience to share.”