The 2°C global warming scenario is gloomy, but a 1.5°C increase isn't much better. Life for billions of people in the region is still going to get worse, according to the latest studies.

From Islamabad to Port Moresby, from Beijing to Canberra – big changes are coming, and we’re not prepared.

Floods, fires and heavy winds are some of the dangers heading our way. Even if the global community keeps to the 1.5 degrees Celsius limit to climate change.

Scientists have often cited 1.5°C as a better alternative to 2°C of global warming in efforts to coax governments and businesses to act early against the threats of severe climate risks. But the lower temperature limit is still set to bring significant hazards.

In this piece, Eco-Business takes a look at what crossing the 1.5°C threshold means for climate-exposed Asia Pacific.

Crossing that temperature increase is inevitable. The Intergovernmental Panel for Climate Change (IPCC) said in August that the threshold could be reached by 2040. This month, the World Meteorological Organisation (WMO) provided statistical details.

“Time is running out to meet the ambitious goal laid out in the Paris Agreement – to limit warming to well below 2°C above pre-industrial levels,” said Professor Benjamin Horton, director of the Earth Observatory of Singapore.

“Attitudes towards climate change have shifted in the past decade. Where once there was ignorance, inattention and disbelief, there is now concern,” he added.

For the nearly 750 million people living in South Asia’s largest river basins of the Ganges, Indus and Brahmaputra, mid-year monsoon storms could get 10 per cent heavier when temperatures increase by 1.5°C, worsening the risks of heavy flooding.

In China, Japan and the Korean Peninsula, the frequency of what’s considered a once-in-20-years rainfall event today may more than double at 1.5°C.

Sustained rainfall across five days, a common gauge of heavy rain, may also be 30 per cent heavier in some parts of Indonesia and mainland Southeast Asia.

Although better disaster response has led to lower deaths over the years, flooding still exacts a heavy financial toll on Asia – the region has been losing about US$28 million a year in the past decade due to heavy damages and low insurance rates.

Globally, at the current 1°C of global warming, a one-in-10-year torrent is already 30 per cent more likely to occur compared to pre-industrial times. At 1.5°C, the figure rises to 50 per cent, according to the IPCC. The rising trend is most obvious in Asia and Africa.

Meanwhile, tropical typhoons in the Pacific Ocean are expected to occur less frequently but with greater intensity. Such storms in the past decades have already been found to bring stronger winds and reach further inland.

Typhoon Rai, the strongest storm to hit the Philippines last year, left 400 dead and more than US$500,000 worth of damages to crops and houses.

India and Pakistan are currently reeling from a heatwave that brought daytime temperatures close to 50°C. The death toll of around 90 deaths reported in early May is widely thought to be underestimated.

Worse is to come at 1.5°C of global warming. Places already prone to heat waves may get up to four more days per year of daytime temperatures high enough to limit outdoor work – at 32°C on a wet-bulb thermometer – totaling over a week in regions around Bangladesh, eastern India and parts of Pakistan.

There may also be one more day of potentially lethal heat – at over 35°C – adding up to over two occurrences per year on average, especially over eastern Pakistan and western India.

These wet-bulb measurements, which indicate temperatures at maximum relative humidity, could be several degrees lower than the actual air temperature people feel, especially if they are directly under the sun.

Night time temperatures in the region could increase by around 10 per cent on average too, giving people no respite from the daytime inferno.

Similar trends are expected over much of the Asia Pacific 1.5°C of global warming, with severe heatwaves expected to occur at least once every five years in parts of Southeast Asia, and once every 10 to 30 years in Northern Australia.

Cities get it worse, because concrete surfaces trap more heat. Kolkata, capital of West Bengal in India and home to almost 15 million people, is already about 2.6°C hotter than nearby rural areas. Sydney is about 0.2°C over its surroundings. 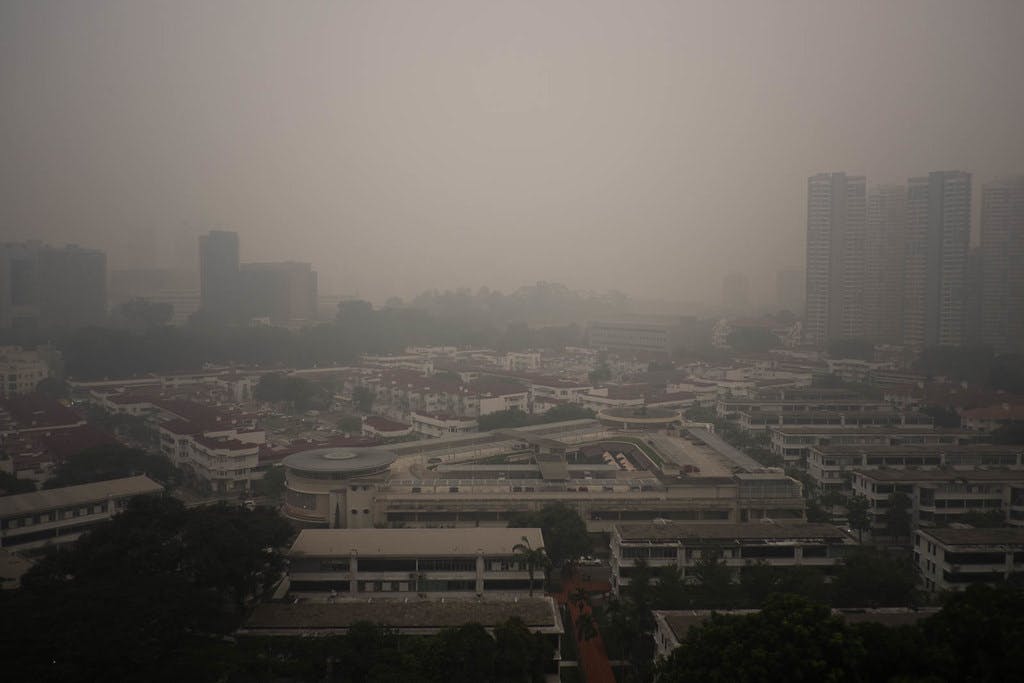 Forest fires are expected to worsen at 1.5°C, especially during El Nino periods. The climate event is a natural phenomenon that warms the eastern part of the Pacific Ocean and influences global weather patterns – such as creating longer droughts in the Asia Pacific region.

An especially bad episode of forest blazes occurred in 2015. Close to 30 people died in Indonesia, where most of the fires occurred, while schools across the region closed due to the thick haze. One study estimated that the probability of having tinderbox conditions worse than 2015 in a 1.5°C warmer world was over 80 per cent.

This may be one of the bright spots at 1.5°C, though benefits are uneven. Crop yield could increase in parts of temperate Asia and Southern Australia, but drop in tropical Asia.

South Asia could also be particularly vulnerable to instances of extreme low yields due to heat stress.

India’s wheat production this year is already expected to be pummelled by a series of heavy rains followed by intense heat. It has restricted exports, adding to the looming food crisis from Russia’s invasion of Ukraine, another major food basket in the West.

As temperatures rise and rainfall patterns change, fertile regions could shift into land used for other purposes, creating more problems for governments and land owners.

The oceans won’t rise overnight, but the creep up is already noticeable for many coastal communities in Asia. If global warming is kept to 1.5°C, sea levels may be 0.55m higher at the end of the century.

Further warming could lead to oceans rising by about a metre. Currently, 157 million people in tropical Asia live on coastal land less than 2 metres above sea level, and are vulnerable to inundation and storm surges. Many of them live in dense settlements in Bangladesh, Thailand and Vietnam.

I think the evidence is clear. Pre-emptive adaptation would considerably lower some climate risks substantially.

Governments in the region have started taking steps to keep the waters at bay, such as by restricting development in coastal areas of Indonesia and raising beachside roads in Singapore.

It is all but certain that Australia’s coral reefs will be decimated even at 1.5°C of global warming. The Great Barrier Reef has been bleached by warm ocean waters in four of the past six years, a rate not seen in recent human history.

Oxygen levels in the Pacific Ocean could fall about 10 per cent at 1.5°C, a dip small enough to recover from.

Highly deoxygenated areas, termed “dead zones” because they cannot support marine life, are already found in the Bay of Bengal and the Arabian Sea. While they may have initially formed due to agricultural runoff, climate change and ocean heating is expected to make things worse.

For tropical forests in Asia, further warming could bring about higher tree mortality from drought and fires. Huge rains could also wash nutrients away from the soil, impeding plant growth.

“The overall pace of adaptation and climate resilient development is patchy; they are not considered by some governments but are taken seriously by others,” said Associate Professor Winston Chow, a climate scientist at the Singapore Management University who worked on the latest IPCC report on climate adaptation.

“I think the evidence is clear. Pre-emptive adaptation would considerably lower some climate risks substantially, and commensurate costs of such adaptation are generally worth the benefits as we’ve assessed in the IPCC,” said Chow.

Prized rare metals sitting at the bottom of the sea could play a key role in creating an environmentally sustainable future on land, but scientists worry that deep-sea mining could irreversibly damage a vast and largely pristine ecosystem.
Explainer: what is deep-sea mining?