Eco-Business turns 10: A decade of reporting on sustainable development in Asia

As Eco-Business celebrates its tenth anniversary, we ask: what is Asia Pacific's sustainable development story so far?

Ten years ago, frustrated by the dearth of coverage of environmental and social issues in the mainstream media in Asia, journalist Jessica Cheam launched Asia-focused sustainability publication Eco-Business in 2009.

This was in the run up to the failed United Nations Framework Convention on Climate Change negotiations in Copenhagen, when political leaders squabbled and dallied over a deal to limit global warming to 2 degrees Celsius to avoid the worst consequences of climate change.

“It was in this mood and era that Eco-Business was born,” said Cheam at an event to mark the tenth anniversary of Eco-Business at the SDG Collaborative in Singapore on Thursday evening.

With support from the British High Commission and the Singapore Environment Council, which was spent on the development of the website, Eco-Business set out to cover the “issues that nobody was talking about,” Cheam said.

Singapore does not yet understand that climate change is a national security issue. In 15 years, there will be 3 million people on boats who want to come here.

Around the time of the Copenhagen talks, Google searches for the term “climate change” reached a historical high, but immediately after the negotiations had concluded, climate coverage fell dramatically, Cheam recounted.

“The challenge was keeping it [climate change] in the news, and trying to frame it not just as an environmental issue but one about economic growth, social impact and how the world is managing our natural resources,” she said to a 150-strong audience at Eco-Business’ work space at Bridge+ in Singapore.

Eco-Business has since been the region’s leading platform for bringing global thinking on sustainability trends such as the circular economy, shared value and responsible business to Asia.

Concluding her talk, Cheam announced the newly-revamped Eco-Business website, a more streamlined and visual version of the previous site that now features all its content organised into the United Nation’s 17 Sustainable Development Goals (SDGs).

She also launched Eco-Business’ non-profit sister organisation EB Impact, which is focused on delivering programmes and training to underserved communities in Asia Pacific.

Eco-Business also unveiled a brand new website for its flagship climate initiative, Changing Course, which hosts its 2018 Antarctic exhibition online and in the year ahead, will feature a new documentary on the climate story and connections between the Arctic and Asia, culminating in an exhibition later this year. 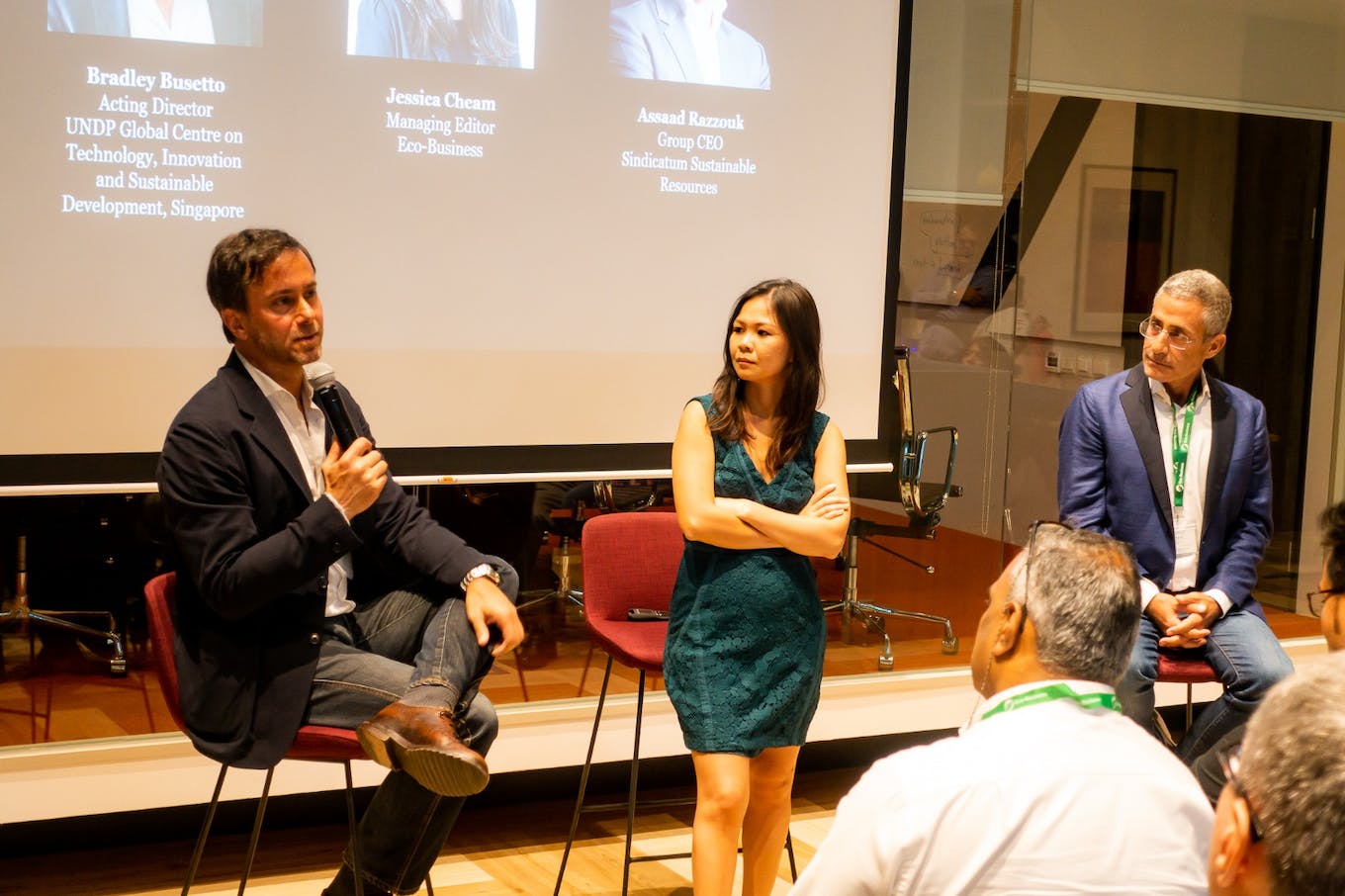 So, a decade after the launch of Eco-Business, what is Asia’s sustainable development story?

In a panel discussion that followed Cheam’s speech, Assaad Razzouk, the outspoken chief executive of renewable energy firm Sindicatum, pointed out that Southeast Asia is a global laggard for renewable energy and responsible investing, and Singapore could do more to lead the region’s transition away from fossil fuels. 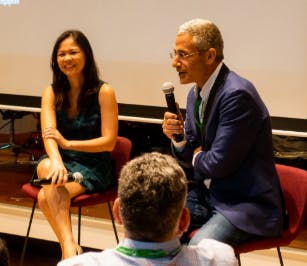 “Africa is doing better than Southeast Asia [at installing renewable energy],” said Razzouk, who recently launched a new podcast, the Angry clean energy guy. “Indonesia, which has a population of 270 million, has less installed solar capacity than Finland, an Arctic country with a population of 5.5 million.”

The Philippines is faring “much better” than the rest of Southeast Asia, Vietnam is “trying”, while Thailand, previously the renewables darling of the region, recently published a power development plan that ignored renewables until 2025, Razzouk noted.

“Singapore does not yet understand that climate change is a national security issue. In 15 years, there will 3 million people on boats who want to come here. So what are we going to do then?” he said.

“Singapore took five years to order 60 electric buses… We can do so much better across the board. We have the resources and smarts, but they’re not being deployed aggressively or correctly.”

Razzouk’s fellow panelist was Bradley Busetto, director of United Nations Development Programme’s (UNDP) newly set-up Global Centre for Technology, Innovation and Sustainable Development in Singapore. He said that the clean energy transition in Southeast Asia was mainly being driven by the corporate world.

“It’s starting to happen [the clean energy transition], including in Asia, and it’s being driven by consumers and businesses more than by governments,” Busetto said.

“Companies are organically getting their heads around it [sustainable development] without having to be told—and not only the likes of Apple and Unilever,” he said.

Razzouk added that governments need to take responsibility for the climate crisis, as there was only so much that consumers can do besides switching to a meat-free diet, flying less, and recycling plastic.

“We need more Extinction Rebellion protests worldwide,” said Razzouk, referring to the London-born grassroots environmental movement that has spread to 40 countries, demanding governments be honest about the dangers of climate change, and reverse all climate-toxic policies.

“We need governments to implement long-term plans and prioritise the [sustainability] agenda,” he said.

Eco-Business is celebrating its 10th anniversary with a series of events throughout 2019. Subscribe to our newsletter to keep updated on our news and do spare some time to take our 2019 readers’ survey.

Here are a selection of photographs from Eco-Business’ tenth anniversary event. You can find the full album on our Facebook Page here. 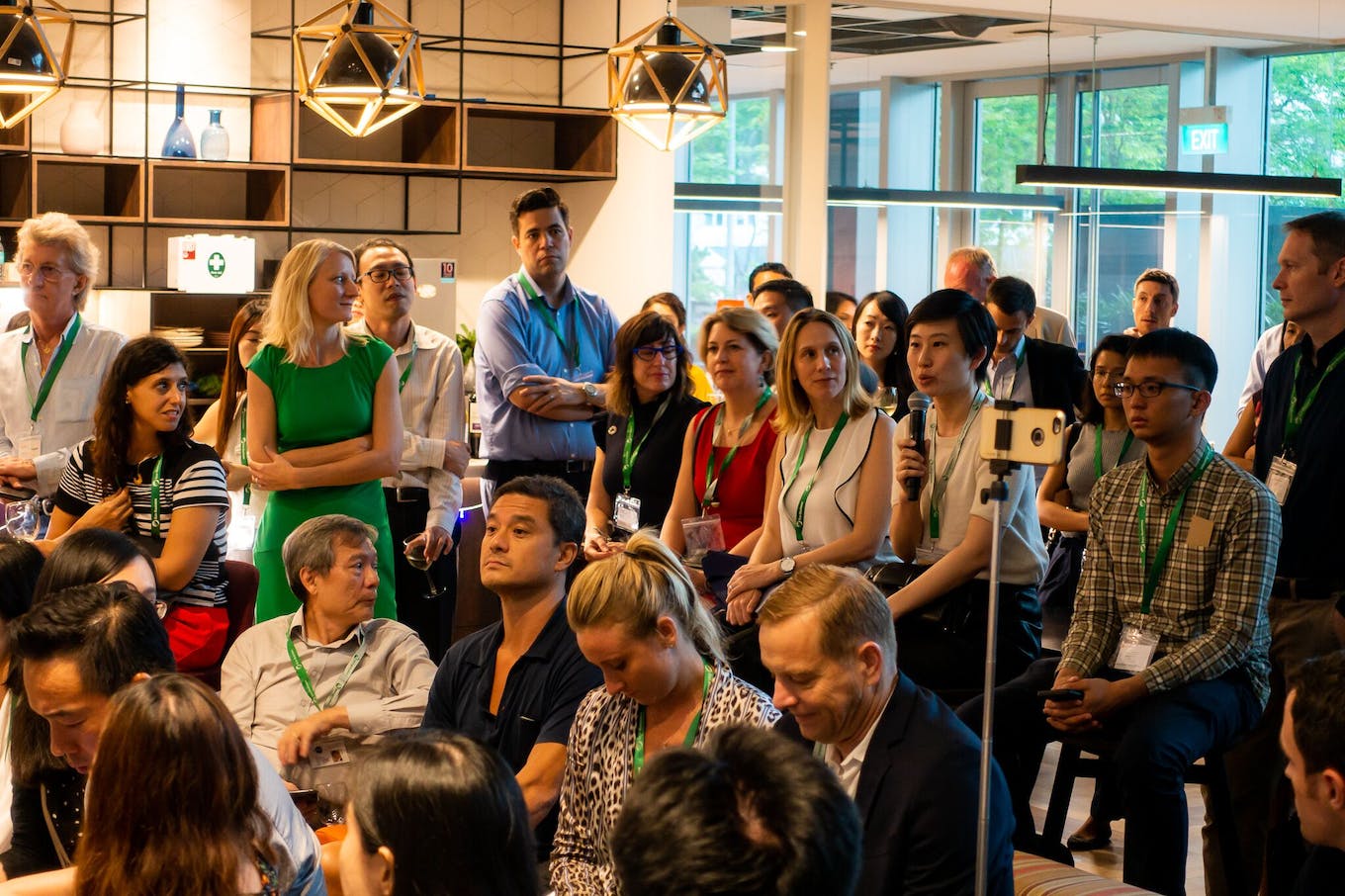 Kitty Bu of the European Climate Foundation asks a question during the panel discussion. 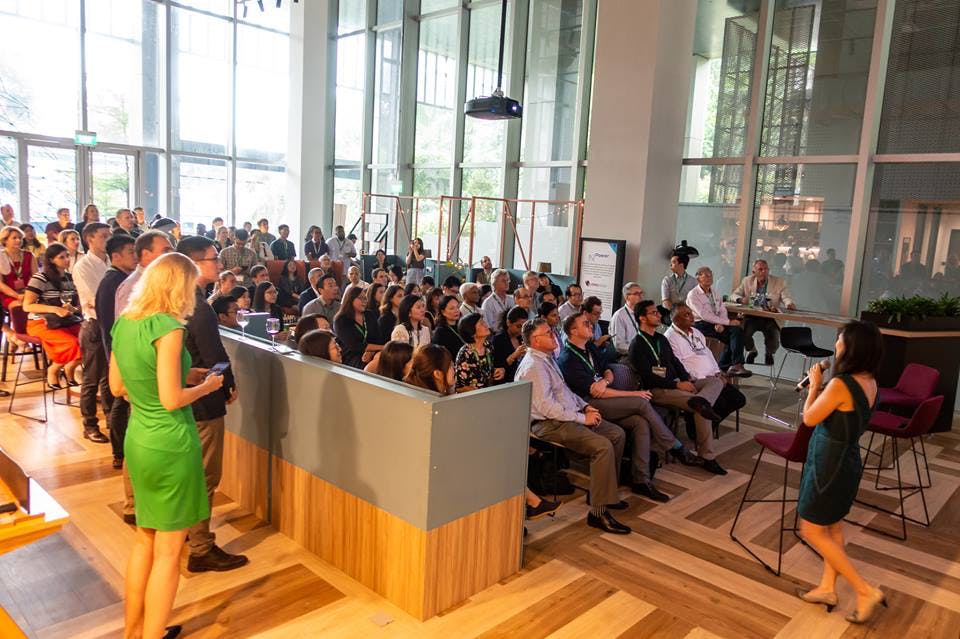 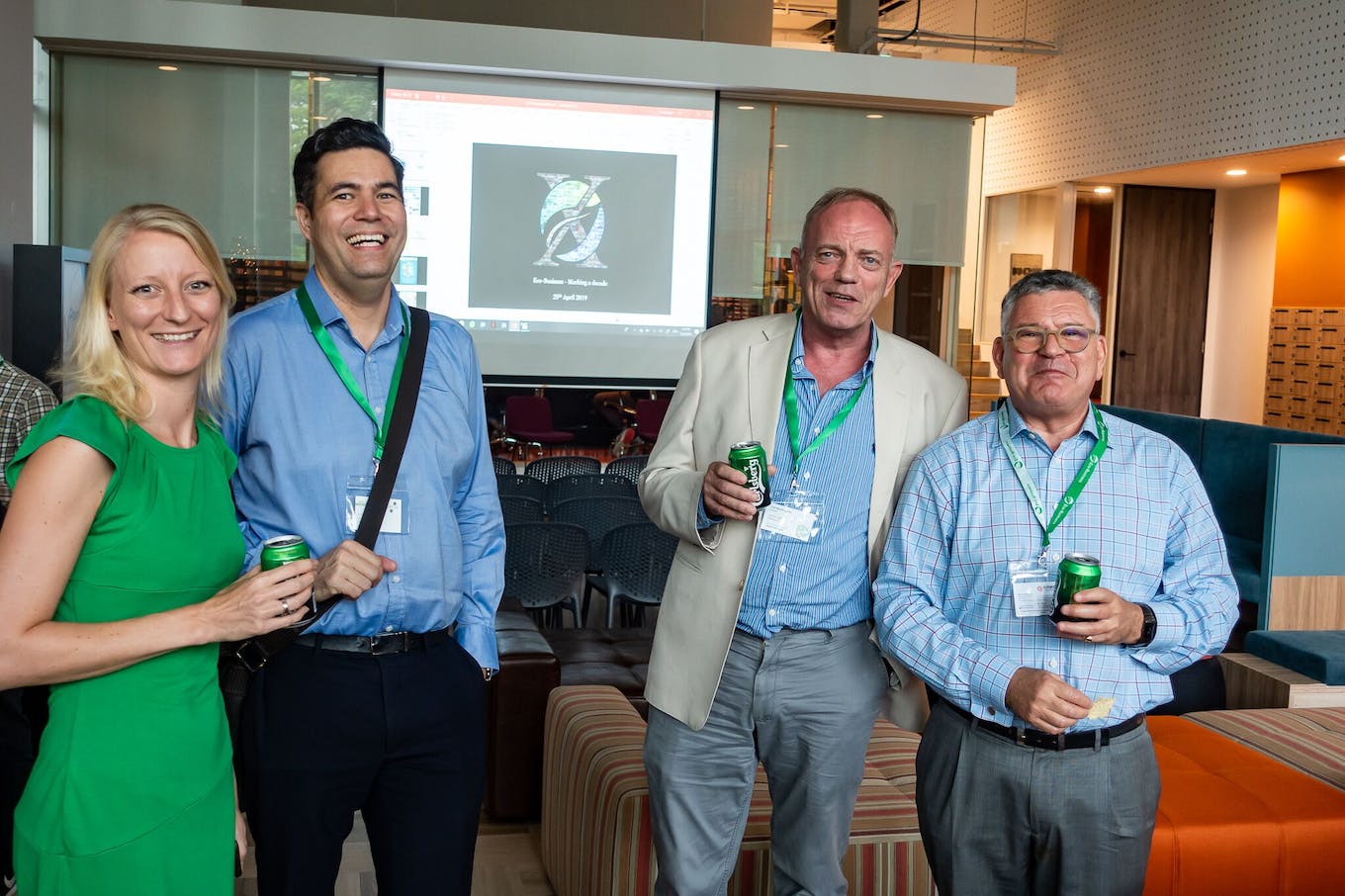 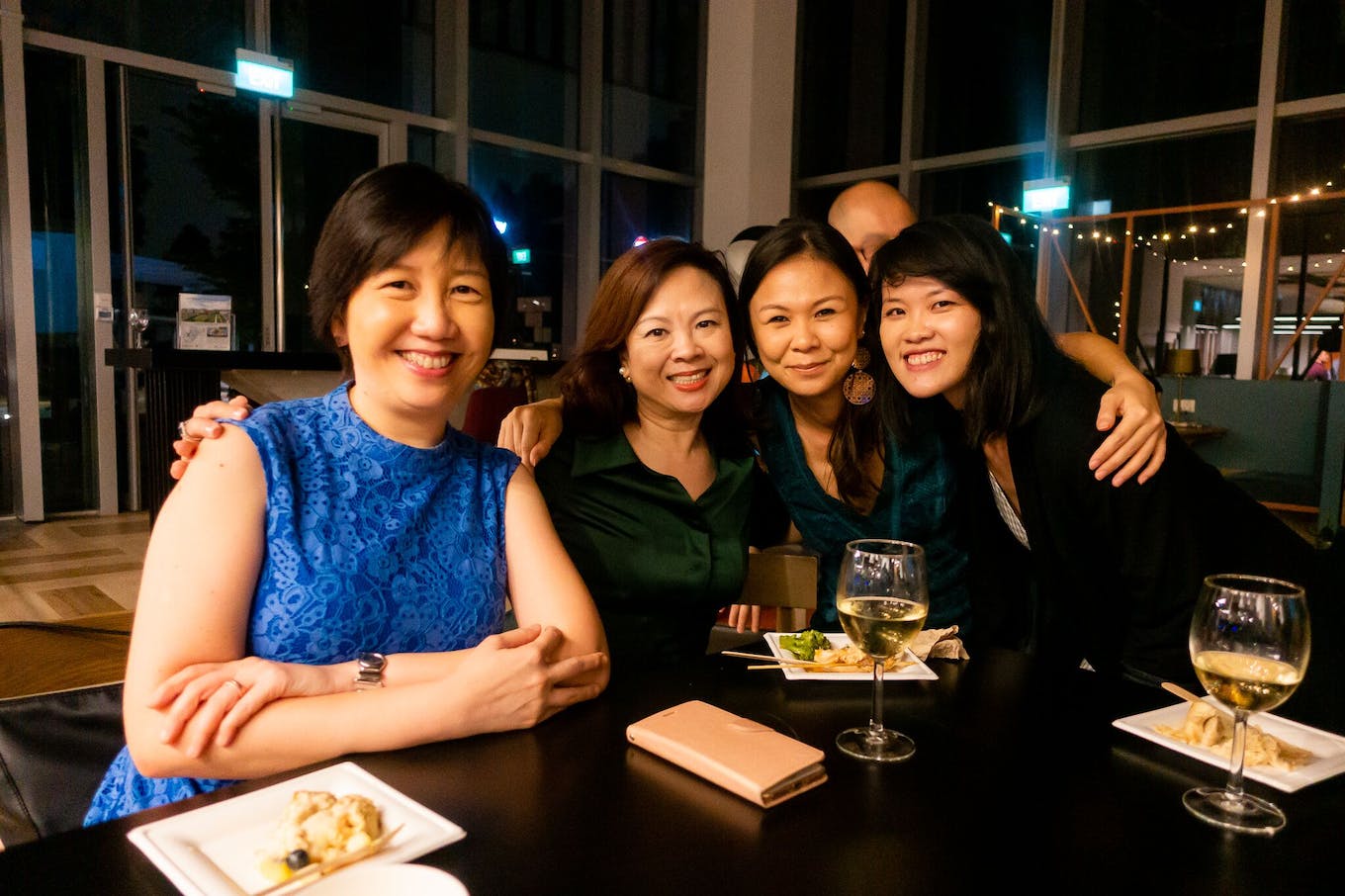 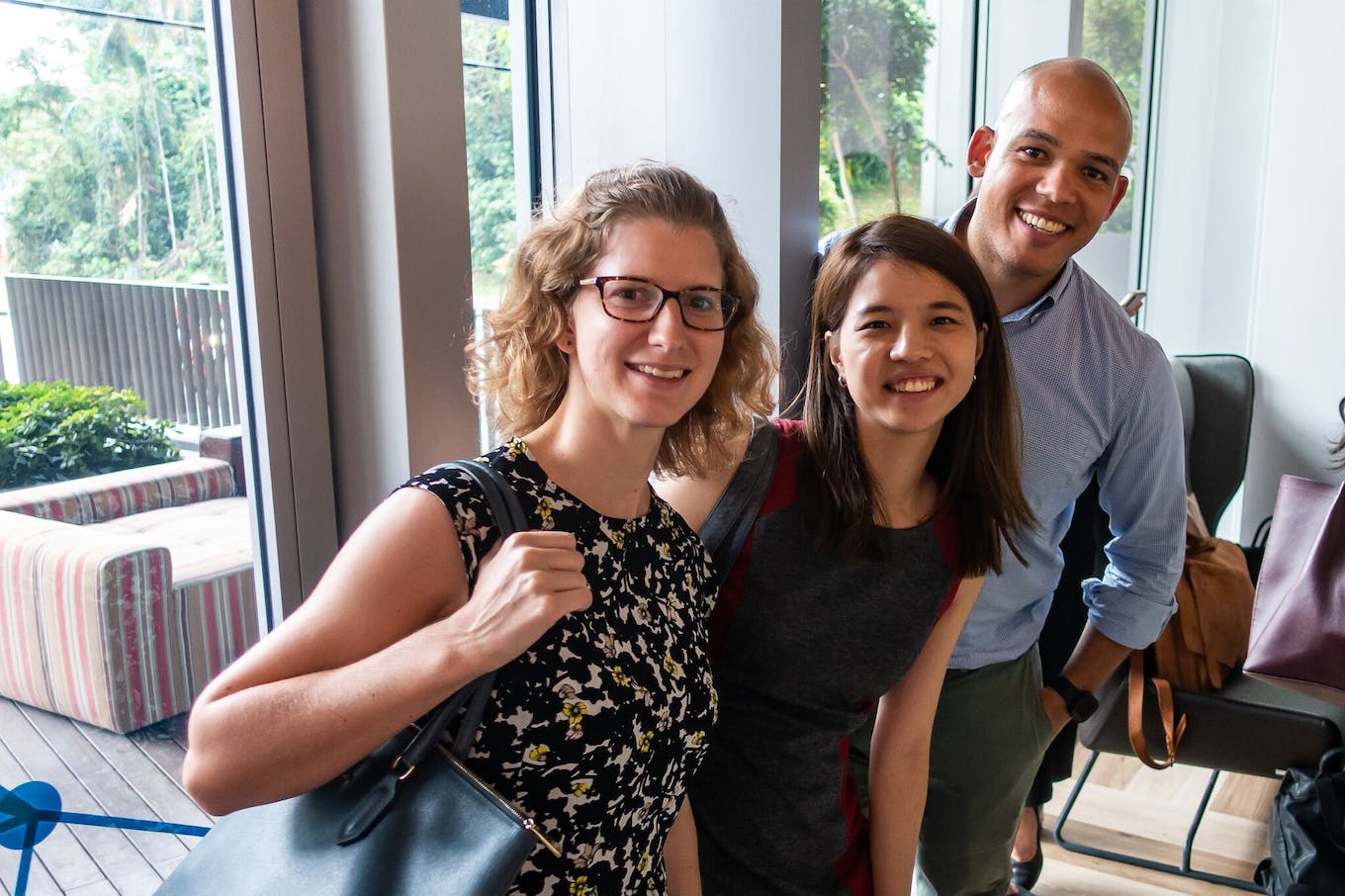 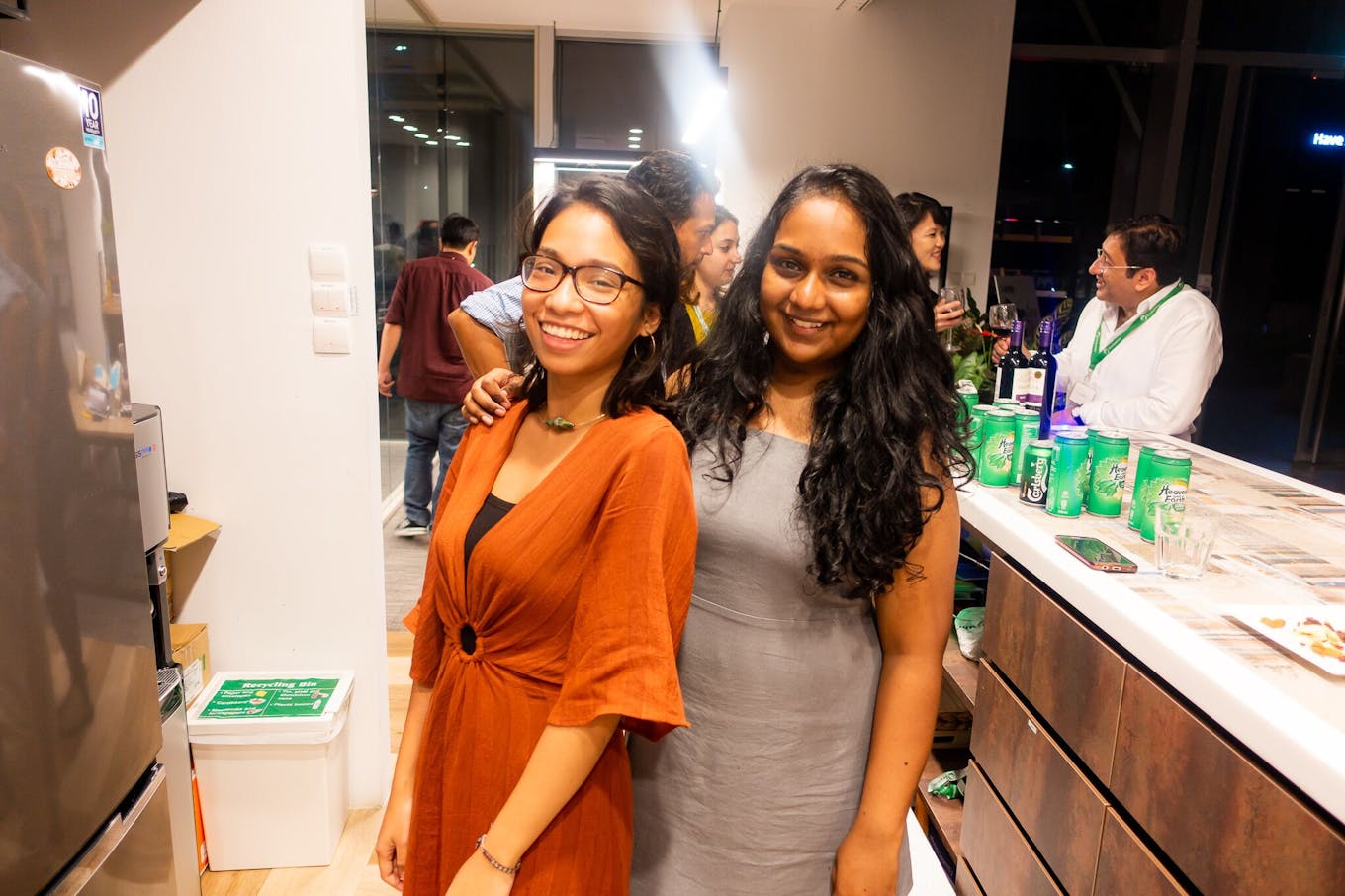 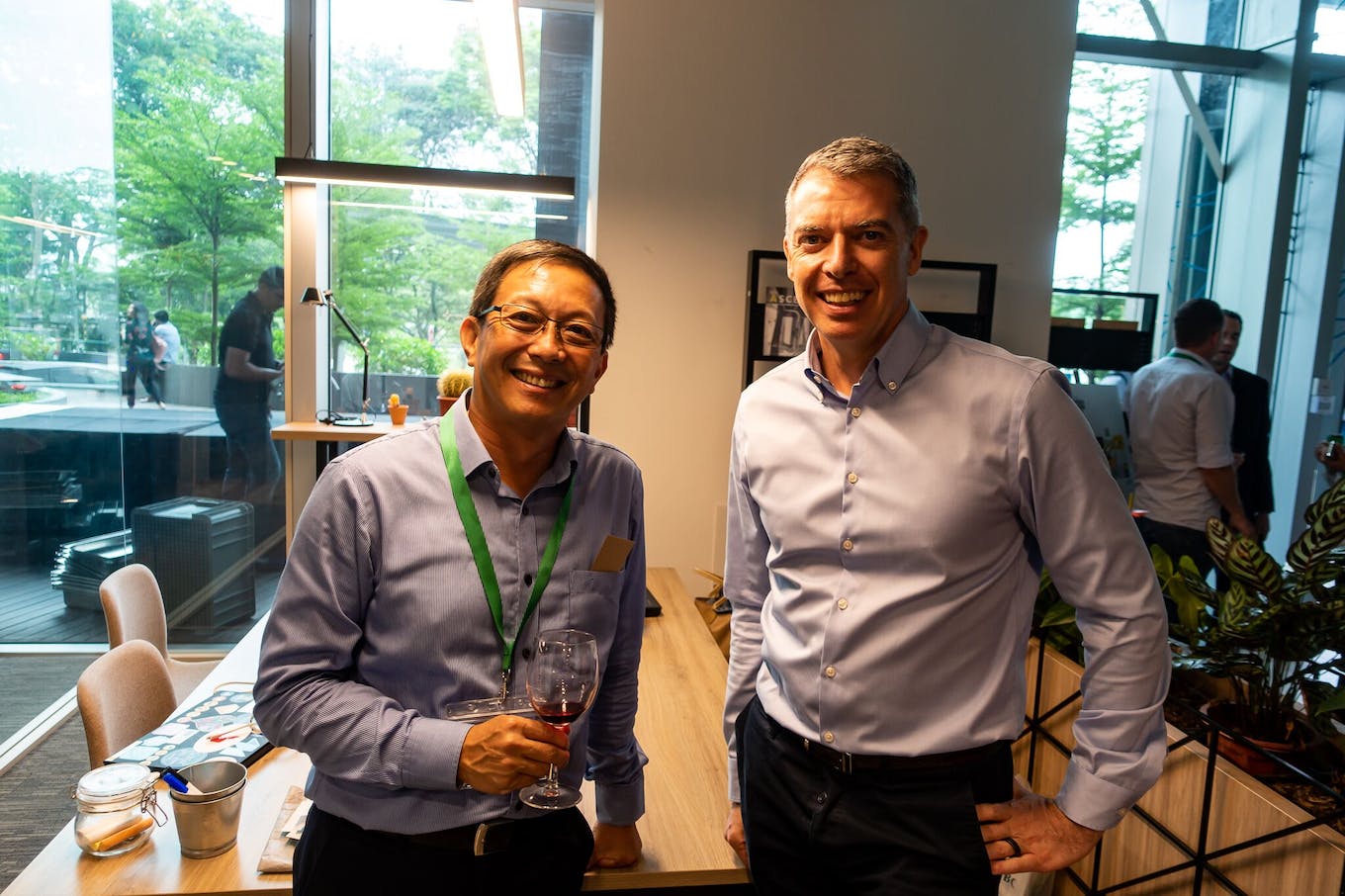 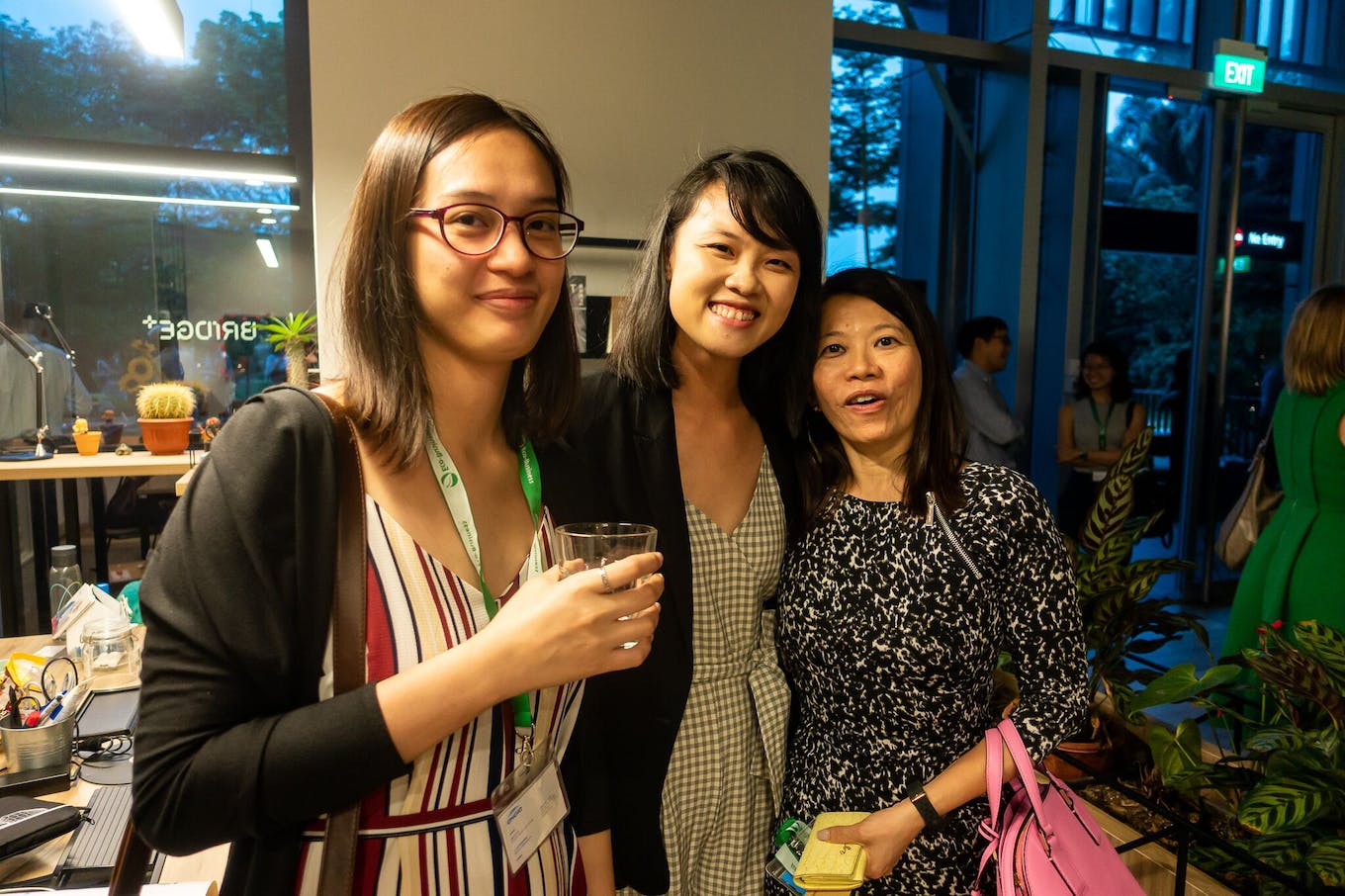 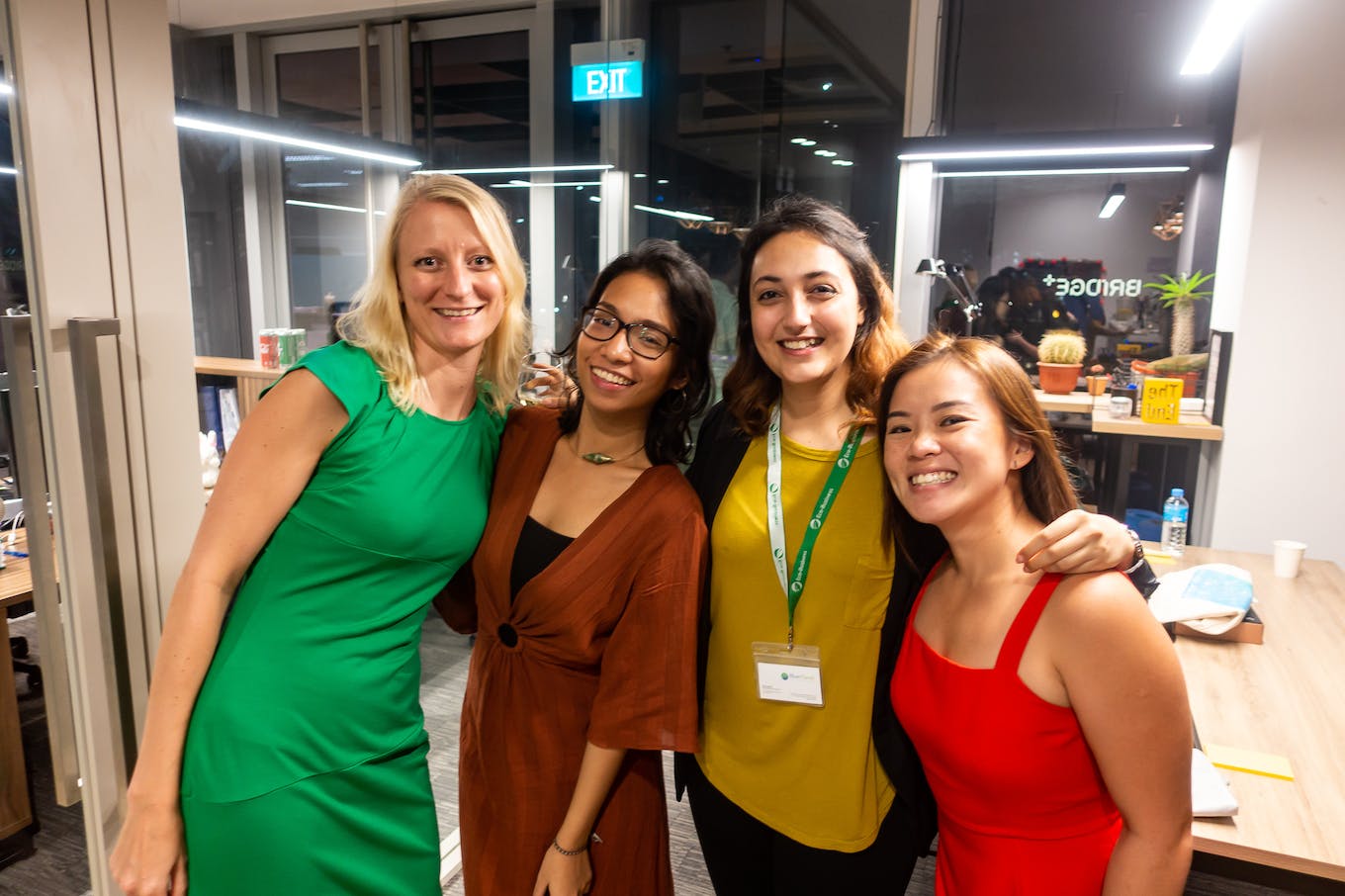 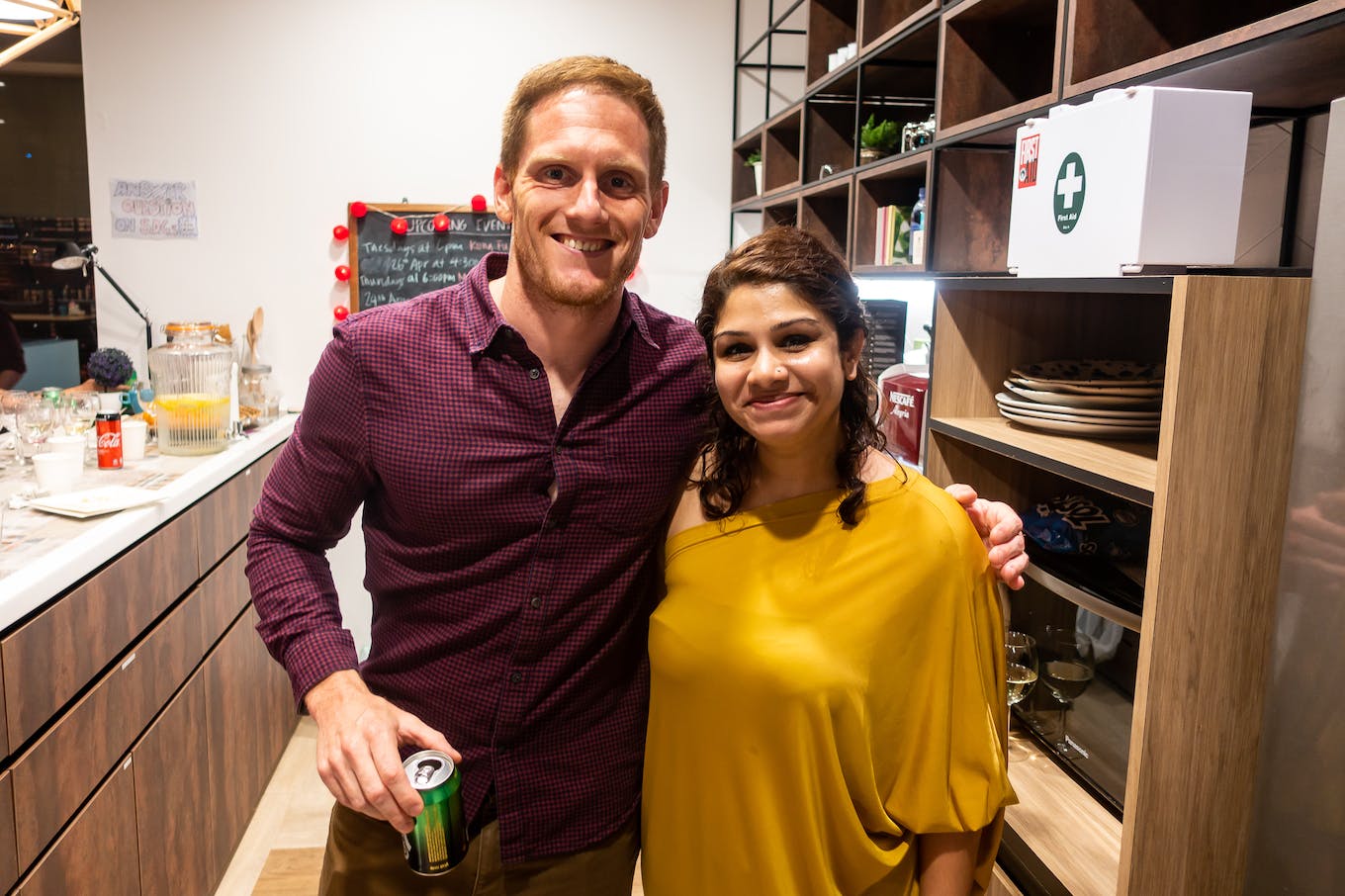