The greater the mix of gender, race and age on a company's board, the more likely the firm is to take bolder climate action, a study of the world's greenhouse gas emitters has found.

The more diverse a management board is, the more likely it is to take action to combat climate change, according to new research into the world’s biggest carbon-emitting companies.

Boards with a greater mix of gender, race, and age are more likely to take bolder measures to reach net-zero greenhouse gas (GHG) emissions, with gender diversity a particularly strong driver of corporate decarbonisation, the study of 159 global firms based in North America, Europe and Asia Pacific found.

Companies with a younger average age at board level are more likely to have ambitious decarbonisation strategies in place. Companies with better racial diversity at board level perform about the same on climate change commitments as their less racially diverse counterparts, the research found.

The study by London-based sustainability consultancy A Bird’s Eye View and diversity non-profit BoardReady covered the largest corporate GHG emitters that represent more than 80 per cent of industrial emissions globally. It rated how well prepared a company is to transition to net-zero, and used the gender, race, median age, age span, and tenure of board directors as diversity indicators.

The world is watching, looking to companies for conviction. The evidence is clear that more inclusive leadership promotes bolder decisions on climate change. 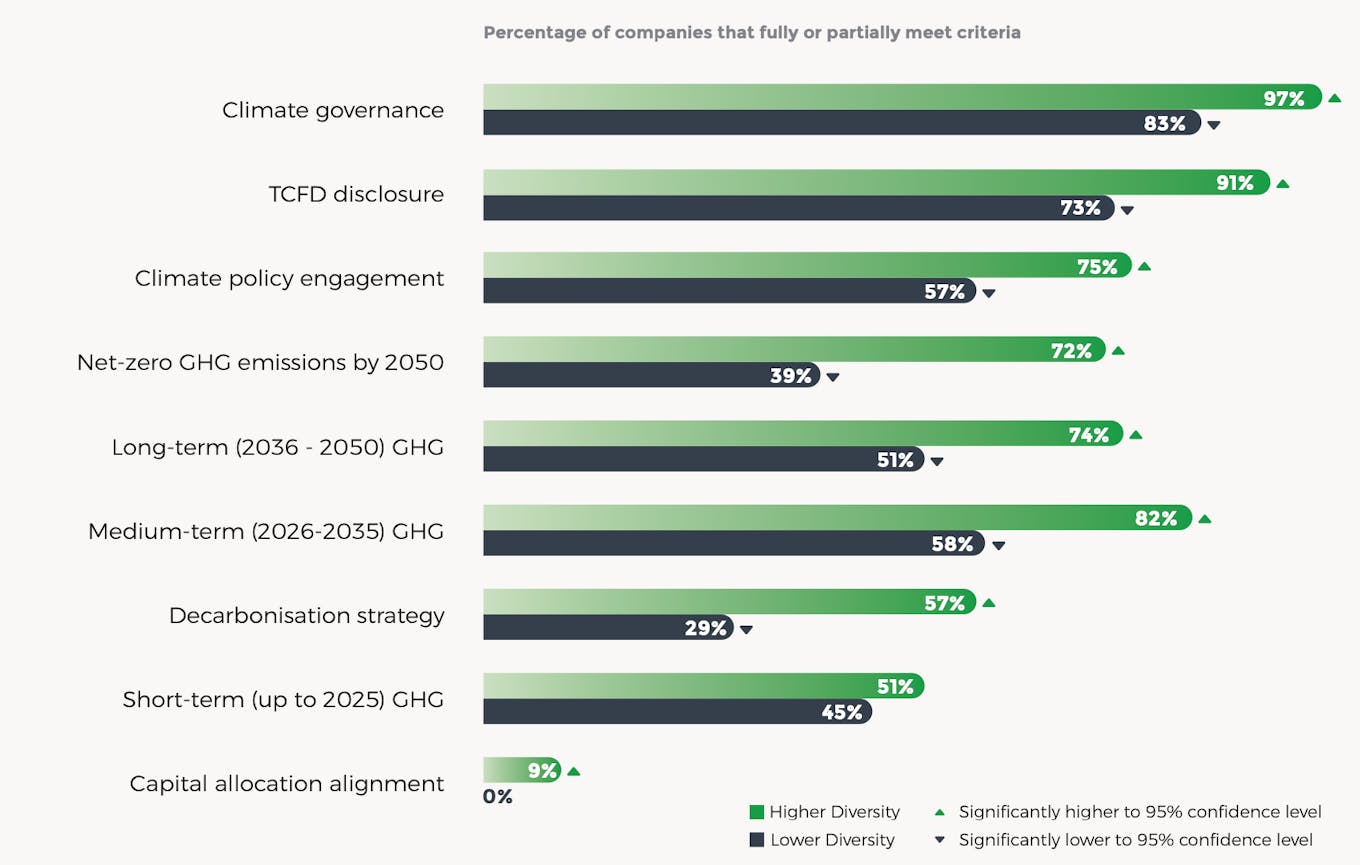 Companies with higher gender, race and age diversity tend to be bolder climate actors, the study by A Bird’s Eye View and diversity non-profit BoardReady found.

The findings may partly explain why Asia Pacific firms have been slower to take climate action than Western companies. While 59 per cent of European companies and 37 per cent of companies in North America have at least 30 per cent of board seats held by female directors, no Asian firms have the same level of female representation in the boardroom.

On racial diversity, Asian firms also trail their Western counterparts. More than half (52 per cent) of US companies have at least 20 per cent of board seats held by racially diverse directors, compared to 12 per cent of European firms and 9 per cent of Asian companies.

The study found that big emitters are much better at climate disclosure and targeting — with more than half of firms committing to 2050 net-zero targets and 80 per cent aligning disclosures with the Task Force on Climate-Related Financial Disclosures — than allocating the capital needed for climate action. Just 4 per cent have allocated capital to long-term carbon reduction targets. 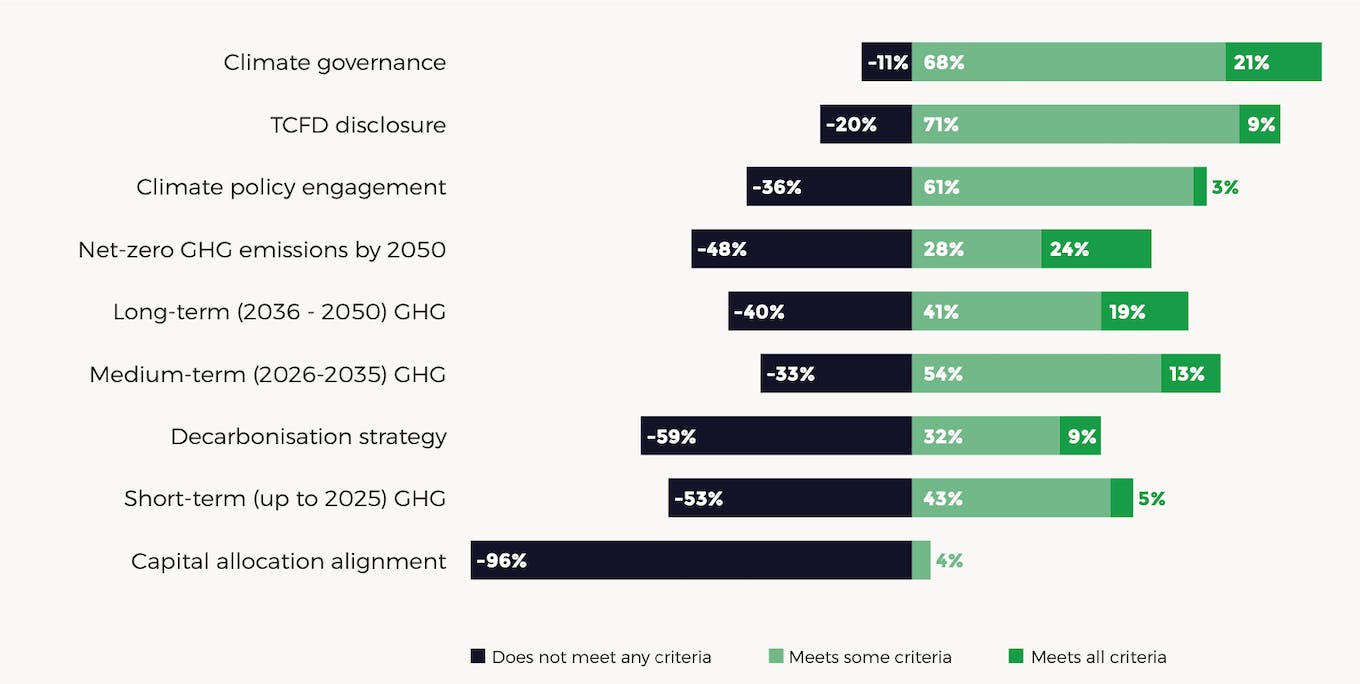 Companies are also much more likely to act on climate if the board is directly responsible for carbon reduction measures and if executive pay is linked to carbon reduction performance. But only one in five companies have both of these climate governance schemes in place; 36 per cent of European companies have both, compared to 13 per cent of firms in North America and 9 per cent in Asia.

The world’s biggest emitters need to elevate and integrate climate stewardship throughout the board, including strategy, risk oversight, and remuneration, the study’s authors suggested.

The report emerges as the world’s leaders convene in Glasgow for critical climate talks, and pressure mounts on companies to rein in their carbon emissions. “The world is watching, looking to companies for conviction,” said A Bird’s Eye View managing director, Helena Wayth.

There is clear evidence that more inclusive leadership promotes bolder decisions on climate change, she noted. “The spotlight is on the commitments and the capital needed to decarbonise the economy. More attention is needed on the board composition, process and leadership needed to steward this transition,” she said.