New financing mechanisms are needed to deal with rising climate risks in the coming years, while existing pledges are not yet fulfilled. The world is on track to about 2.5°C of warming based on the latest estimates.

Egypt will cut greenhouse gases from its power sector by 33 per cent from business-as-usual by 2030. Emissions from oil and gas will drop 65 per cent. Farms will be made more climate resilient and coastal settlements will be fortified against rising sea levels.

All these pledges are contingent on the North African country receiving US$240 billion in climate funding. A net-zero target is not on the table. 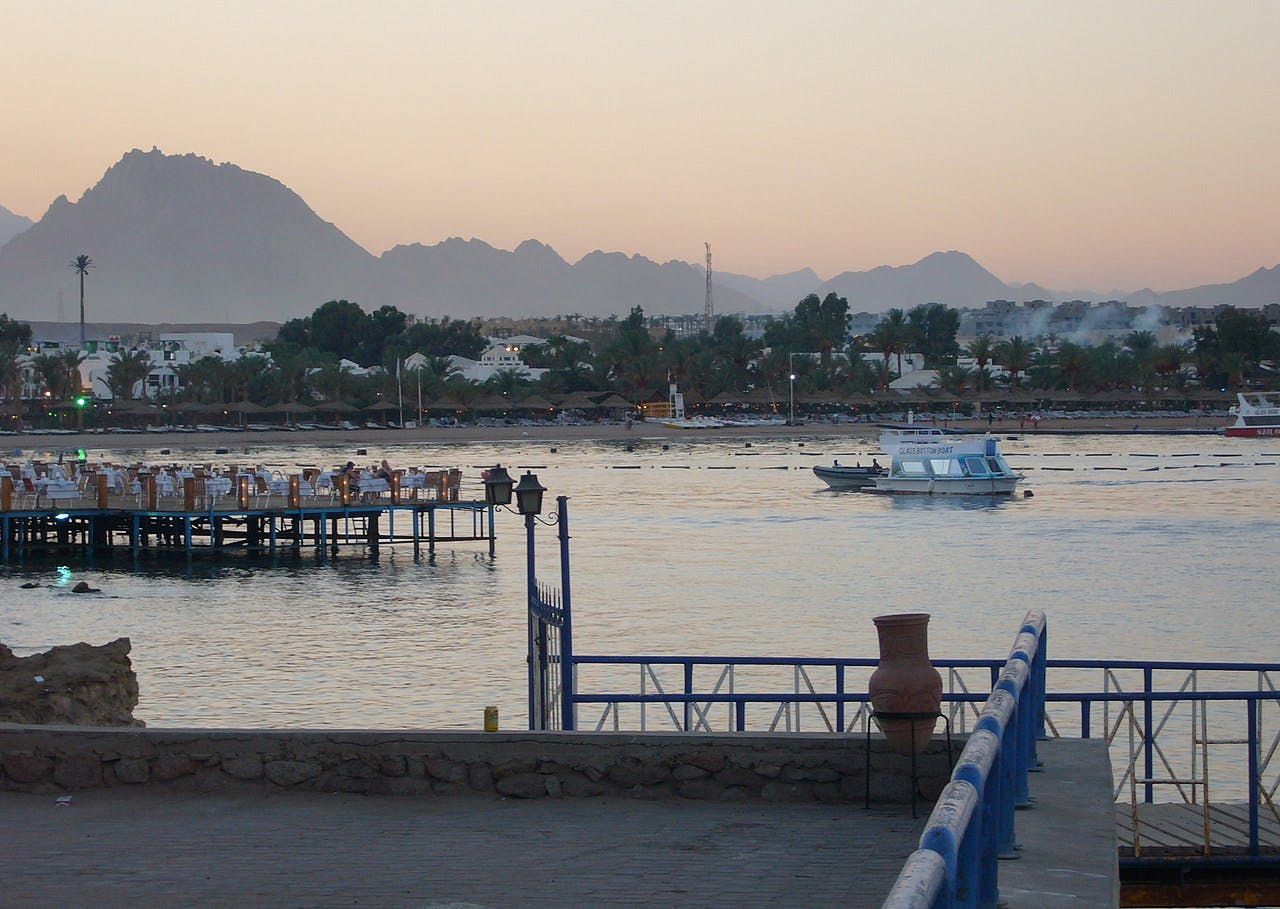 Egypt is one of over 50 developing countries that have pegged their climate ambitions to external funds. In total, US$1.5 trillion is being asked for from the rich world, according to United States-based non-profit World Resources Institute.

Negotiators from developing countries will have a chance to make their requests in person next week in Egypt, at the global climate summit COP27.

Last year, the COP26 conference in Scotland ended with countries promising to do more to keep global warming within 1.5 degrees Celsius this century. Russia’s invasion of Ukraine, and the resultant energy and food shortages, took much of the attention away. Global emissions also rose 6 per cent year-on-year as economic activity bounced back from 2020’s Covid-19 lockdowns.

This year, as representatives from nearly 200 countries and countries meet in Sharm El-Sheikh, a coastal resort along the Red Sea, the attention is expected to shift to the funds needed for the poorer regions of the world to survive in a too-warm world.

Apart from over 1,700 lives, Pakistan lost US$30 billion from severe mid-year floods, and will need another US$16 billion to recover from it, according to the World Bank. Prior to the deluge, South Asia was baked in record heat waves that also singed crops across neighbouring India.

Such events are fuelling calls for “loss and damage” reparations, the idea being that developing countries should receive more help in managing climate events that they are largely not responsible for.

The Alliance of Small Island States (AOSIS), comprising countries most at risk from typhoons, droughts and sea-level rise, wants a dedicated fund to help poorer nations manage climate disasters as and when they happen.

The idea was shot down by jurisdictions like the European Union and the United States at COP26 last year, and a three-year work programme, focusing largely on technical matters, was agreed upon instead.

Now, supported by the Egyptian hosts and on the back of climate-fuelled disasters, AOSIS and other developing countries are renewing calls for negotiations on a loss and damage fund to be on the COP27 agenda.

Scotland and Denmark have offered about US$14.5 million between them for loss and damage. The European Union has said it supports negotiations on the topic at COP27, but stopped short of supporting a dedicated fund. Germany and Chile climate officials are in charge of the loss and damage talks over the next fortnight.

The success of COP27 will be judged by the outcome of loss and damage talks, said Sandeep Chamling Rai, senior advisor for global climate adaptation policy at environmental group WWF International.

“Our expectation on this agenda item is that COP27 must establish a funding facility under the UNFCCC,” Rai said, referring to the United Nations Framework Convention on Climate Change. He conceded that the topic is “highly politicised and highly sensitive”.

“Do we expect a fund at the end of the two weeks [of COP27]? I hope so, but we’ll have to see how parties deliver on that, it is not up to the [COP27] presidency,” said Egypt’s chief climate negotiator Mohamed Nasr at a press briefing last month.

“If they do not deliver, we will use our maximum diplomatic skills to bring them together to an agreement on a way forward that is focused on delivering finance for loss and damage,” Nasr added. 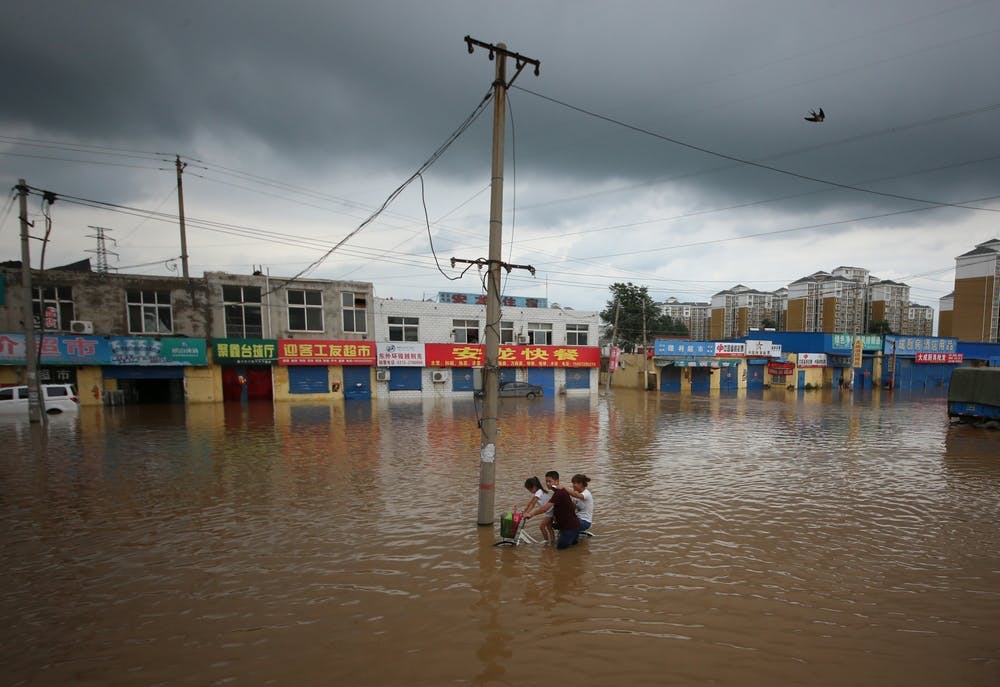 Facing up to climate threats

Countries on the frontlines of extreme weather also want more resources to prepare for such events before they happen. The lack of preparedness has been cited time and again for the high death and economic toll of recent floods and storms.

Climate adaptation is especially key for Africa. The continent has been losing 5 to 15 per cent of its economic growth due to climate-fuelled events like droughts and crop failures, according to the African Development Bank. Pumping in money to adapt to these risks can result in five times the returns later, Netherlands-based group Global Center on Adaptation said last year.

But the upfront costs could also be staggering. The United Nations Environment Programme said that developing countries could need US$70 billion for climate adaptation today, rising to up to US$300 billion in 2030 and US$500 billion in 2050.

Developed countries have been told to double the amount of adaptation finance provided in 2019 by 2025, which will add up to only around US$40 billion. The rich world has also been urged to provide at least US$100 billion a year in overall funds, which also includes money to cut emissions, from 2025 onwards.

As it stands, the global funding landscape is severely tilted towards climate mitigation projects, with less than 10 per cent of funds ever disbursed, or just about US$60 billion, going to adaptation, according to US non-profit Climate Policy Initiative.

Governments will also need to find “new, innovative” sources of funding, such as by taxing fossil fuel companies, Rai said.

Countries like Italy and Greece are already levying ‘windfall taxes’ on oil and gas firms enjoying the gains from high fuel prices. Such taxes are also set to pass in Netherlands and across the European Union, though similar moves in the United States are expected to face heavy industry and lawmaker opposition.

Egypt will also be reminding the rich world at COP27 about its existing pledges, many of which remain unfulfilled.

The headline figure in recent years has been the US$100 billion of climate finance a year developed countries promised in 2009, but up until 2020 has managed to deliver just over 80 per cent of. Disbursement data for 2021 is not yet available.

More recent financial commitments are also underfiring, Egypt’s Nasr said, pointing to the US$350 million pledged at COP26 last year for an adaptation fund, of which US$230 million has not been fulfilled.

“Developing countries are raising strong concerns about that,” Nasr said.

“We are hearing nice pledges that make headlines, but when it comes to delivering on those pledges, things are different,” he added. Egypt has frequently billed the upcoming summit as an “implementation COP” – referring to their aim to nudge countries on targets already set.

“We want to keep the ambition cycle going when it comes to planning and NDCs, but let us also work on the ground and see how we can deliver for the people,” Nasr said. NDCs refer to Nationally Determined Contributions, the voluntary climate targets countries make to help keep a lid on dangerous global heating.

Money is a means of exchange, and the underlying commodity that is being exchanged at COP27 is trust.

Accusations that the world is backsliding on climate commitments have been made by both Egypt and the United Kingdom, the host of COP26. They come as Europe re-opens coal plants and looks to purchase more natural gas, including from Africa, to cope with a Russia-Ukraine war-induced energy shortfall.

In August, the G20 group of major economies, which generate 80 per cent of the world’s emissions, failed to agree on new climate and energy commitments. The group consists of both rich nations and developing ones like Indonesia and India.

“The broader context for [developing] countries is that this year, the crisis around Russia and Ukraine, and the Covid-19 crisis, are effectively sucking investments out of these countries. It is a very difficult environment for them to operate in, and they have very little fiscal space to be taking climate action,” said Kate Levick, associate director of sustainable finance at London-based think tank E3G.

But issues like political instability and the collapse of governments could be made worse if we do not address climate change, said Professor Benjamin Horton, director of the Earth Observatory of Singapore.

“If you pick up the newspaper these days, it’s hard not to be overwhelmed by the headlines: historic wildfires, a deadly tropical cyclone and an European war unlike any in recent memory,” Horton said.

“Climate change isn’t entirely responsible for any of these problems, but there is a growing body of literature suggesting that climate change shapes political and social stability,” he said.

“These interlinked crises underscore the urgent need for countries to work together at COP27 to help tackle the consequences of rising global temperatures that are falling disproportionately on developing countries,” Horton added.

There have been some bright spots. Global renewables capacity is set to rise 20 per cent, led by China’s record 156 gigawatts of wind and solar power installations this year. The United States passed a US$400 billion climate bill in August to hasten the development of clean energy technologies. Many European nations are pushing forward renewable energy targets for power self-sufficiency.

Despite the efforts, the world is on track for about 2.5°C of global warming, based on current emissions trajectories, according to United Nations reports released last week.

Updated climate pledges between COP26 and COP27, asked for by last year’s hosts and responded to by less than 30 countries, will reduce projected emissions in 2030 by less than 1 per cent. A trajectory for keeping global warming at 1.5°C this century requires emissions to drop by over 40 per cent in 2030, according to major science reports.

“I know that some people think this can’t be done over the next eight years. But we can’t just throw our hands up in the air and say that we failed before we even really tried,” said Inger Andersen, executive director of UNEP.

“Every fraction of a degree matters to vulnerable communities and those who are still to be connected to the electricity grid,” Andersen said.

Many big-ticket agenda items at COP27 will be work-in-progress. The next big tranche of climate finance is for 2025 and beyond. A major effort to define what needs to be done globally for climate adaptation is due in 2023. The Glasgow Dialogue for loss and damage needs to be completed only in 2024.

A “global stocktake” of climate action is also due in COP28 next year, the results of which are generally expected to fuel calls for more urgent measures.

But for some, progress on climate action cannot come fast enough.

“We spend a lot of [money] organising conferences…if we care about our planet and the climate, I think we need to minimise that as much as possible, and try to deliver small grants for climate finance at the grassroots level,” said Tual Sawn Khai, a postgraduate research fellow in Hong Kong’s Lingnan University. Khai is part of an indigenous community from Myanmar’s western Chin state.

Khai also called for more money for research on the impacts of climate change on indigenous peoples, women, children and the elderly.

“Money is a means of exchange, and the underlying commodity that is being exchanged at COP27 is trust,” said E3G’s Levick.